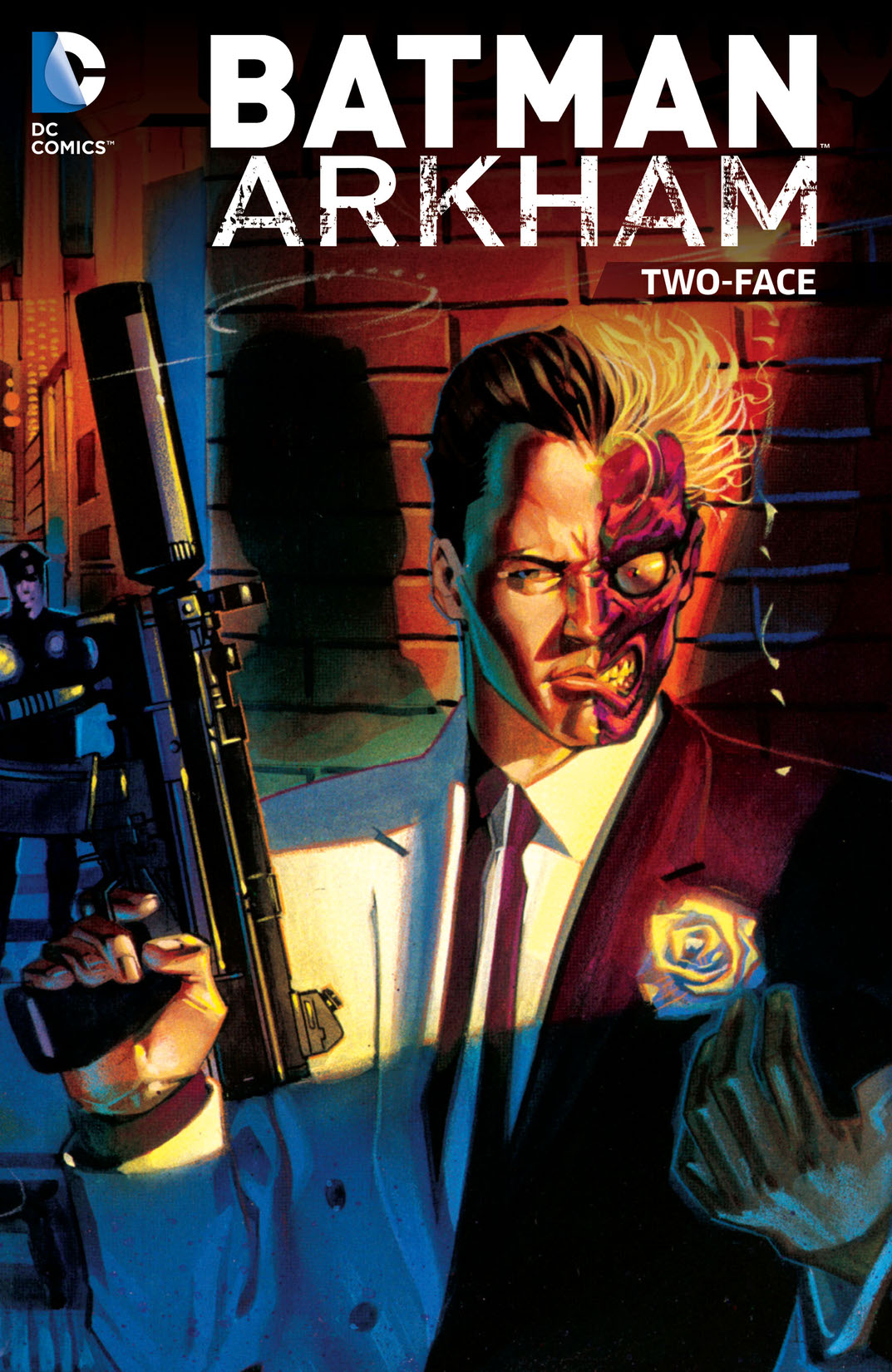 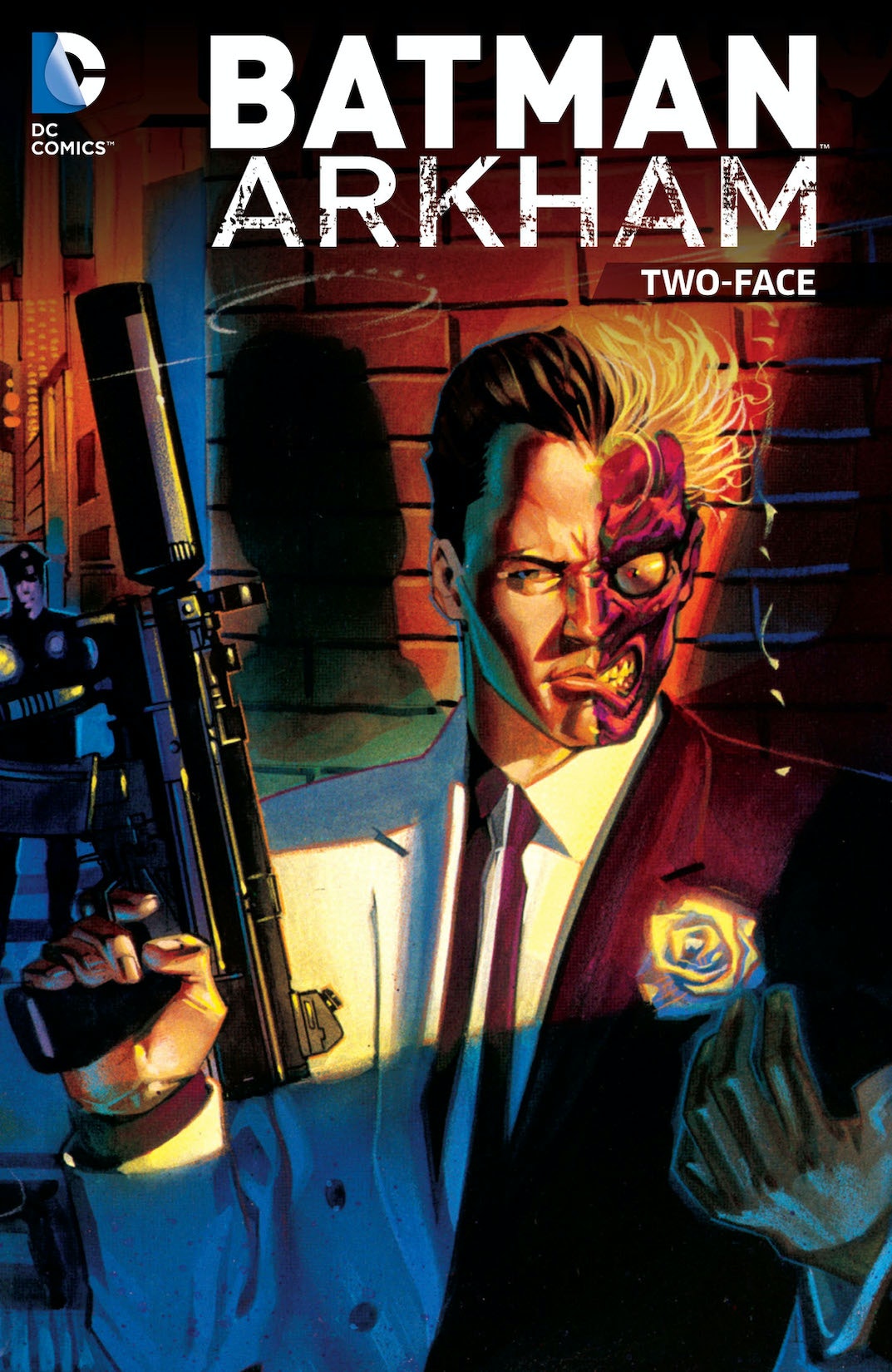 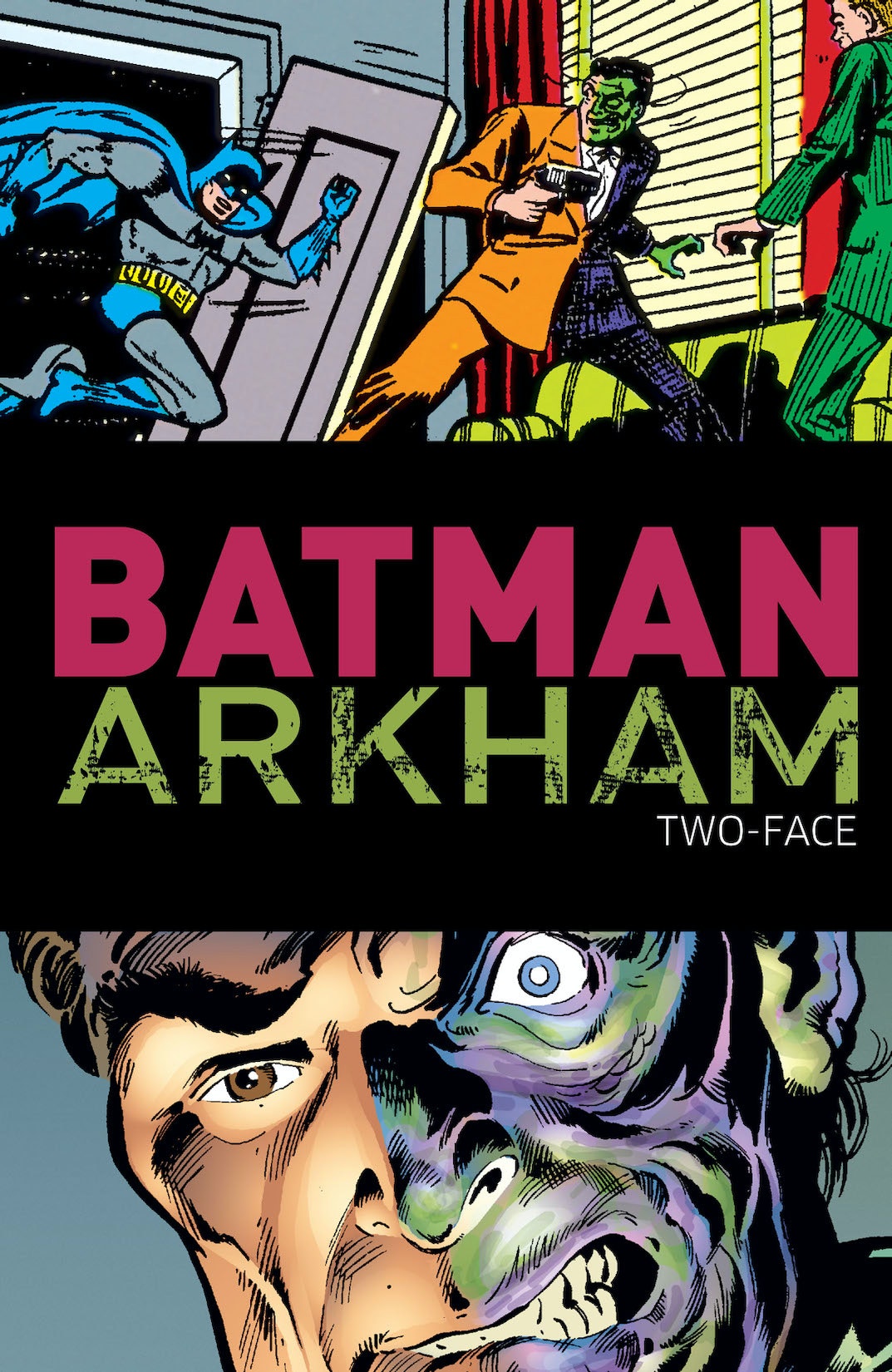 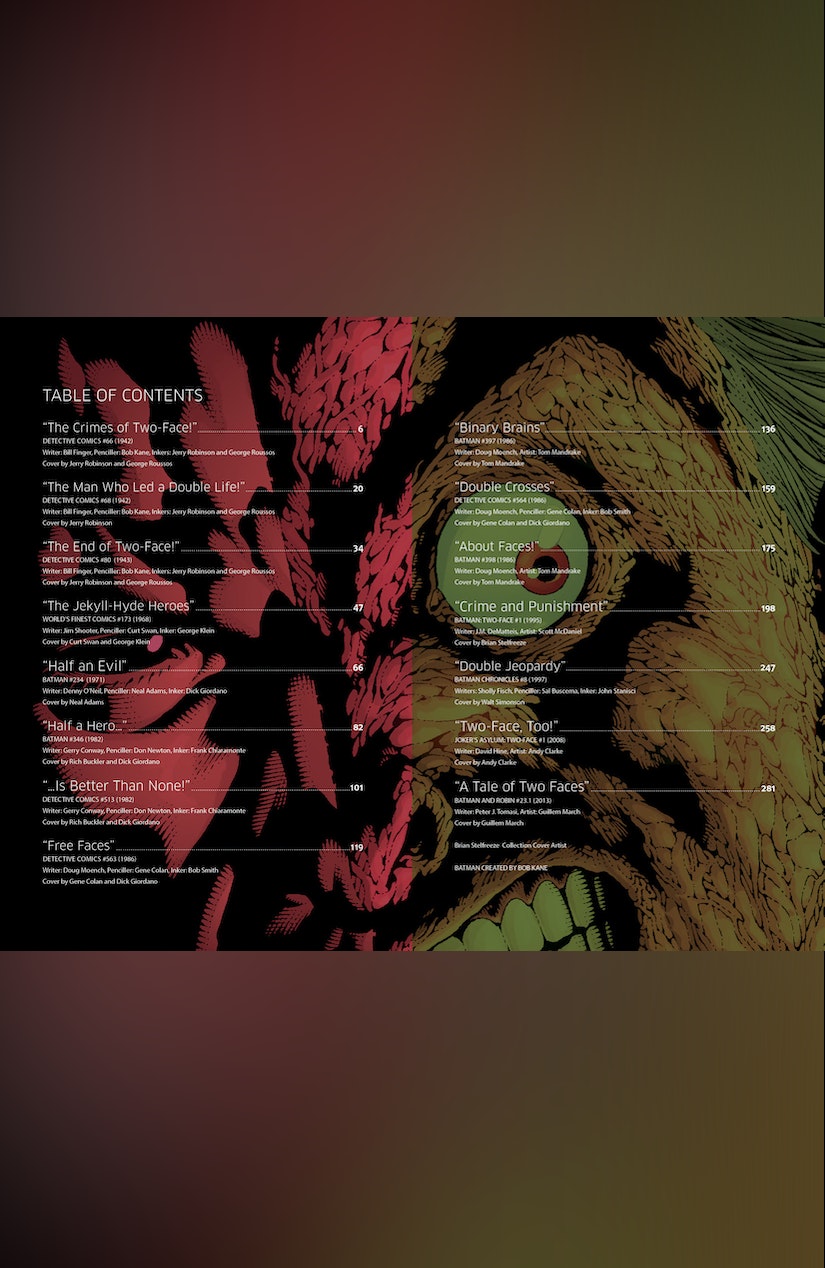 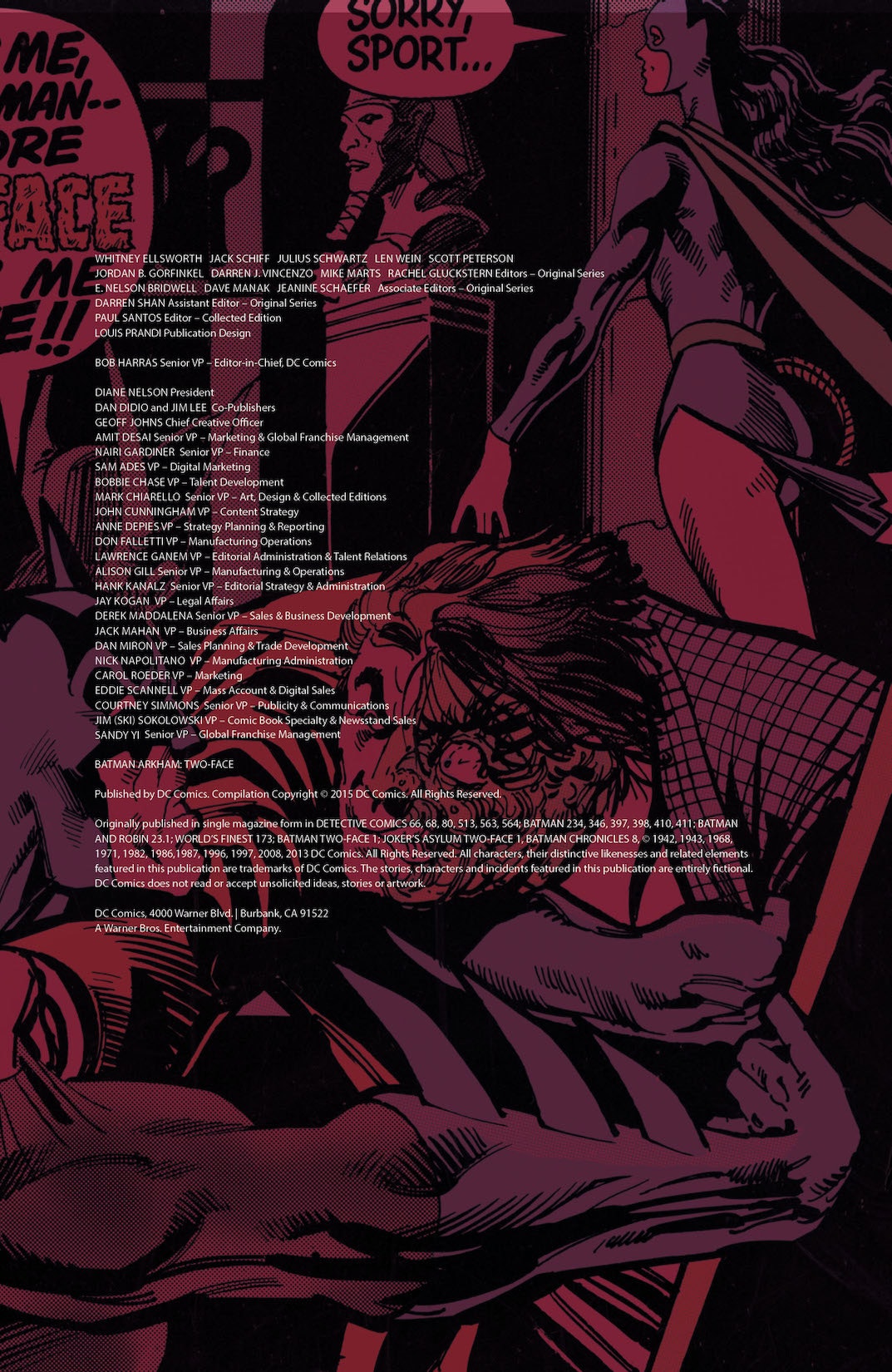 An unprecedented anthology of the greatest Two-Face stories ever told. He was Harvey Dent, Gotham City’s crusading district attorney and one of the Batman’s closest allies, until an act of vengeance changed everything. With the left side of his face horribly deformed, Dent’s mind shattered. One half of his personality remained the law-abiding D.A., the other became a crazed, murderous villain who calls himself Two-Face! Scarring one side of his “lucky” two-headed silver dollar, the criminal allows the coin to choose his actions-good or evil, there is nothing else. BATMAN ARKHAM: TWO-FACE collects work by some of the industry's greatest creators, including Peter Tomasi (BATMAN AND ROBIN), Curt Swan (SUPERMAN), Denny O’Neil (BATMAN), Bill Finger (DETECTIVE COMICS), Scott McDaniel (THE BRAVE AND THE BOLD), Guillem March (GOTHAM CITY SIRENS) and many more! Includes DETECTIVE COMICS #66, #68, #80, #513, #563, #564; BATMAN #234, #346, #397-98, #410, #411; BATMAN AND ROBIN #23.1; WORLD’S FINEST #173; BATMAN TWO-FACE #1; JOKER’S ASYLUM TWO-FACE #1; BATMAN CHRONICLES #8.