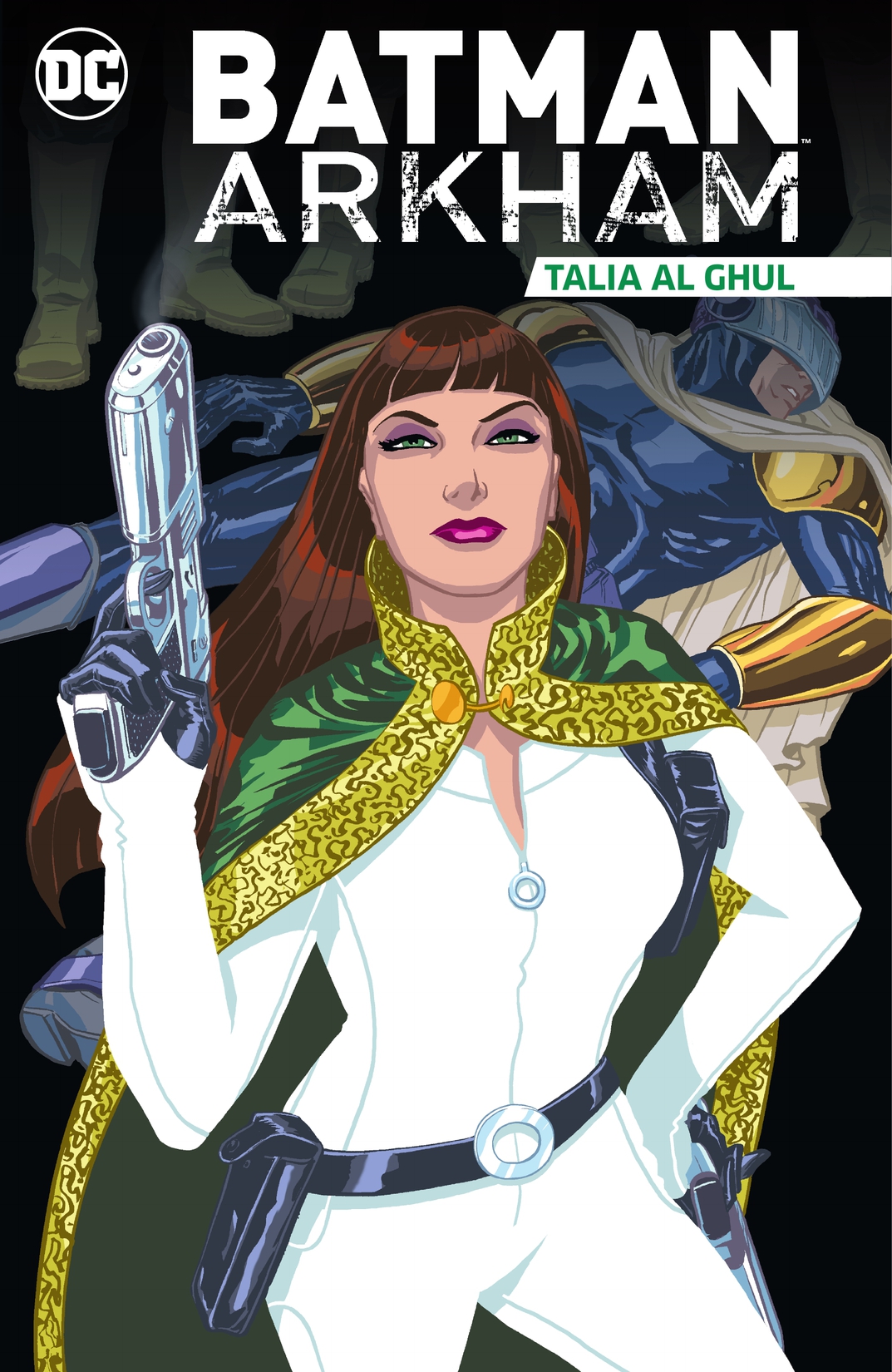 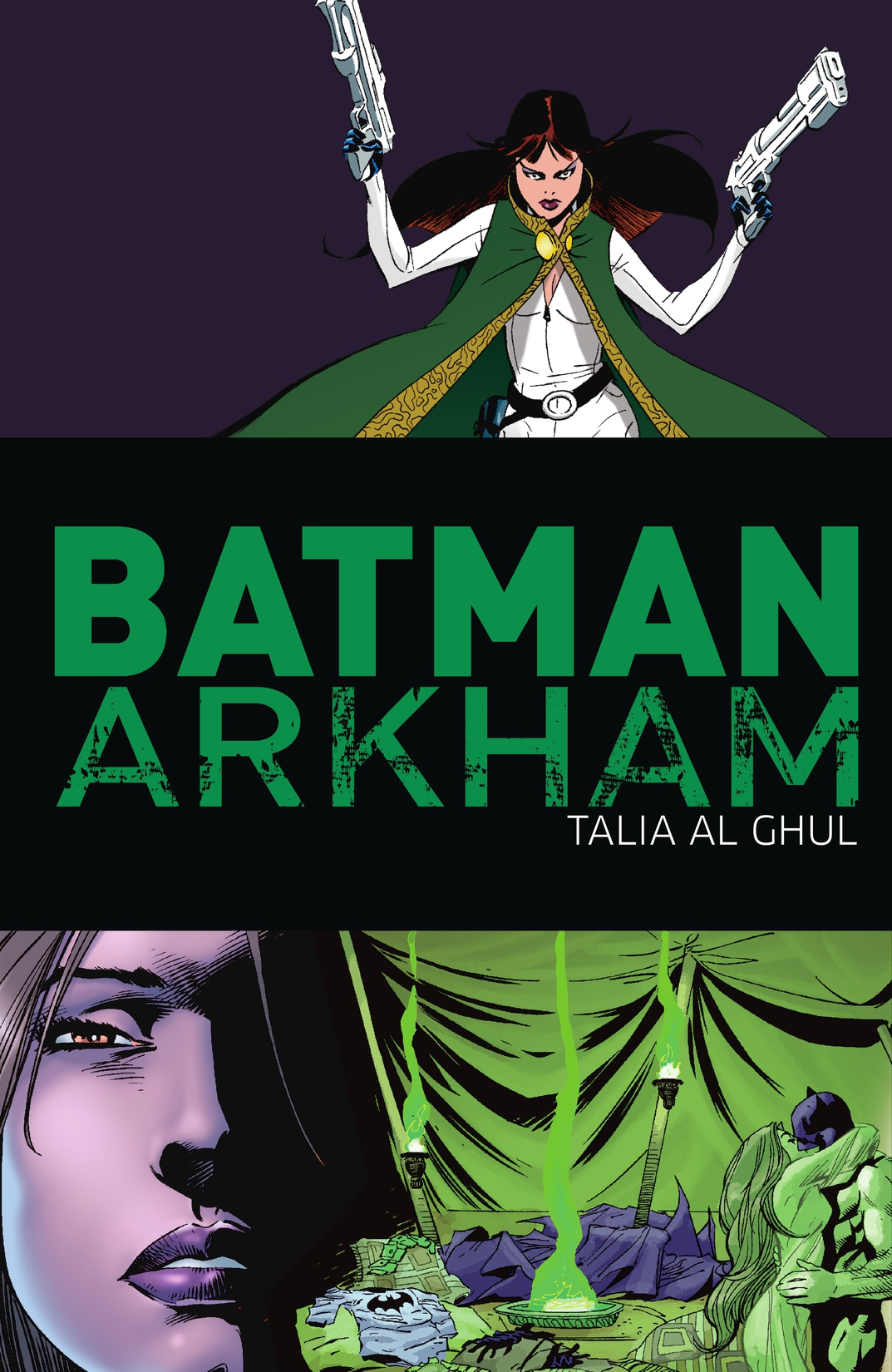 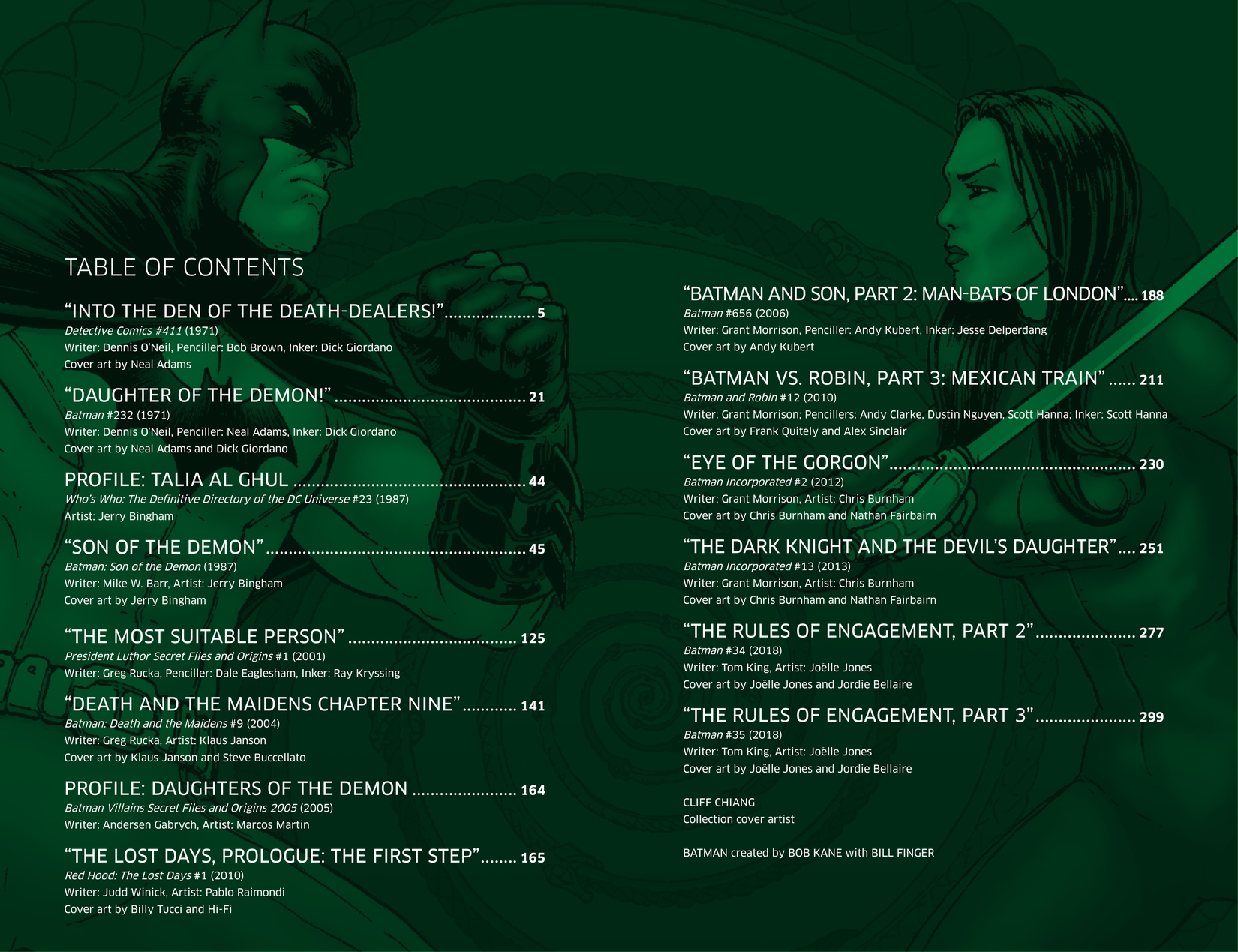 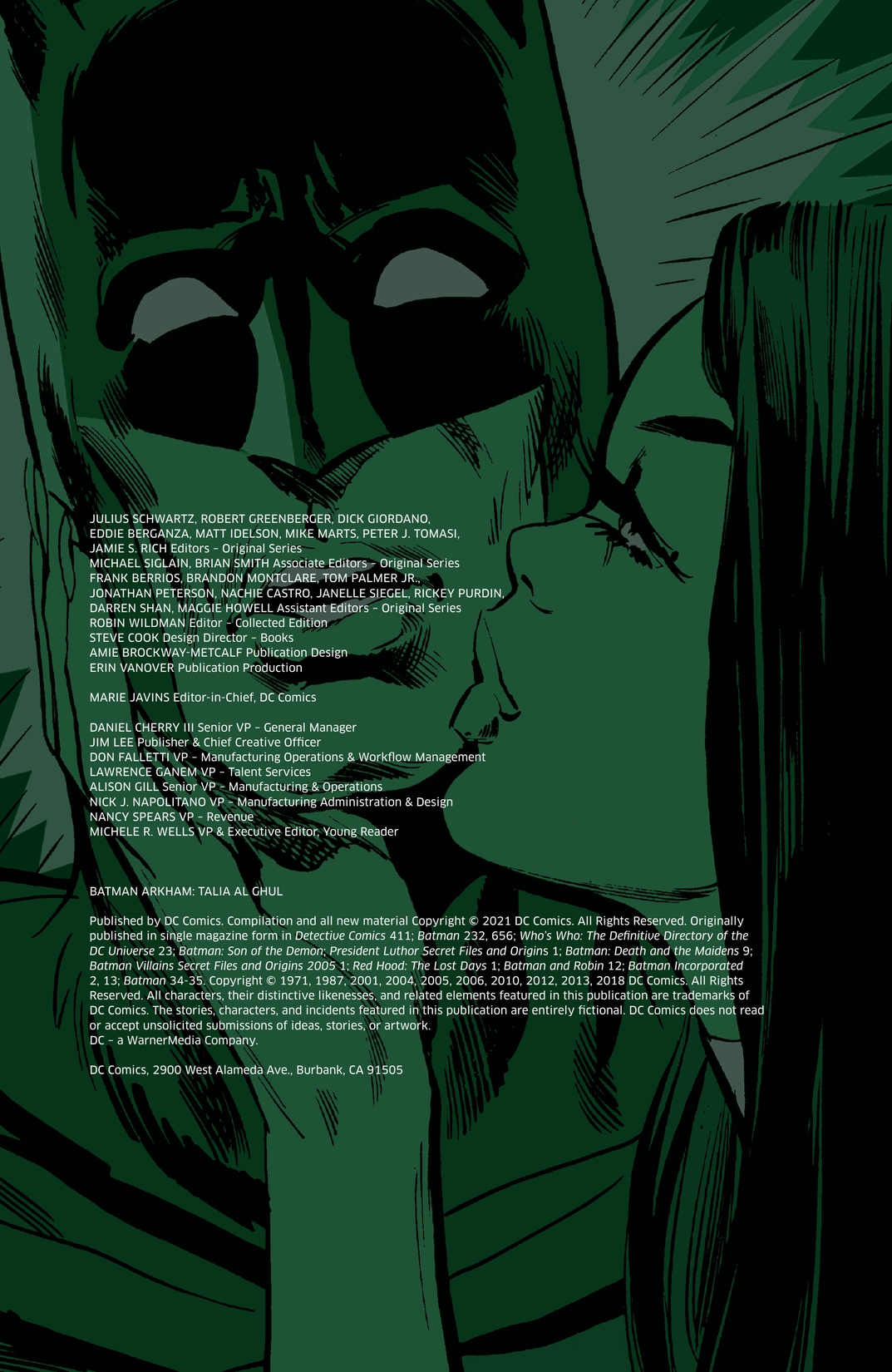 Delve into one of the most compelling characters in the Batman mythos in this collection starring Talia al Ghul-daughter of the Demon. Intelligent, calculating, and composed, this brilliant strategist and master martial artist has proven to be one of the very few adversaries capable of going head-to-head with Batman on every level. As Ra’s al Ghul’s daughter, she is an elite and lethal warrior of the League of Assassins. Yet as this collection shows, she enlists in both villain and hero affiliations, making her a complex antihero in her own right. Collects Batman #232 and #656, Detective Comics #411, Batman: Son of the Demon #1, Batman: Death and the Maidens #9, President Luthor Secret Files #1, Batman Villains Secret Files 2005 #1, Red Hood: The Lost Days #1, Batman and Robin #12, Batman Incorporated #2-13, and Batman (2016) #34-35.