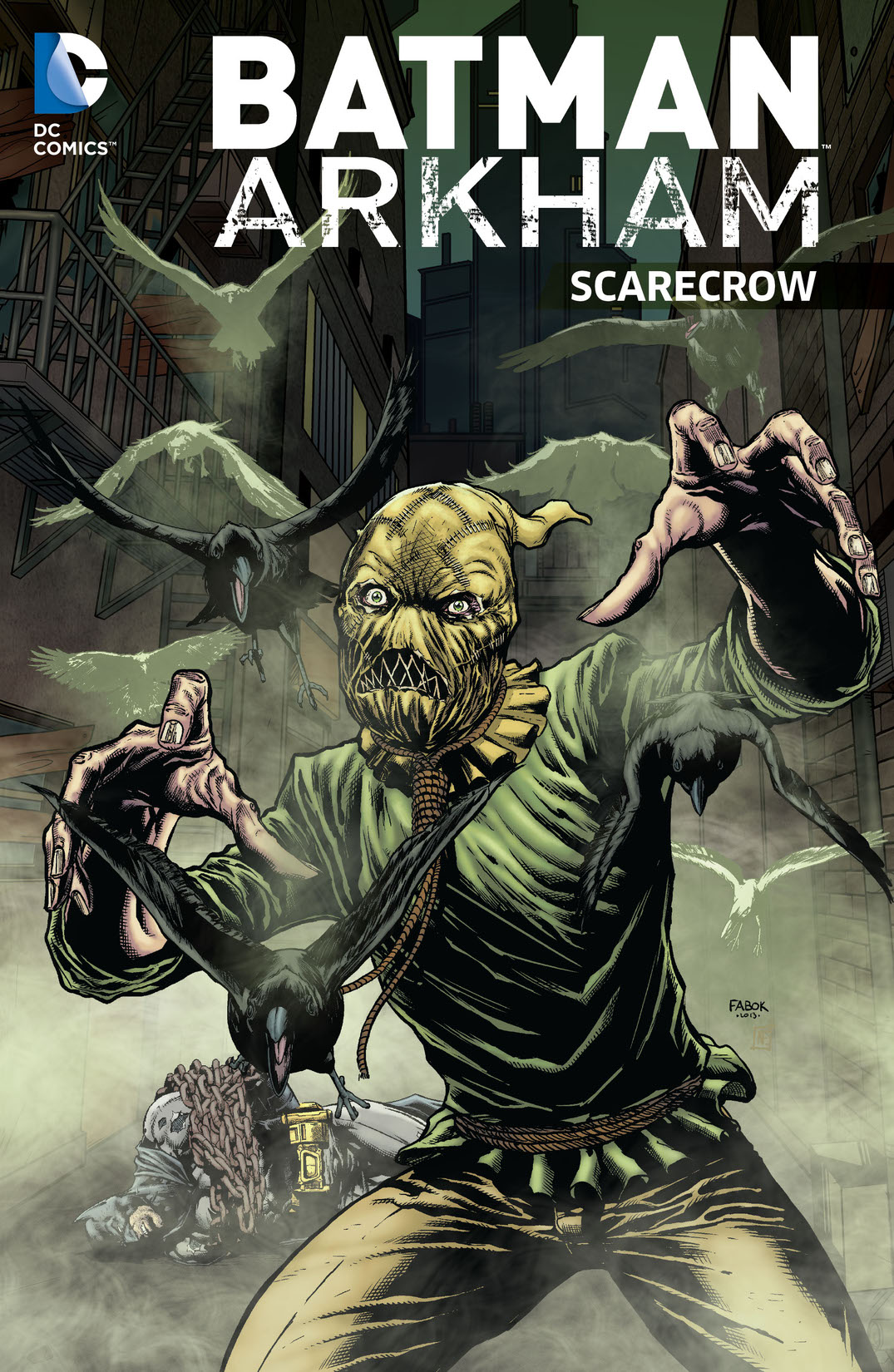 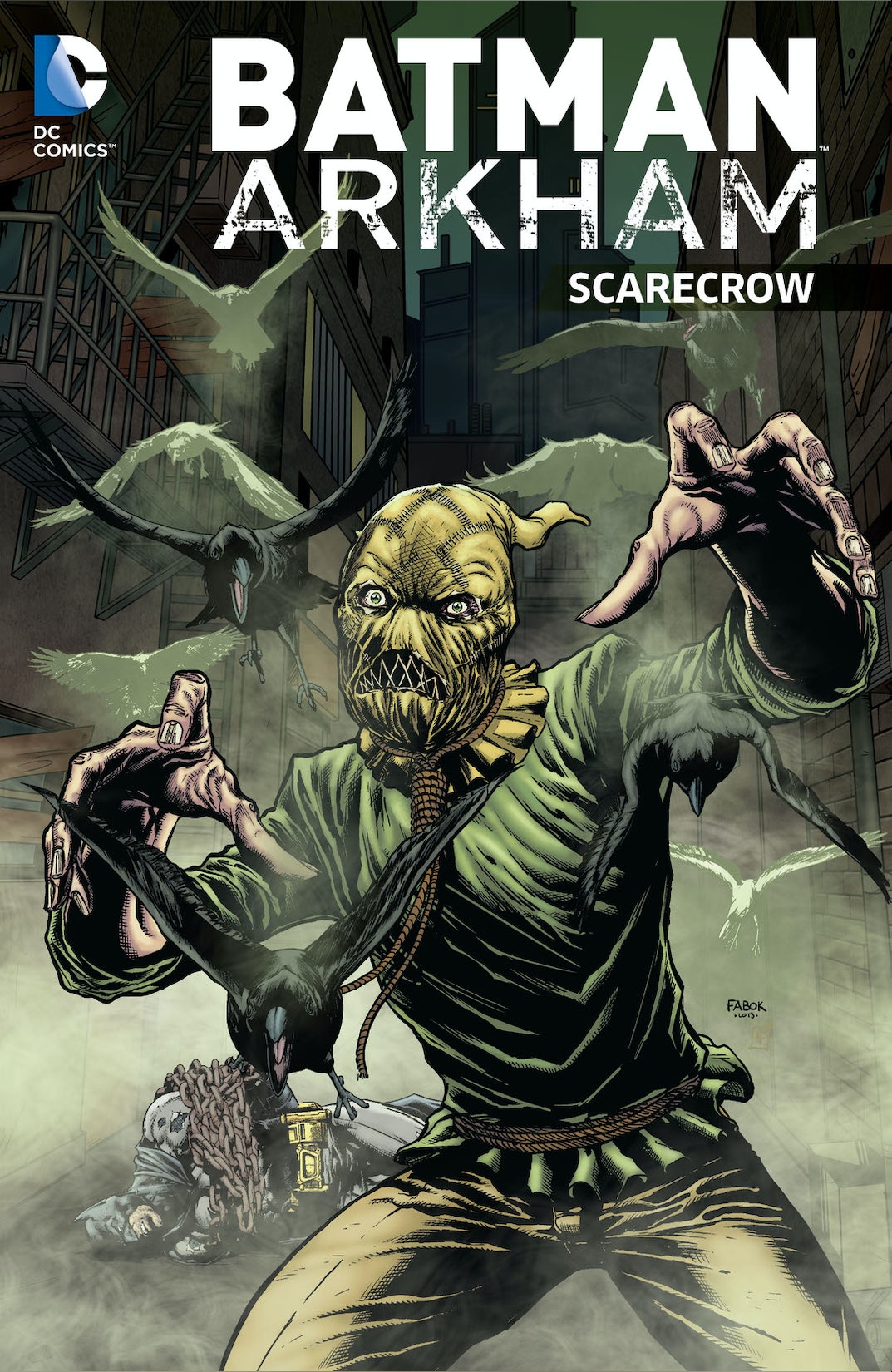 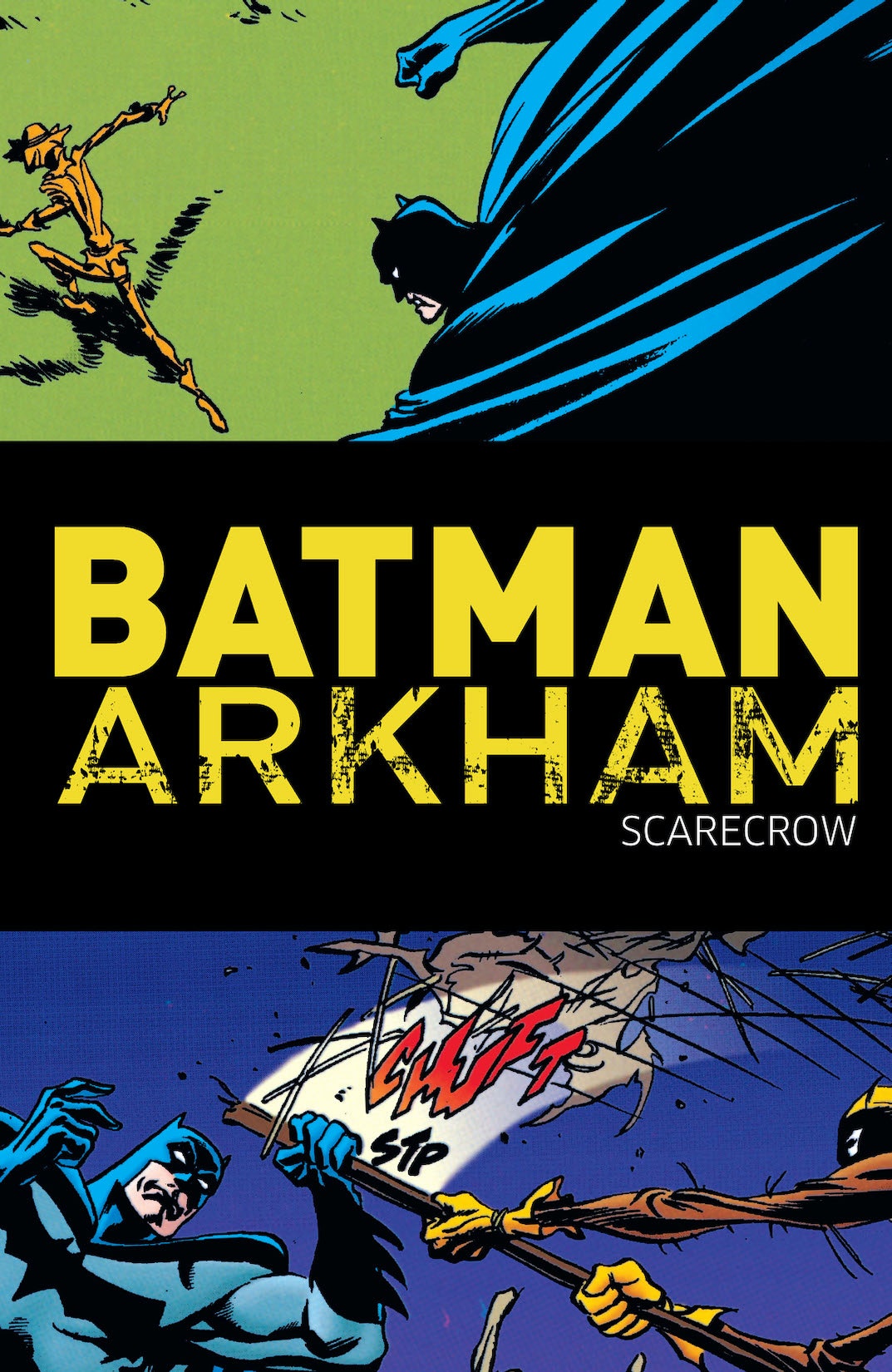 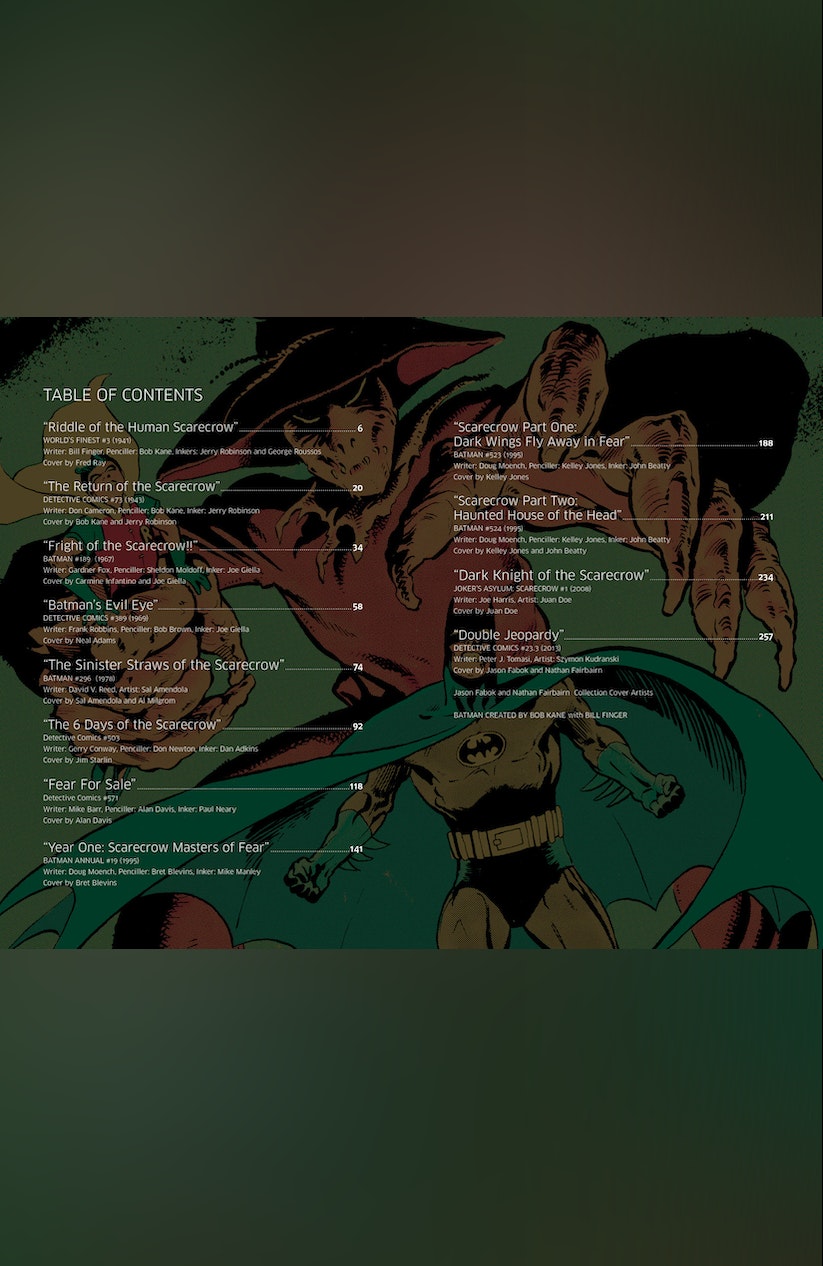 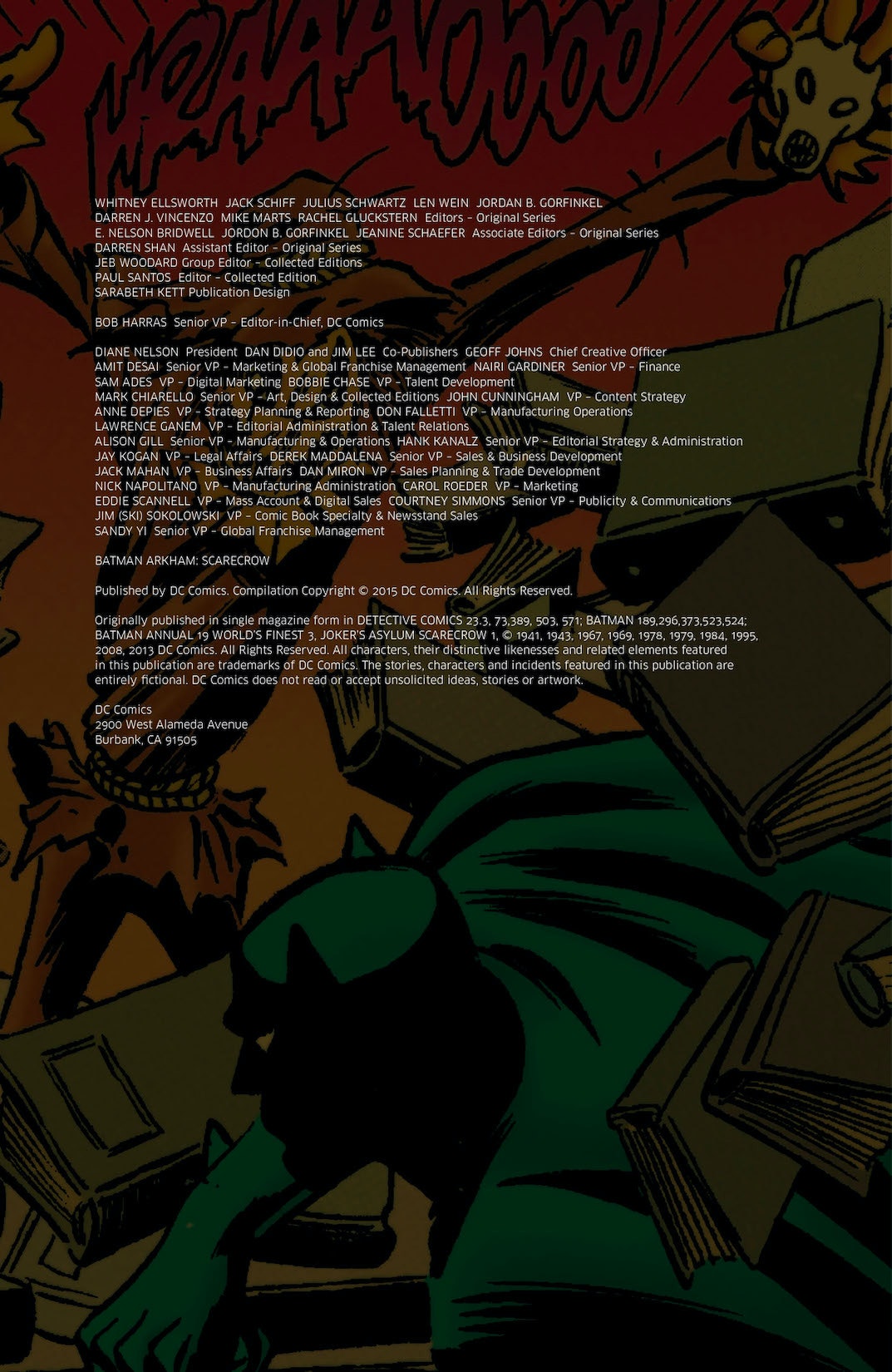 The iconic Batman villain’s greatest stories from the past 60 years are collected here for the first time ever! Featuring work from legendary creators, including Peter J. Tomasi (BATMAN AND ROBIN), Doug Moench (SPECTRE), Gardner Fox (FLASH), Bill Finger (DETECTIVE COMICS), Kelley Jones (SWAMP THING), Gene Colan (NIGHT FORCE) and many more! Professor Jonathan Crane has always been obsessed with one thing: fear. Using his twisted experiments to discover people’s darkest phobias, he has become one of the Dark Knight’s deadliest foes. When the Scarecrow decides to commit a crime, the main motivation isn’t money or revenge-it’s to learn his victim’s greatest fear and use it to further his own twisted agenda. In their showdowns, the Caped Crusader must contend not only with the Scarecrow, but his own hidden fears! Collects DETECTIVE COMICS #23.3, #73, #389, #486, #540; BATMAN #189, #296, #373, #523, #524; BATMAN ANNUAL #19; WORLD’S FINEST #3 and JOKER’S ASYLUM: SCARECROW #1.