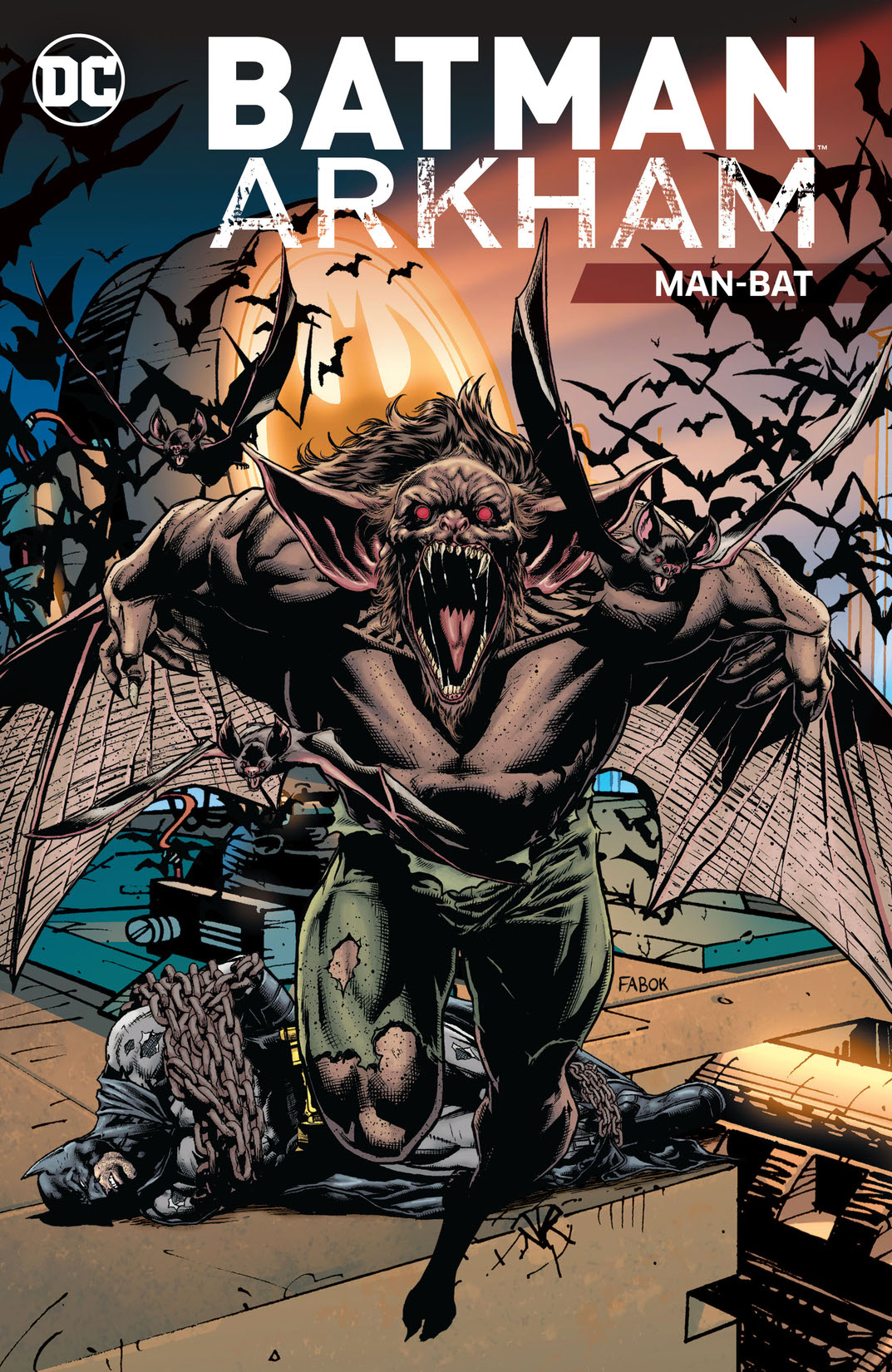 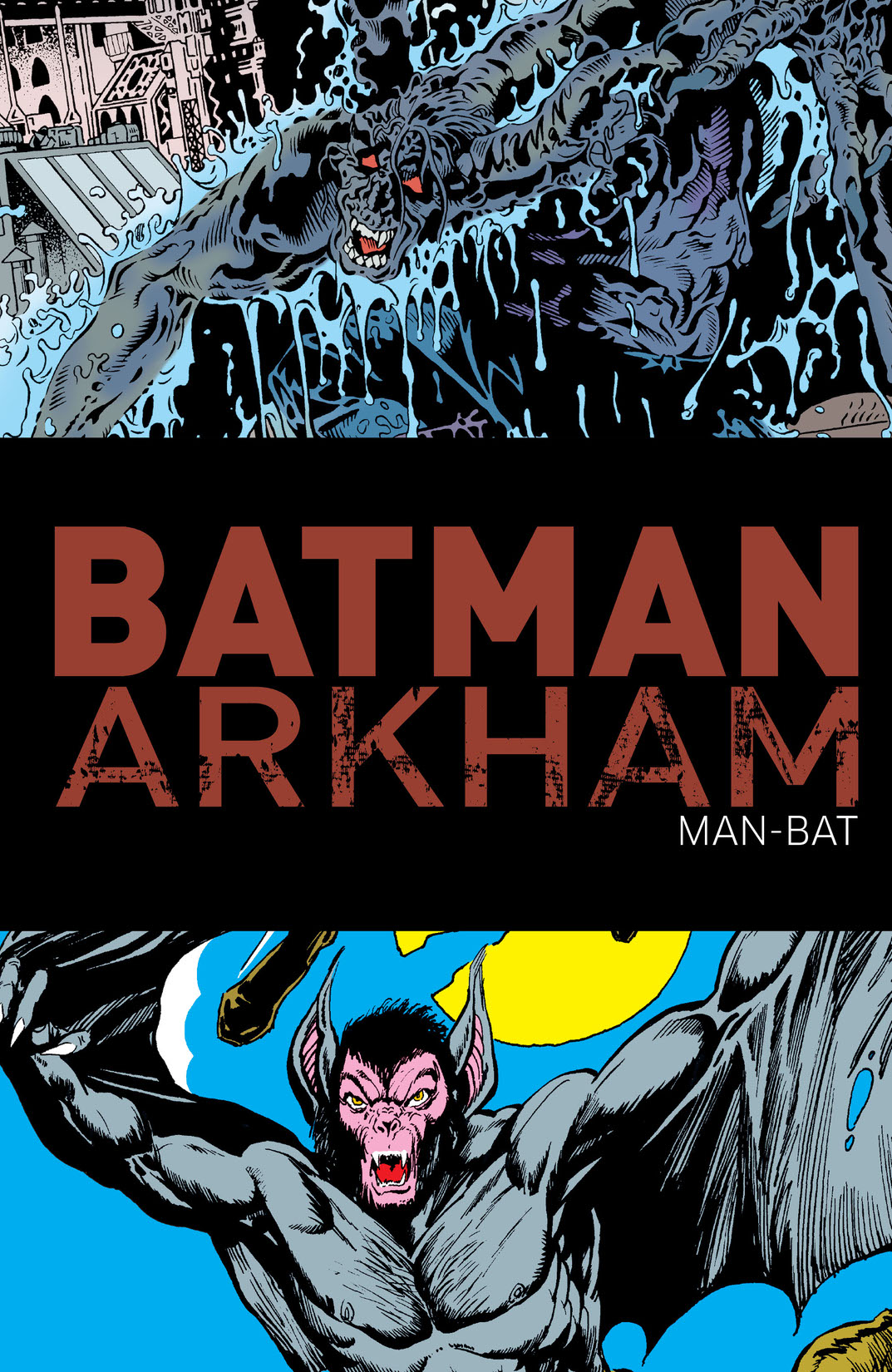 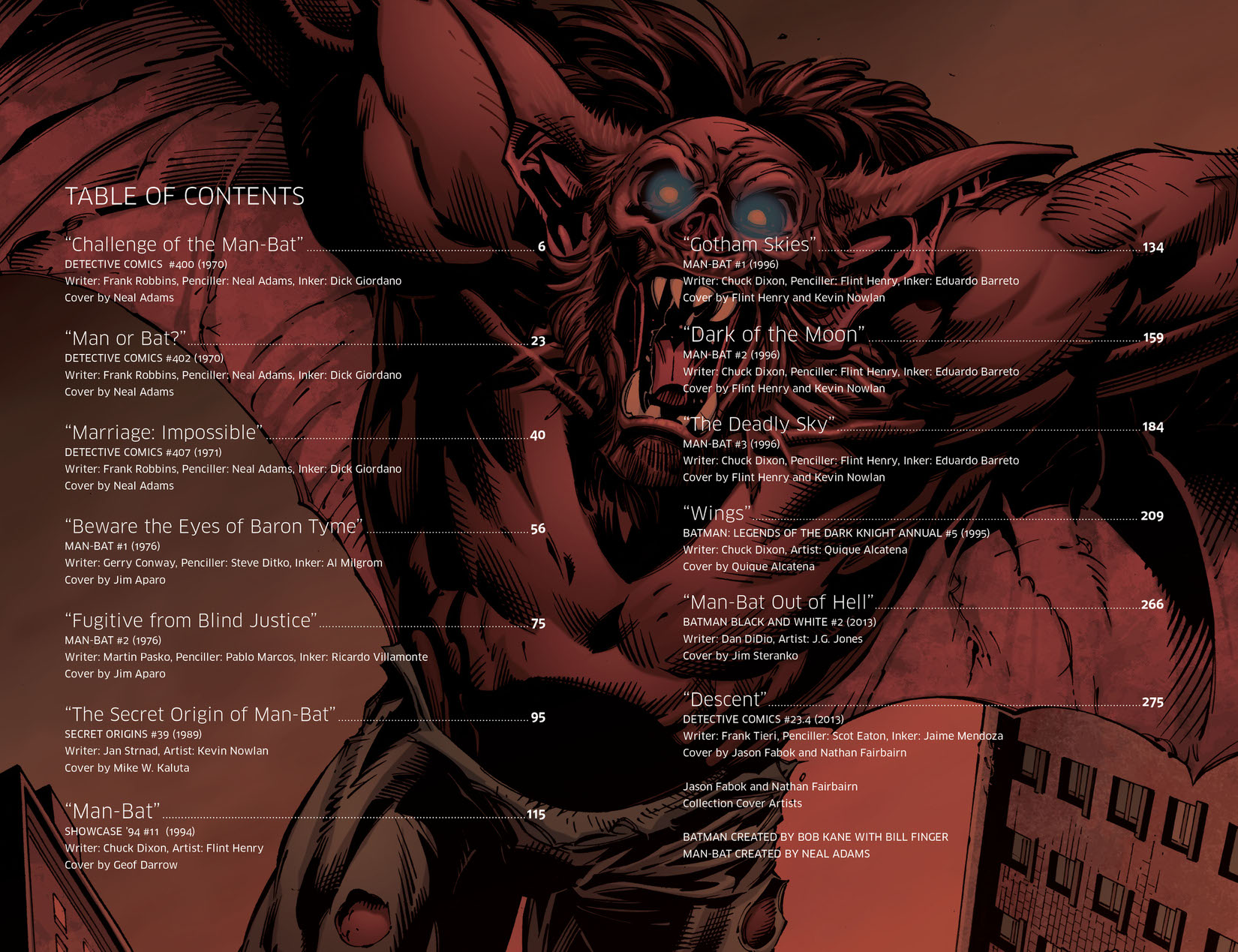 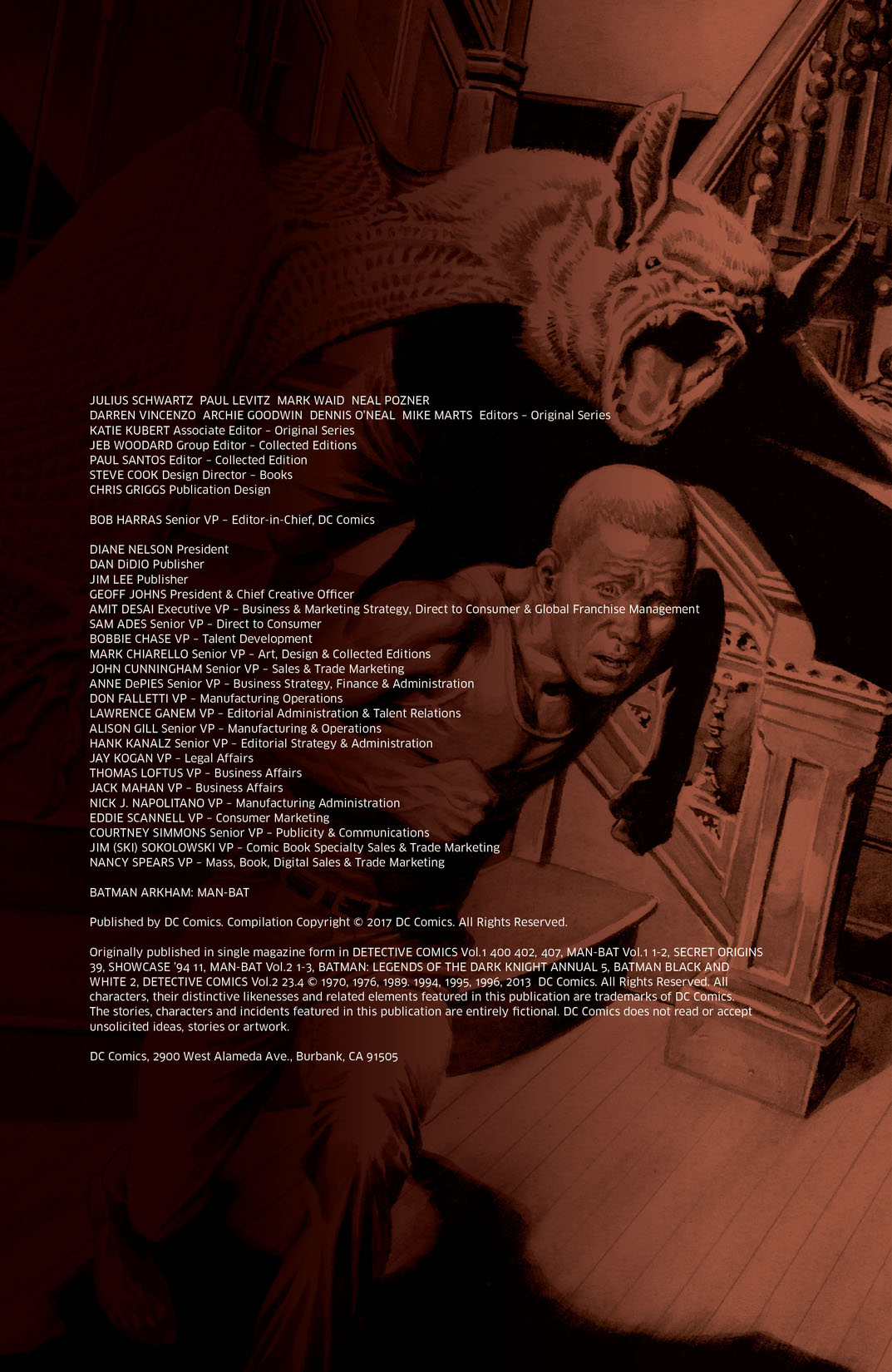 TERROR IN THE SKY! Dr. Kirk Langstrom was a respected biologist with a specialty in the Family Chiroptera, a.k.a bats. In an attempt to cure his deafness, Langstrom devised a serum to duplicate bats’ system of echolocation in humans. He tested it on himself, and while his deafness was cured, the serum also transformed his body into a monstrous human/bat hybrid. Each time Batman faces the Man-Bat he doesn’t know if he is battling a crazed flying monster or a man stuck in an eternal nightmare. What makes matters even worse is that Francine Langstrom, Kirk’s wife, has also been transformed into a human/bat hybrid and now the question remains have Langstrom’s passed their curse on to their children? BATMAN ARKHAM: MAN-BAT collects some of the villain's greatest stories by some of the industry's greatest creators, including Neal Adams (GREEN LANTERN/GREEN ARROW), Steve Ditko (Spider-Man), J. G. Jones (WONDER WOMAN), Gerry Conway (JUSTICE LEAGUE OF AMERICA), Chuck Dixon (NIGHTWING), Flint Henry (DETECTIVE COMICS) and many more!