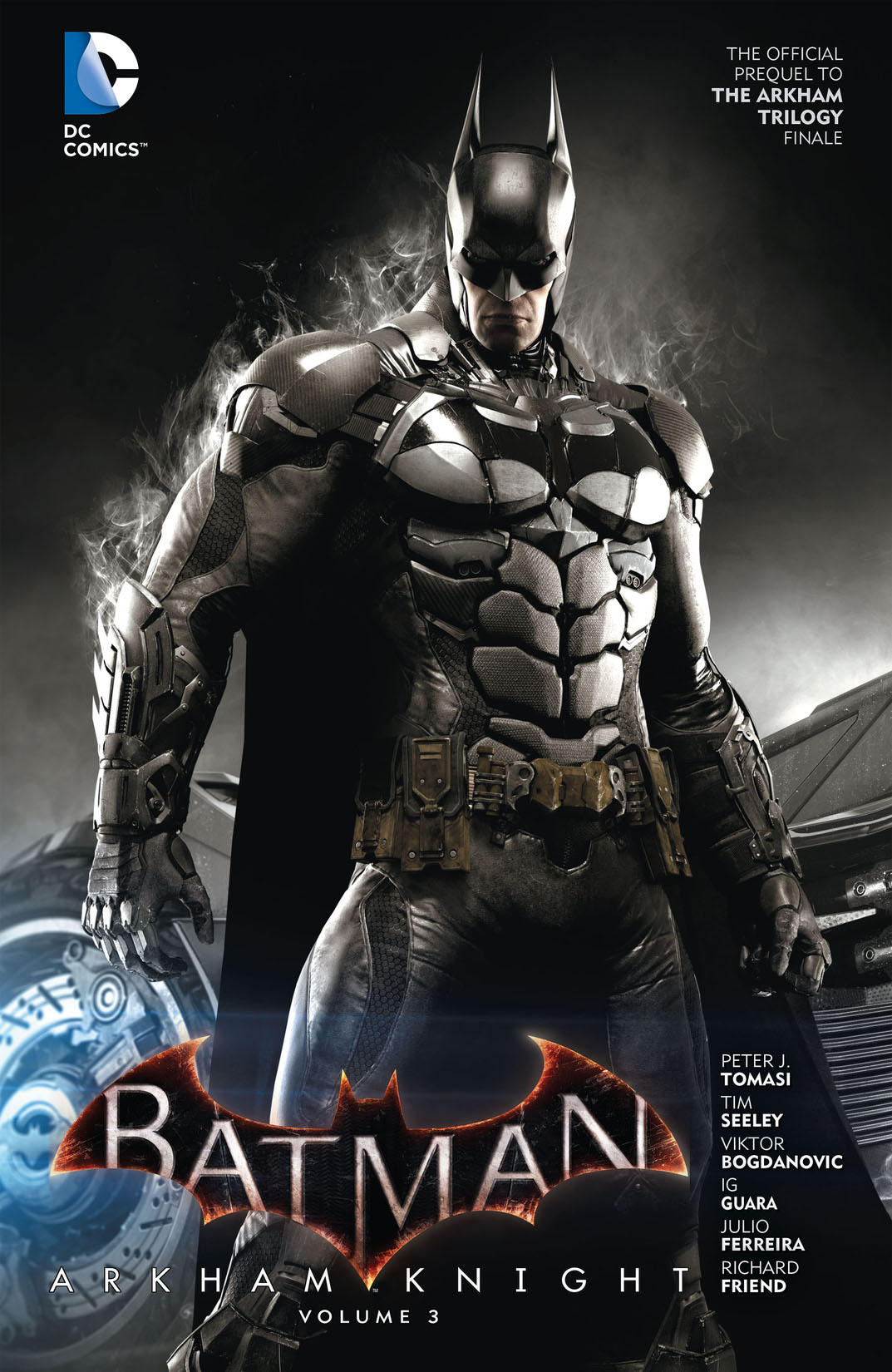 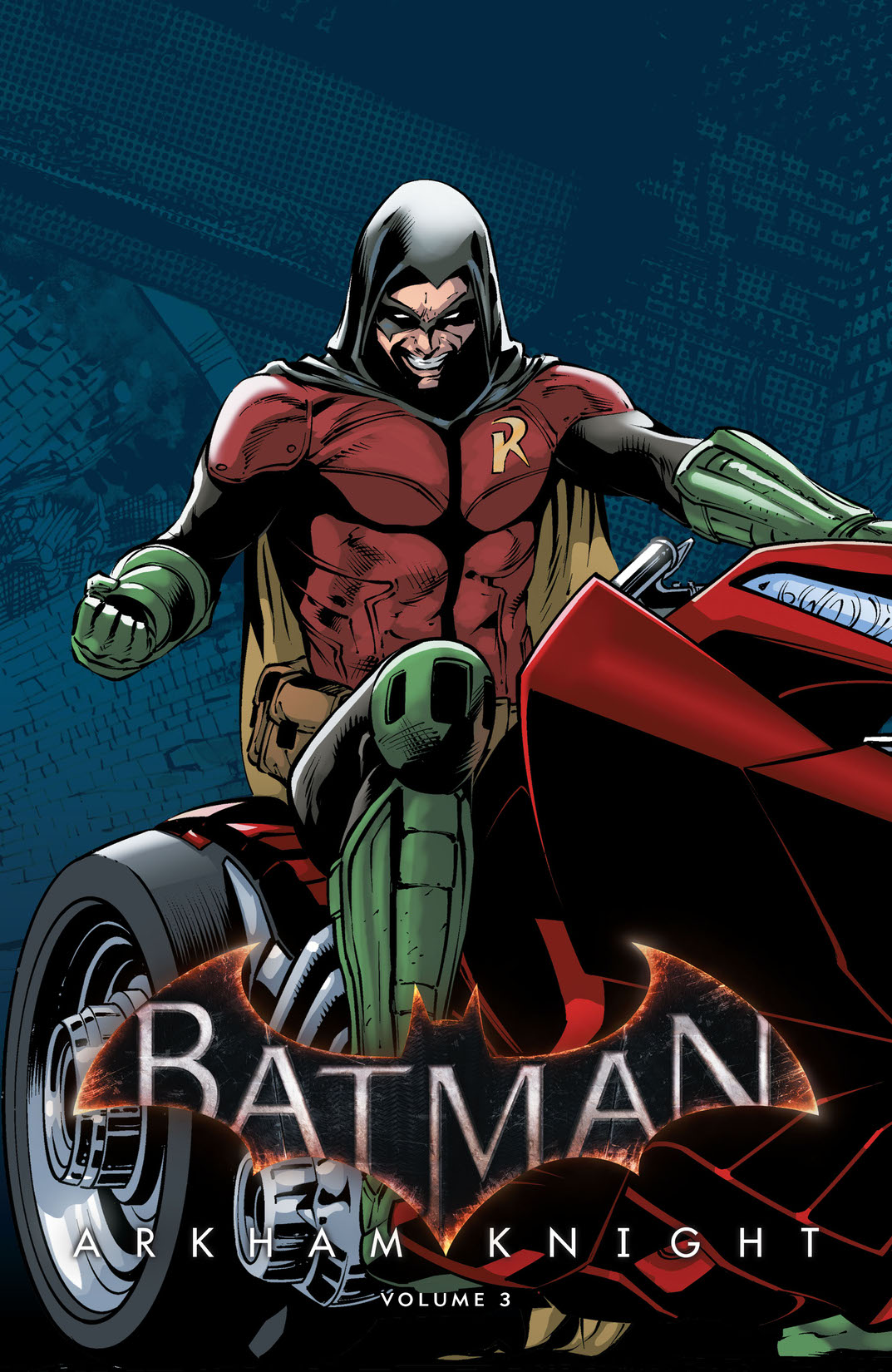 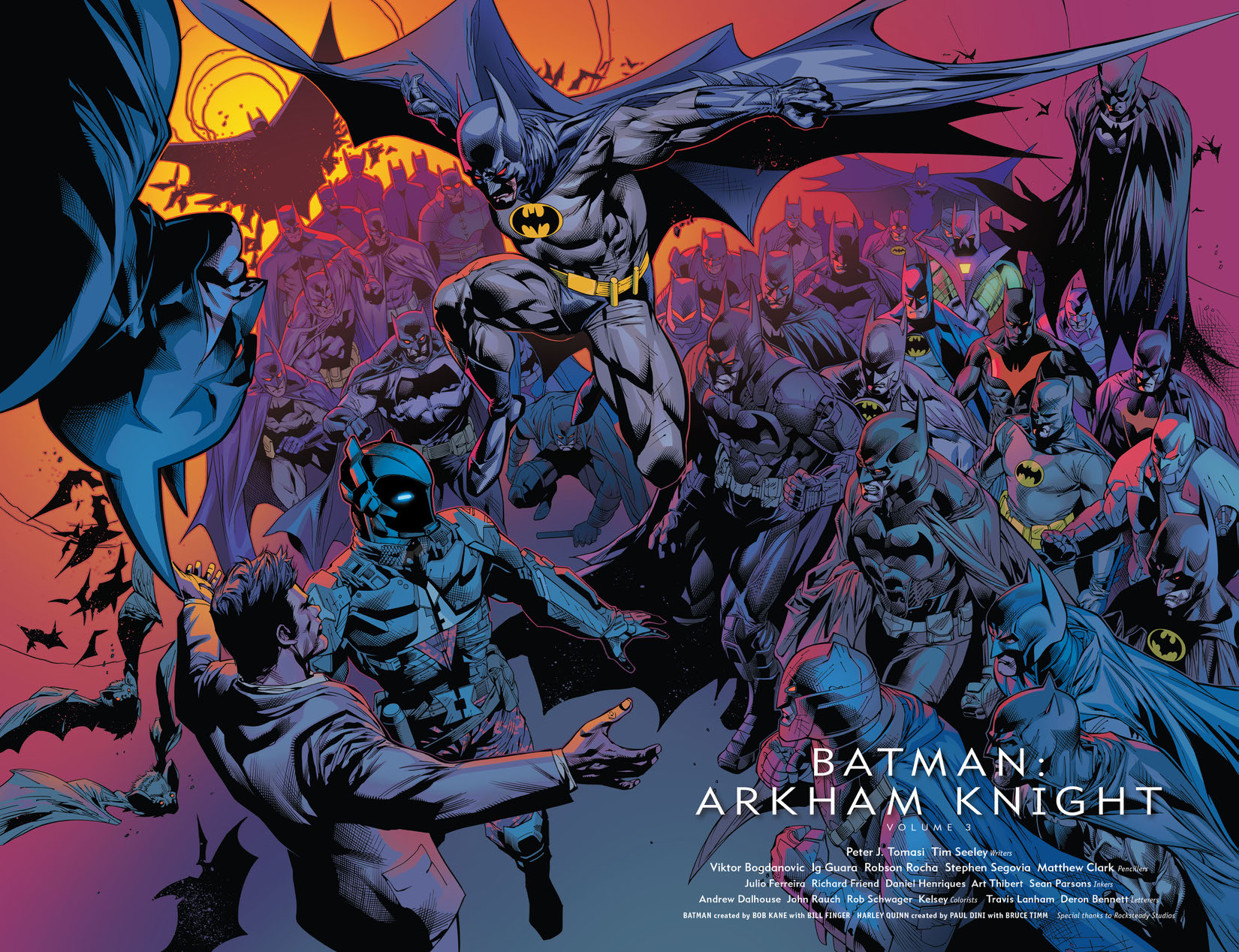 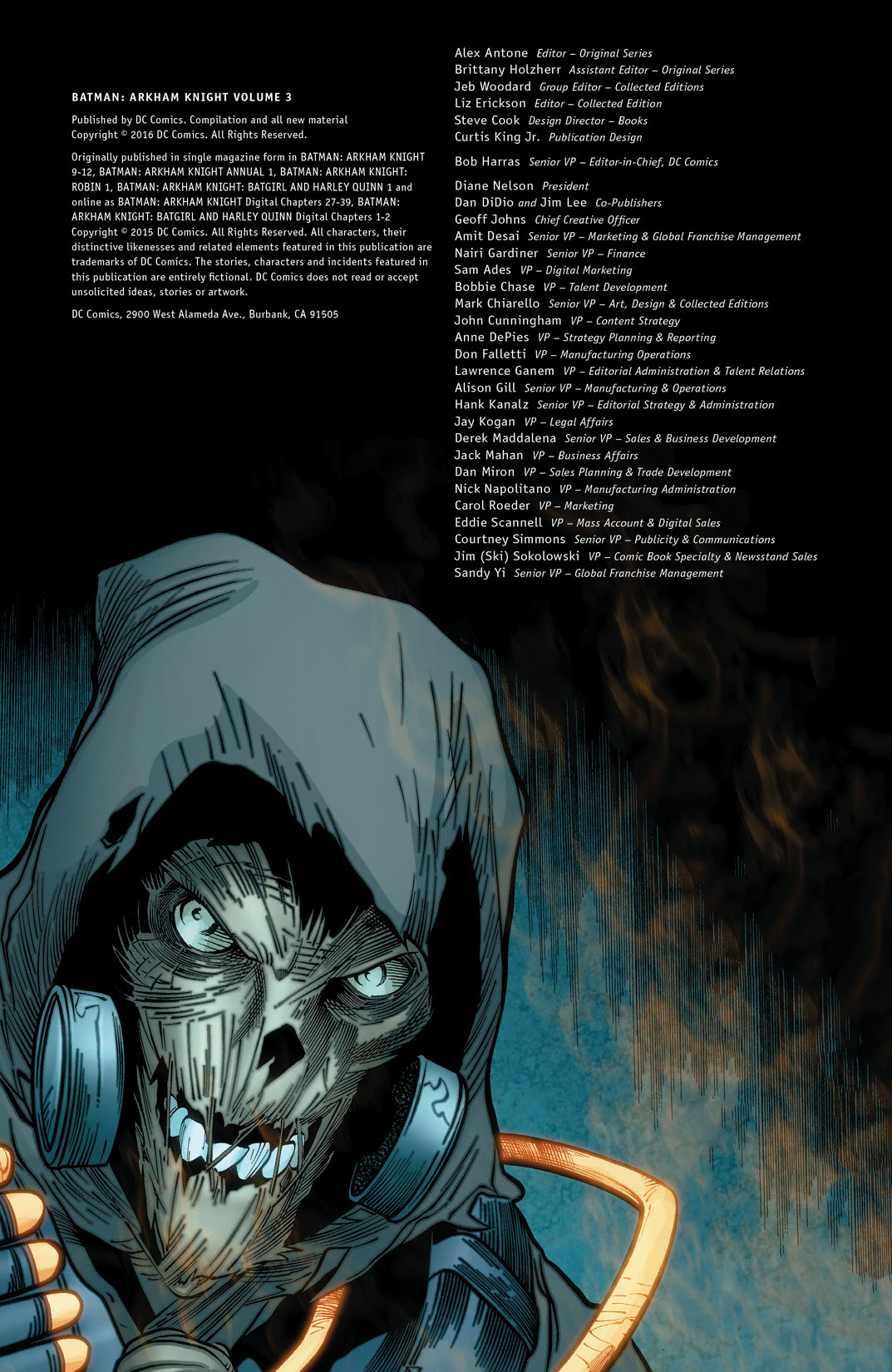 The Joker is dead. Arkham City is no more. But as Batman has learned, evil is endless. And his new enemy, the mysterious, murderous Arkham Knight, is here to see the Dark Knight fall forever. And he is not alone. The crazed criminal called the Calendar Man is out to make each day Batman’s last. The brutal killer known as Bane wants to prove himself a more powerful warrior than any Knight. And in the shadows lurks the Scarecrow, whose sinister plans for Gotham City and its guardians are the most frightening of all. Defeating the Arkham Knight and his army will take every ounce of Batman’s skills and strength. Because under his rival’s helmet is a familiar face, one that should strike terror even into the heart of the Dark Knight himself… Writers Peter J. Tomasi (BATMAN AND ROBIN) and Tim Seeley (GRAYSON) and an arsenal of top artists including Viktor Bogdanovic (REALITY CHECK), Ig Guara (BLUE BEETLE), Julio Ferreira (TEEN TITANS) and Richard Friend (BATMAN: THE DARK KNIGHT) proudly present BATMAN: ARKHAM KNIGHT VOL. 3, the shocking finale of the official prequel to Rocksteady Studios’ smash-hit Arkham trilogy! Collects BATMAN: ARKHAM KNIGHT #9-12, BATMAN: ARKHAM KNIGHT ANNUAL #1, BATMAN: ARKHAM KNIGHT ROBIN #1 and BATMAN: ARKHAM KNIGHT: BATGIRL & HARLEY QUINN #1.