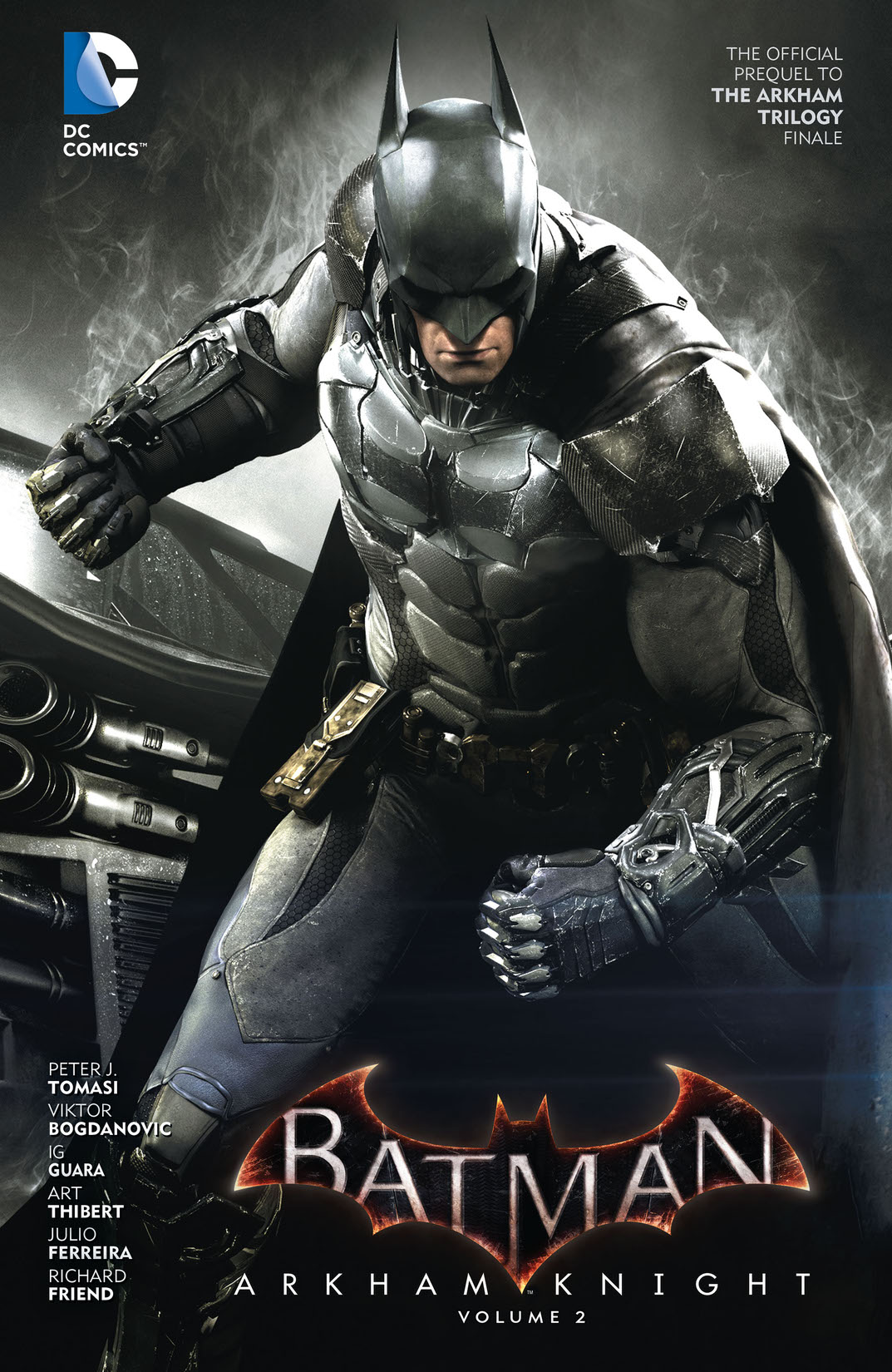 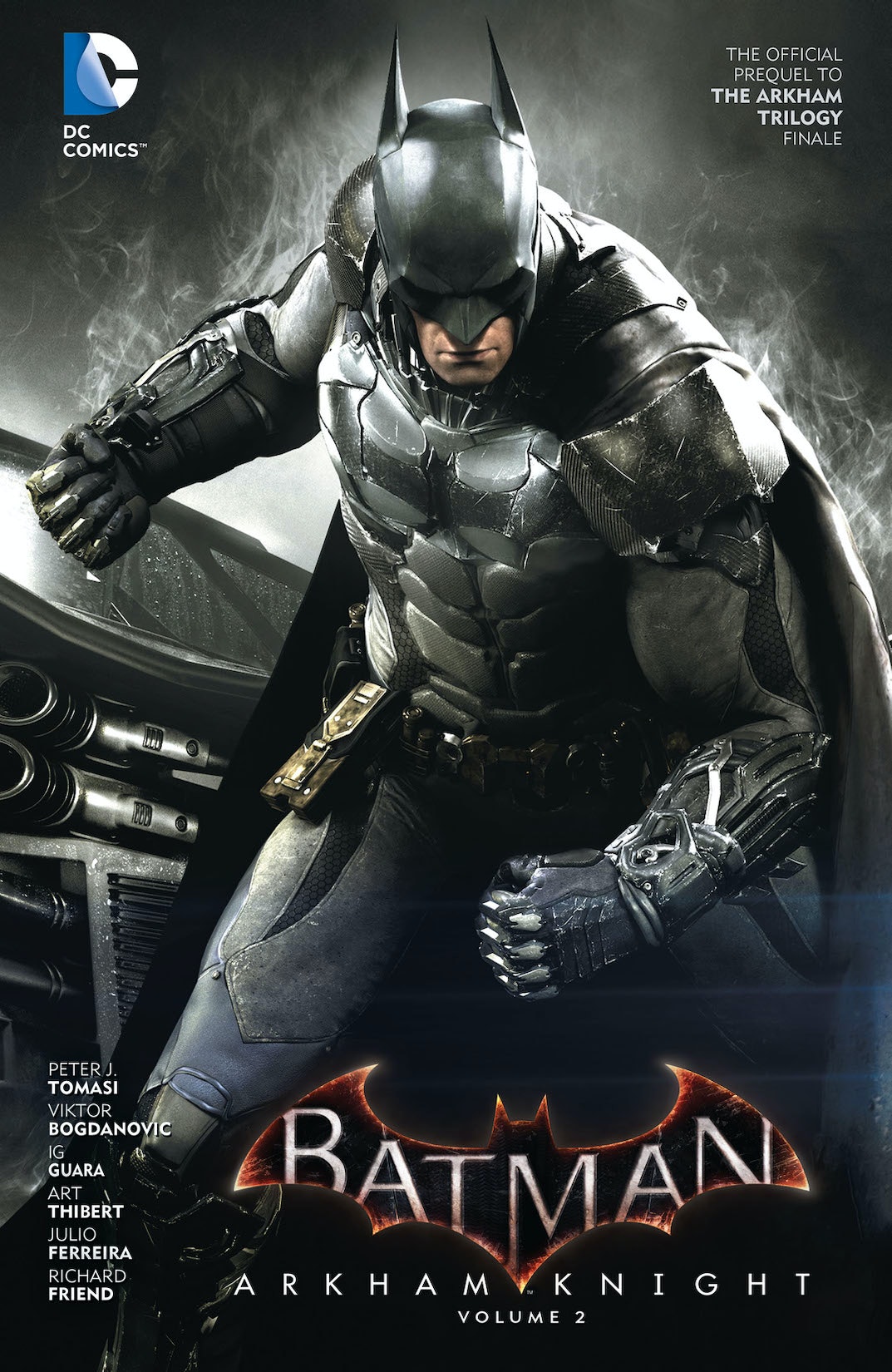 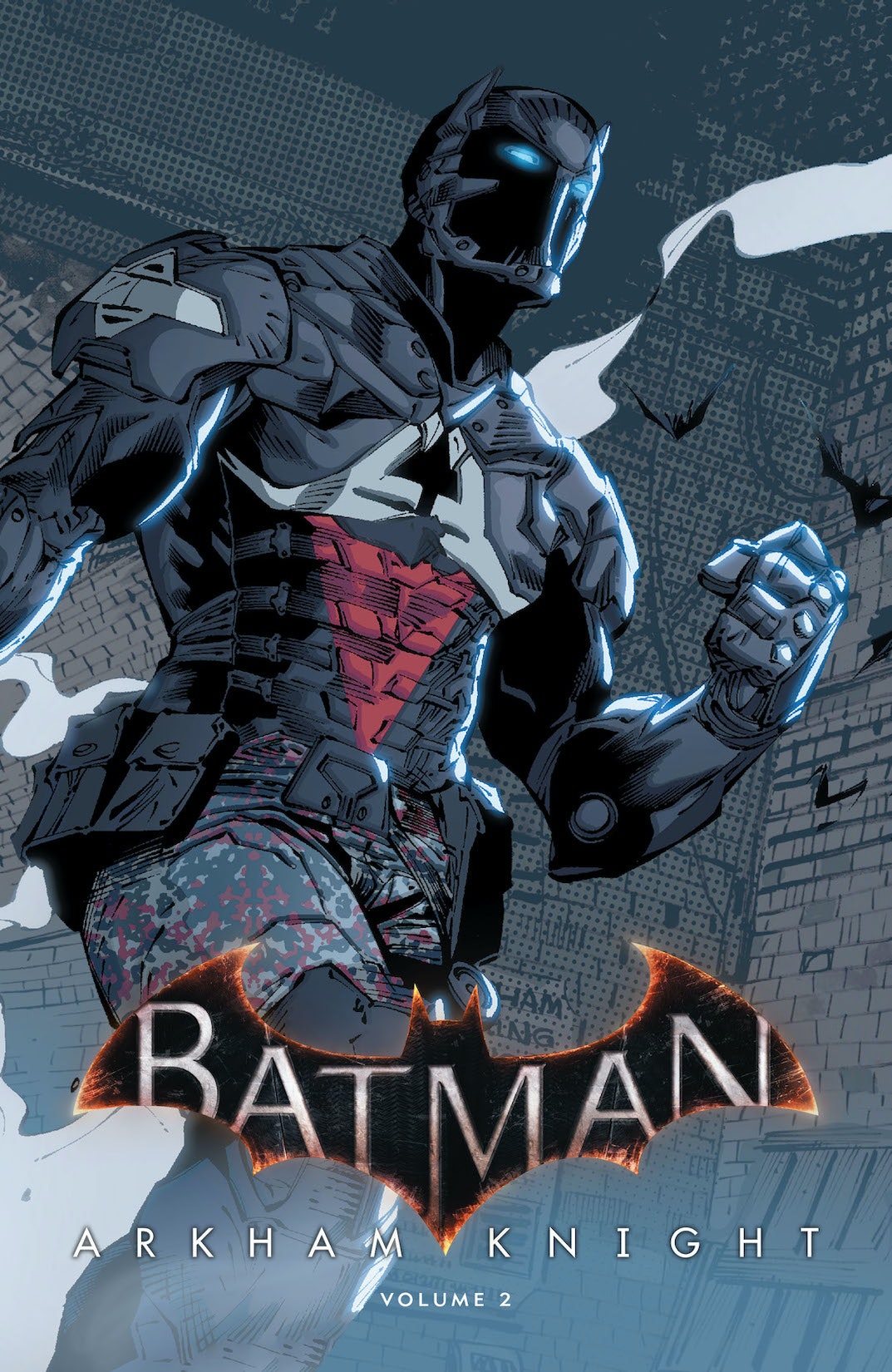 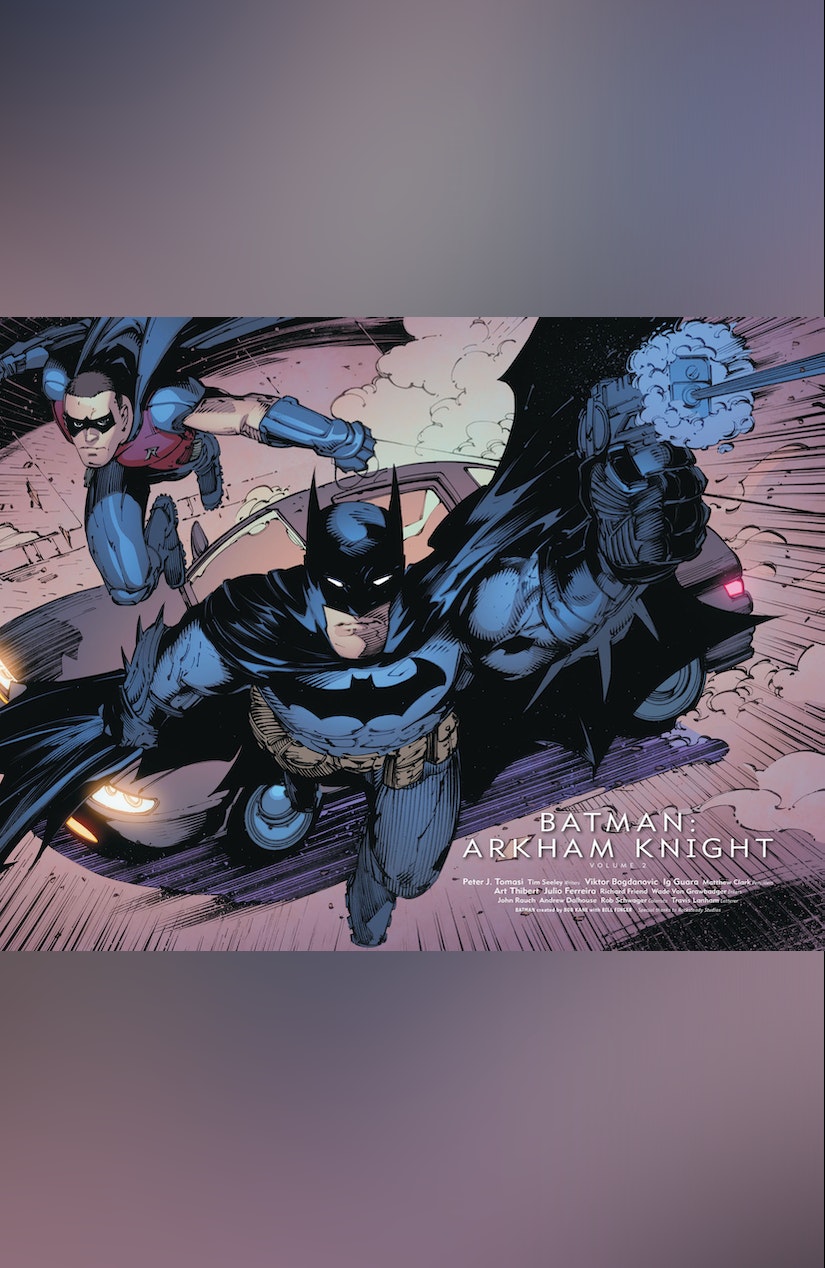 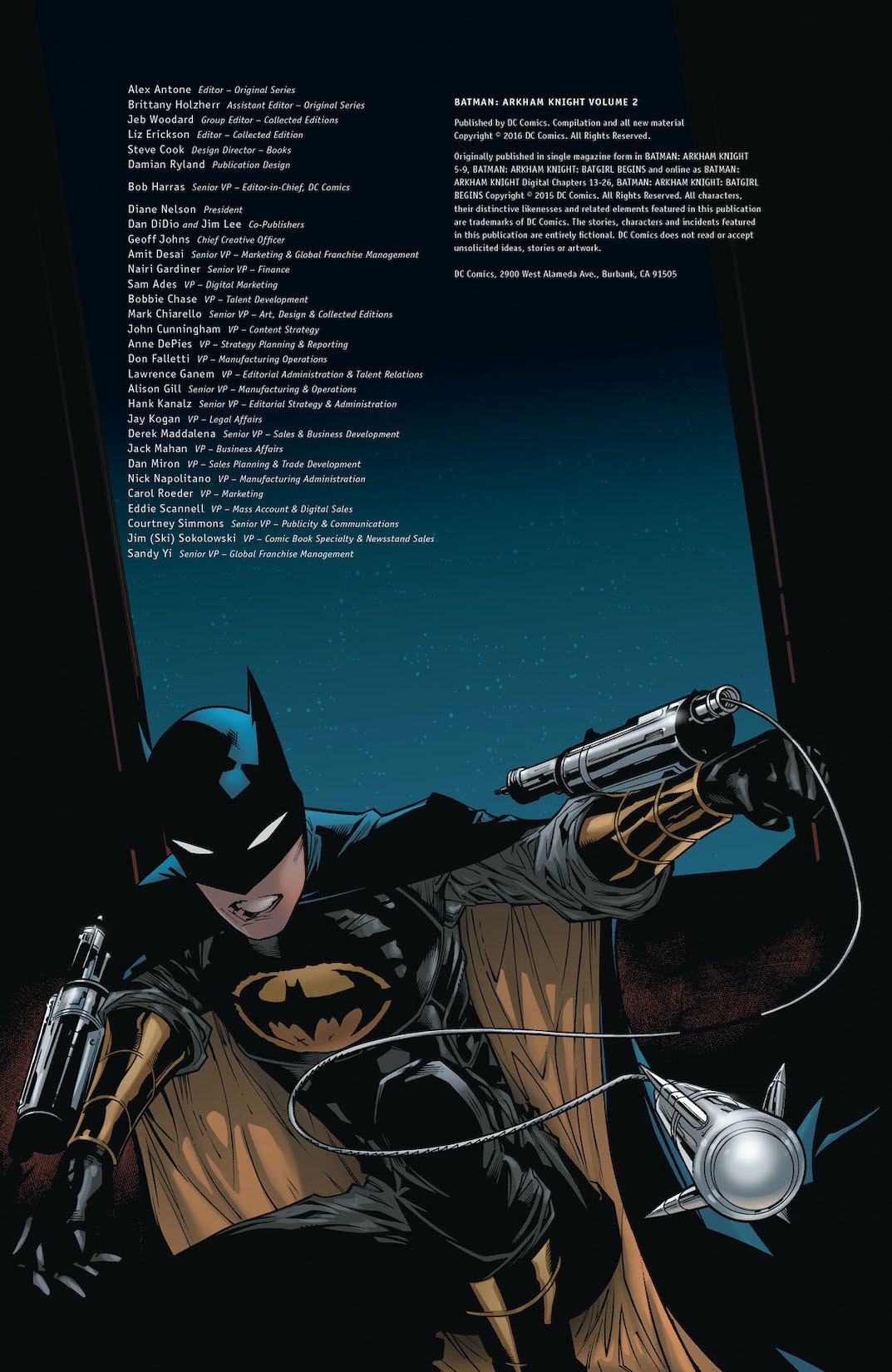 The prequel to the best-selling video game continues! The Venom-fueled super-villain Bane has broken out of Gotham Stone Ridge Penitentiary, and this time he’s amassed an army of followers ready to overrun the city and install him as ruler of Gotham. To defeat him, Batman will need an army of his own, and he’ll stand shoulder to shoulder with allies and enemies alike to fight for their city. But Bane isn’t the only threat facing the Dark Knight. While Jim Gordon runs for mayor as part of Bruce Wayne’s “Gotham Reborn” city revitalization plan, Harley Quinn and the rest of the Suicide Squad are after the billionaire’s head, as ordered by none other than the Penguin himself! And through it all, someone new is watching from the shadows. In BATMAN: ARKHAM KNIGHT VOL. 2, writer Peter J. Tomasi (BATMAN AND ROBIN) and artists Victor Bogdanovic (Reality Check), Ig Guara (BLUE BEETLE), Art Thibert (Utimate Spider-Man) and Julio Ferreira (TEEN TITANS) present never-before-seen stories from the BATMAN: ARKHAM universe as this official prequel to Rocksteady Studio’s best-selling video game continues! Collects BATMAN: ARKHAM KNIGHT #7-12.