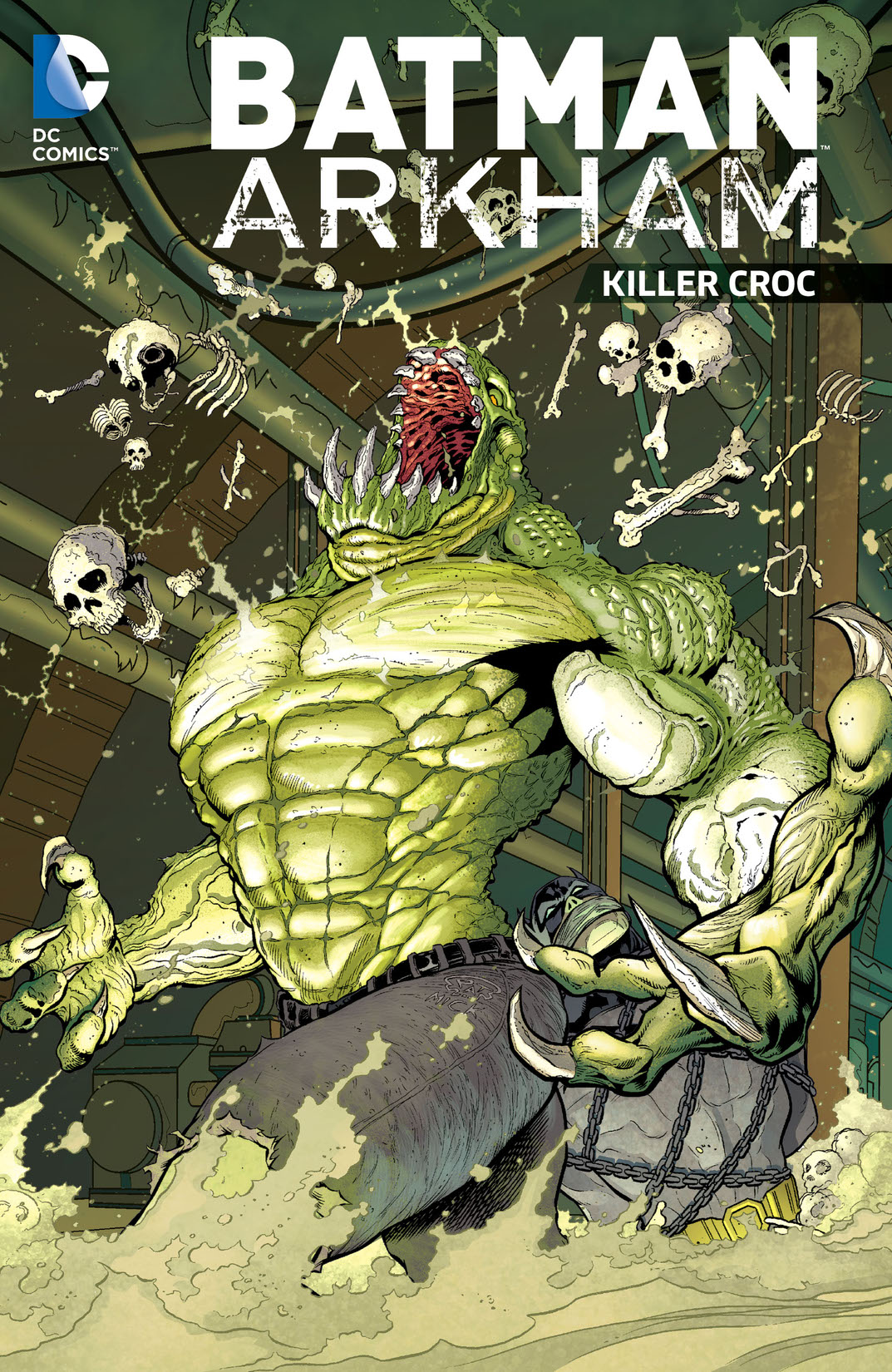 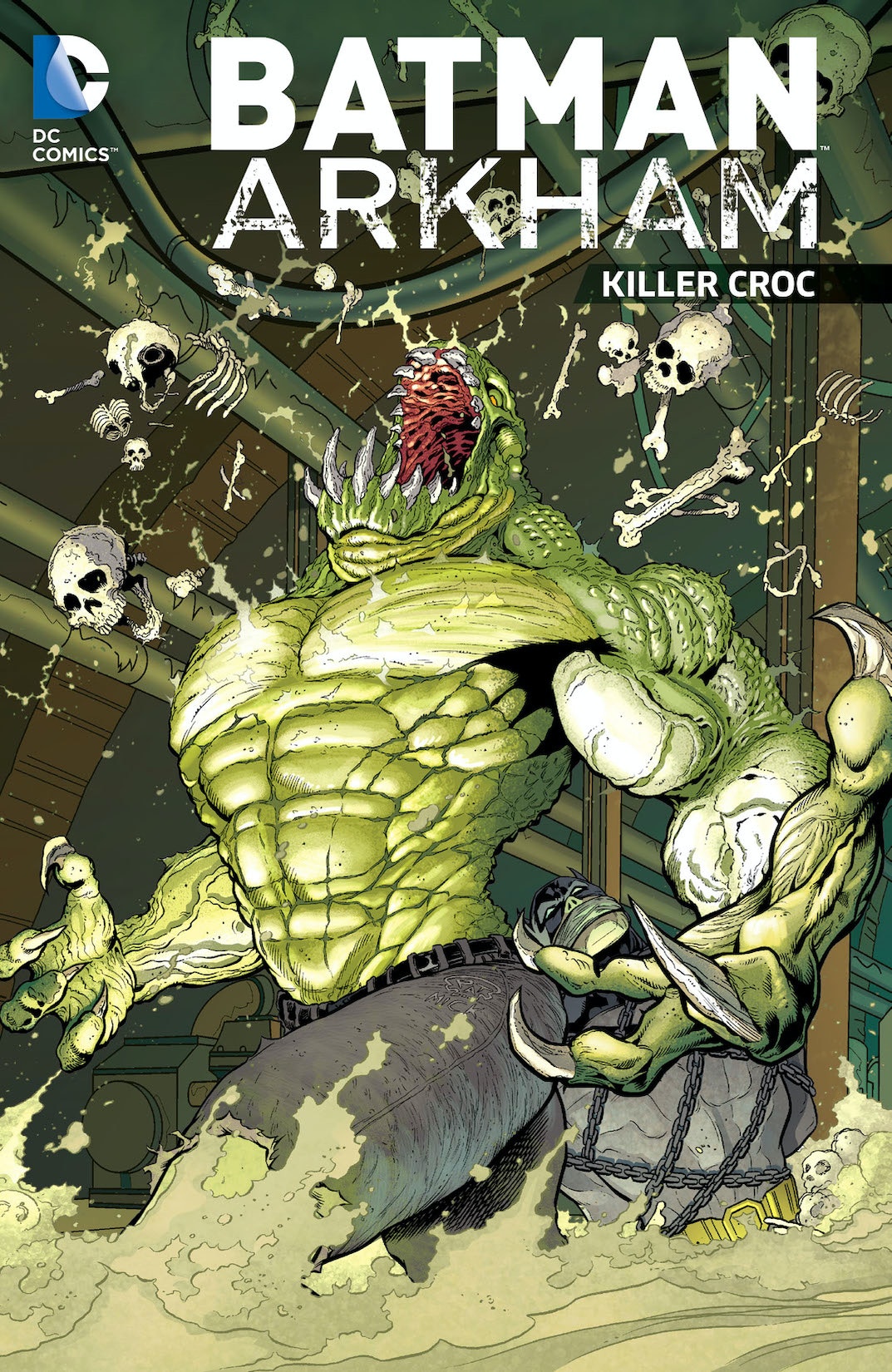 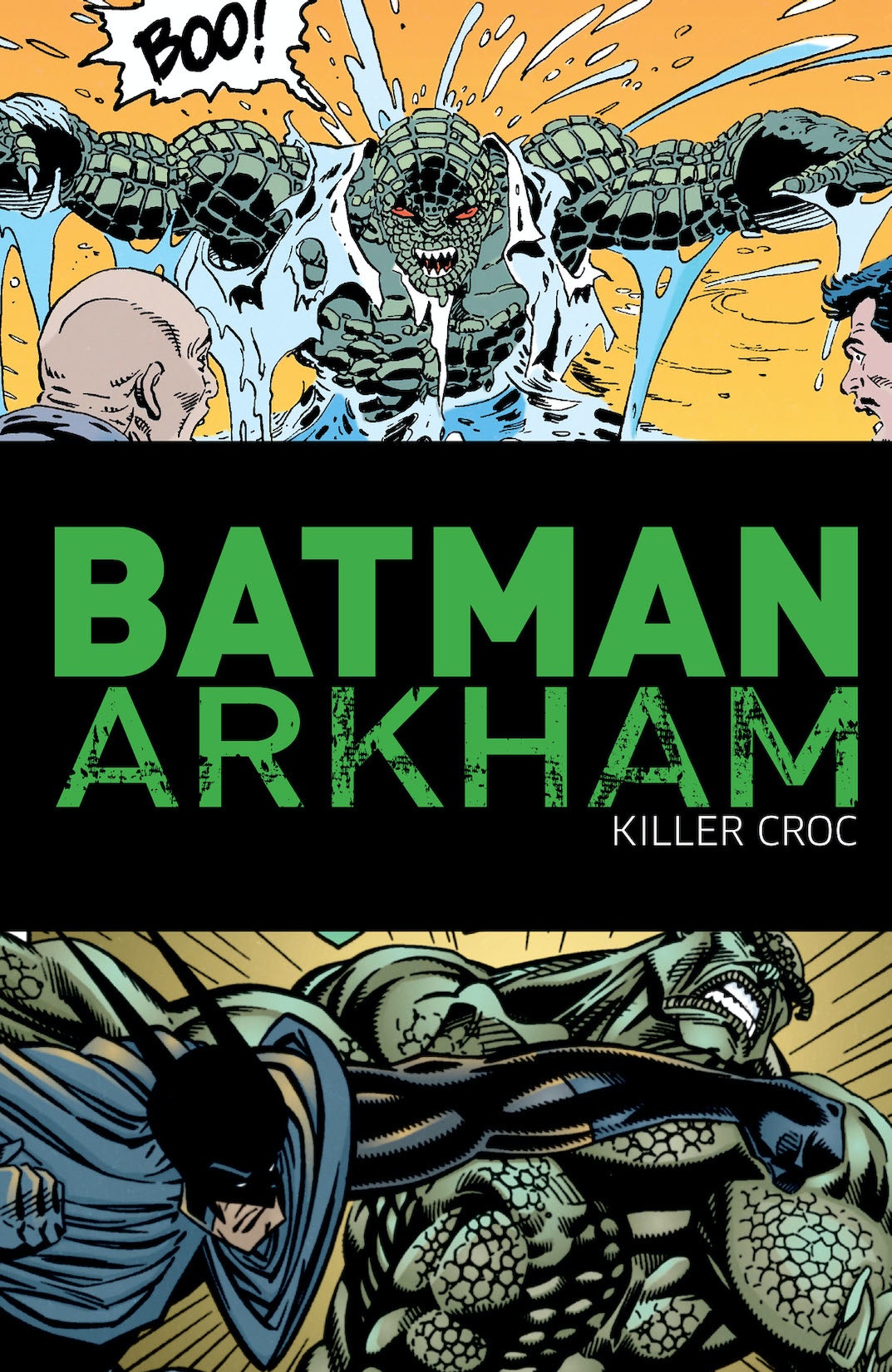 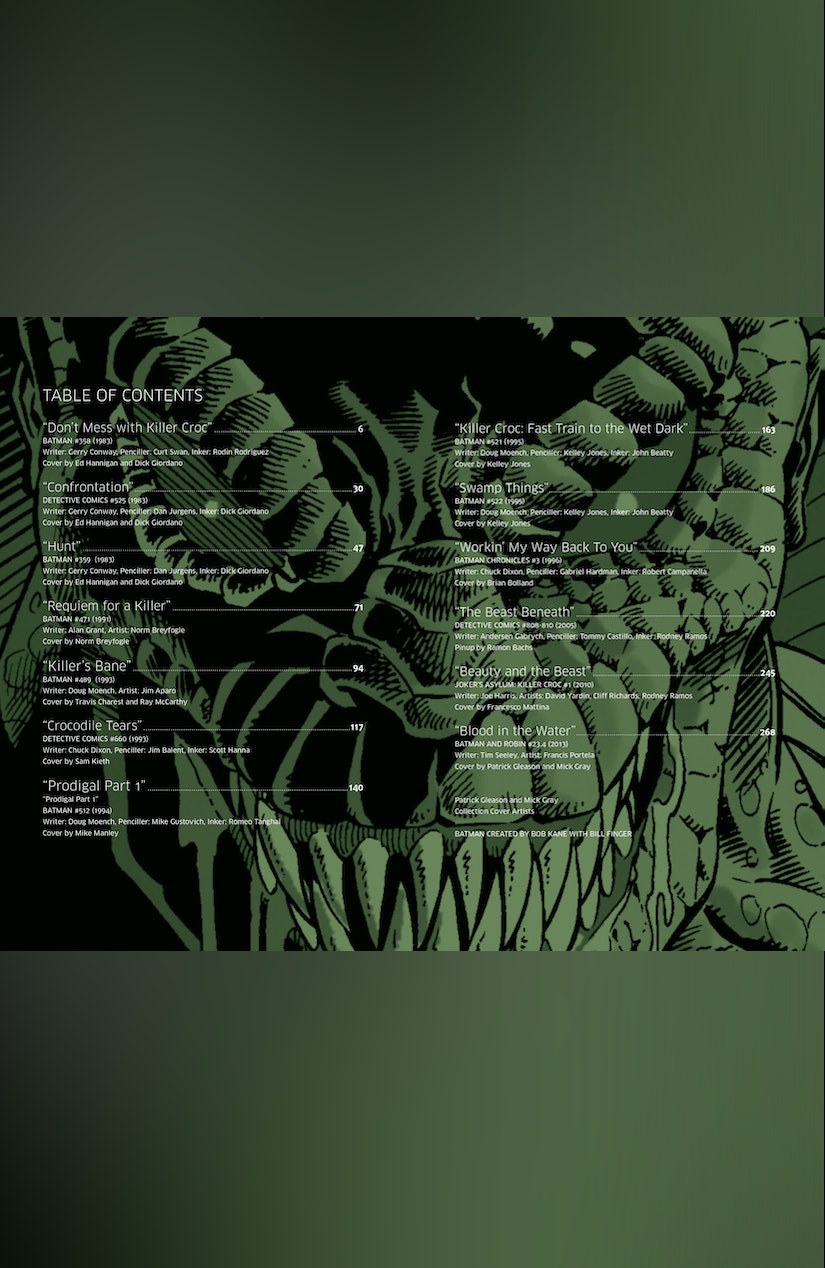 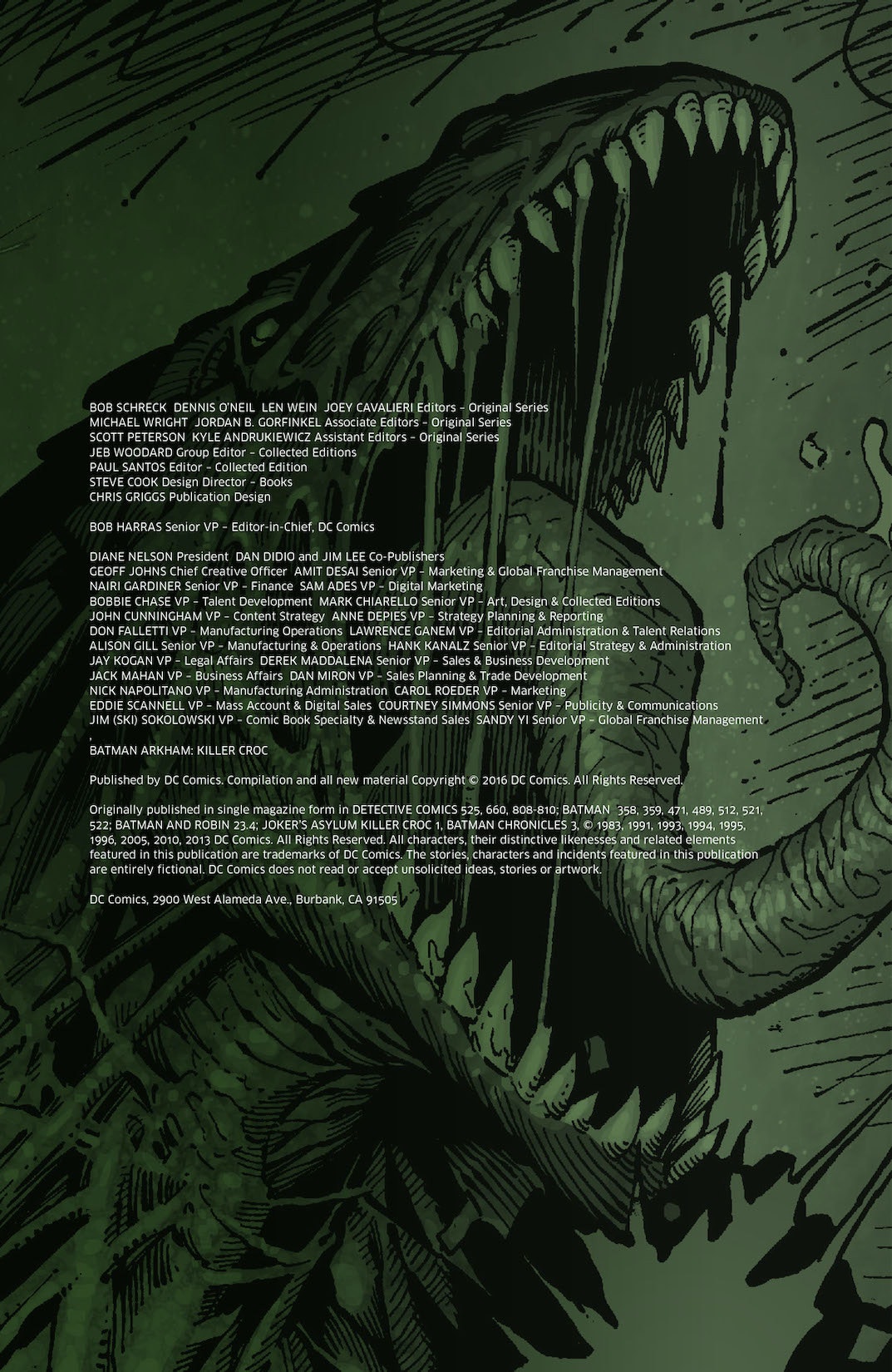 BATMAN ARKHAM: KILLER CROC collects some of the villain's greatest stories by some of the industry's greatest creators, including Gerry Conway (JUSTICE LEAGUE OF AMERICA), Chuck Dixon (NIGHTWING), Doug Moench (THE SPECTRE), Kelley Jones (DEADMAN), Norm Breyfogle (DETECTIVE COMICS), Dan Jurgens (SUPERMAN) and many more! Waylon Jones was born with a rare medical condition that caused his skin to become scaly and his appearance to develop progressively into that of a crocodile. Forced to wrestle alligators in a carnival, Waylon decided that if society declared him a freak, he would succumb to his savage nature and become Killer Croc. Known for his brutal strength and fearsome rage, Killer Croc has been one of Batman’s most physically formidable foes. When facing Croc, the Dark Knight isn’t just dealing with madness: he’s fighting a creature who is more beast than man. But Killer Croc will stop at nothing to defeat (or consume) his prey! Collects DETECTIVE COMICS #525, #660 and #808-810; BATMAN #358, #359, #471, #489, #512, #521 and #522; BATMAN AND ROBIN #23.4; JOKER’S ASYLUM KILLER CROC #1; and BATMAN CHRONICLES #3.