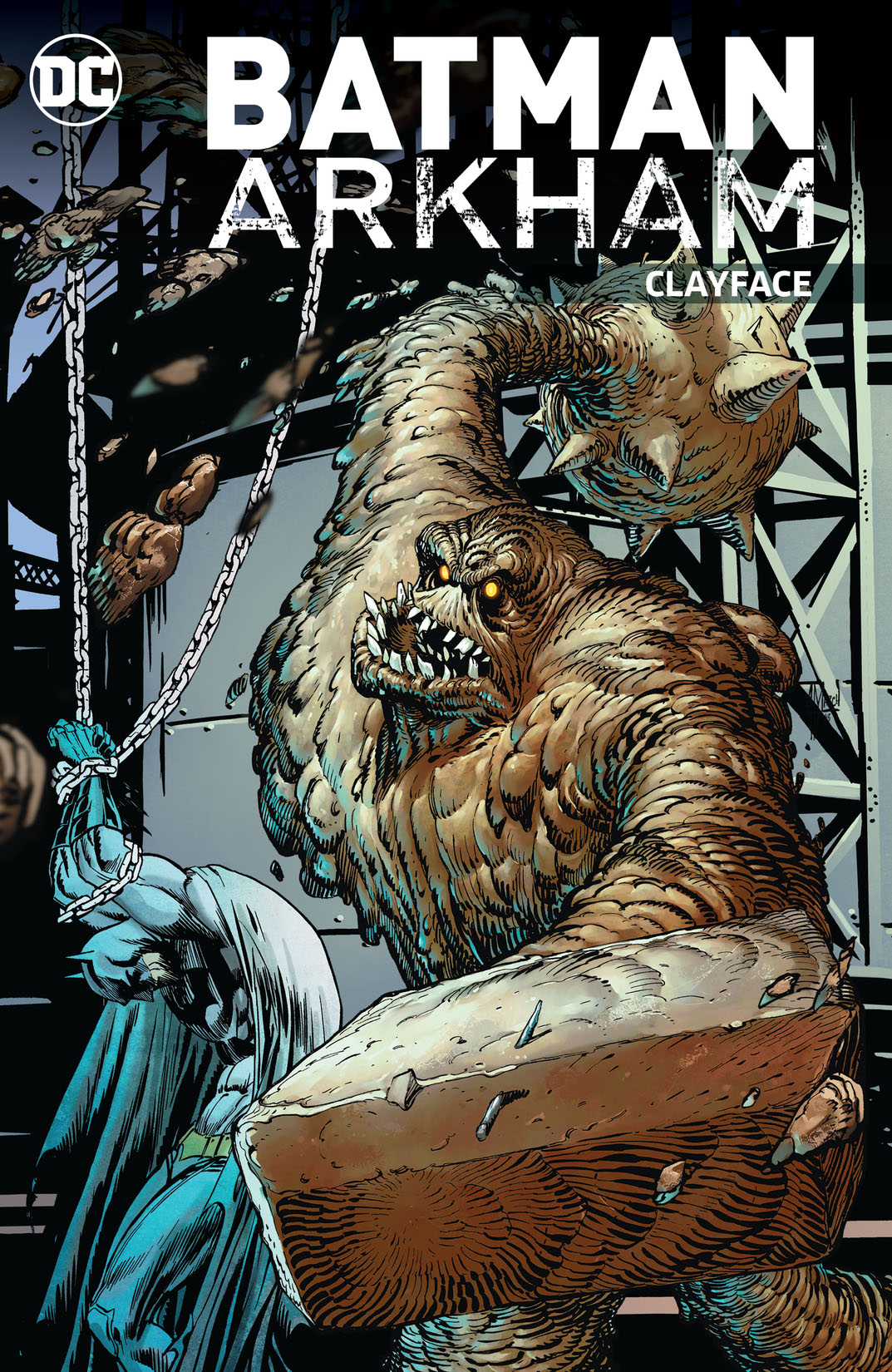 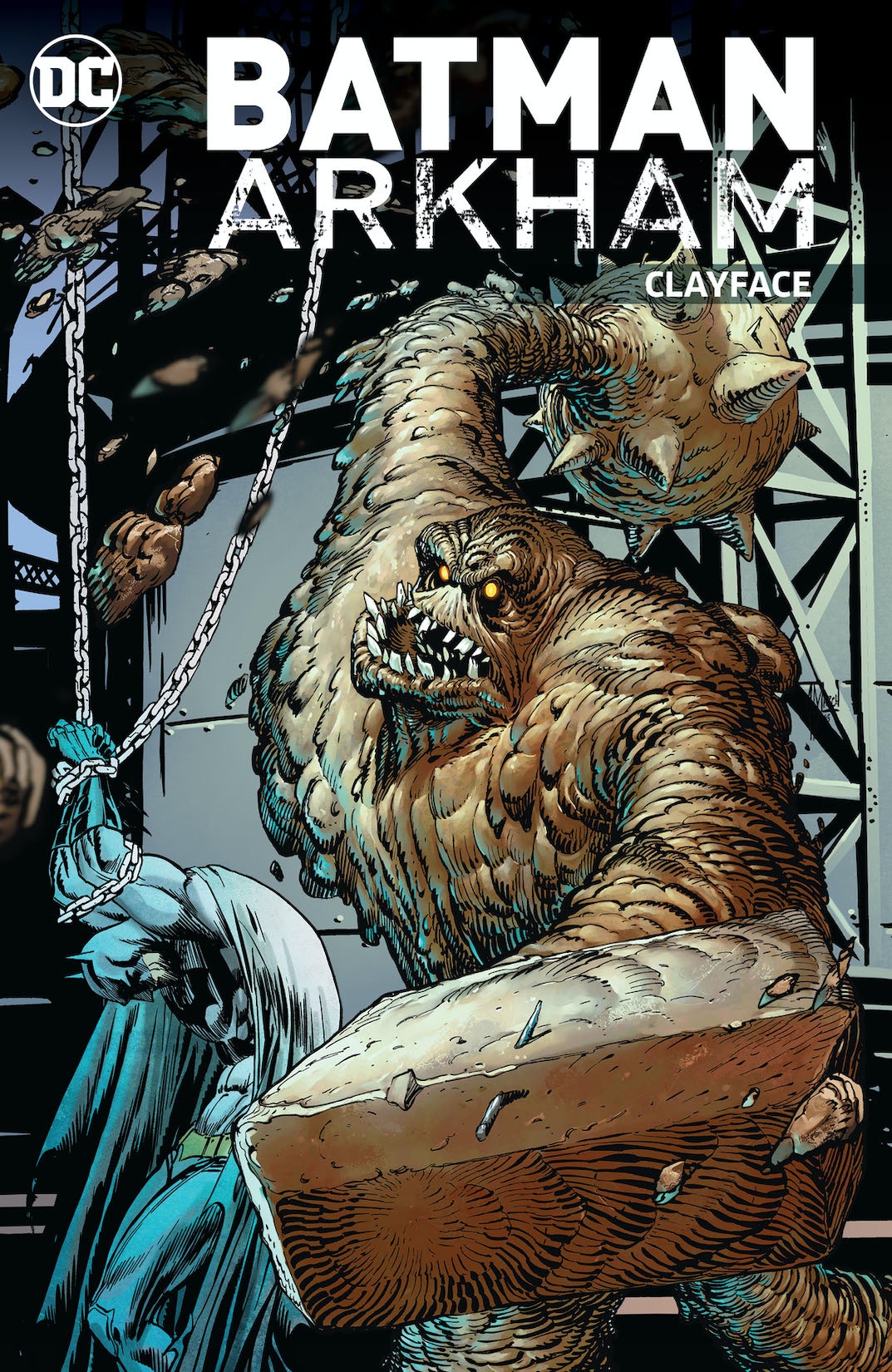 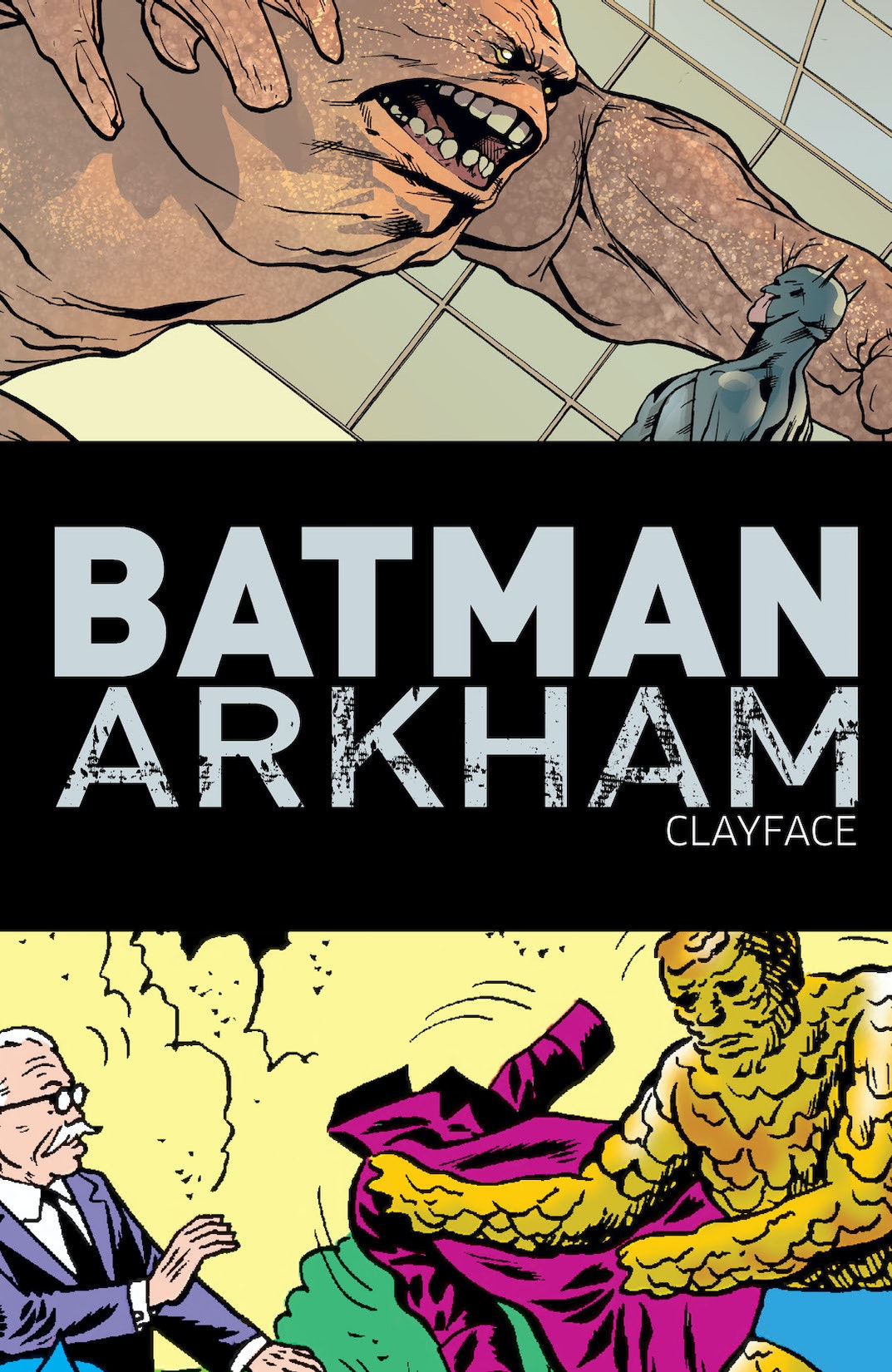 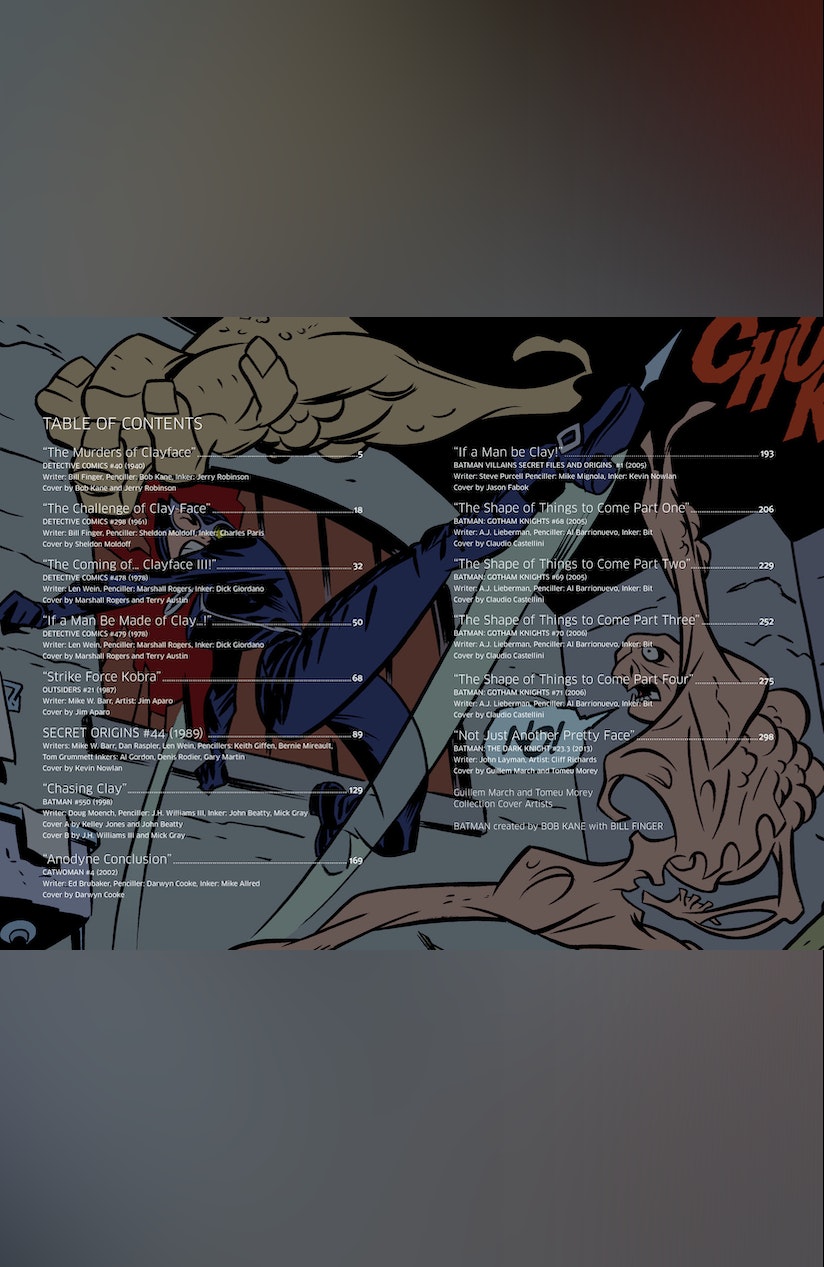 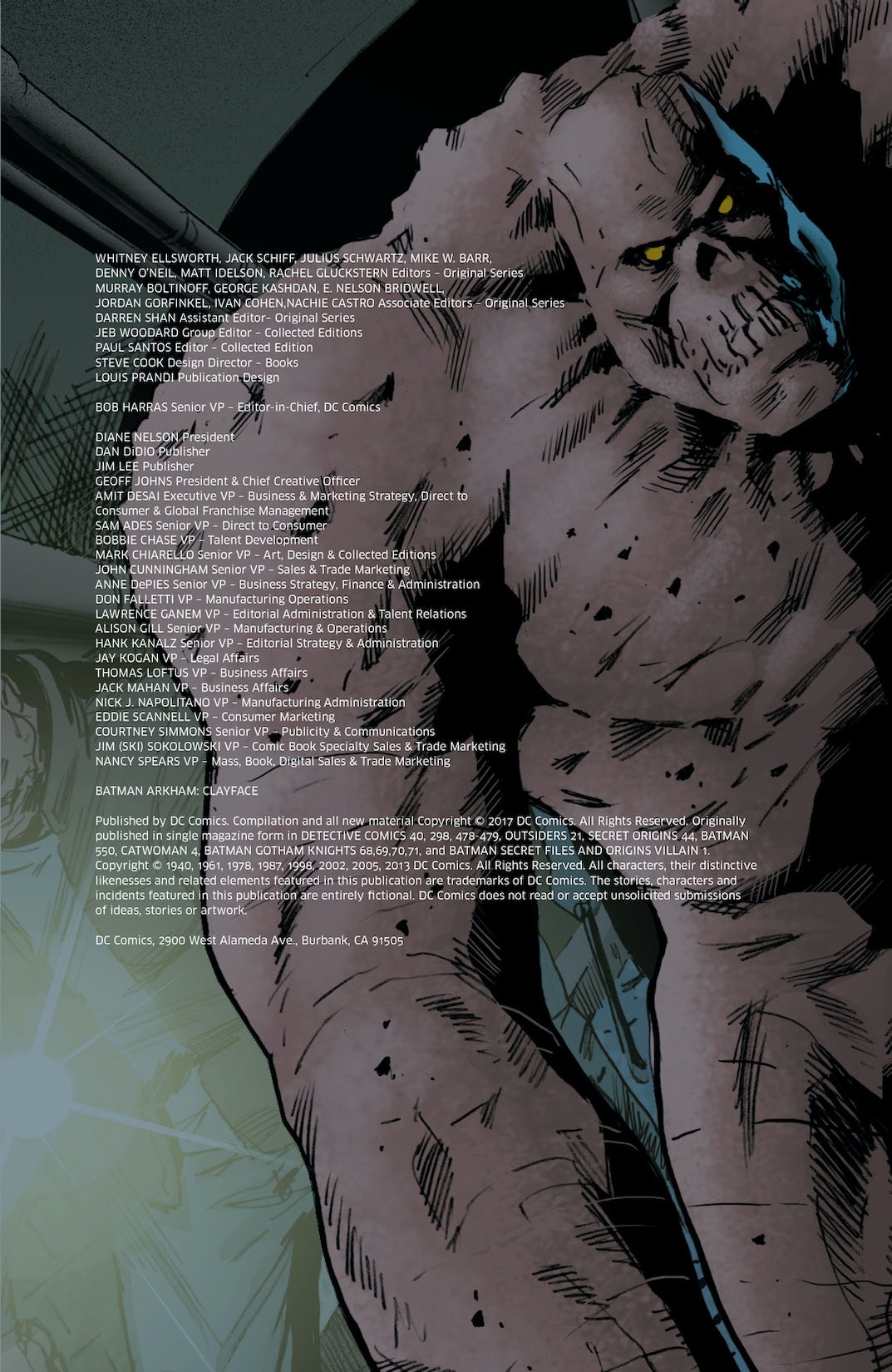 BATMAN ARKHAM: CLAYFACE collects some of the villain's greatest stories by some of the industry's greatest creators, including Ed Brubaker (Captain America), Len Wein (SWAMP THING), Mike W. Barr (BATMAN AND THE OUTSIDERS), Darwyn Cooke (DC: THE NEW FRONTIER), J.H. Williams III (BATWOMAN), Mike Mignola (Hellboy) and many more! Washed-up actor Basil Karlo. Matt Hagen, a common crook. Preston Payne, tragic scientist. These are just a few of the many people who have claimed the name Clayface! Some of them have incredible shape-changing abilities, while others have a deadly touch that can melt a person into a puddle of protoplasm. All of them have tormented the citizens of Gotham City and been defeated by the Dark Knight and his allies. Now witness the origins of their transformations and learn their ultimate fate! Collects DETECTIVE COMICS #40, #298, #478-479, OUTSIDERS #21, SECRET ORIGINS #44, BATMAN #550, CATWOMAN #4, BATMAN GOTHAM KNIGHTS #69, 70, 71, and BATMAN SECRET FILES AND ORIGINS VILLAIN #1.