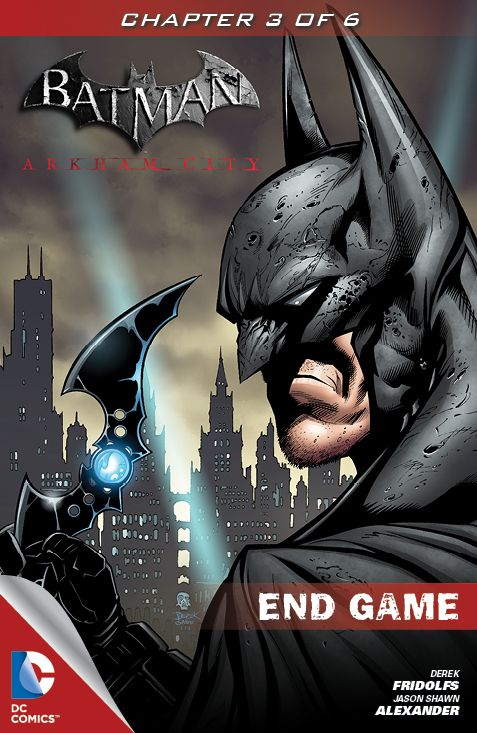 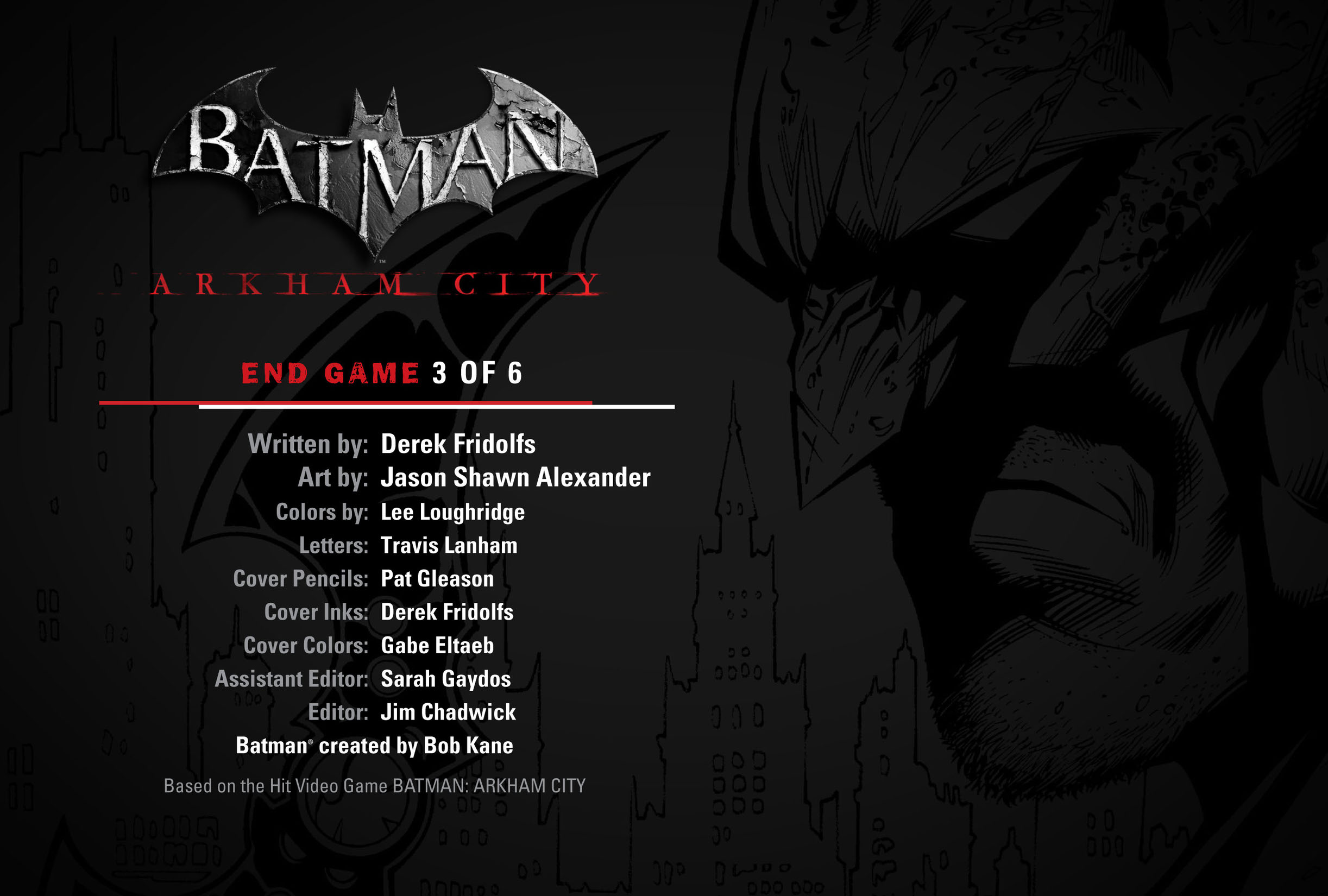 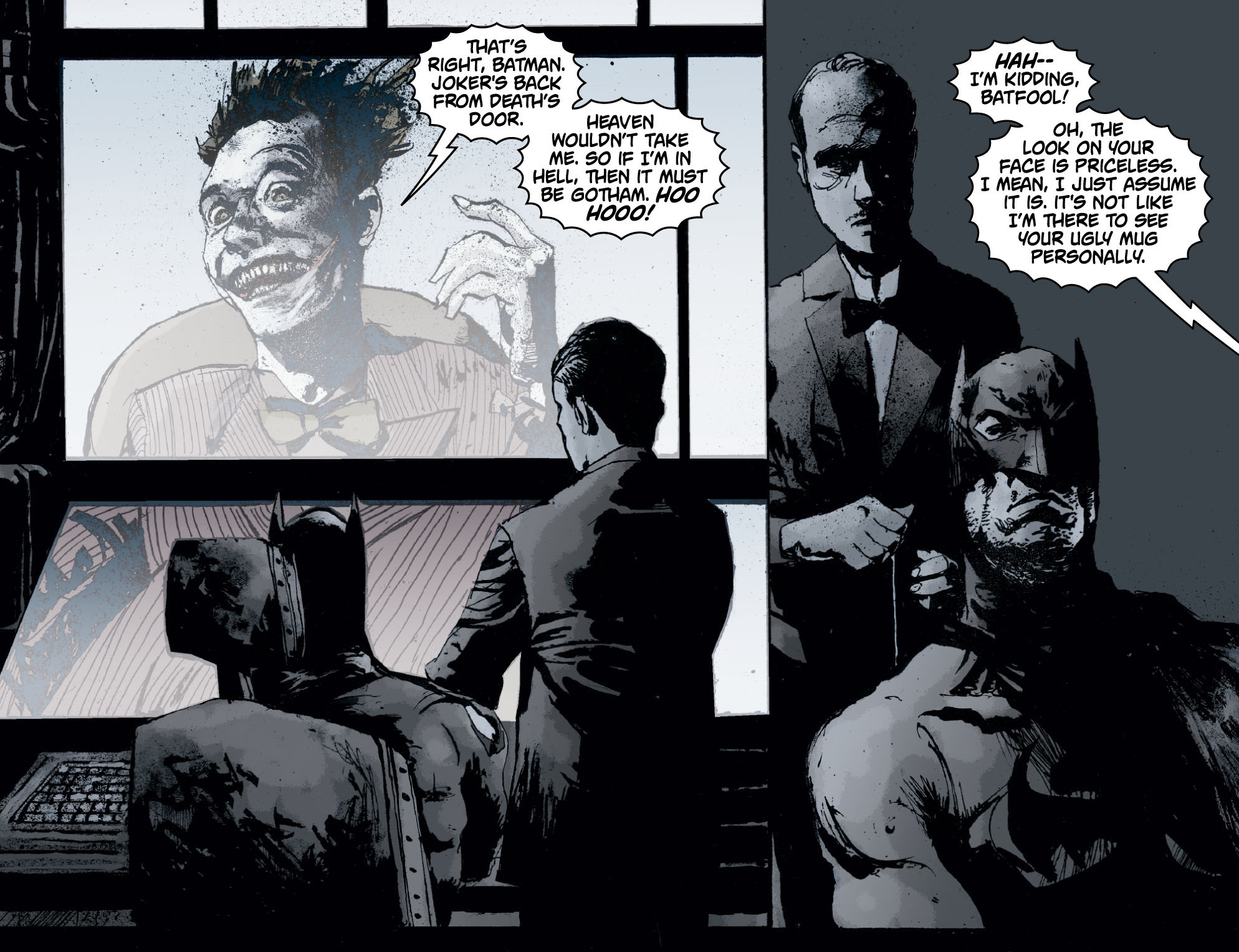 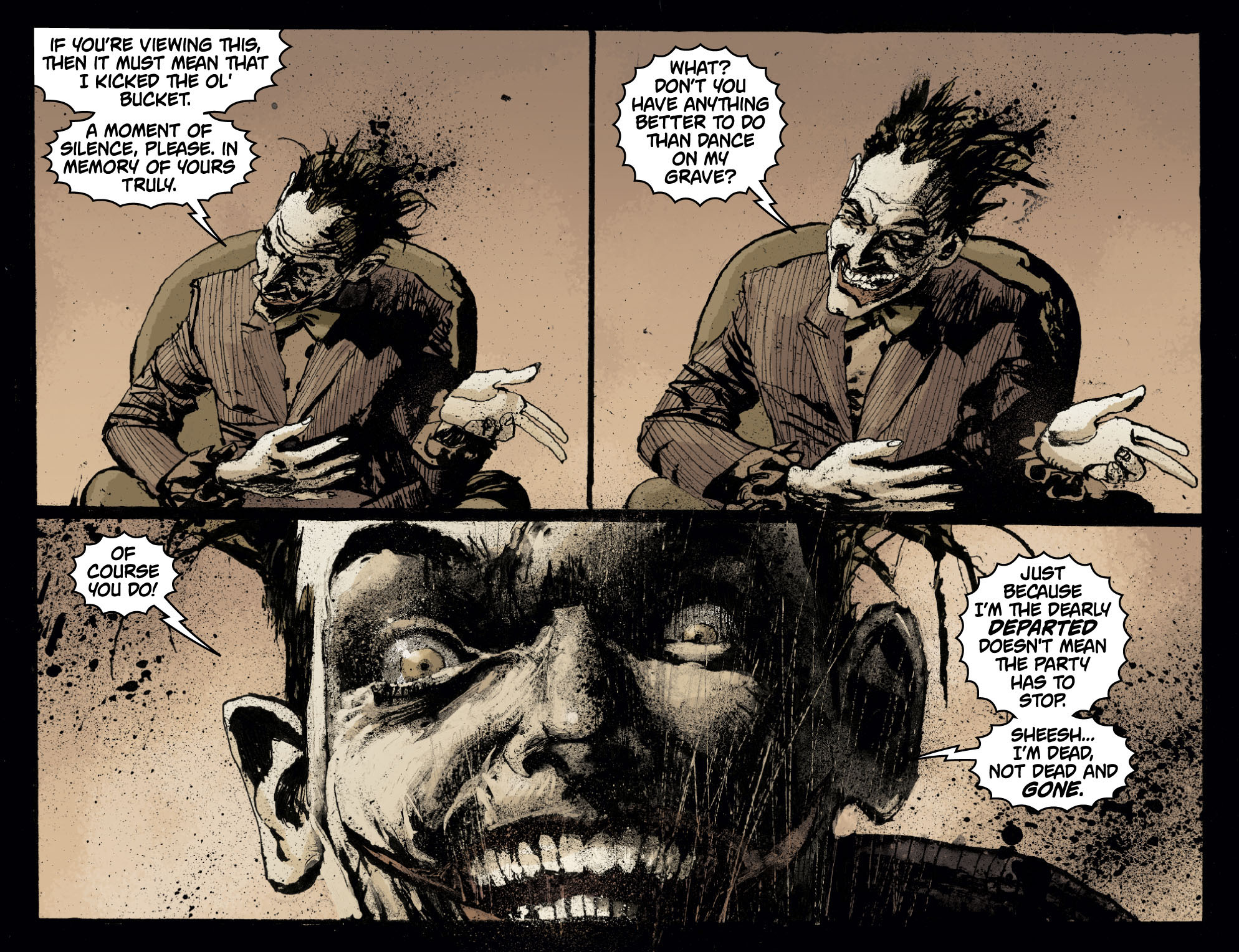 Batman learns the full extent of Joker's horrific plans for revenge. Even from beyond the grave, Joker's diabolical plotting causes a full-scale riot—both in Gotham and in Arkham City. A final clue sends Batman rushing to Arkham Asylum to try and save the city, but will he get there in time?