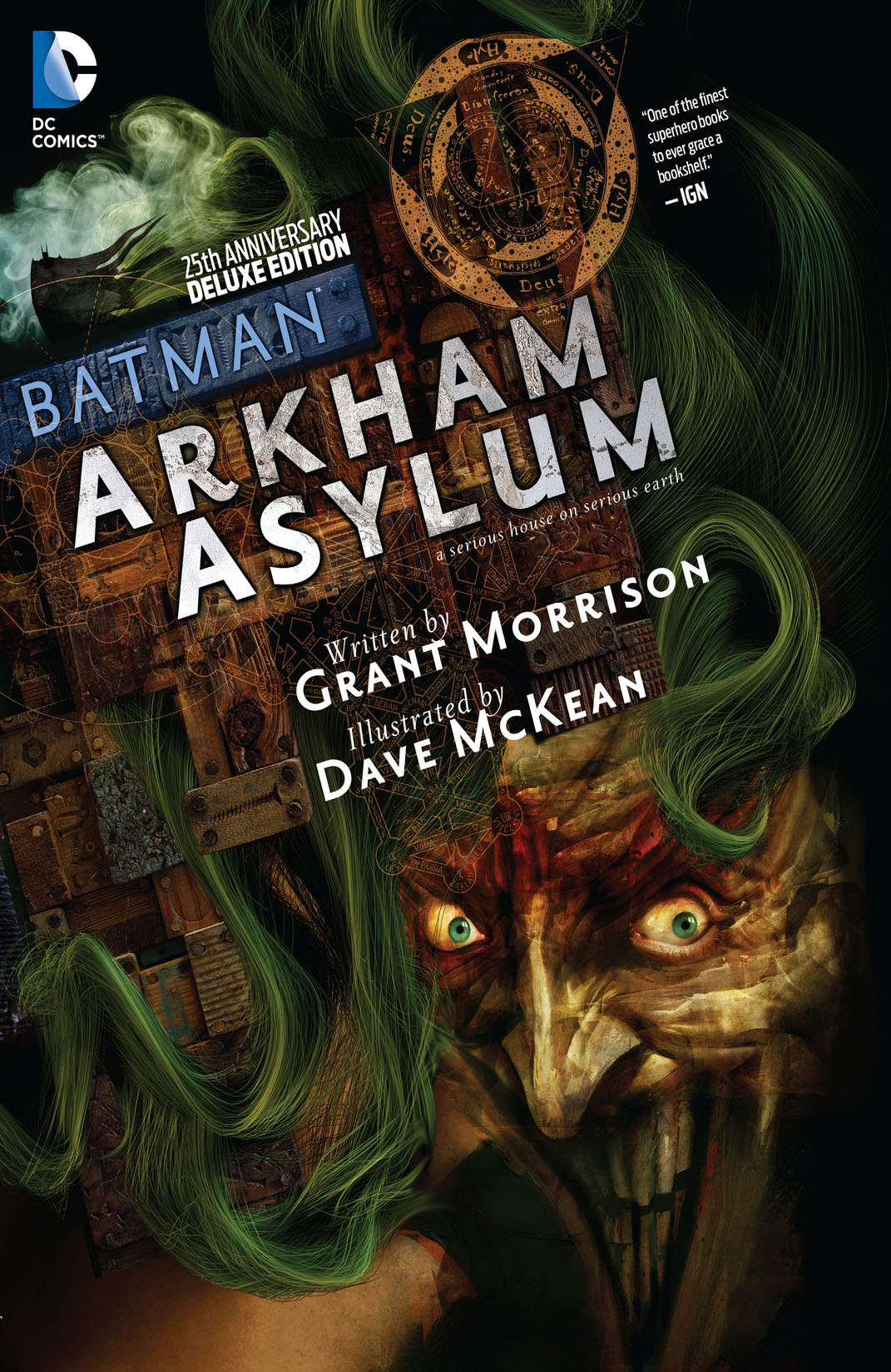 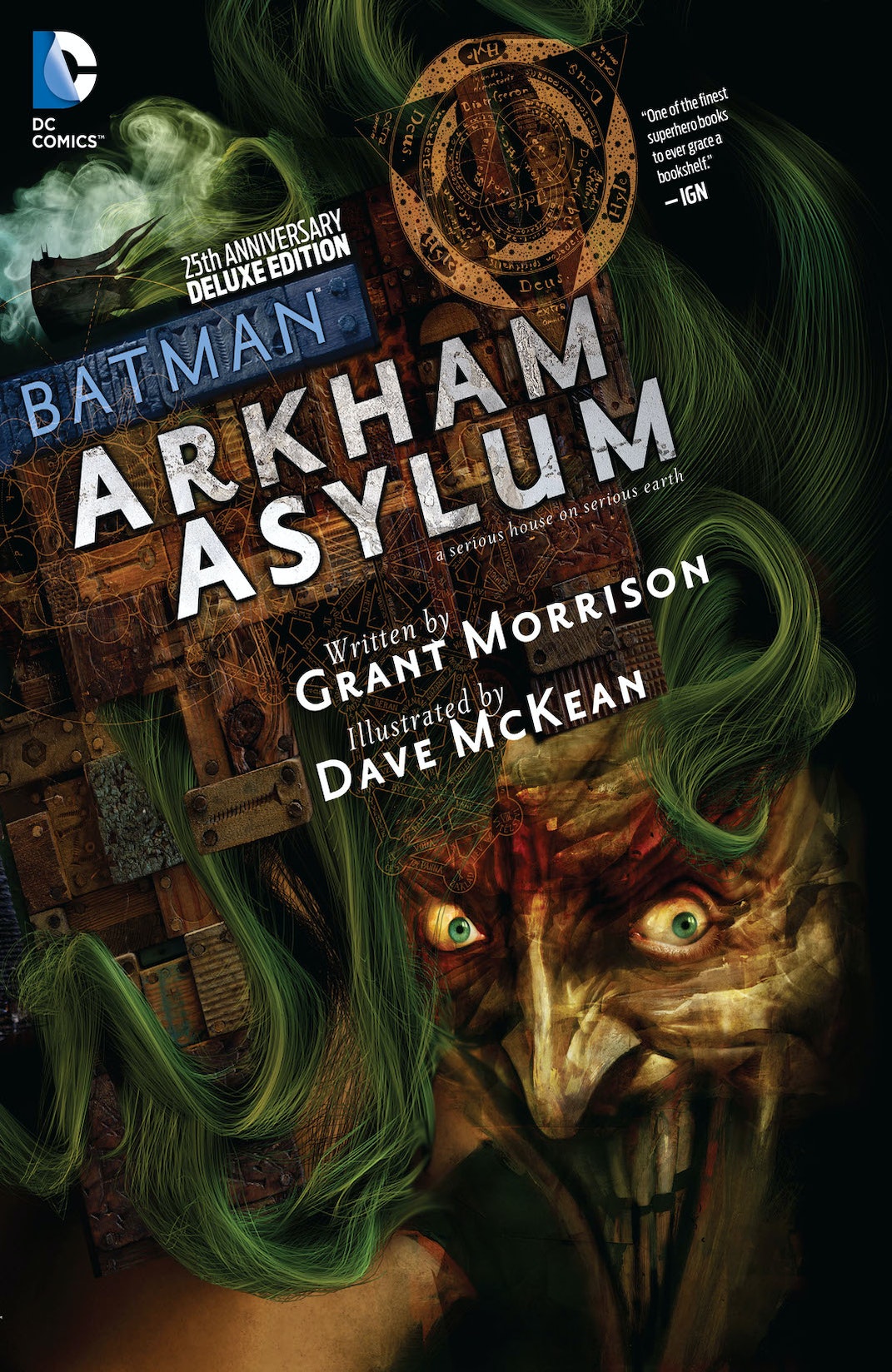 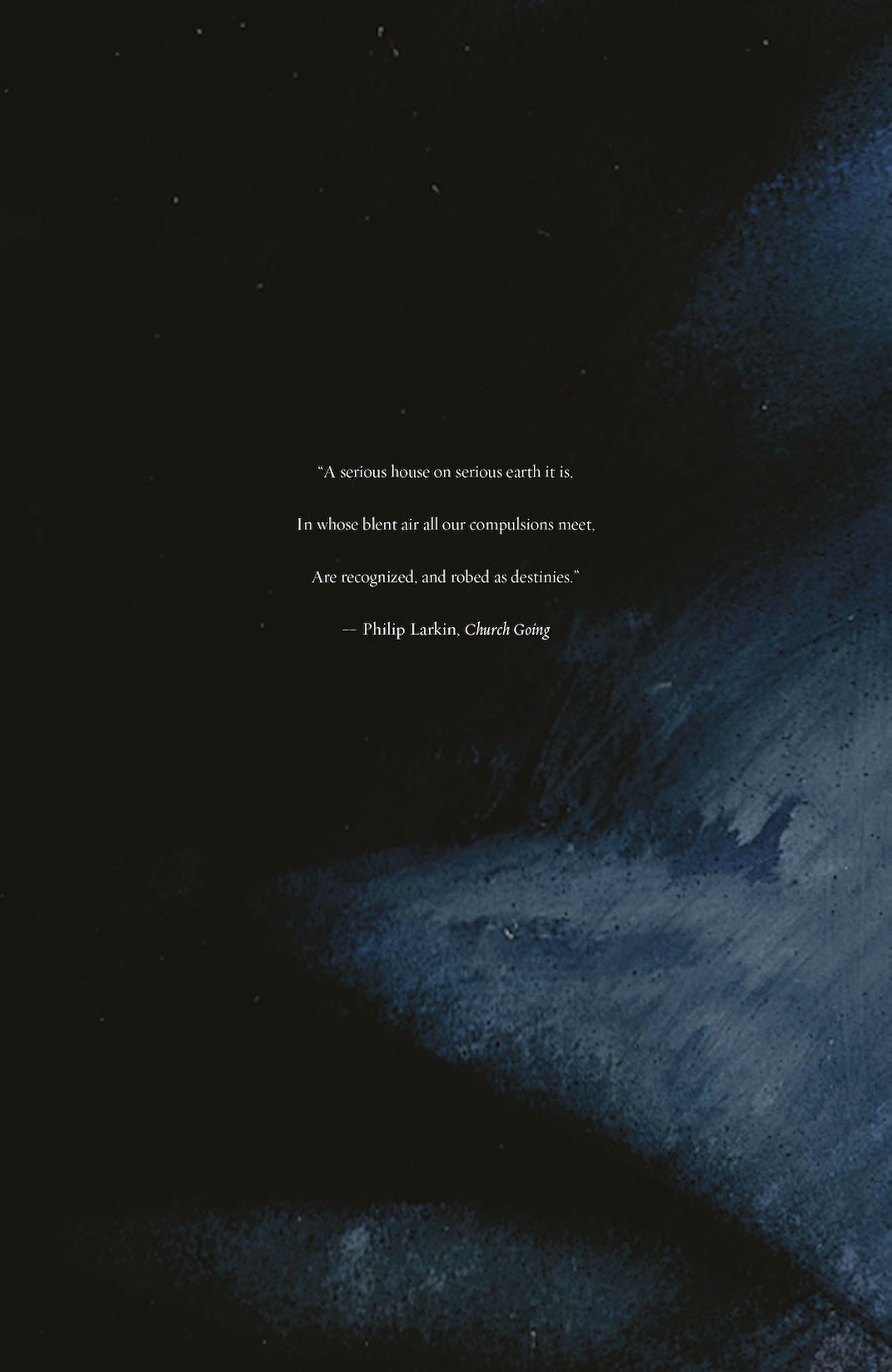 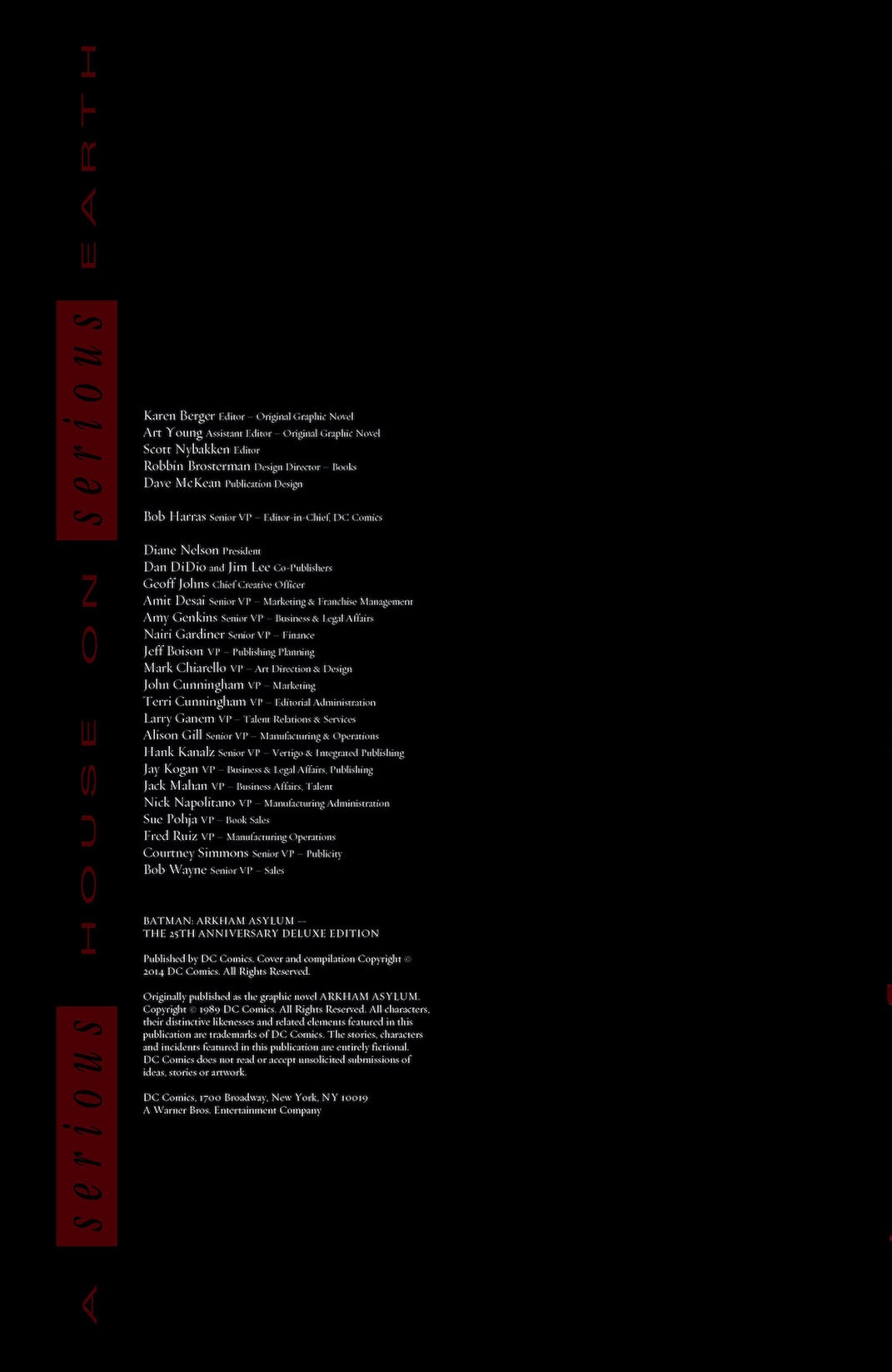 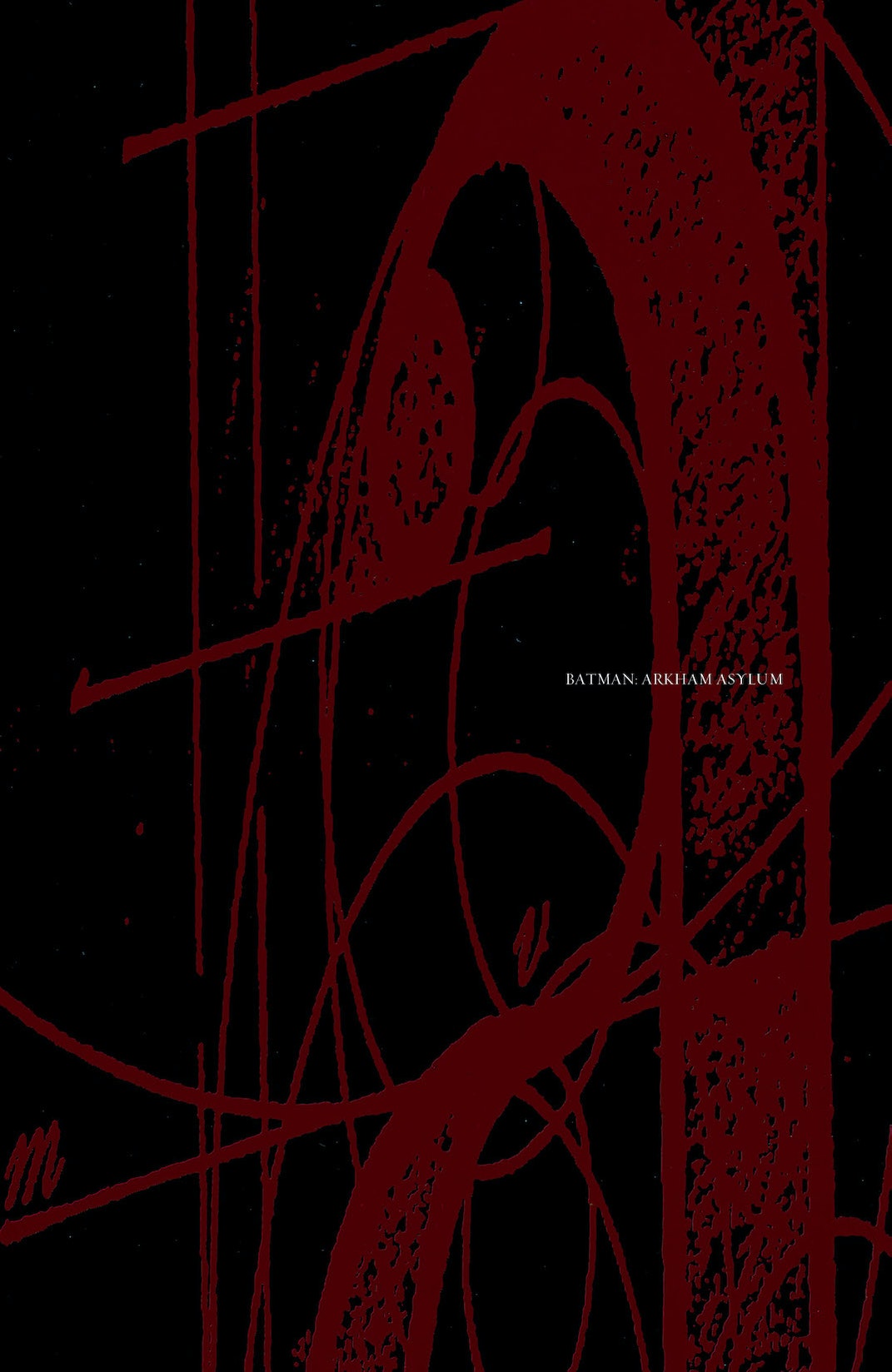 One of the greatest Batman stories ever told, BATMAN: ARKHAM ASYLUM is celebrated in this 25th Anniversary Edition. The inmates of Arkham Asylum have taken over Gotham's detention center for the criminally insane on April Fool's Day, demanding Batman in exchange for their hostages. Accepting their demented challenge, Batman is forced to endure the personal hells of the Joker, Scarecrow, Poison Ivy, Two-Face and many other sworn enemies in order to save the innocents and retake the prison. During his run through this absurd gauntlet, the Dark Knight must face down both his most dangerous foes and his inner demons. This is the critically acclaimed Batman story that helped launch the U.S. careers of Grant Morrison and Dave McKean.