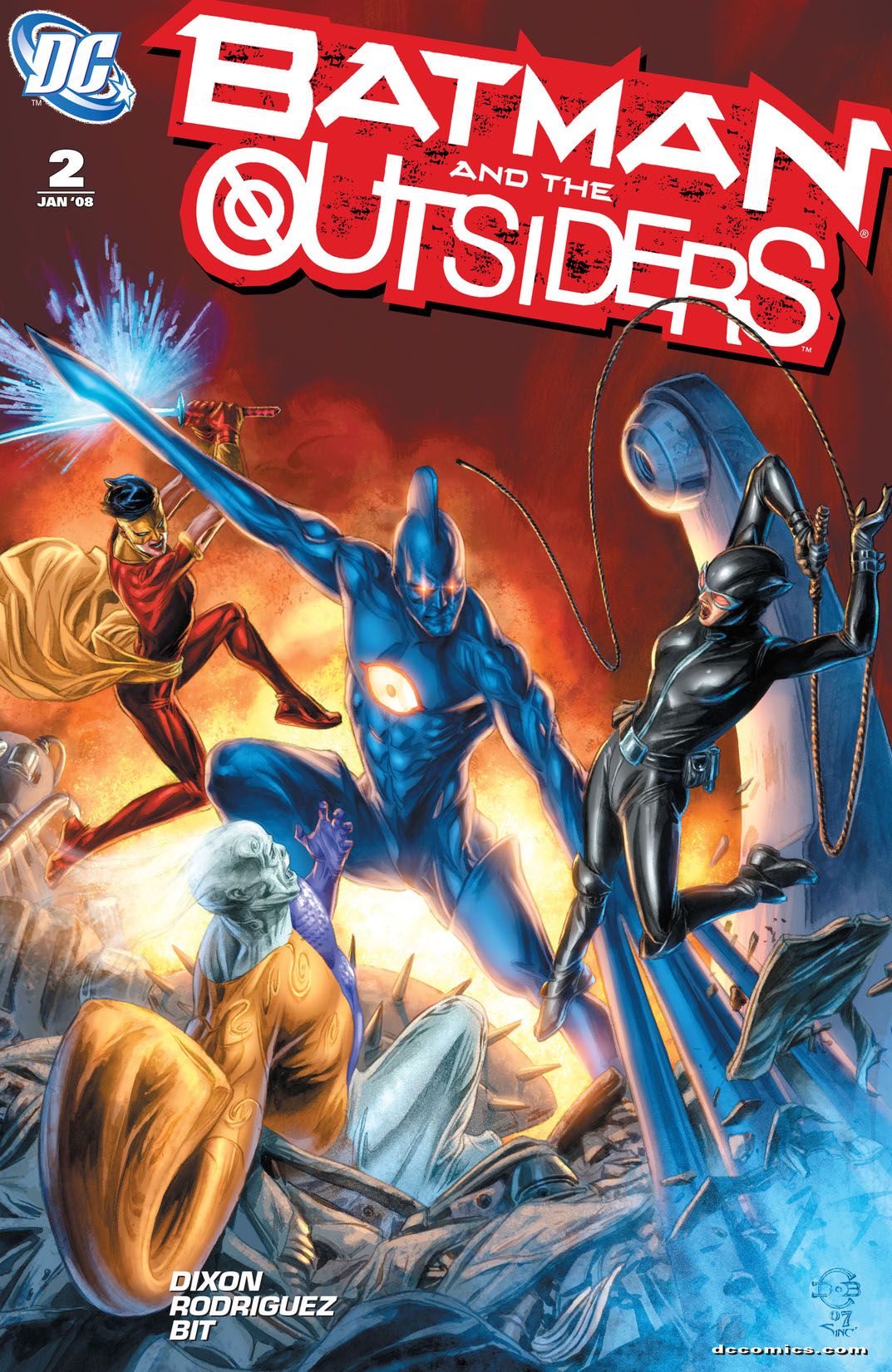 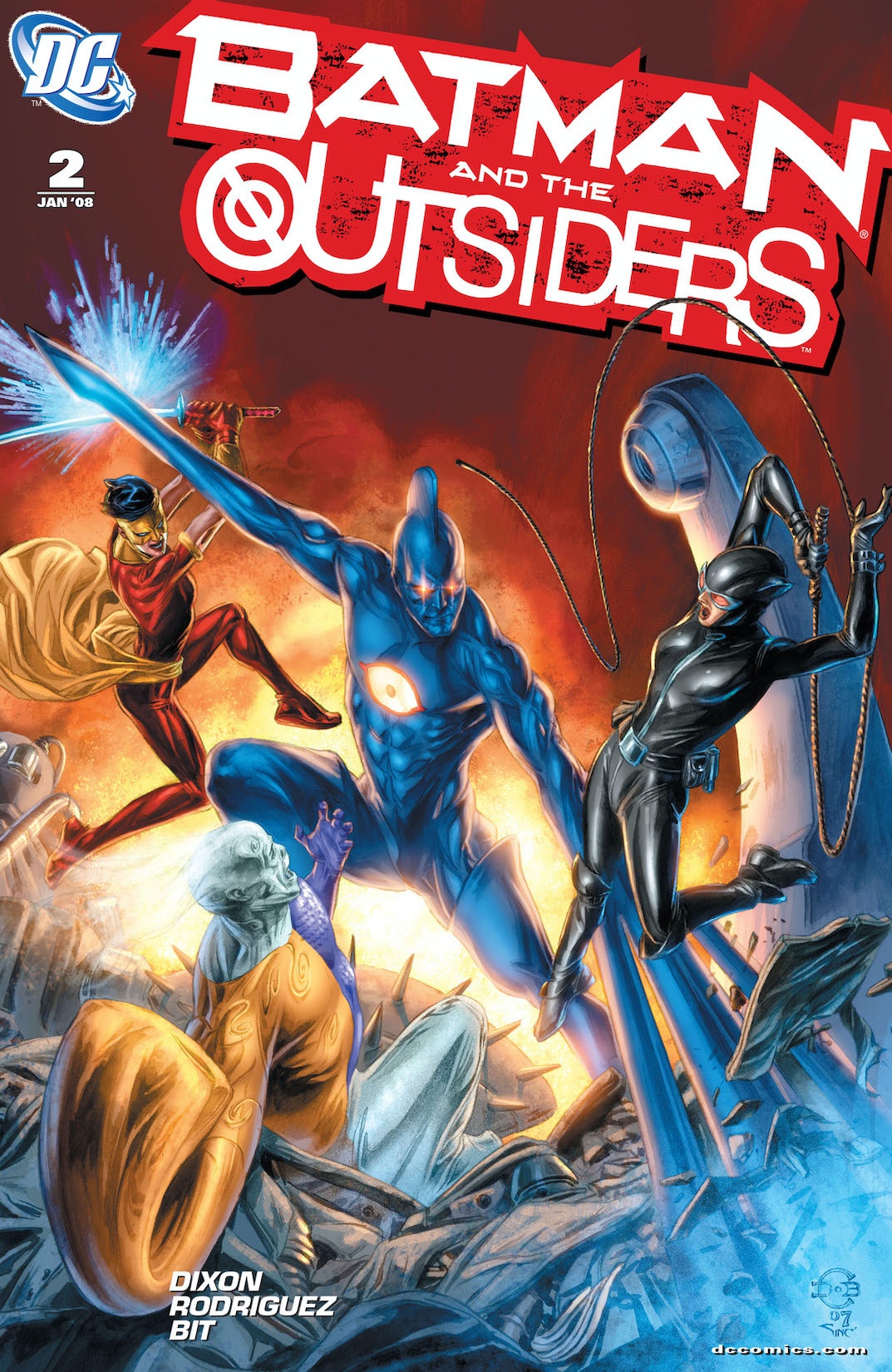 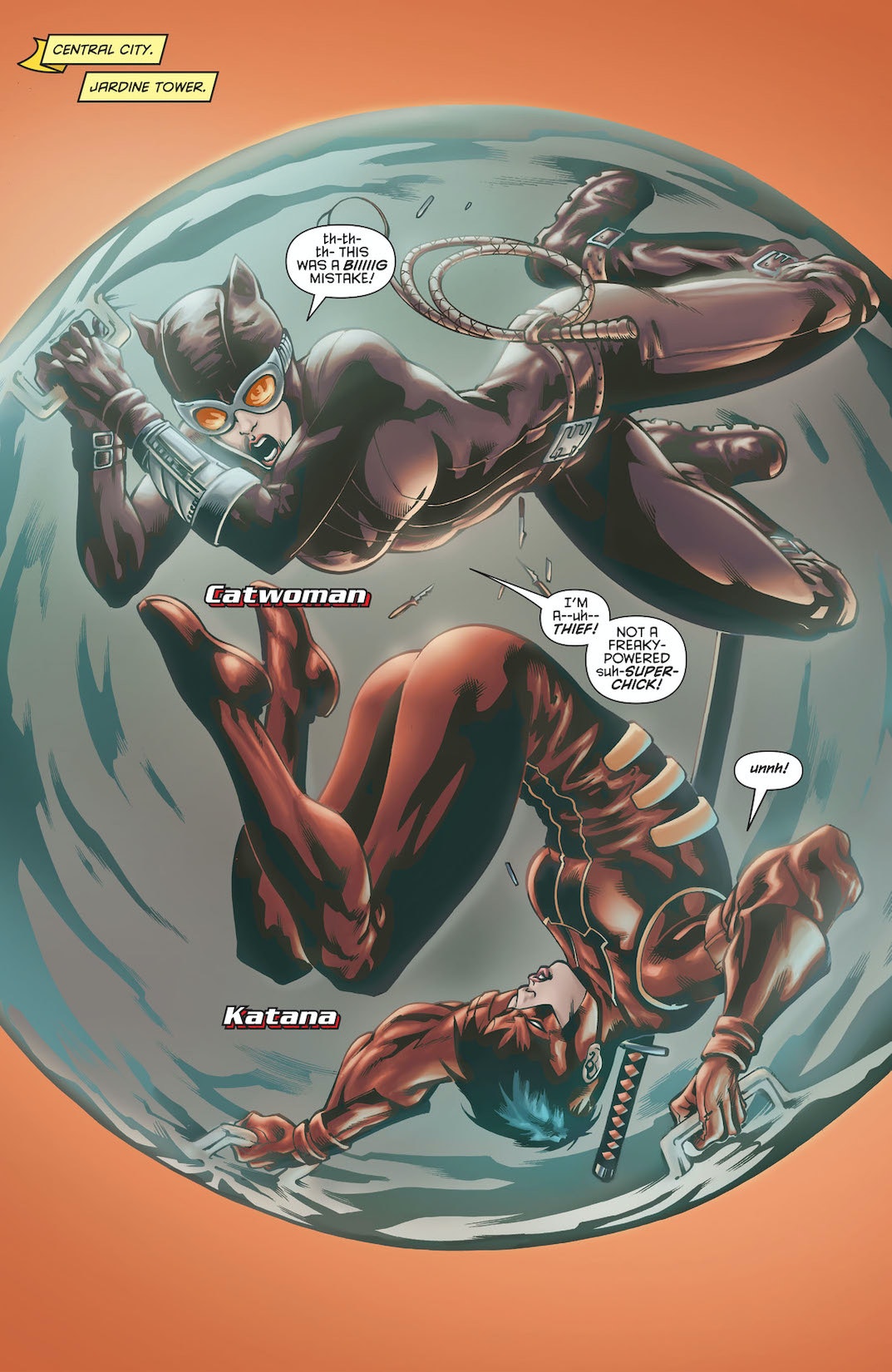 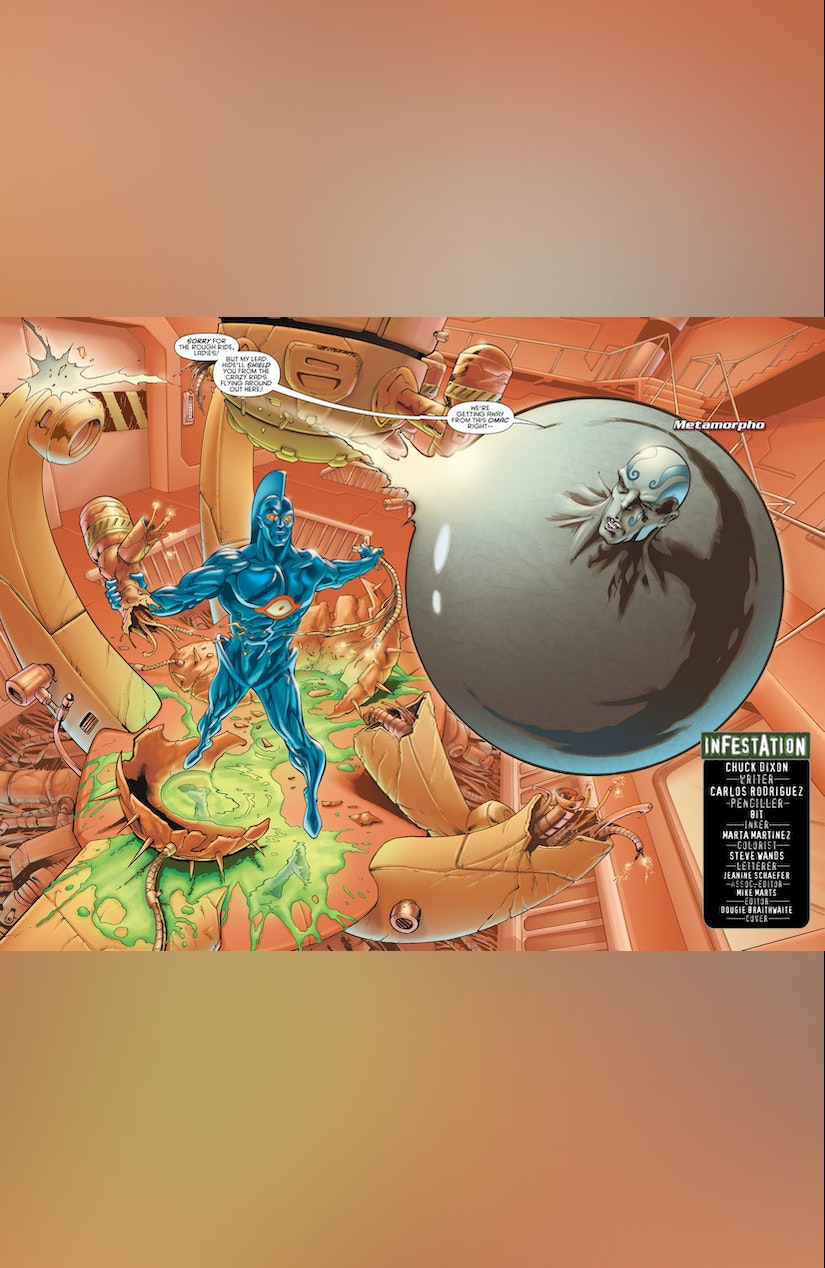 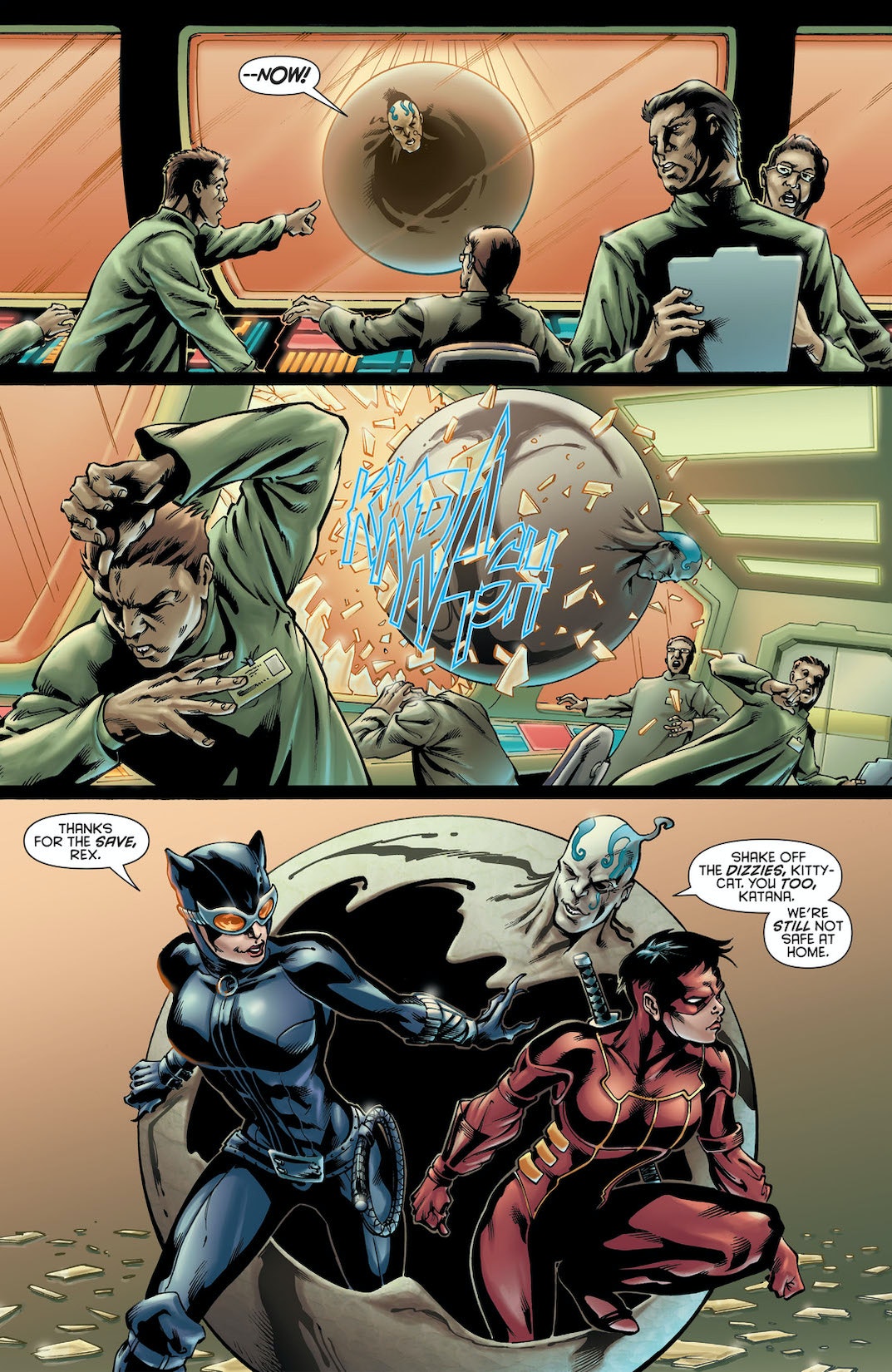 Batman and his Outsiders investigate the appearance of a strange OMAC-like entity at Jardine Tower. And to further complicate things, Batman's newest recruit makes her dramatic entrance at the end of the issue—but her addition doesn't sit well with some of the other Outsiders!