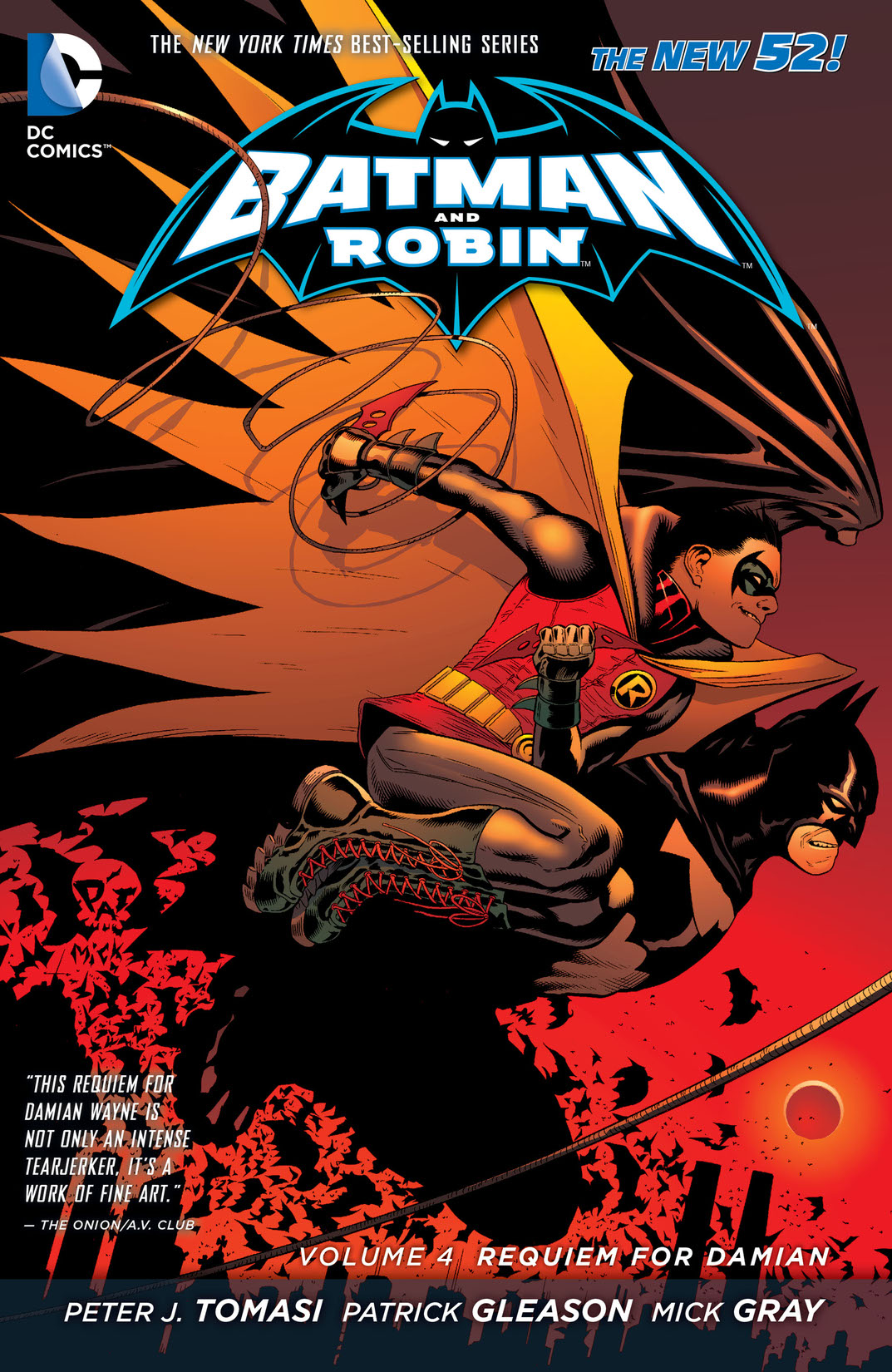 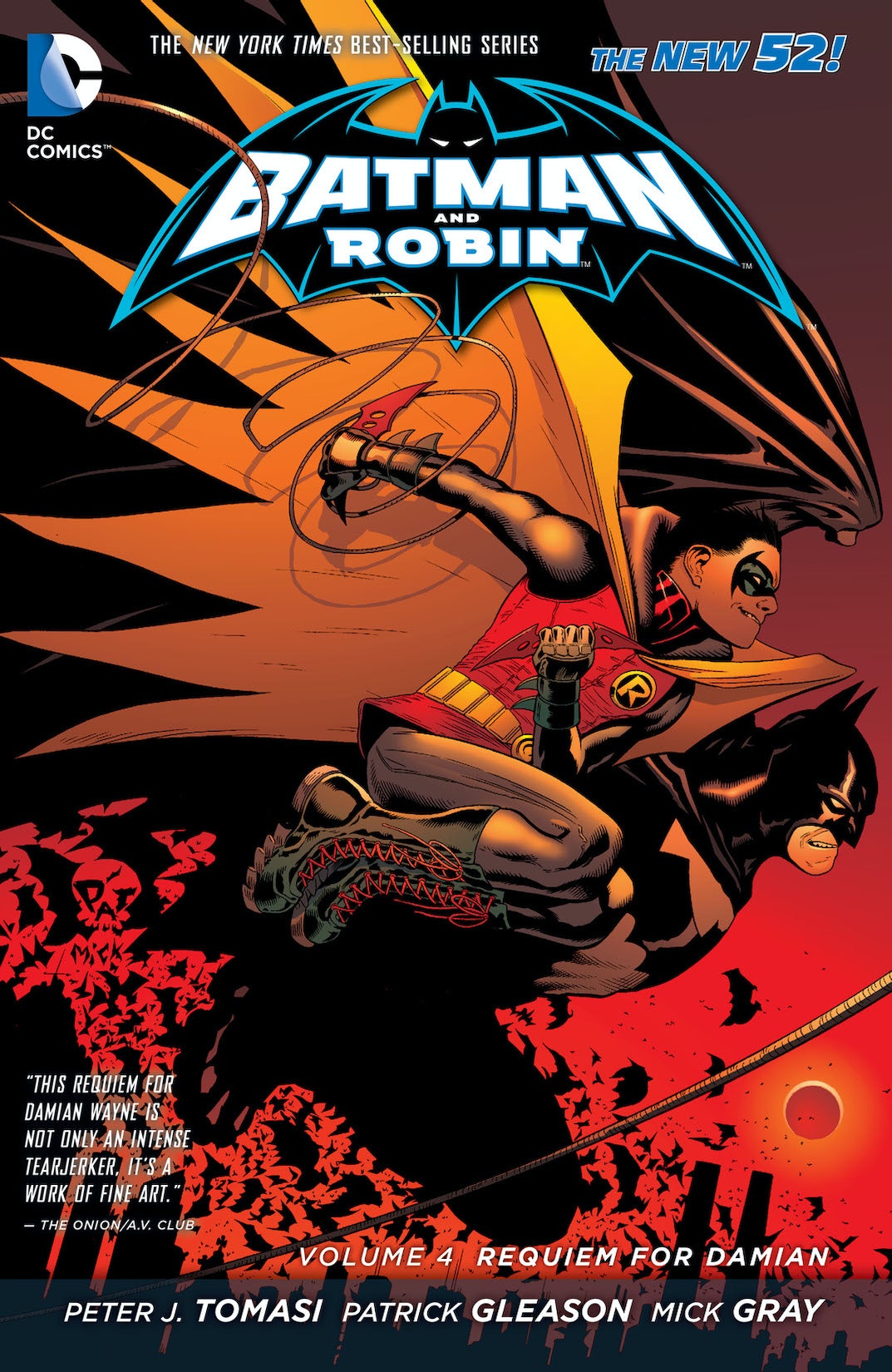 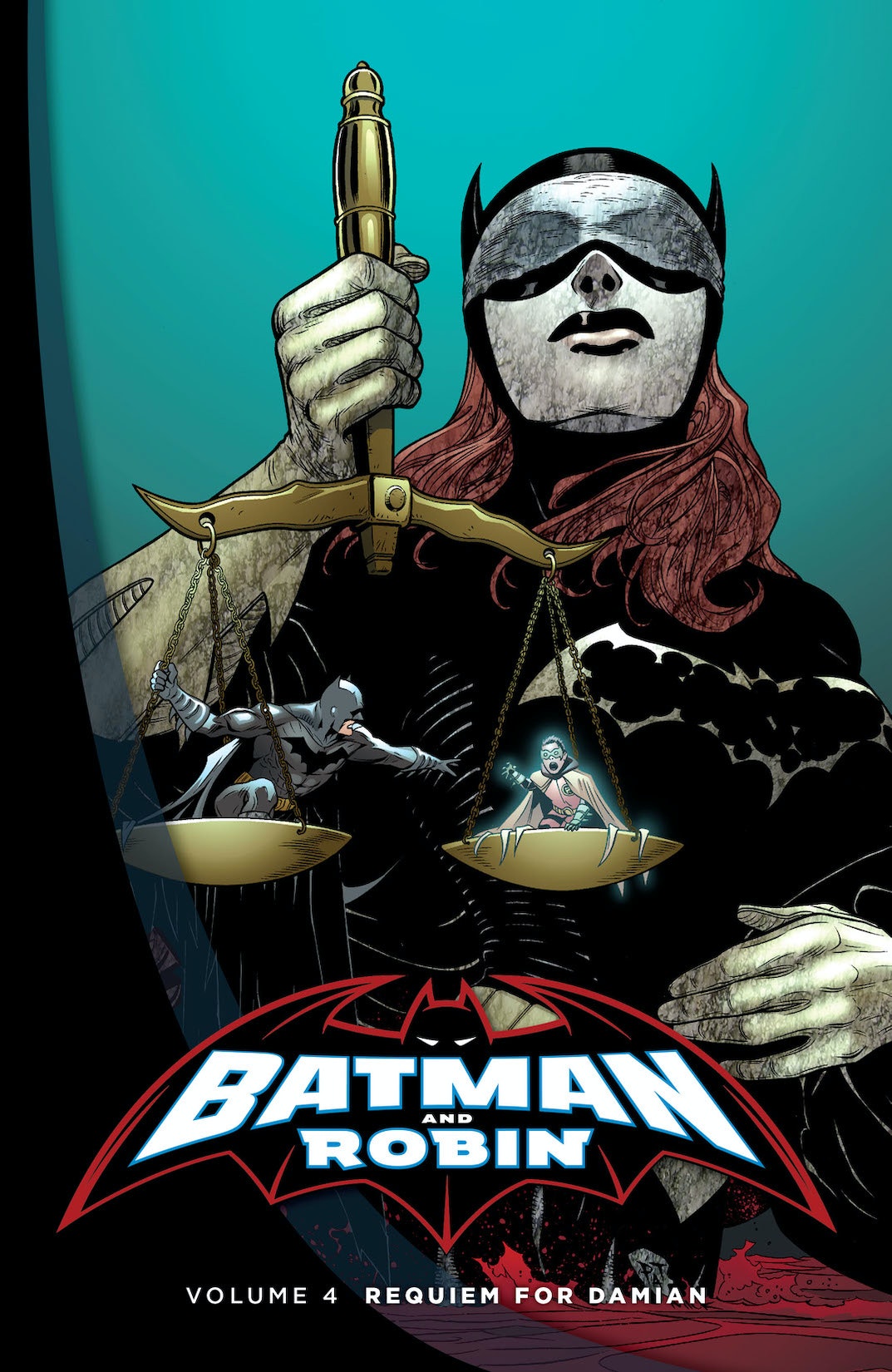 Shocked and devastated by the death of his son Damian, Batman suddenly finds himself without a Robin…and without direction in a world that no longer seems to make sense. Now, the members of Batman’s extended family will rally to his side and try to temporarily fill the void in his life. But can even these friends, family members and lovers help Batman forgive himself for the greatest tragedy he’s faced? Or will his own guilt finally become the one enemy the Dark Knight can’t defeat? The bestselling acclaimed creative team of Peter Tomasi (FOREVER EVIL: ARKHAM WAR) and Patrick Gleason (GREEN LANTERN CORPS) explore Batman’s life after losing his partner…and his son. BATMAN AND ROBIN: REQUIEM FOR DAMIAN collects issues #18-23, including the critically acclaimed “silent issue”.