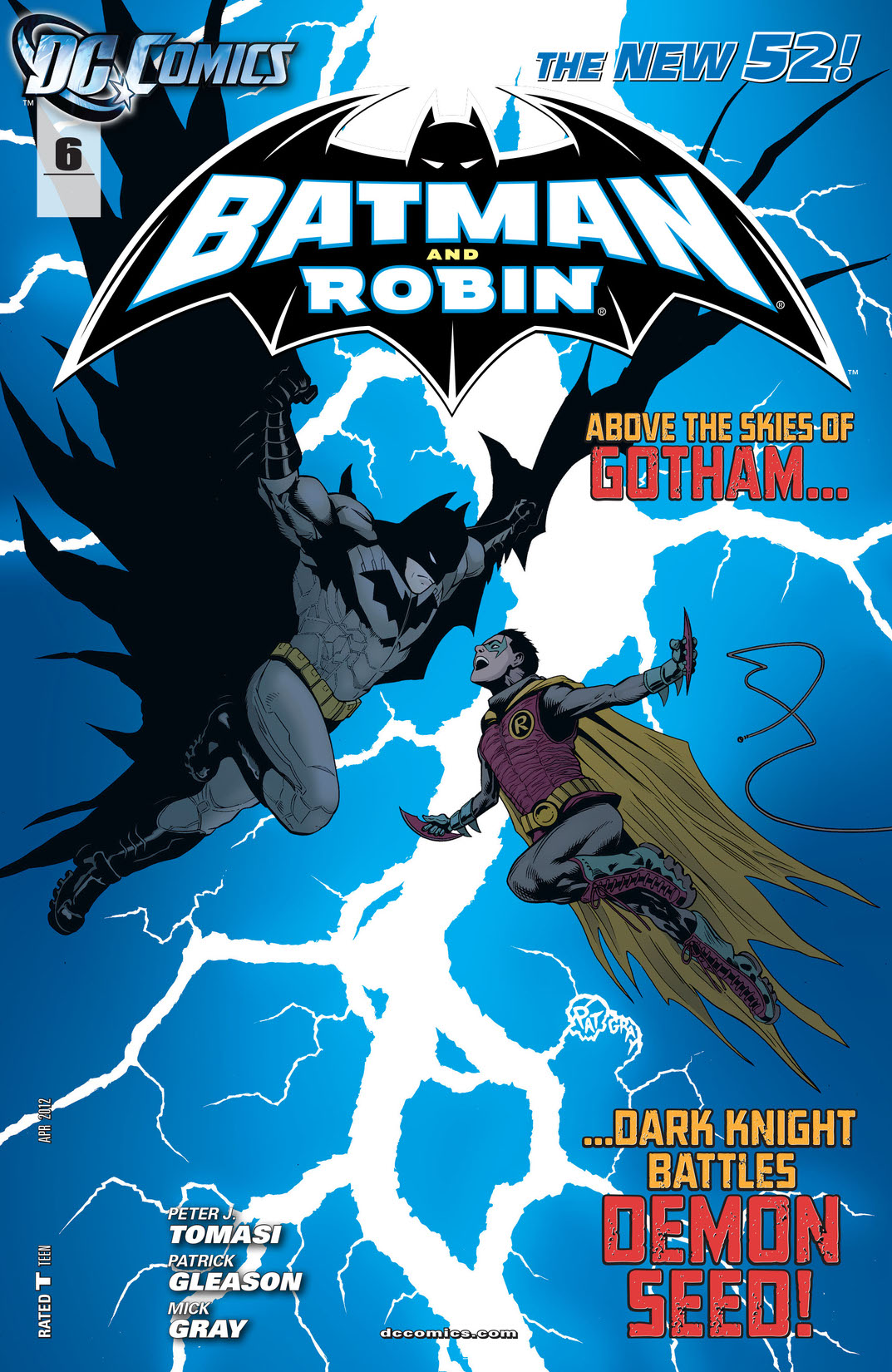 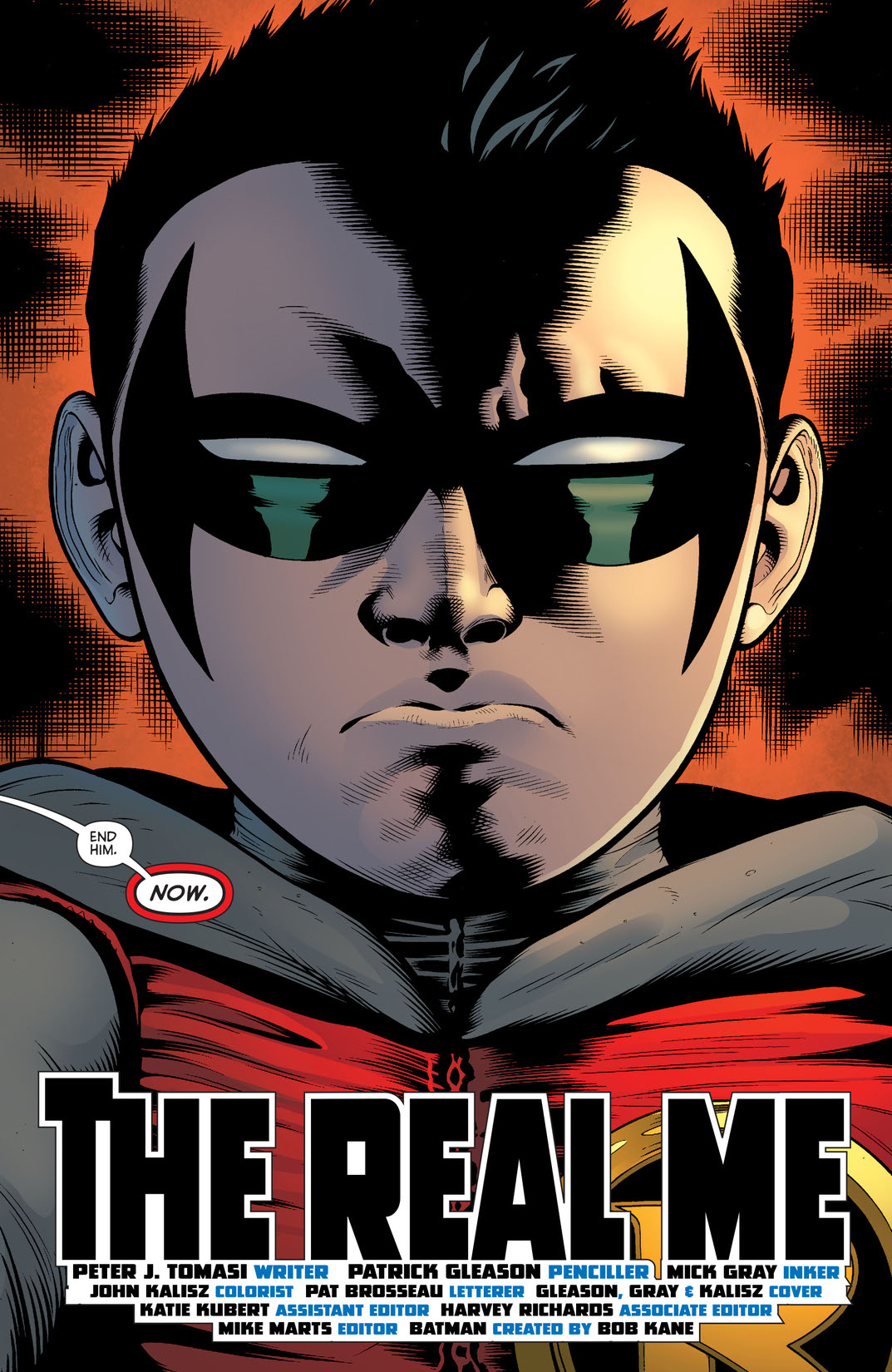 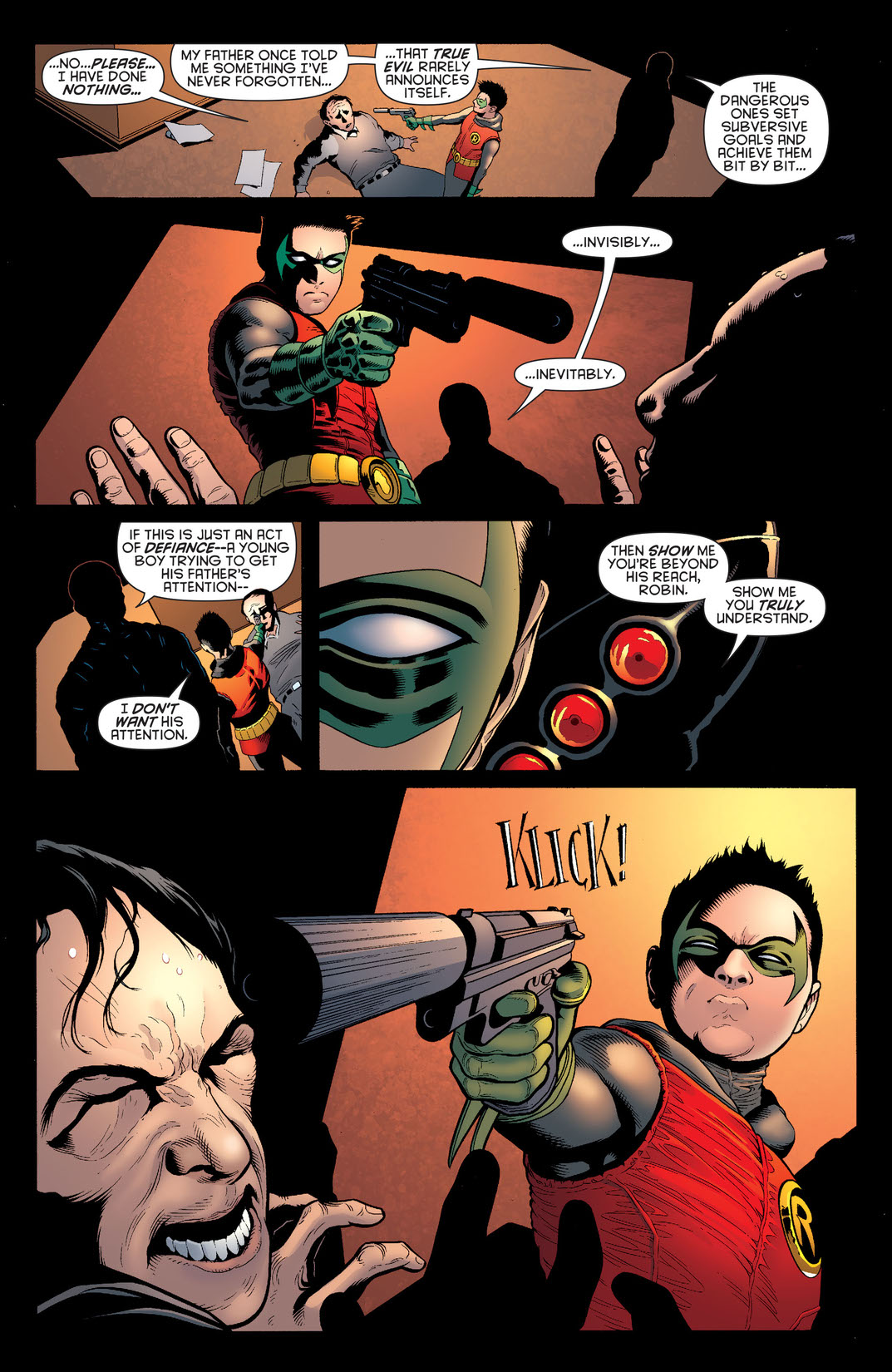 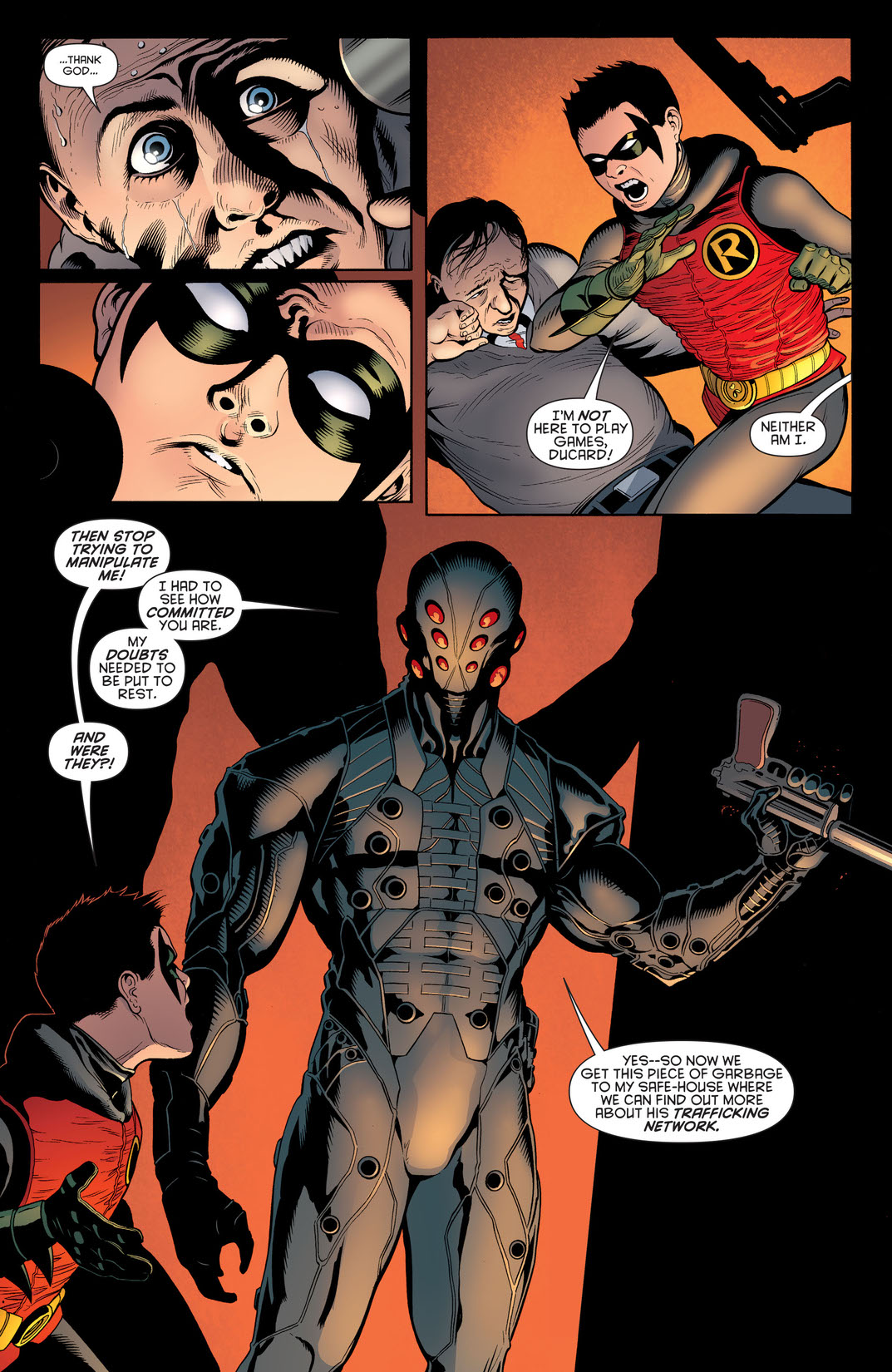 As the bond between Batman and Robin deteriorates, Robin is forced by NoBody to make a life-and-death decision. Plus, Batman's hunt through Gotham City to find them reaches a soul-searing moment that will push Batman to the edge!