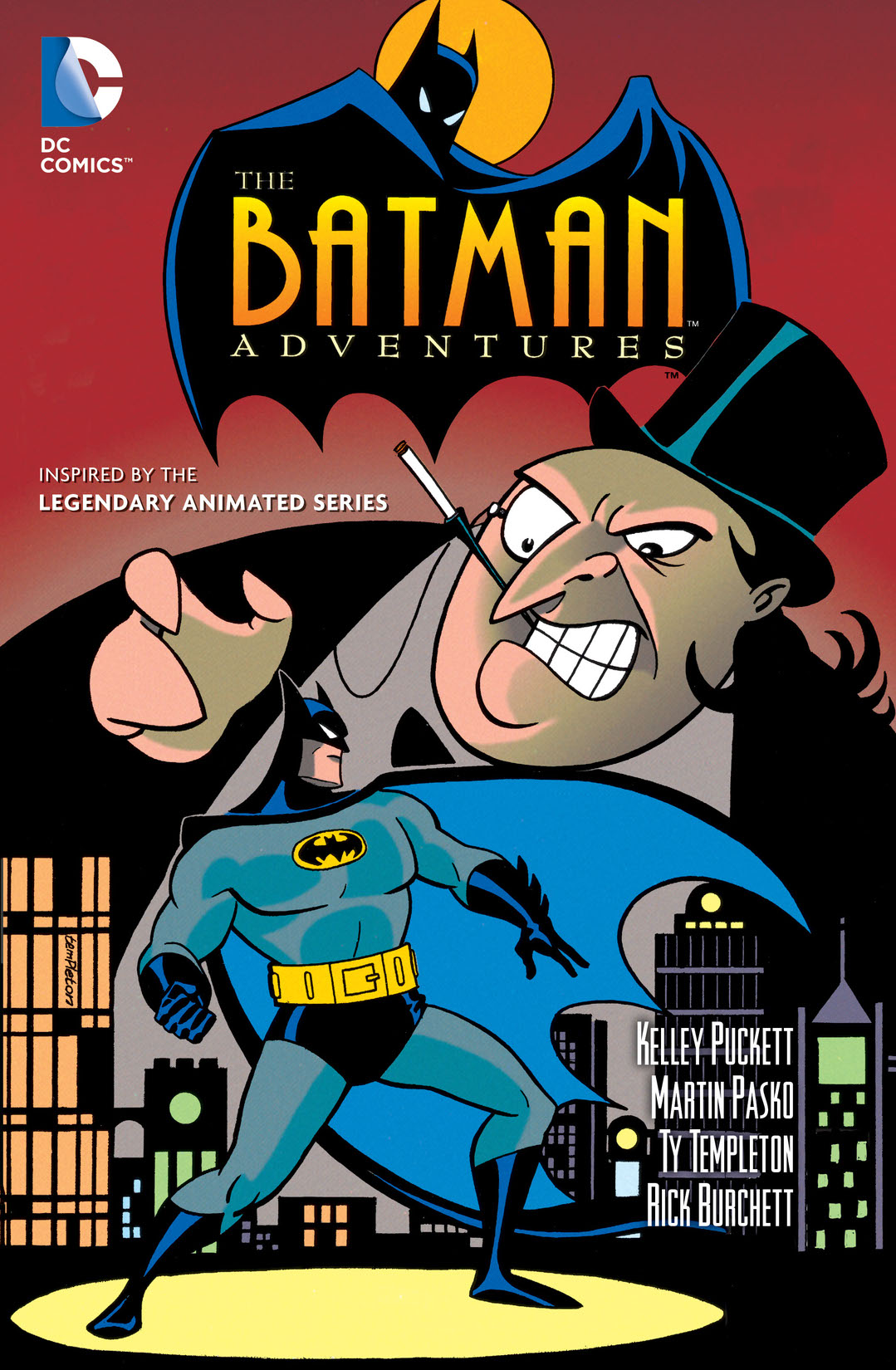 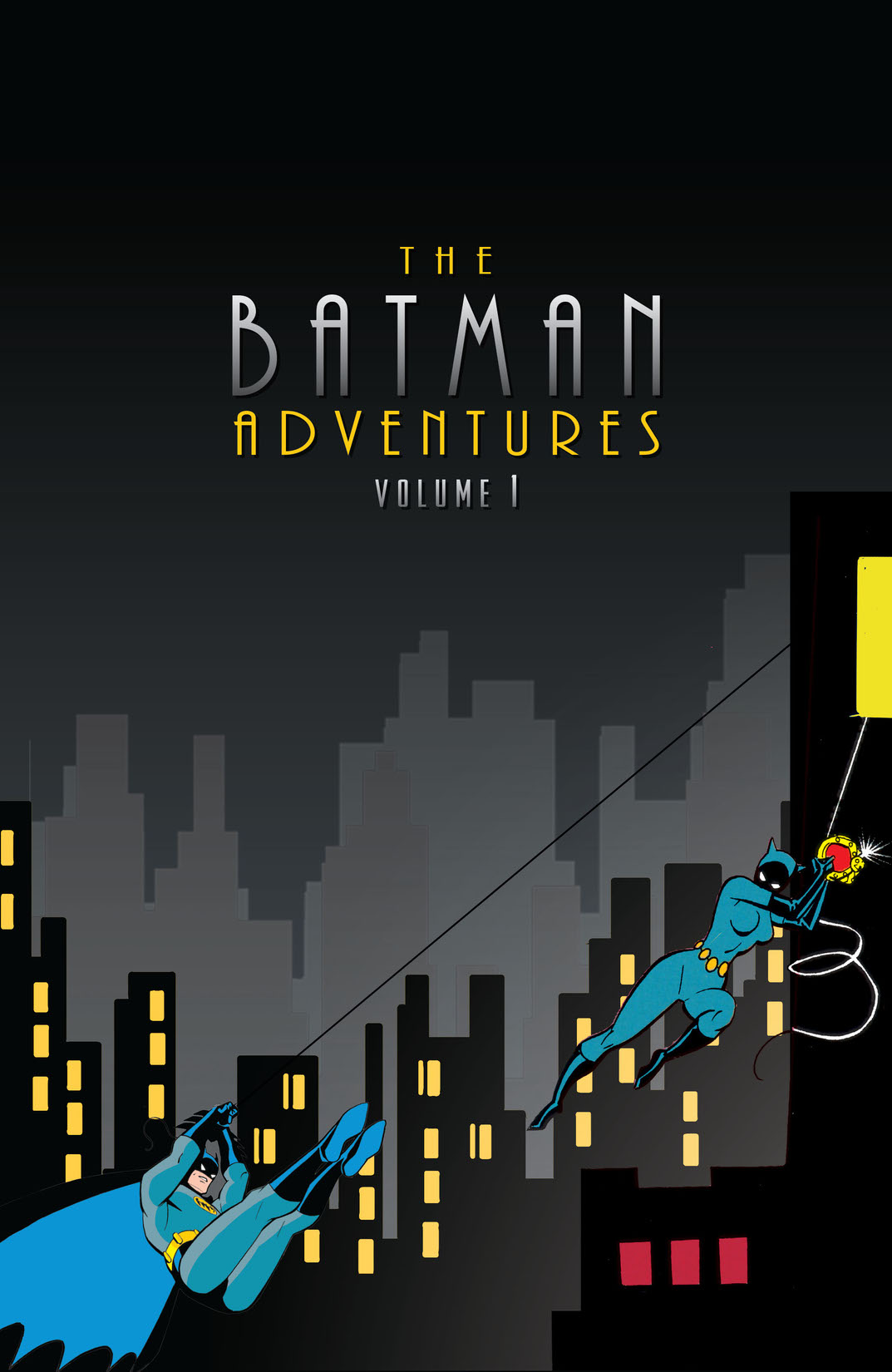 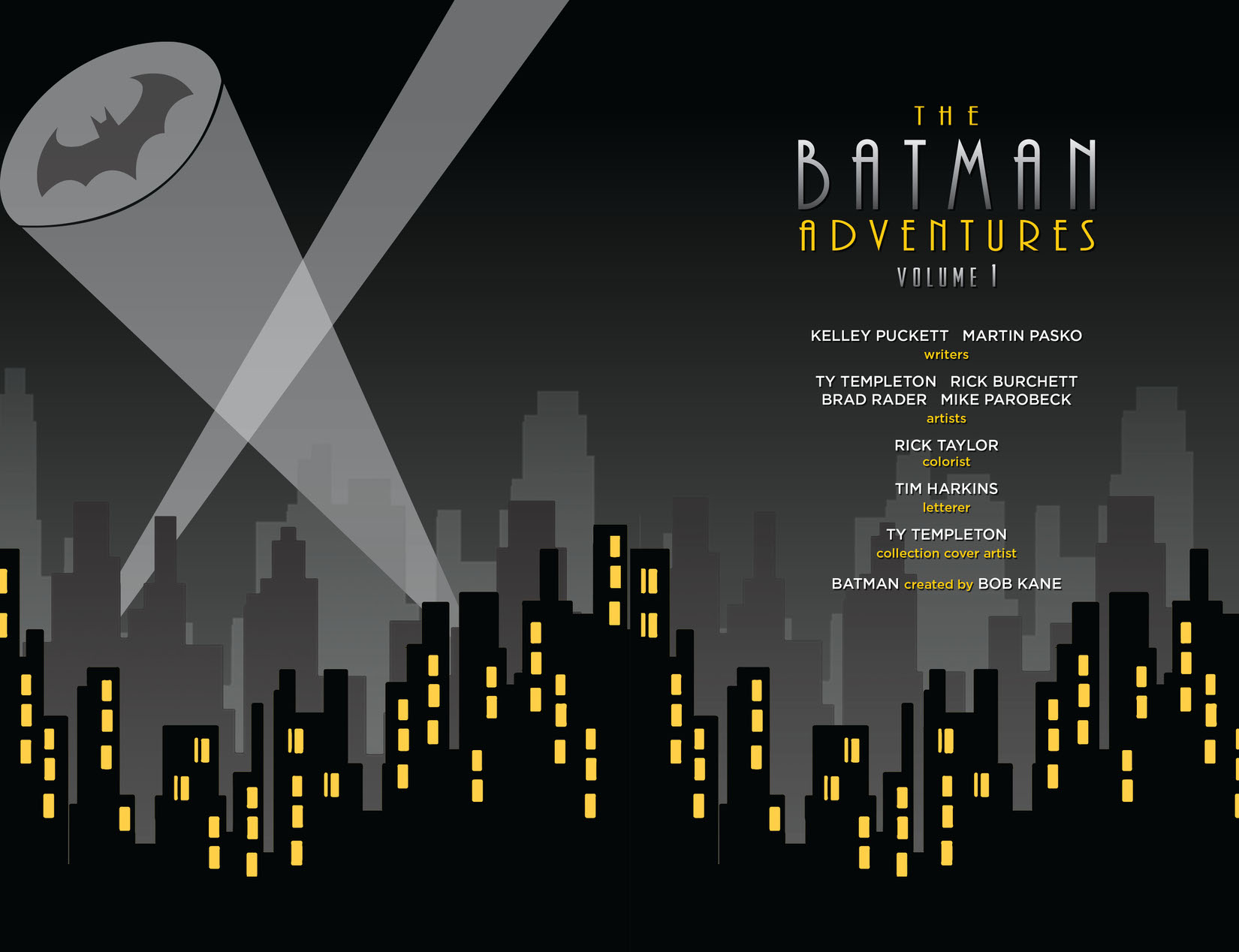 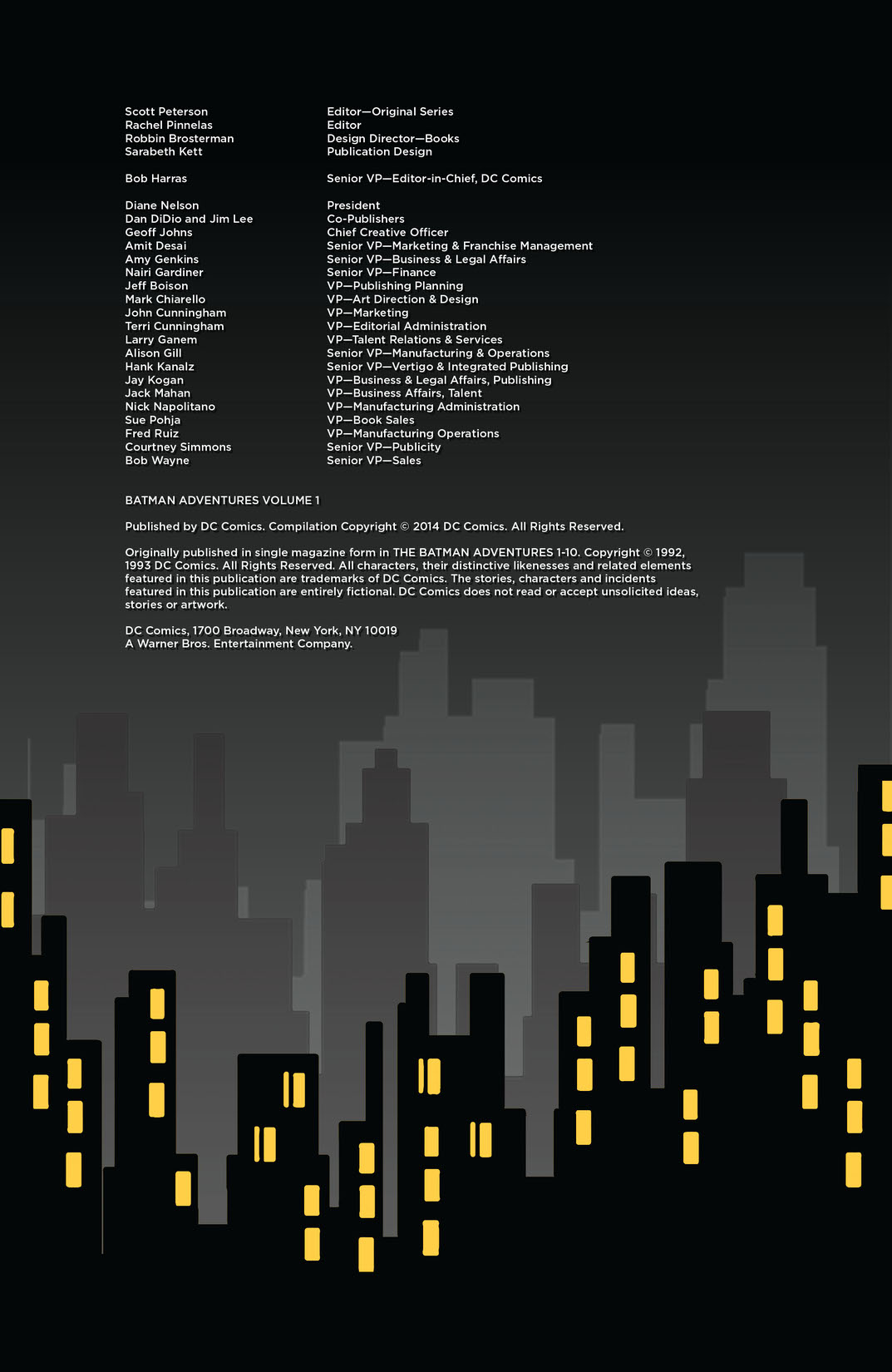 From the padded cells of Arkham Asylum to the mean streets of Crime Alley, one truth is whispered wherever evil gathers: Gotham City belongs to the Batman. now! The crimelord formerly known as the Penguin is now Mayor Oswald Cobblepot -- elected to be Gotham's leader by promising to outlaw vigilantes and villains alike. The immortal mastermind Ra's al Ghul has ordered an invasion of assassins - not to destroy the Dark Knight, but to eliminate his enemies…permanently. And a two-bit hood called the Black Mask is forming a deadly new masked mob. Outnumbered. On the run. Batman's greatest battle for the soul of Gotham City is about to begin! creative team of Ty Templeton, Dan Slott, Rick Burchett, Tyler Beatty, and more proudly present BATMAN ADVENTURES VOL. 1 - a collection of all-original stories that are thrilling, moving, and just plain fun for readers of all ages. Perfectly capturing the tone and style pioneered in BATMAN: THE ANIMATED SERIES - the iconic cartoon that defined the Dark Knight for a generation of fans - it's Gotham City's guardian at his finest! Collects issues #1-10.