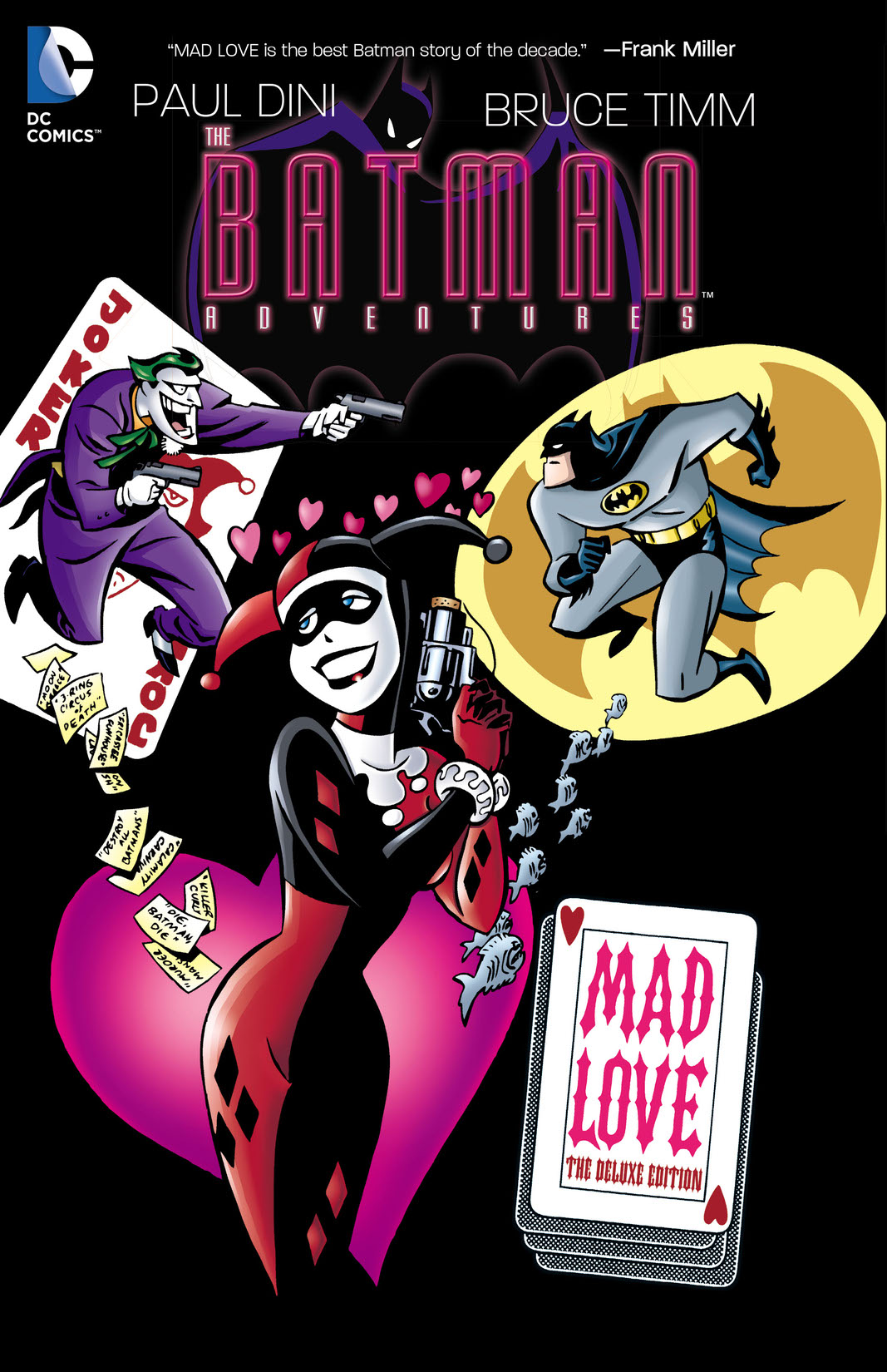 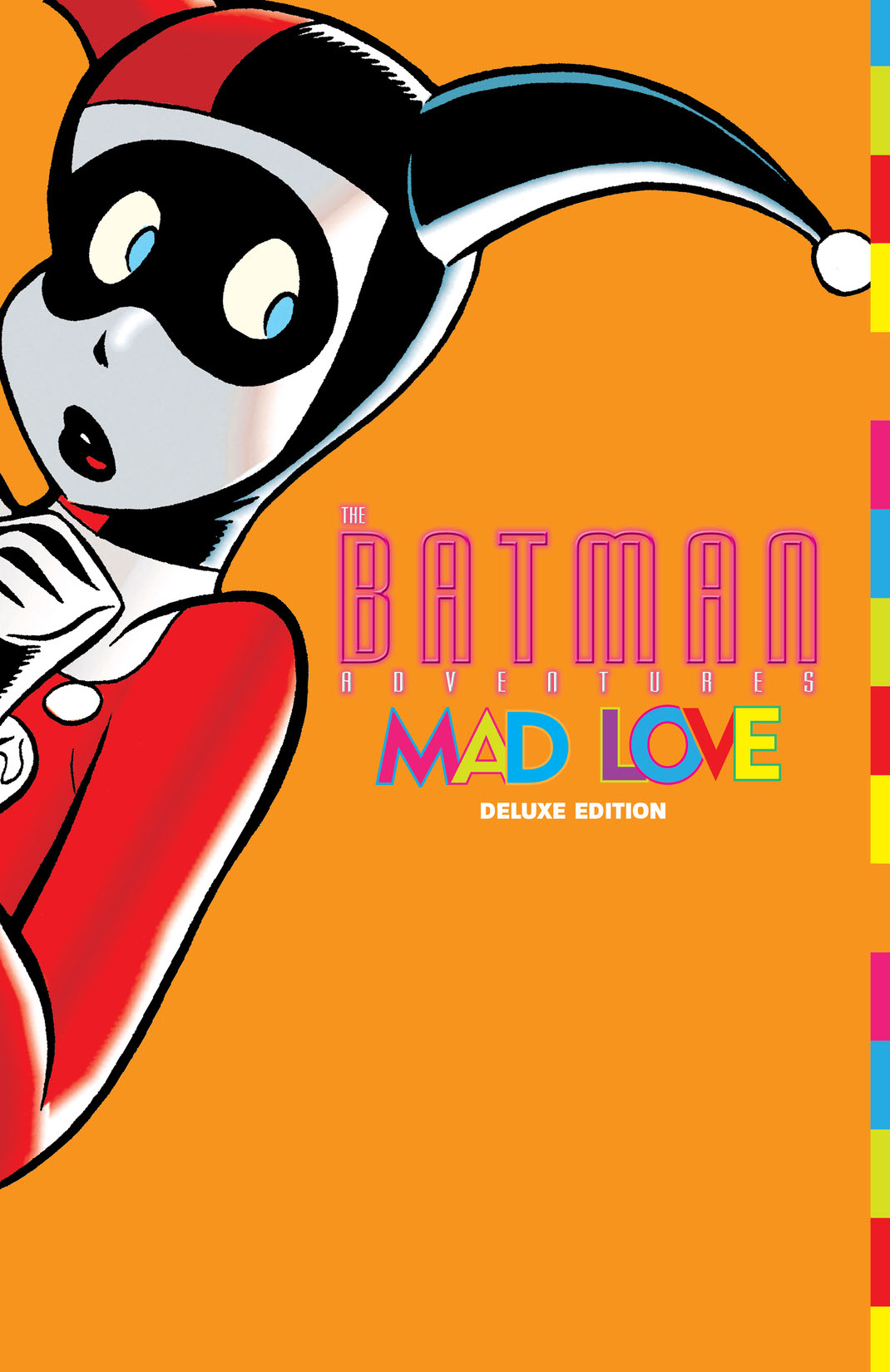 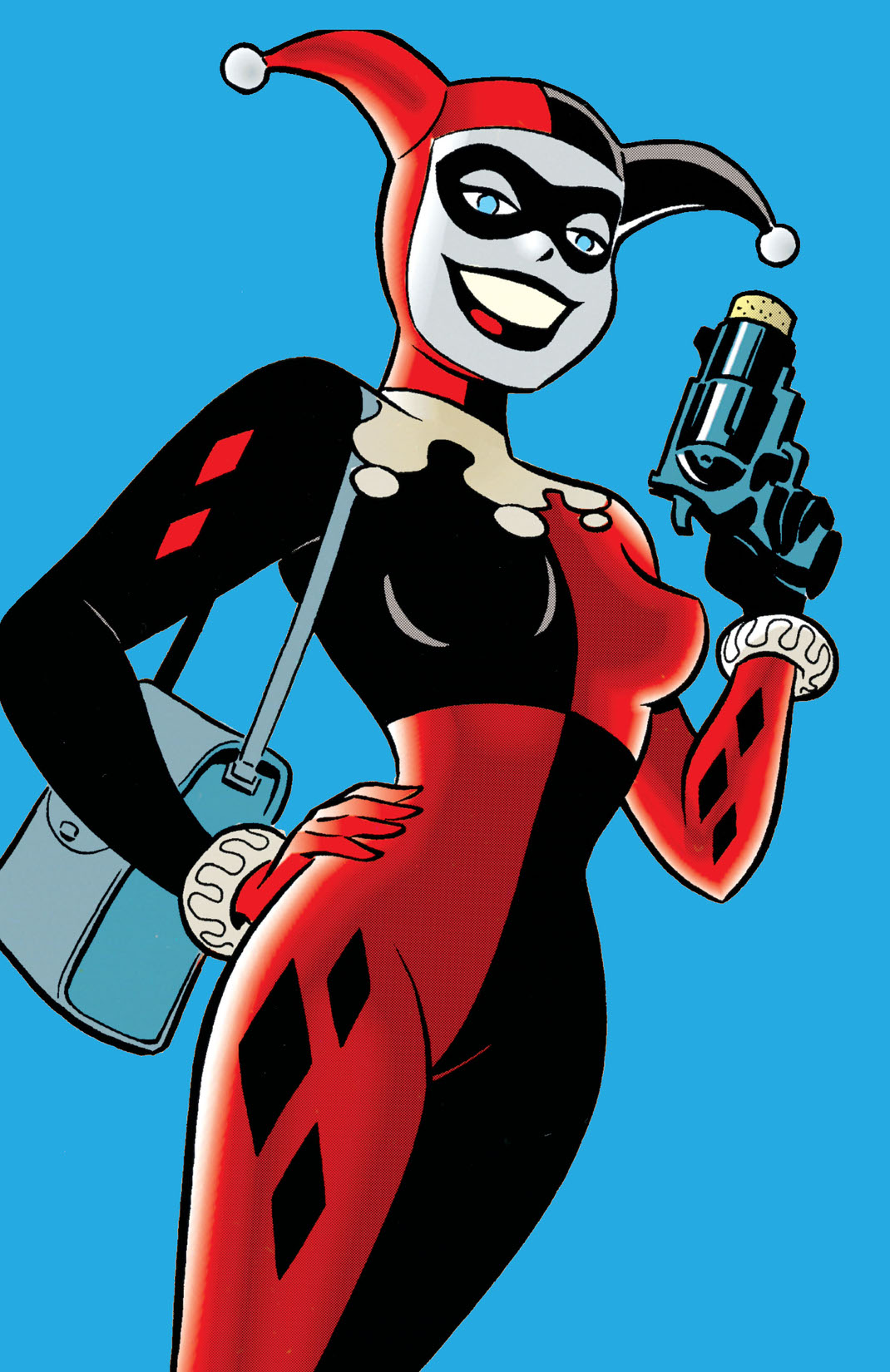 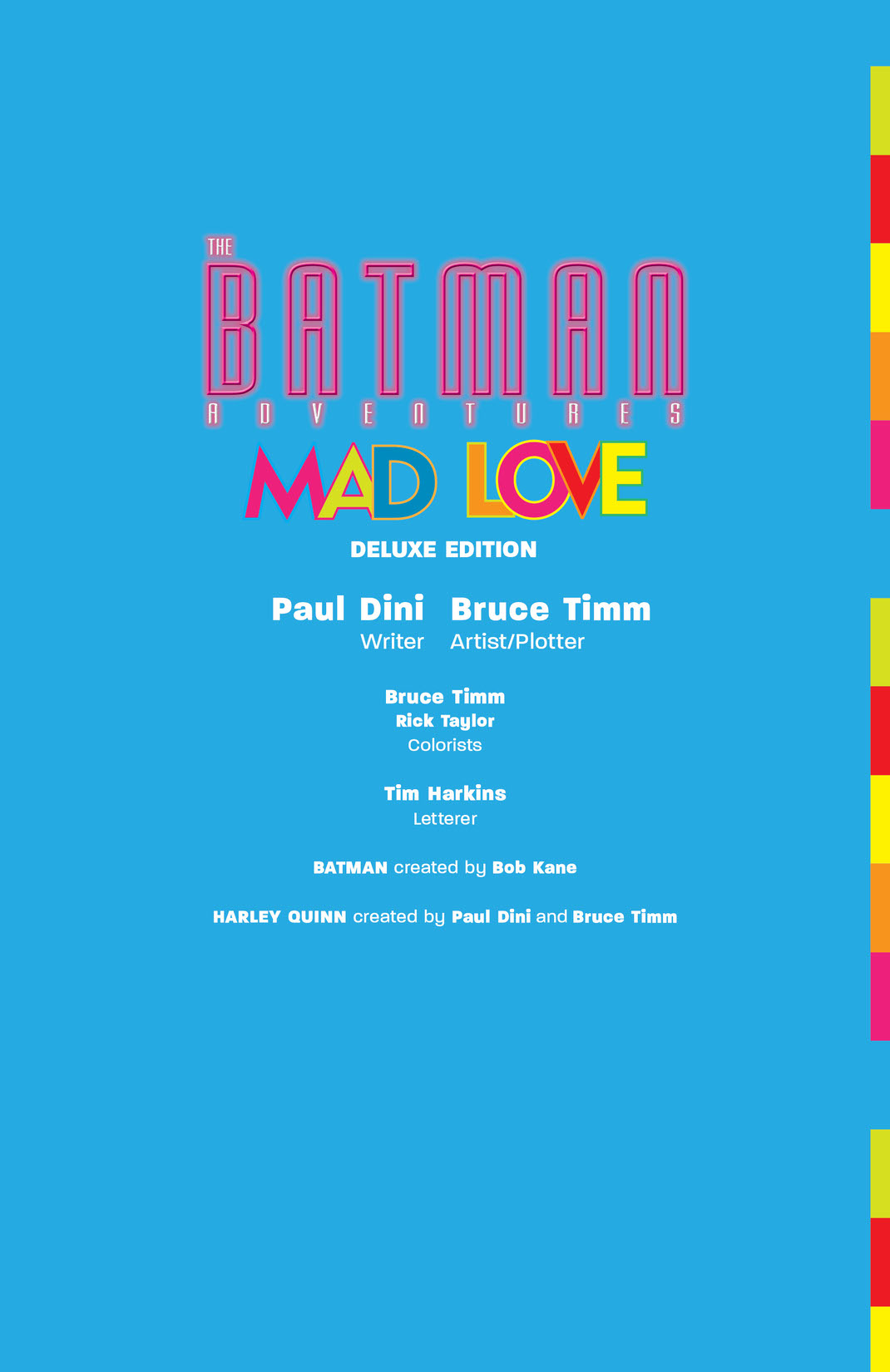 Psychotic, Mass-murdering clowns and the women who love them. Written and drawn by the masterminds behind the critically acclaimed "Batman: The Animated Series," Paul Dini and Bruce Timm, this story reveals the origins of Harley Quinn as she proves her love to the Joker by trying to eliminate the Dark Knight on her own! THE BATMAN ADVENTURES: MAD LOVE DELUXE EDITION also features a behind the scenes look at the layouts and color guides by Timm, as well as an introduction by Dini.