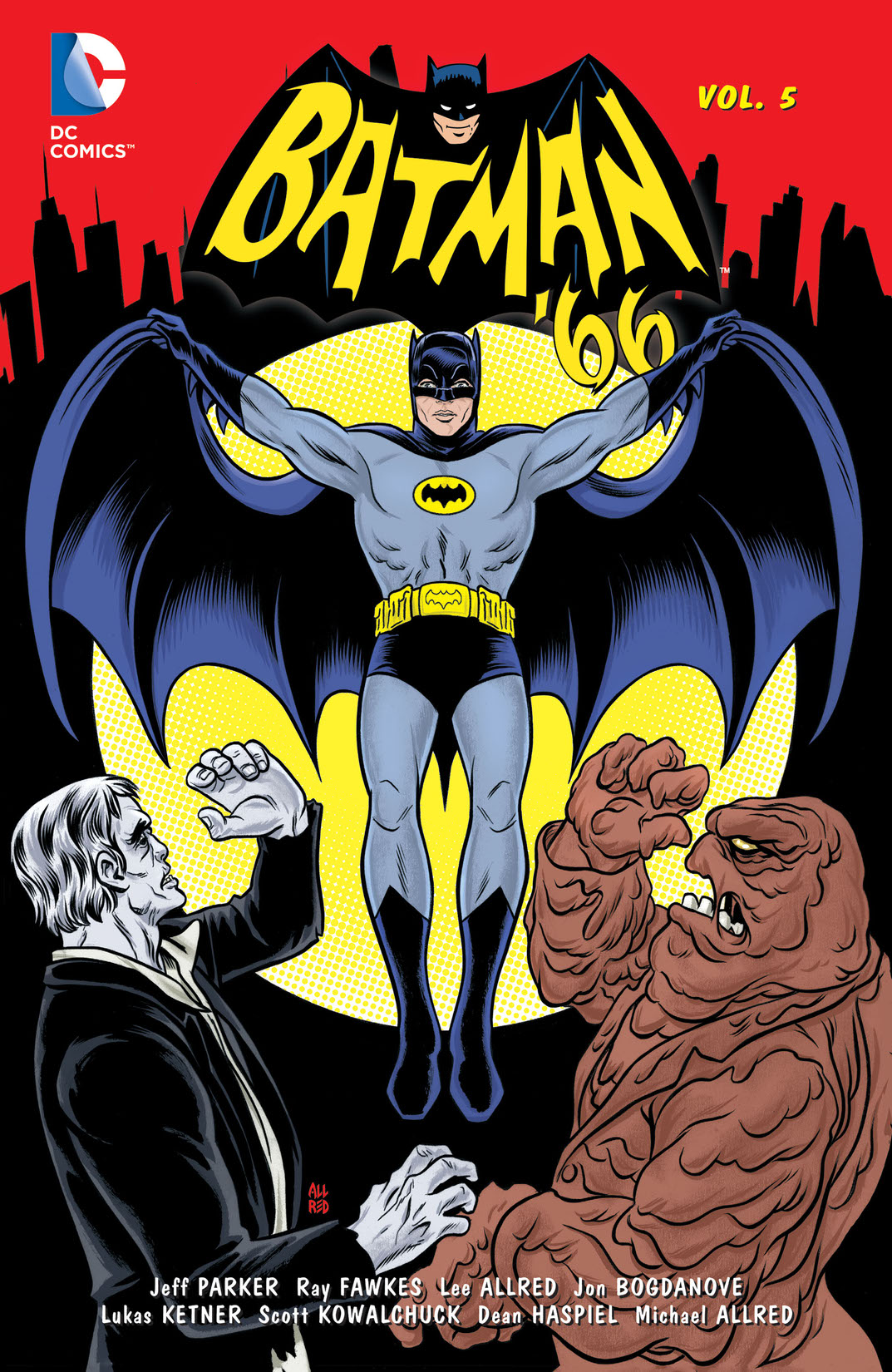 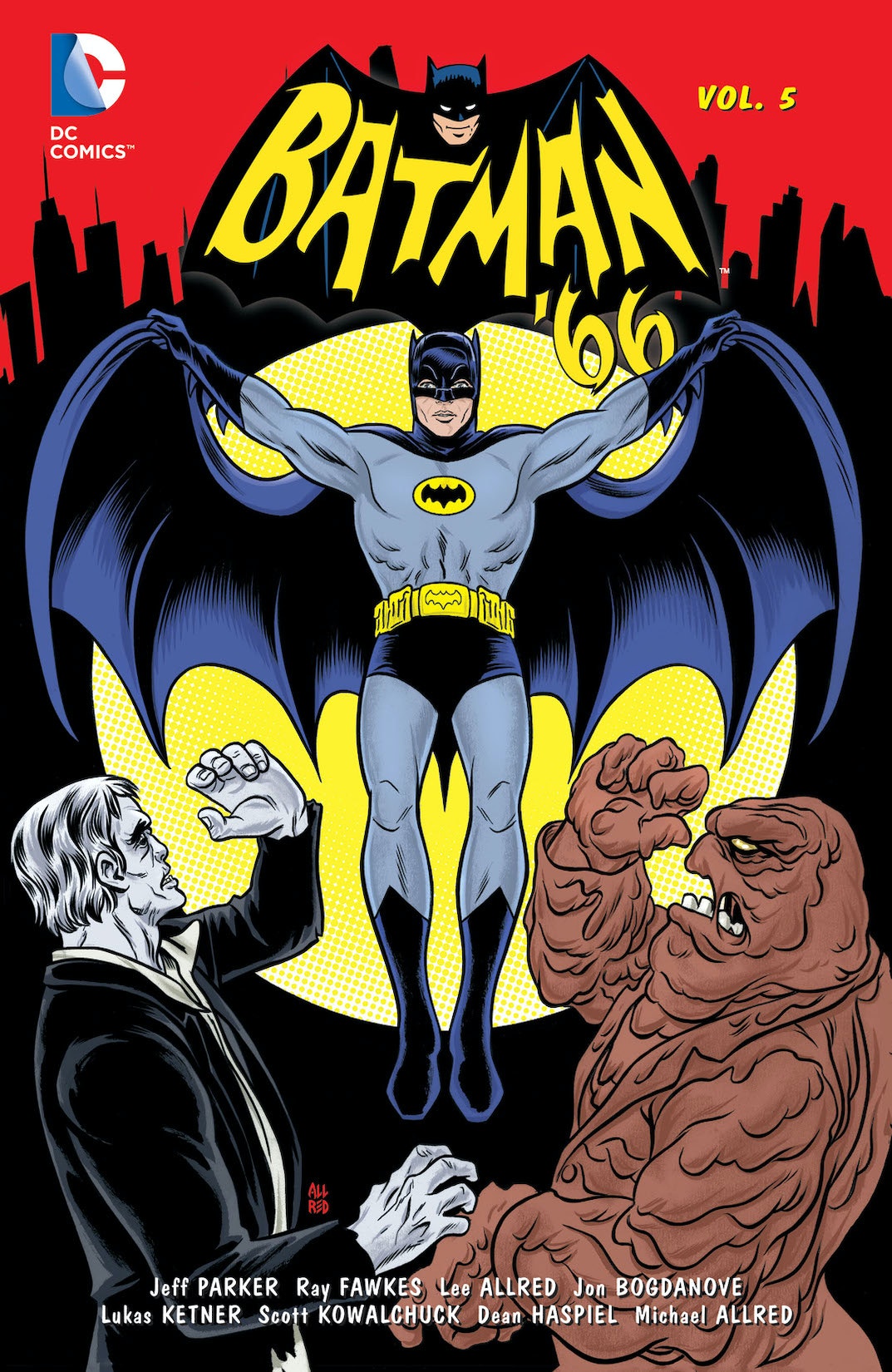 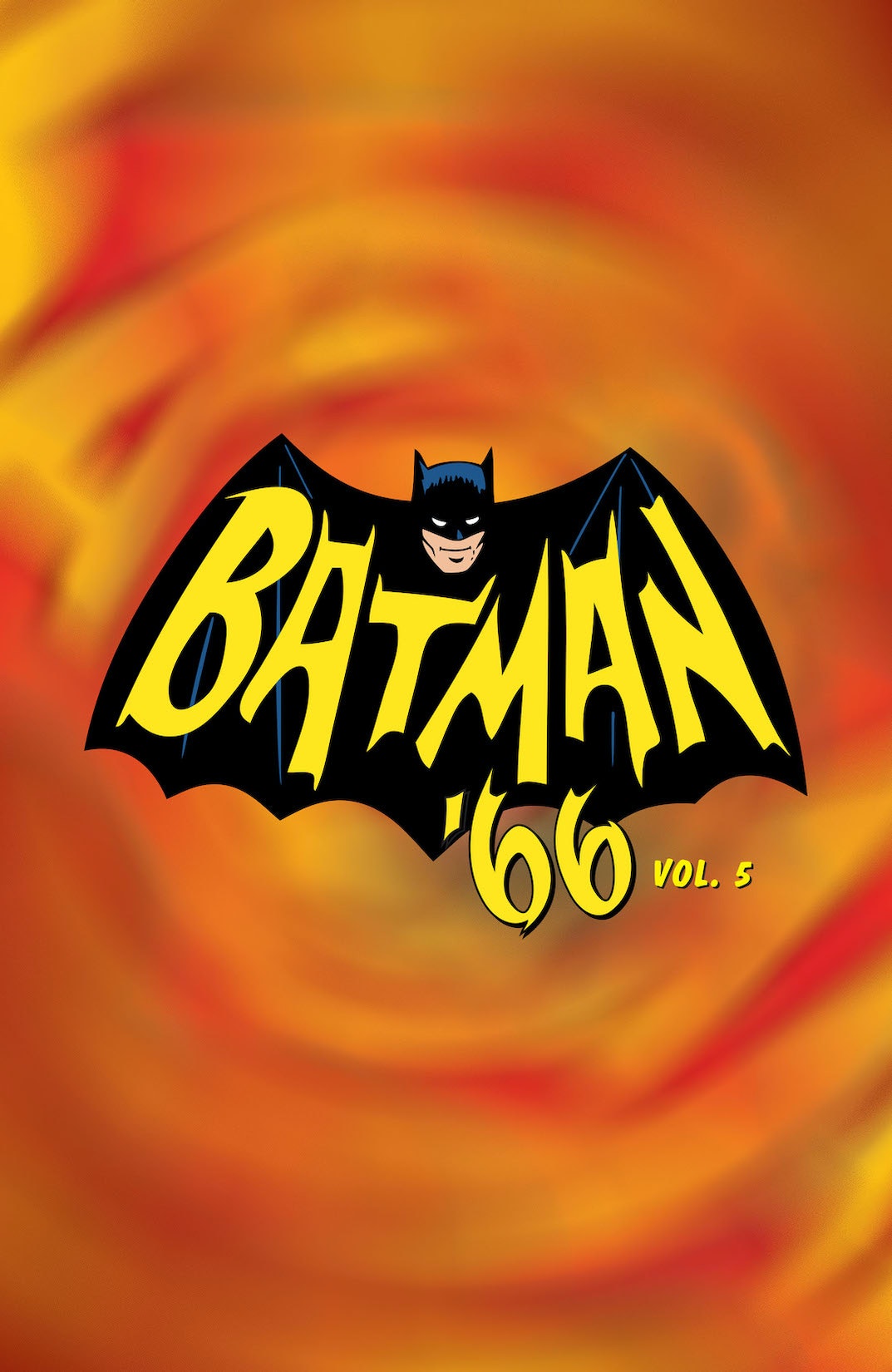 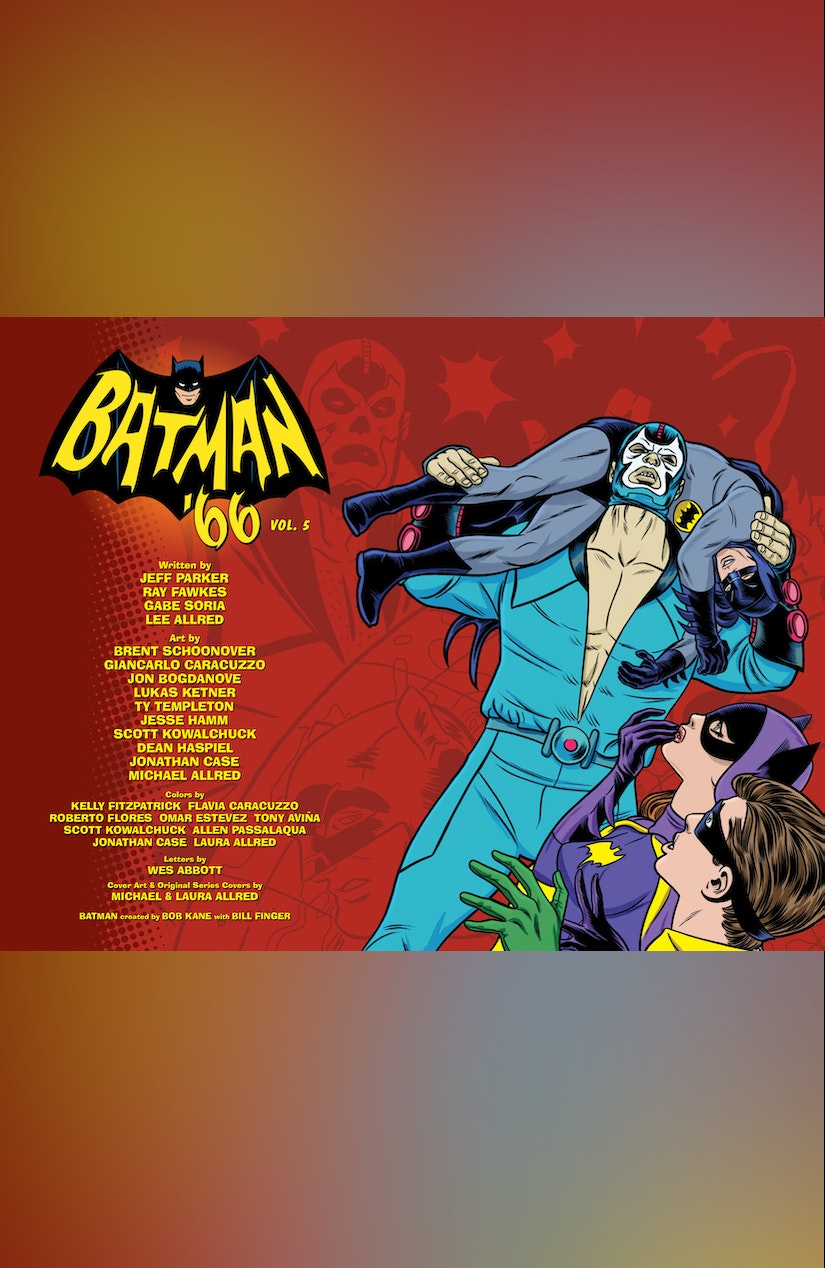 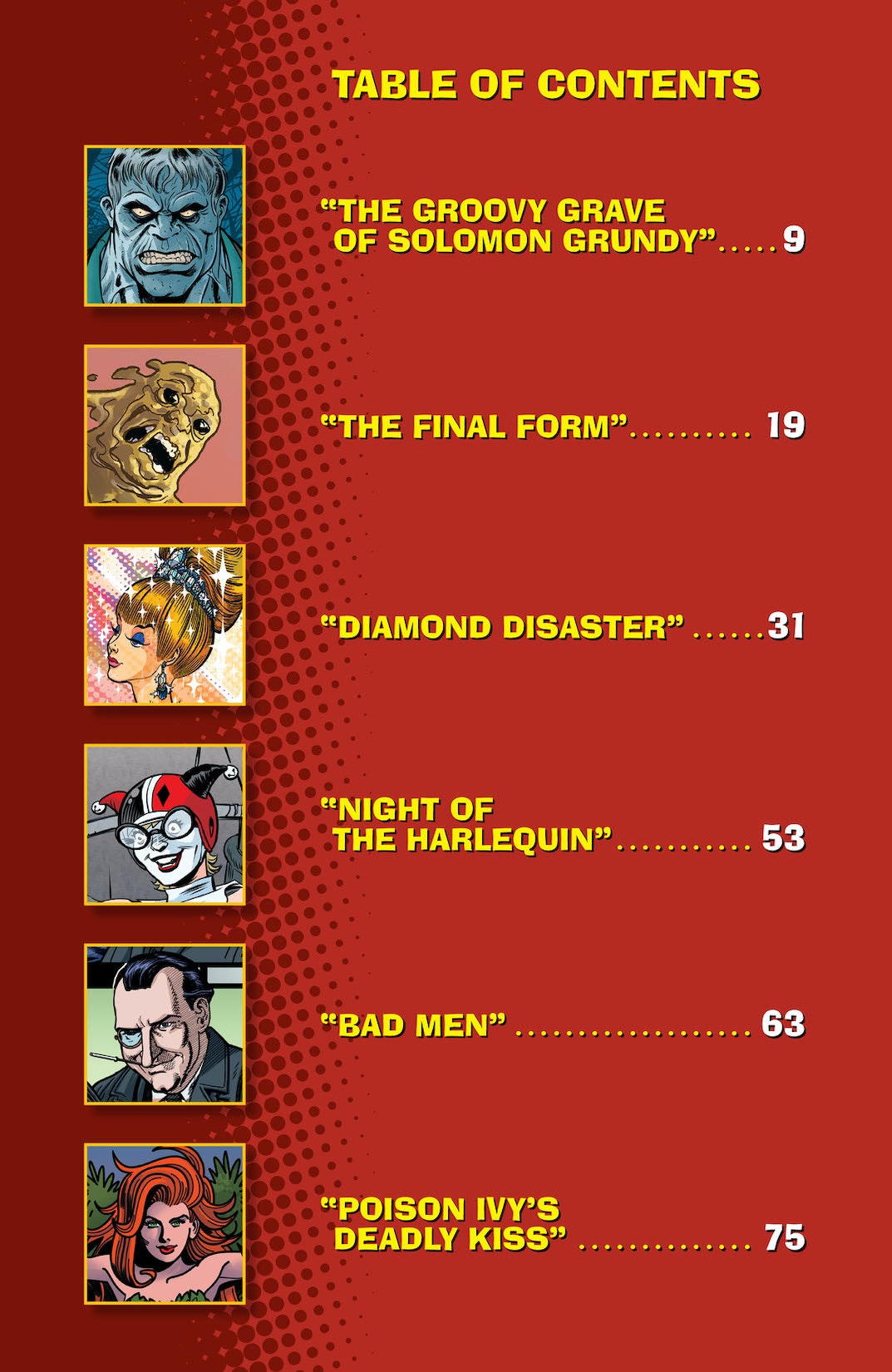 Zounds! The questions abound for Batman! All will be revealed in BATMAN ’66, VOL. 5-the adventure series inspired by the classic Batman television series. WHO is to blame for raising Solomon Grundy from a Gotham cemetery, or forming a mega-malleable monstrosity like Clayface? WHAT latest emerald enchantment allows Marsha, Queen of Diamonds, to control the minds of men-not to mention Robin, the Boy Wonder? WHERE will the Dynamic Duo find Poison Ivy as she plants her sinister seeds of sedition? Hopefully, not inside the maw of her topiary terror, the Jupiter Flytrap! WHEN will the Joker-inspired villainess known as the Harlequin unleash her master plan of mayhem on Gotham? Could it happen before temp employee Barbara Gordon assists the city’s top ad agency in improving the image of its newest clients, including the Penguin?! HOW will Batman, Robin, and Batgirl wrestle with the backbreaking brutality of the lethal luchador Bane, or his managerial prince of puzzles, the Riddler? WHY does one chemical concoction grip the Cowled Crime-fighters with fear for the Scarecrow, while another transforms a two-bit enforcer into the jaw-snapping Killer Croc? Collecting BATMAN ’66 #23-30, these Bat-tastic battles of heroism are inscribed by JEFF PARKER, RAY FAWKES, GABE SORIA, LEE ALLRED and artistically articulated by BRENT SCHOONOVER, GIANCARLO CARACUZZO, JON BOGDANOVE, JESSE HAMM, LUKAS KETNER, TY TEMPLETON, SCOTT KOWALCHUK, DEAN HASPIEL and MICHAEL ALLRED!