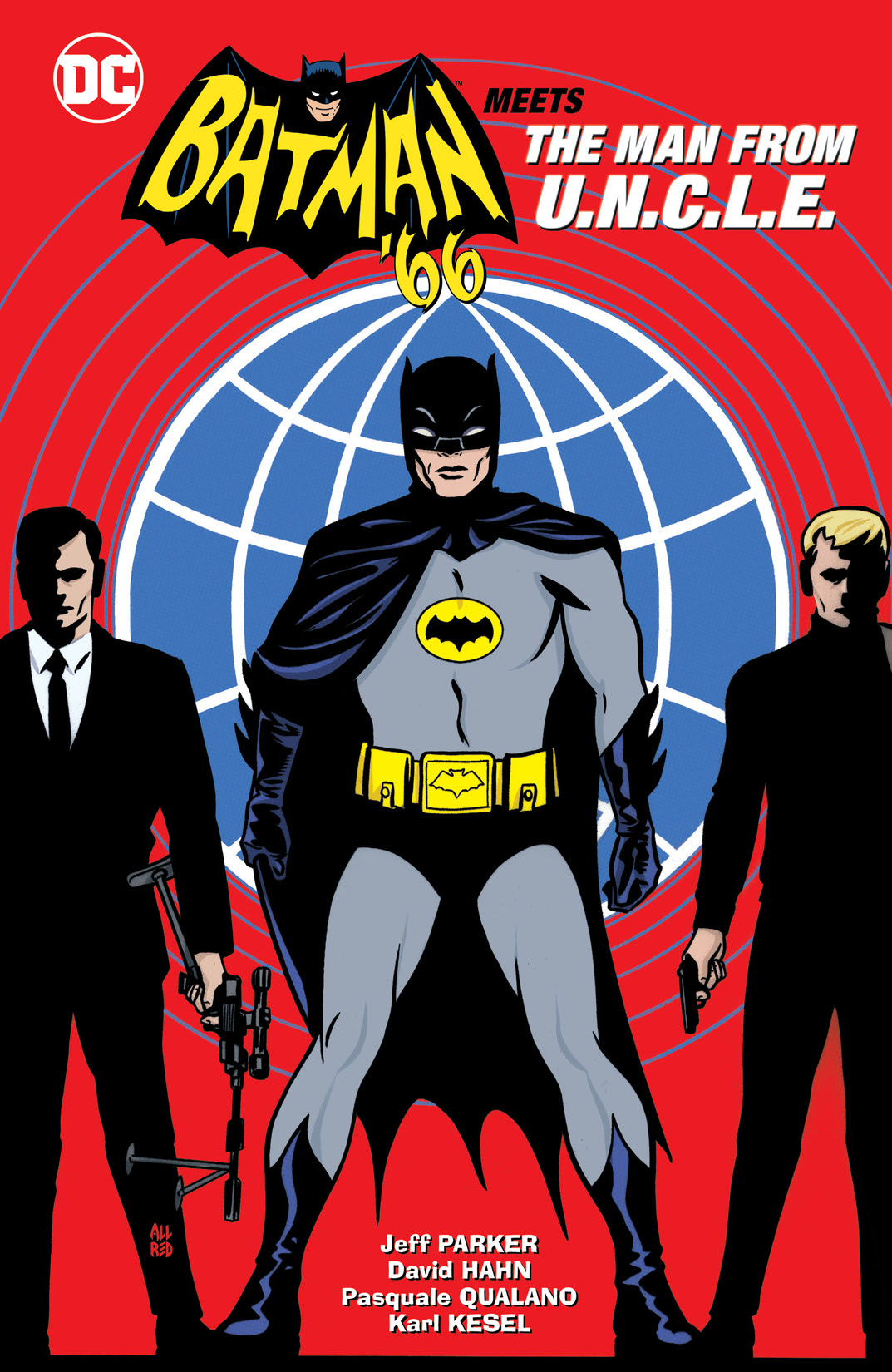 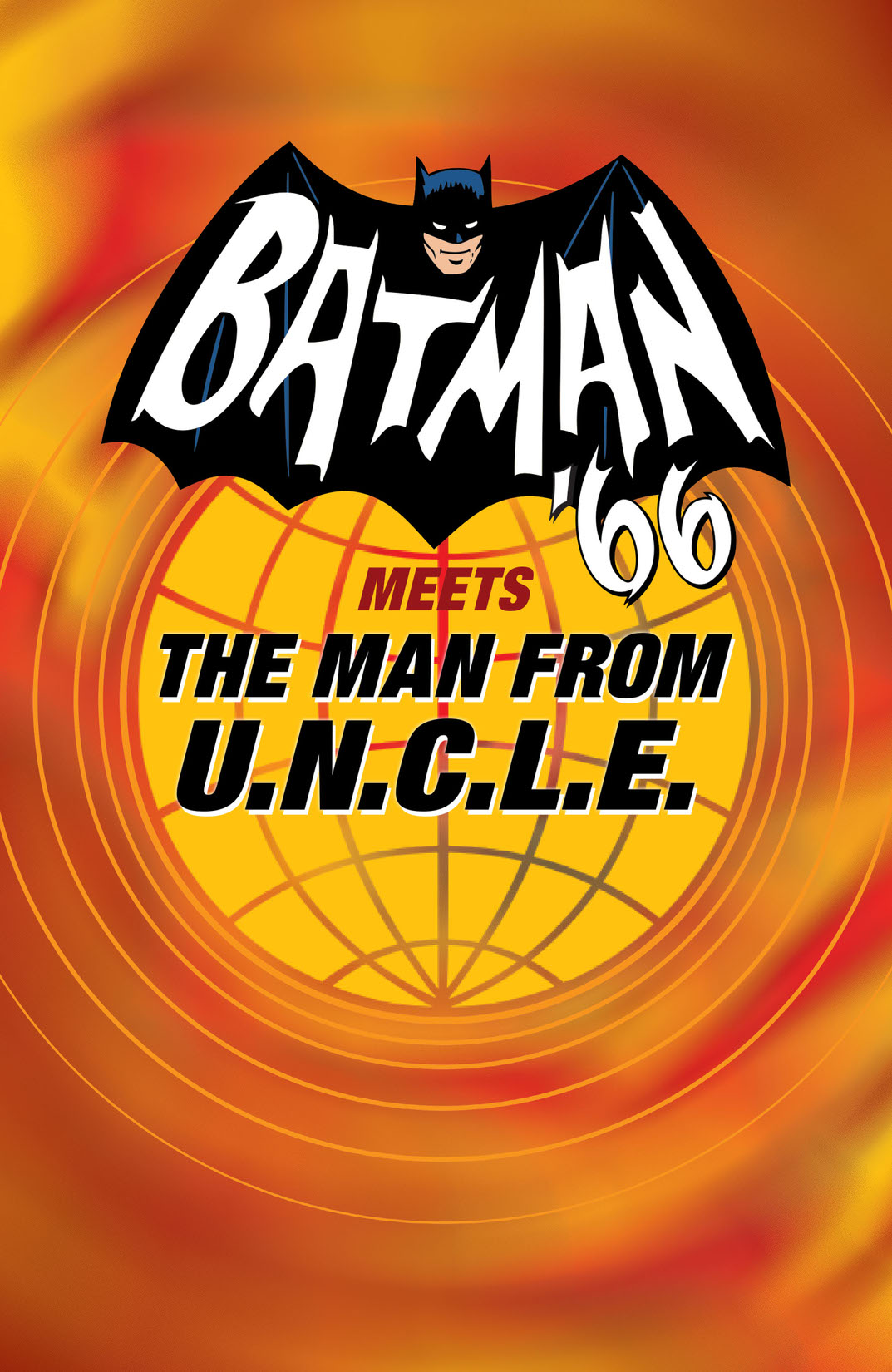 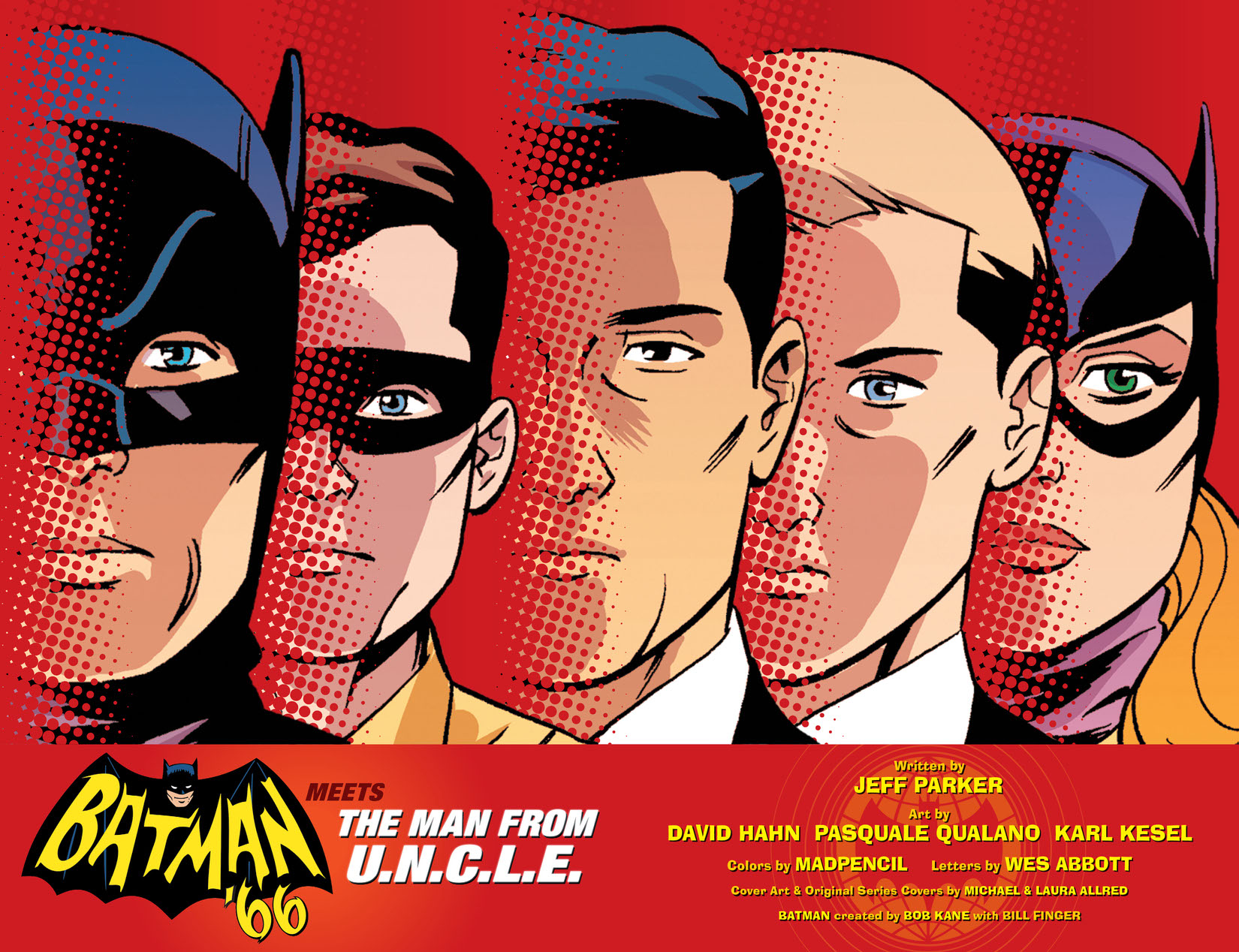 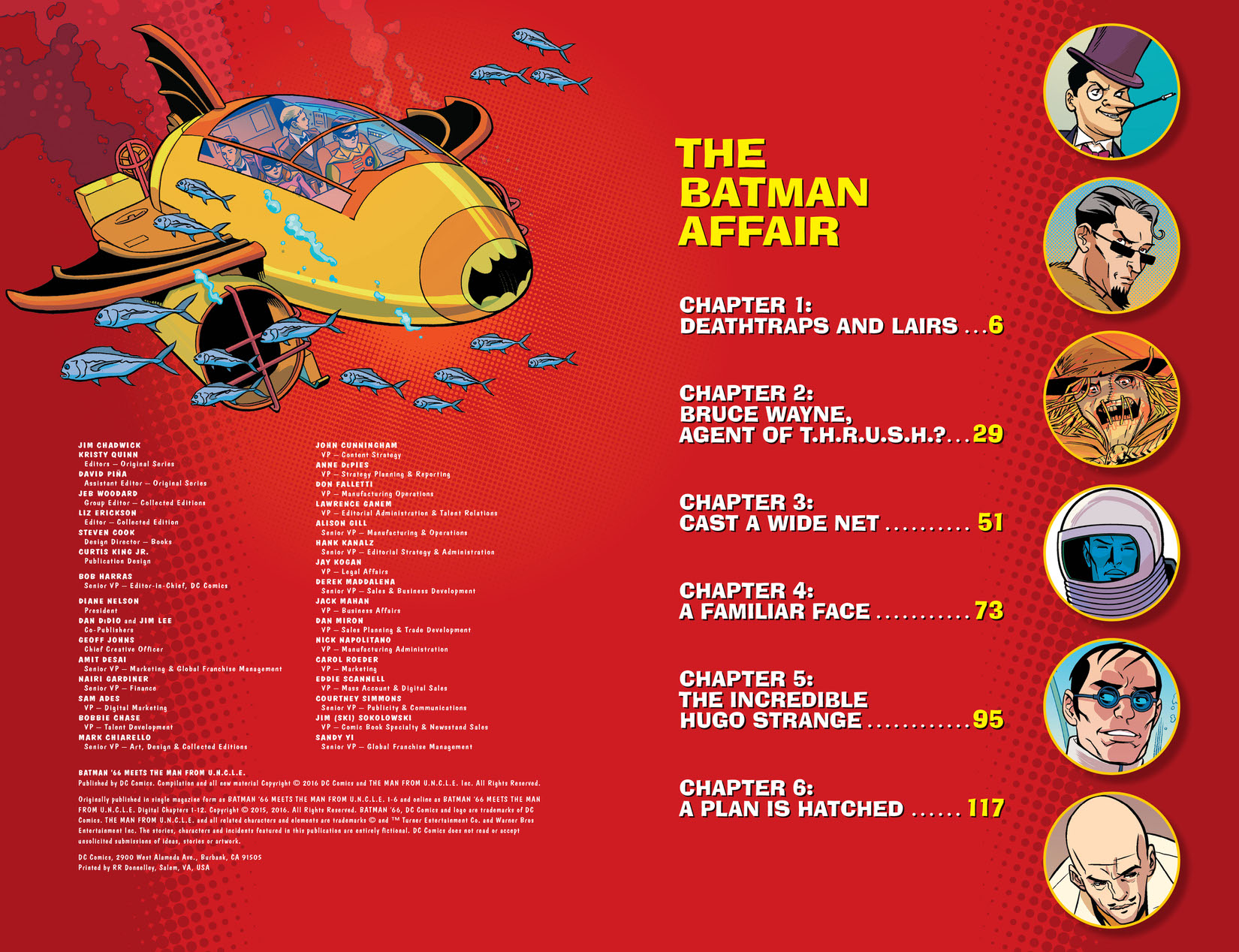 Two of the best-loved TV series of the 1960s collide in a pop art, action-packed thrill ride from the acclaimed writer of BATMAN ’66! Napoleon Solo is the man from U.N.C.L.E.-the United Network Command for Law and Enforcement. Together with his partner, the Soviet agent Illya Kuryakin, Solo defends the globe from the sinister agents of T.H.R.U.S.H. Batman and Robin are the Dynamic Duo, ready to protect Gotham City from their dastardly rogues gallery whenever Commissioner Gordon calls. But when a mysterious T.H.R.U.S.H. agent engineers a mass breakout from Arkham Asylum, Solo and Kuryakin find themselves in Gotham, hot on the trail of villains like Poison Ivy, Egghead and Mr. Freeze. Their main suspect in the breakout? None other than millionaire playboy Bruce Wayne! Only a globe-trotting adventure to discover the real mastermind can clear Bruce Wayne’s good name. And when Batman and Robin team up with Solo and Kuryakin, evil doesn’t stand a chance! Writer Jeff Parker (BATMAN ’66, FUTURE QUEST) and artist David Hahn (FABLES) bring these titanic icons of the small screen together for the first Bat-time! Collects BATMAN ’66 MEETS THE MAN FROM U.N.C.L.E. digital chapters 1-12.