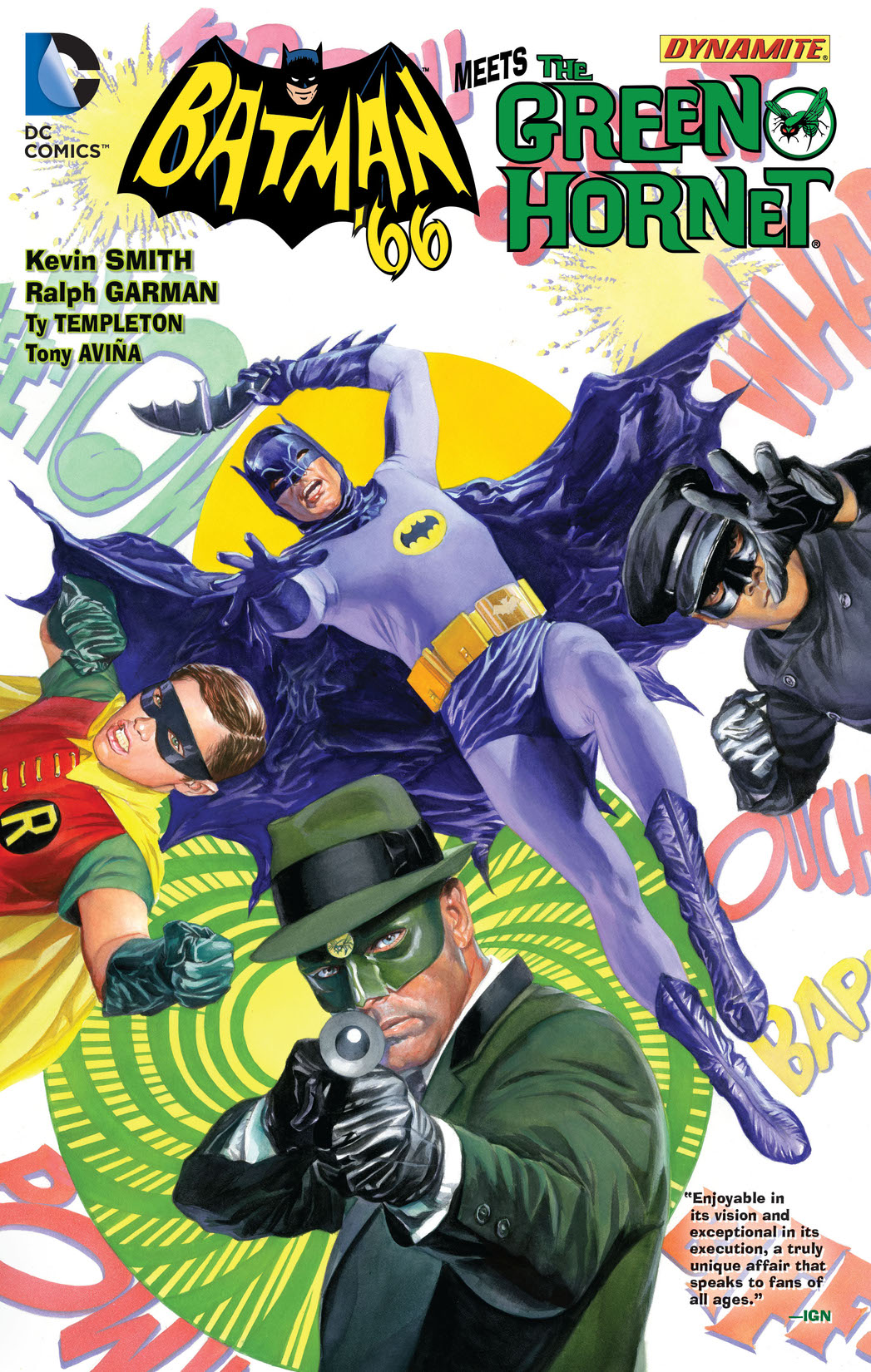 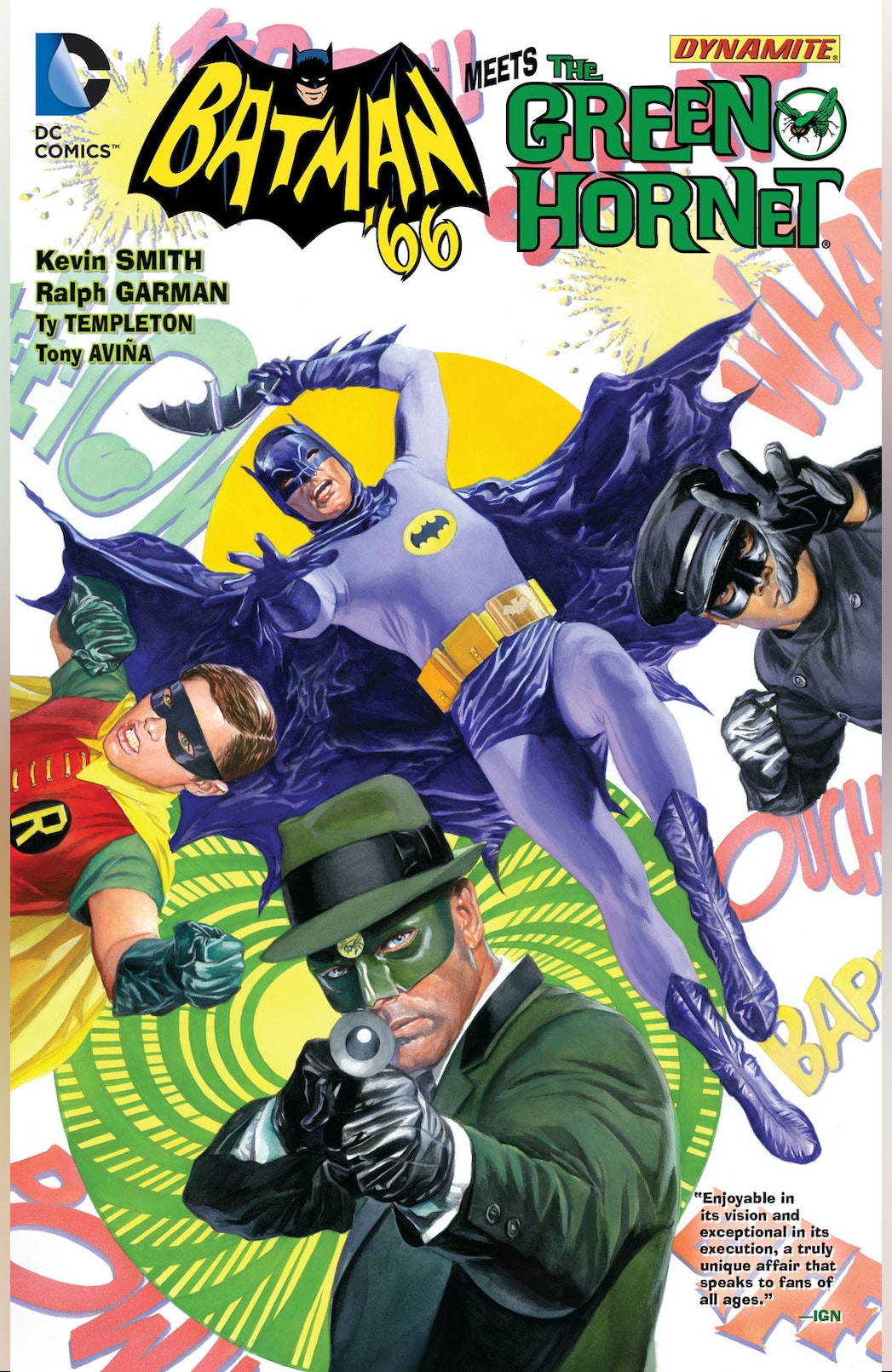 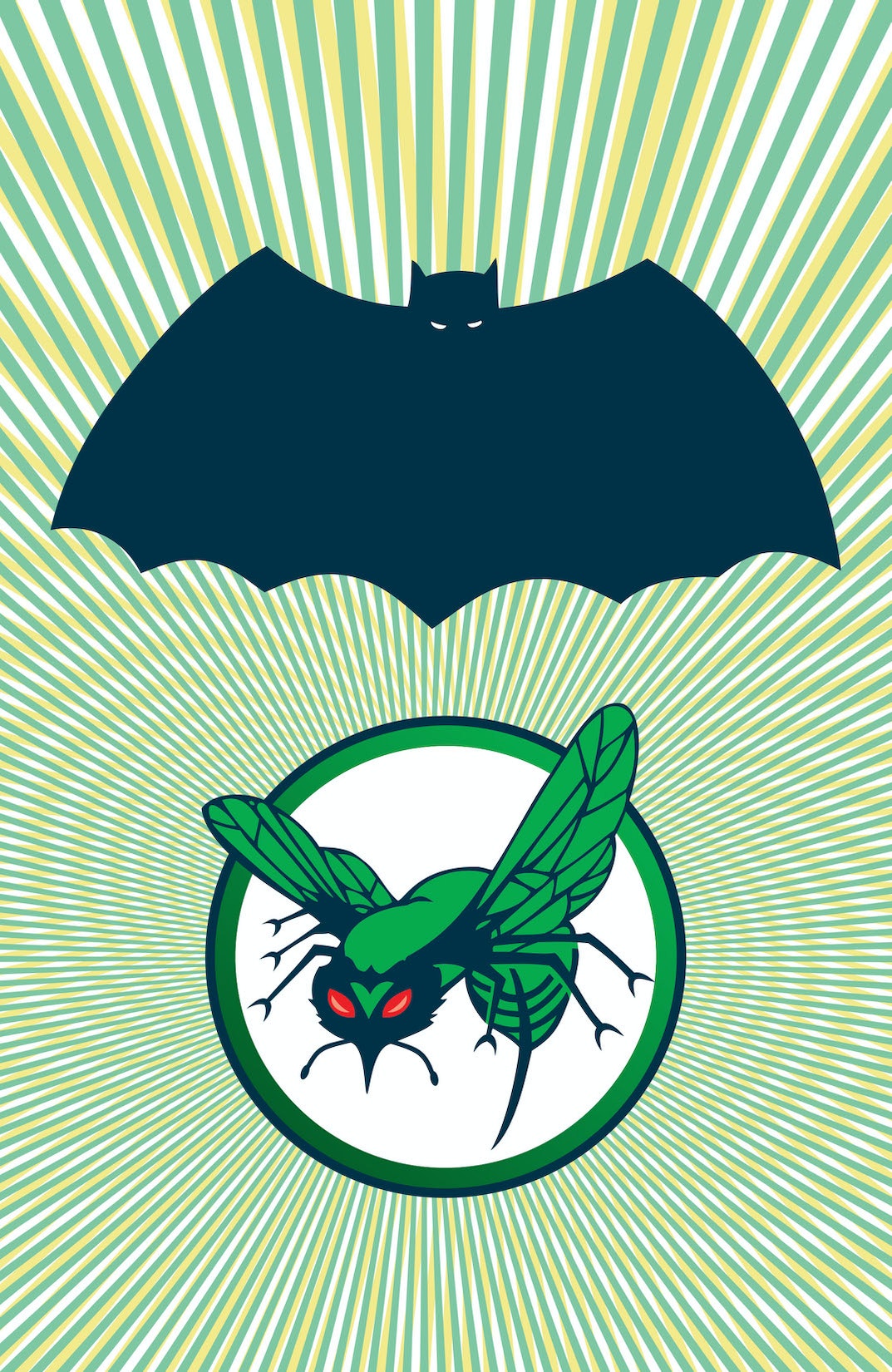 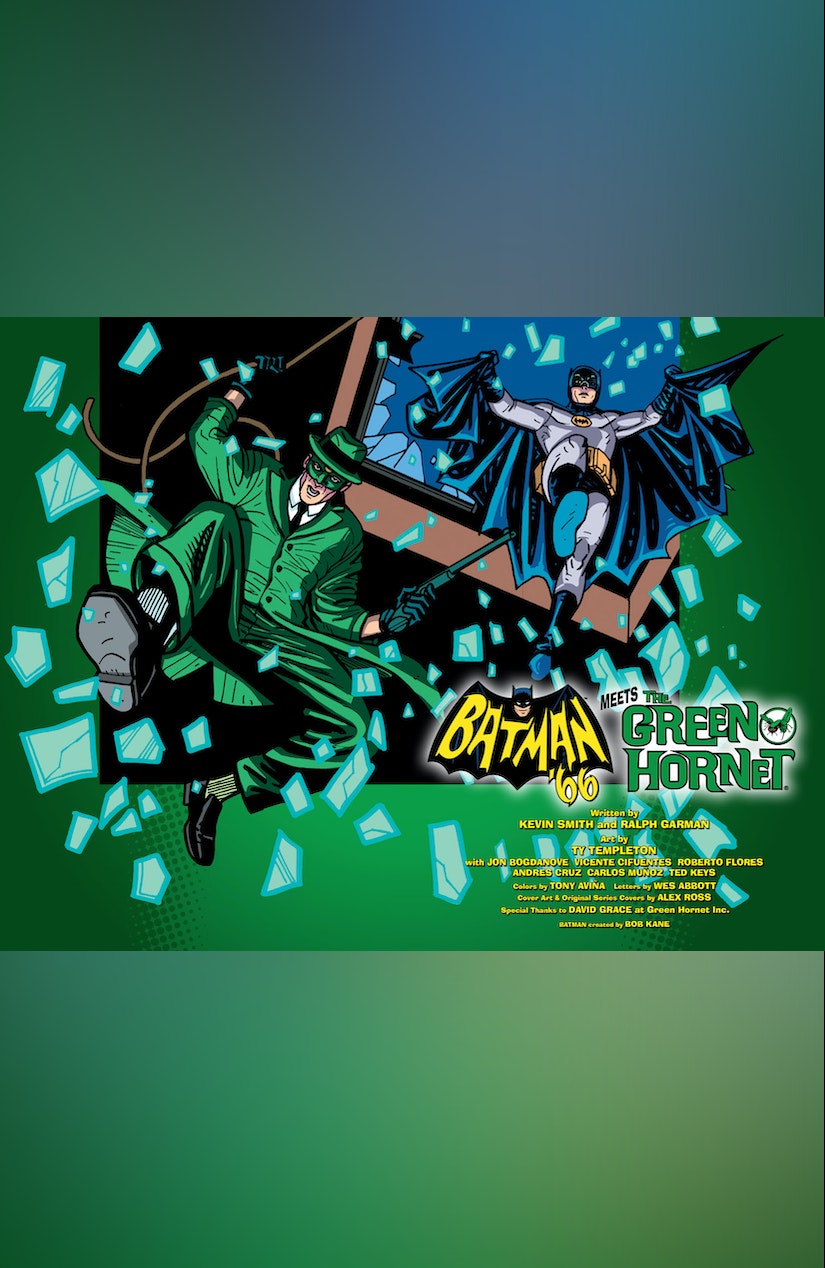 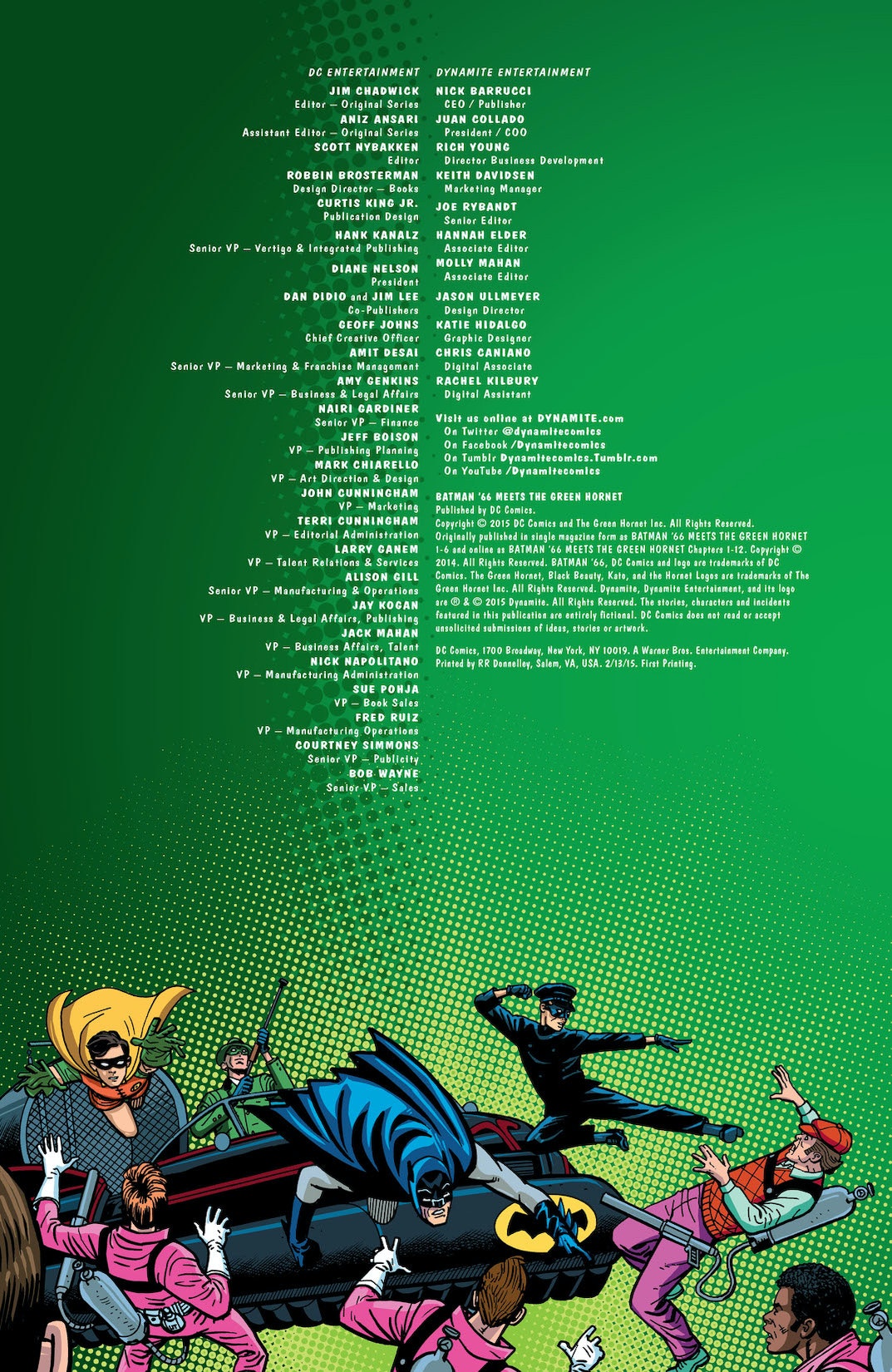 HOLY CROSSOVER! They first matched fists in a now-legendary installment of the classic Batman TV series. Now, the greatest costumed crime fighters of the Swinging Sixties leap off the screen and into the pages of their very own comic book team-up! A train full of priceless fossils is on its way to Gotham City, and riding with them are millionaire Bruce Wayne and his youthful ward Dick Grayson — as well as Bruce’s old friend Britt Reid and his valet Kato. But when Colonel Gumm, the guru of glue, arrives to hijack the treasure, the quartet’s reunion runs off the rails — and all four of their daring alter egos spring into action! Film and comics superstar Kevin Smith joins forces with co-writer Ralph Garman, artist Ty Templeton, and cover artist Alex Ross for BATMAN ’66 MEETS THE GREEN HORNET — a pop-culture event five decades in the making!