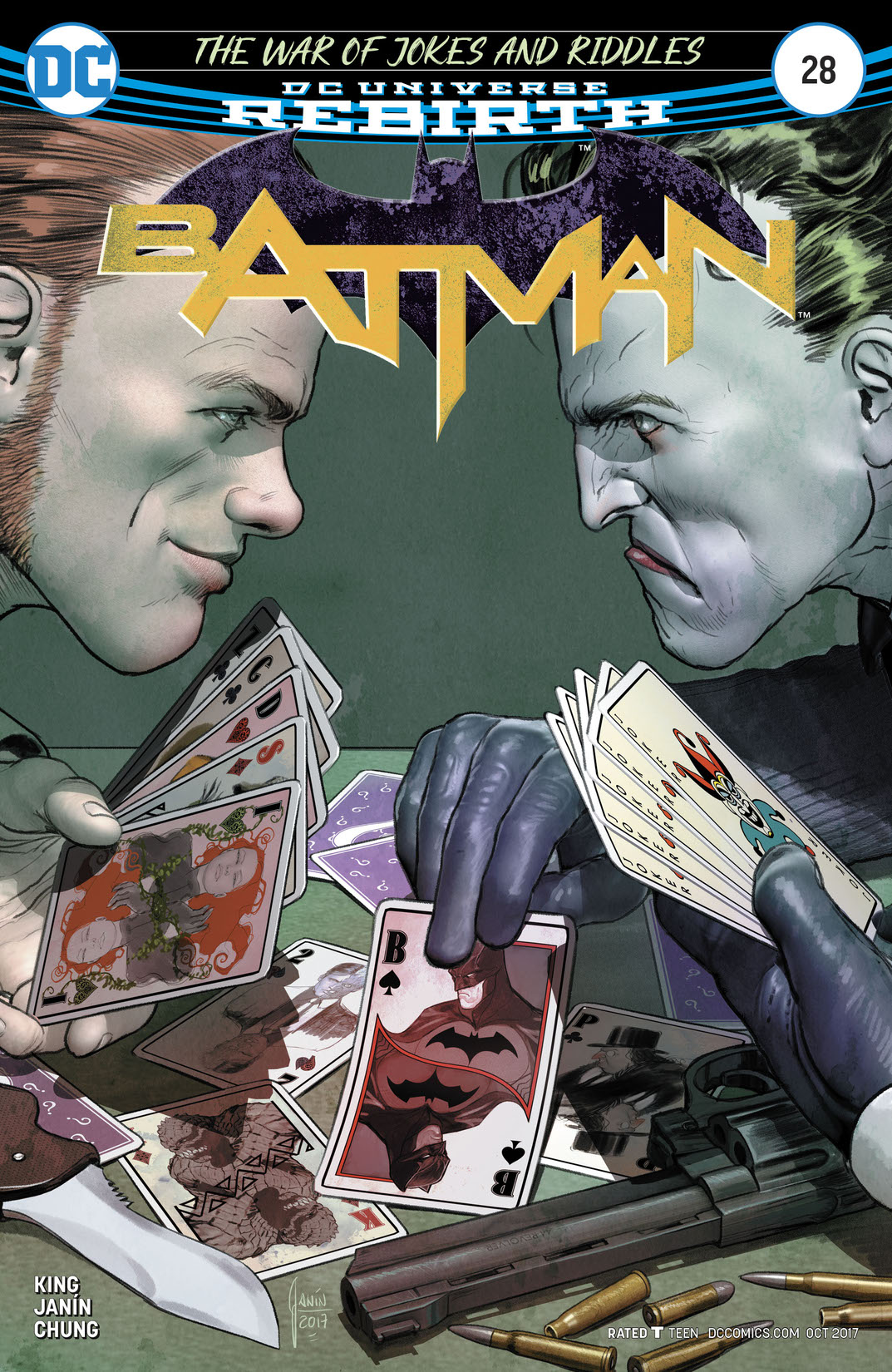 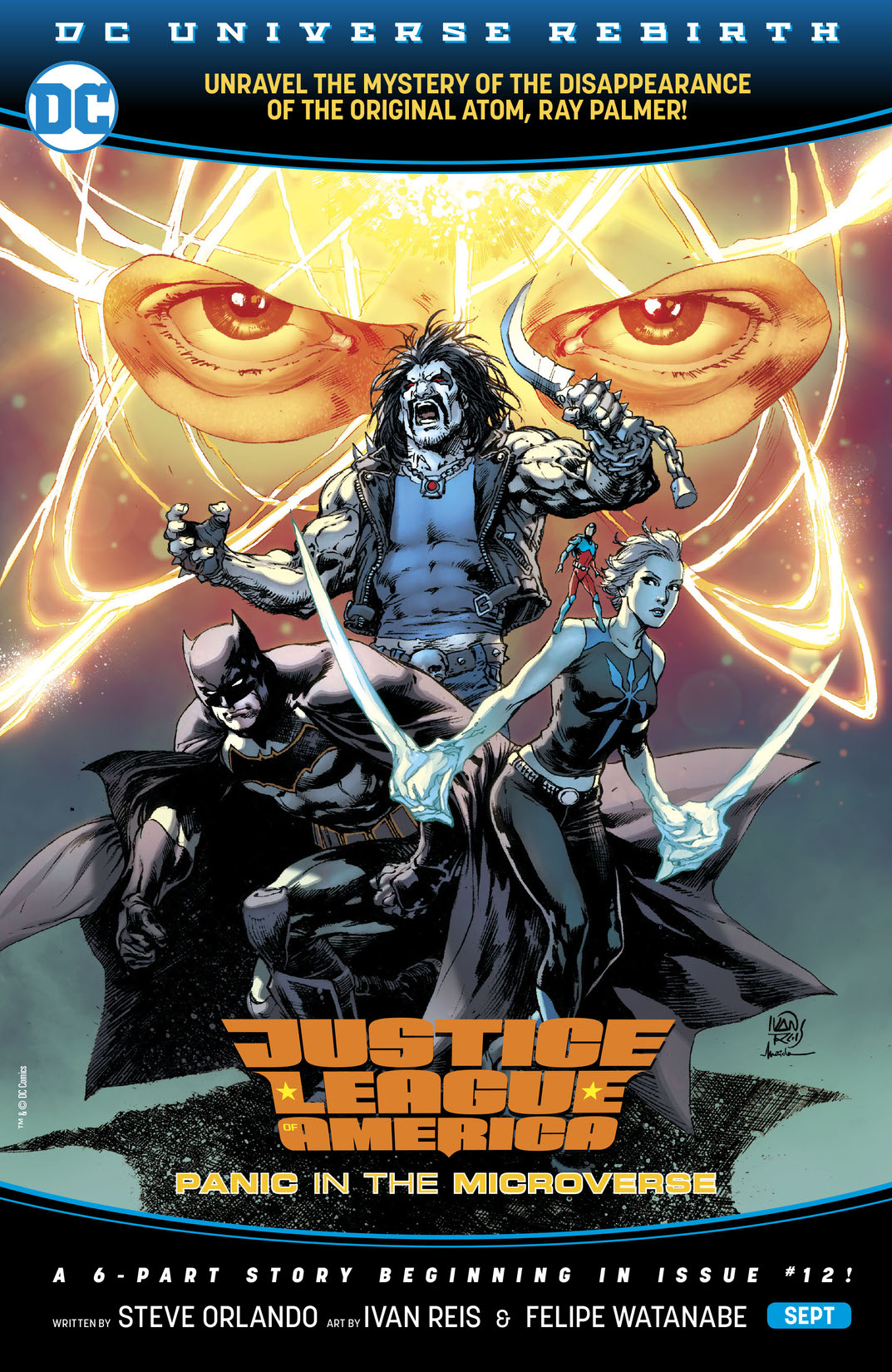 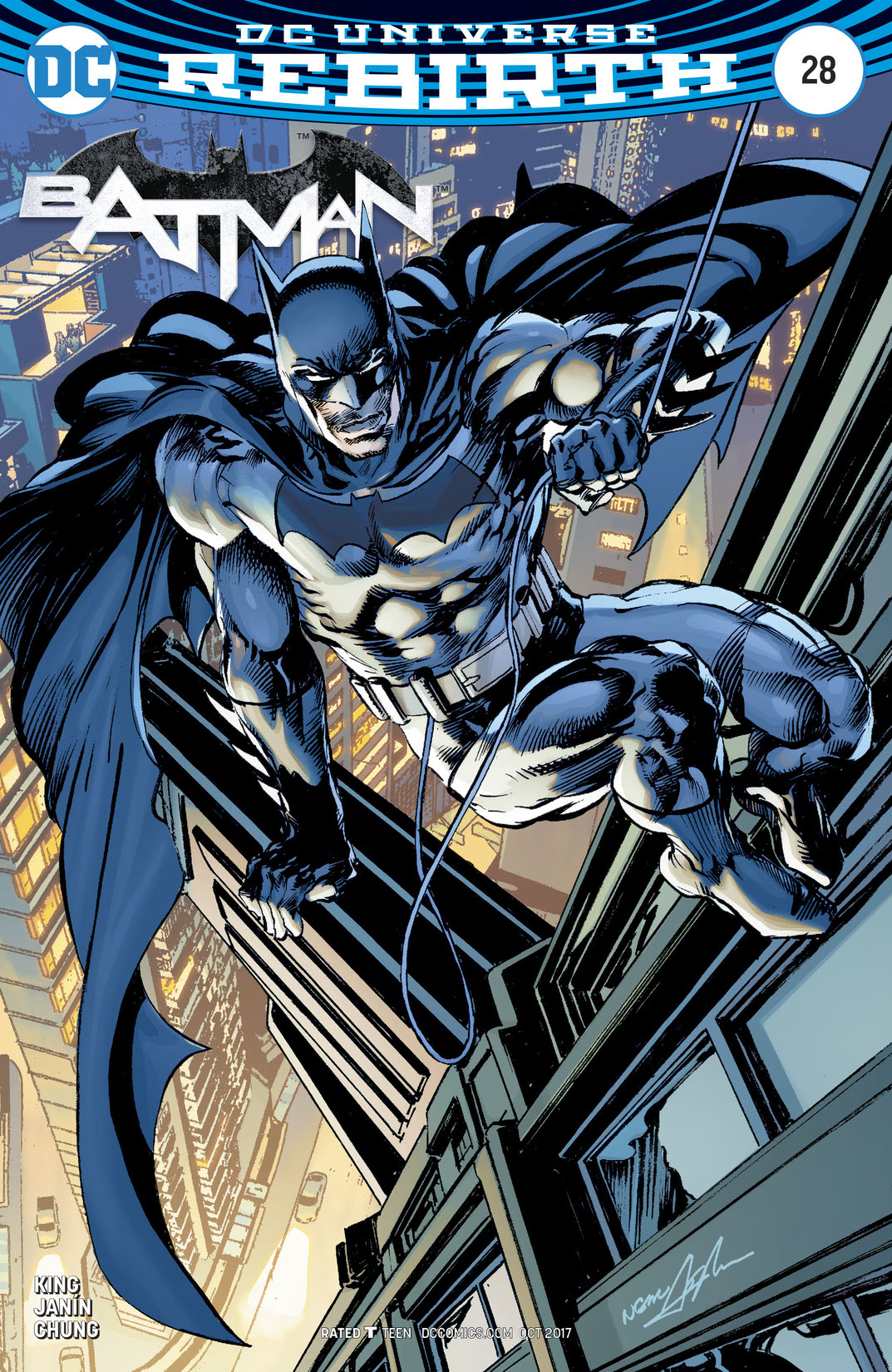 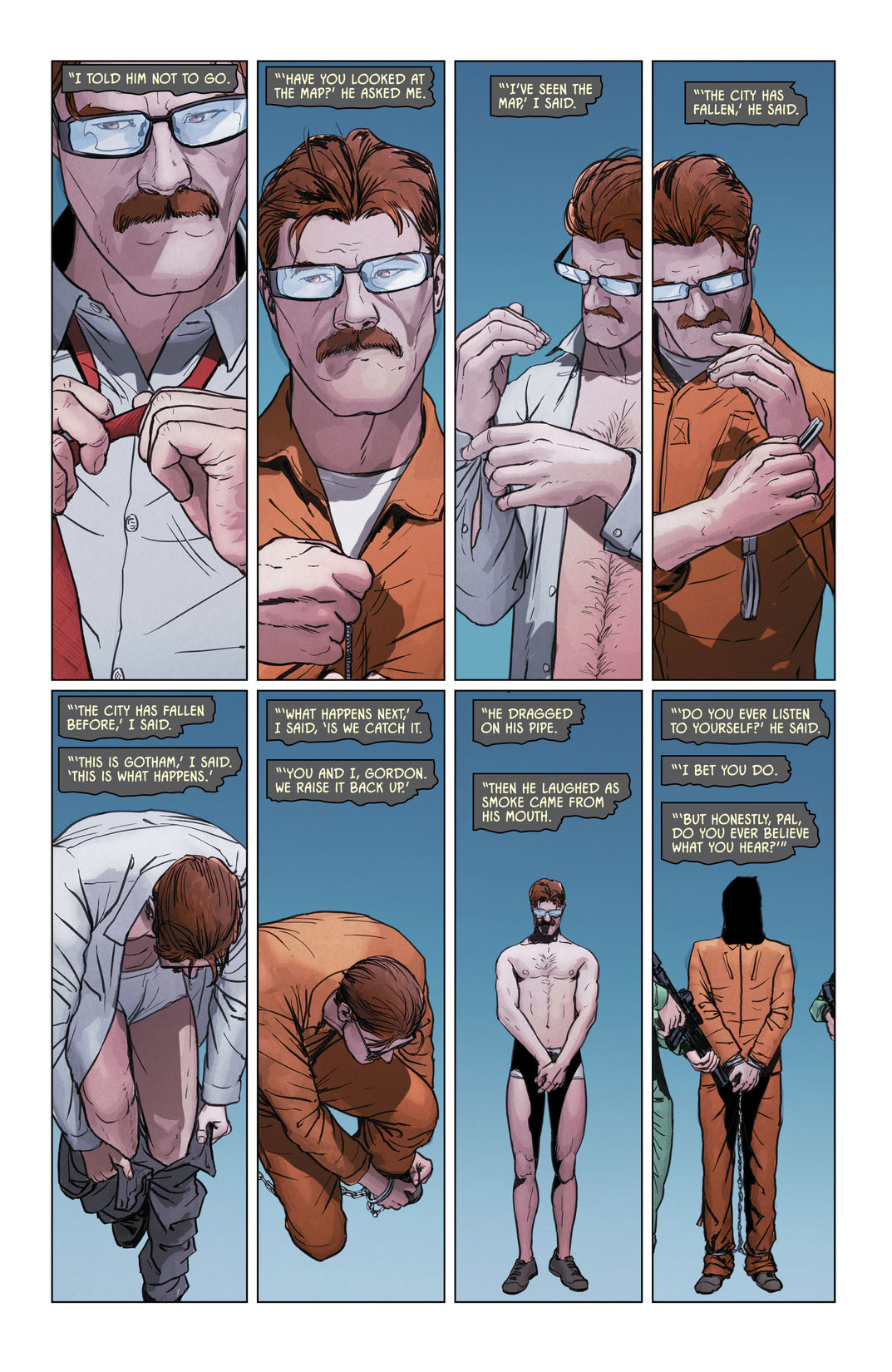 “THE WAR OF JOKES AND RIDDLES” part four! War is hell. Unless it’s in Gotham City, where it’s so much worse. The clash between The Joker and the Riddler continues to escalate, with the rest of the city’s villains picking sides and joining in. In the midst of the battle, Batman must try to save whoever he can while knowing he will forever be haunted by those he can’t.