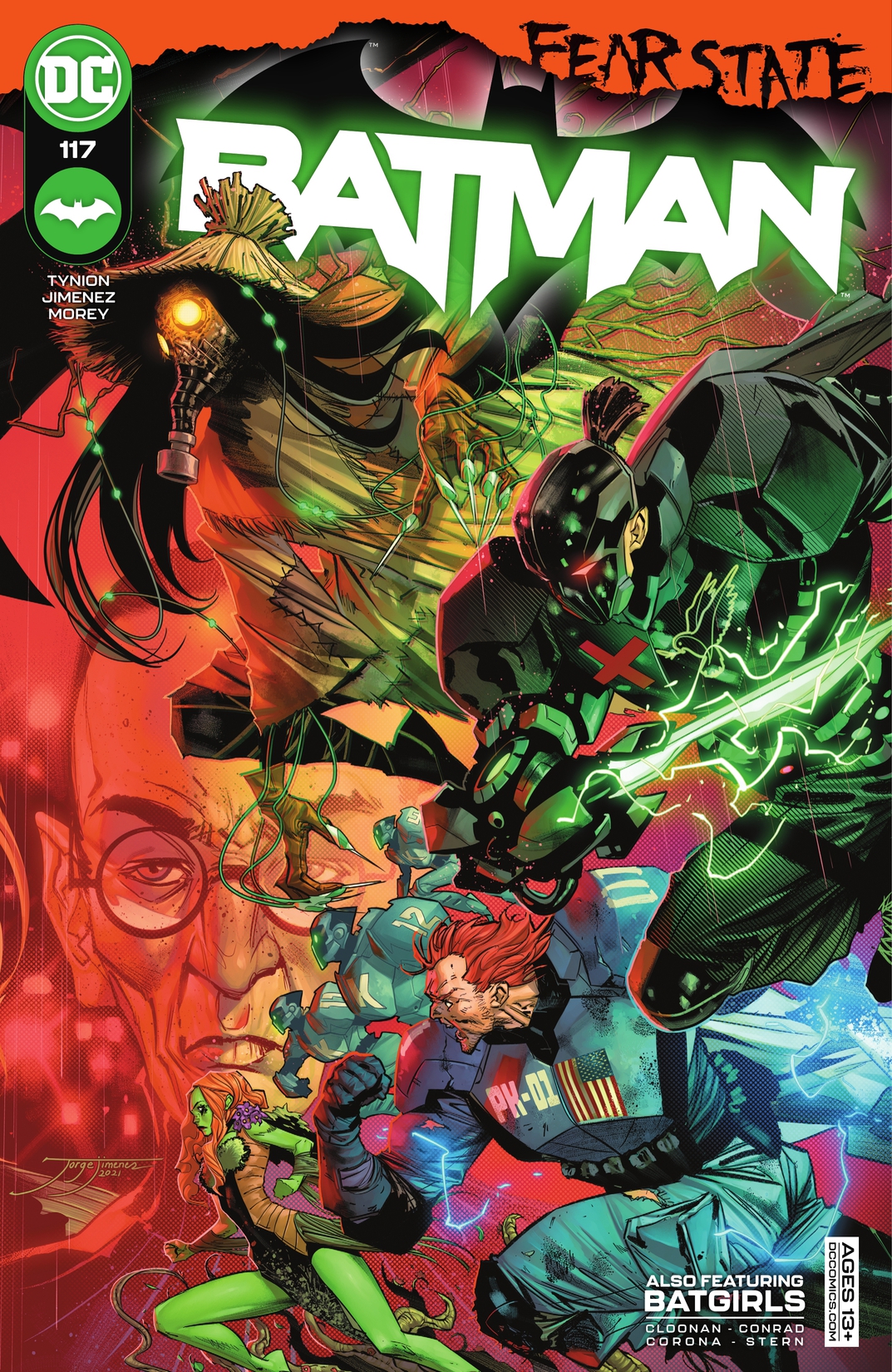 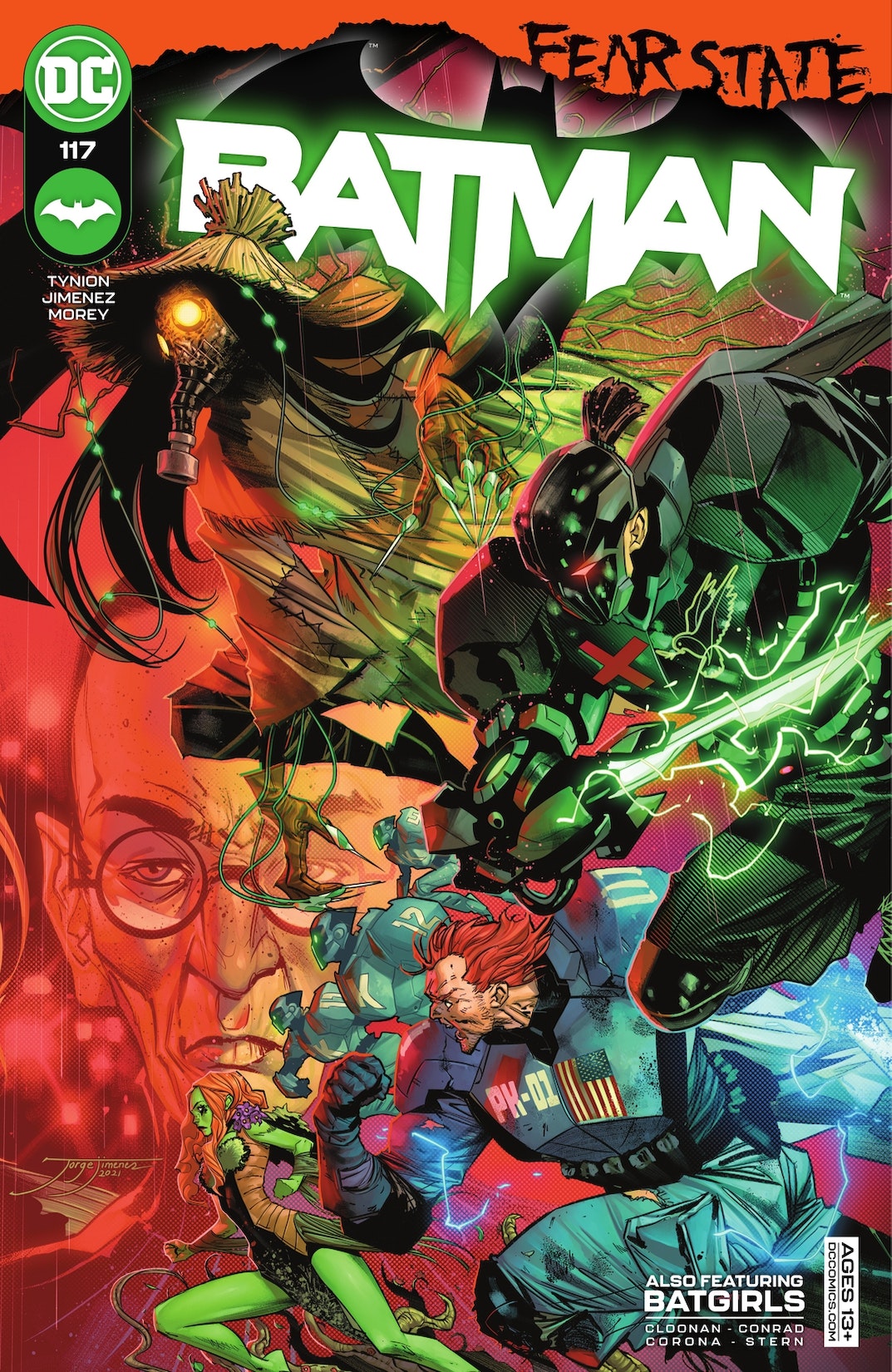 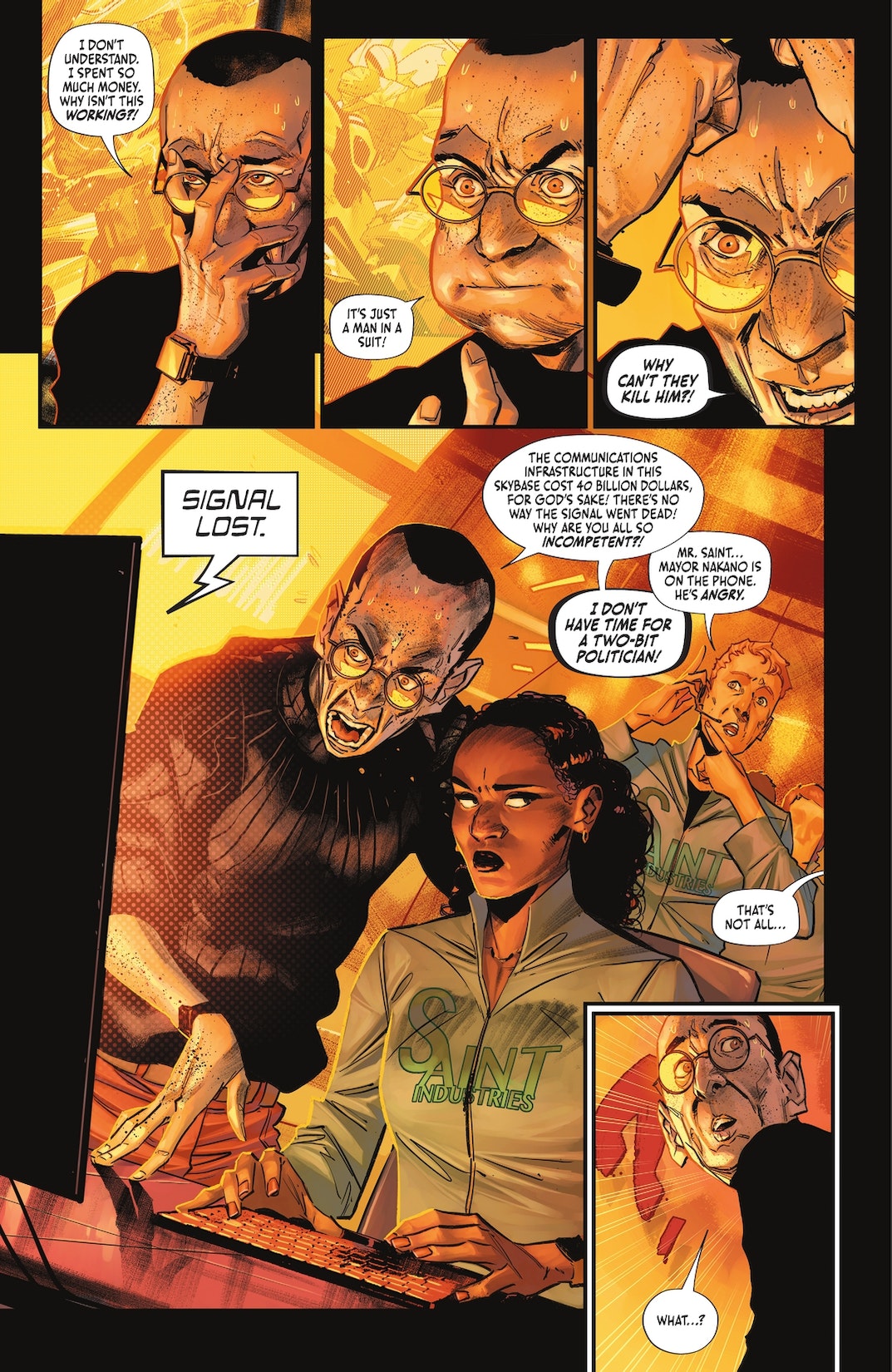 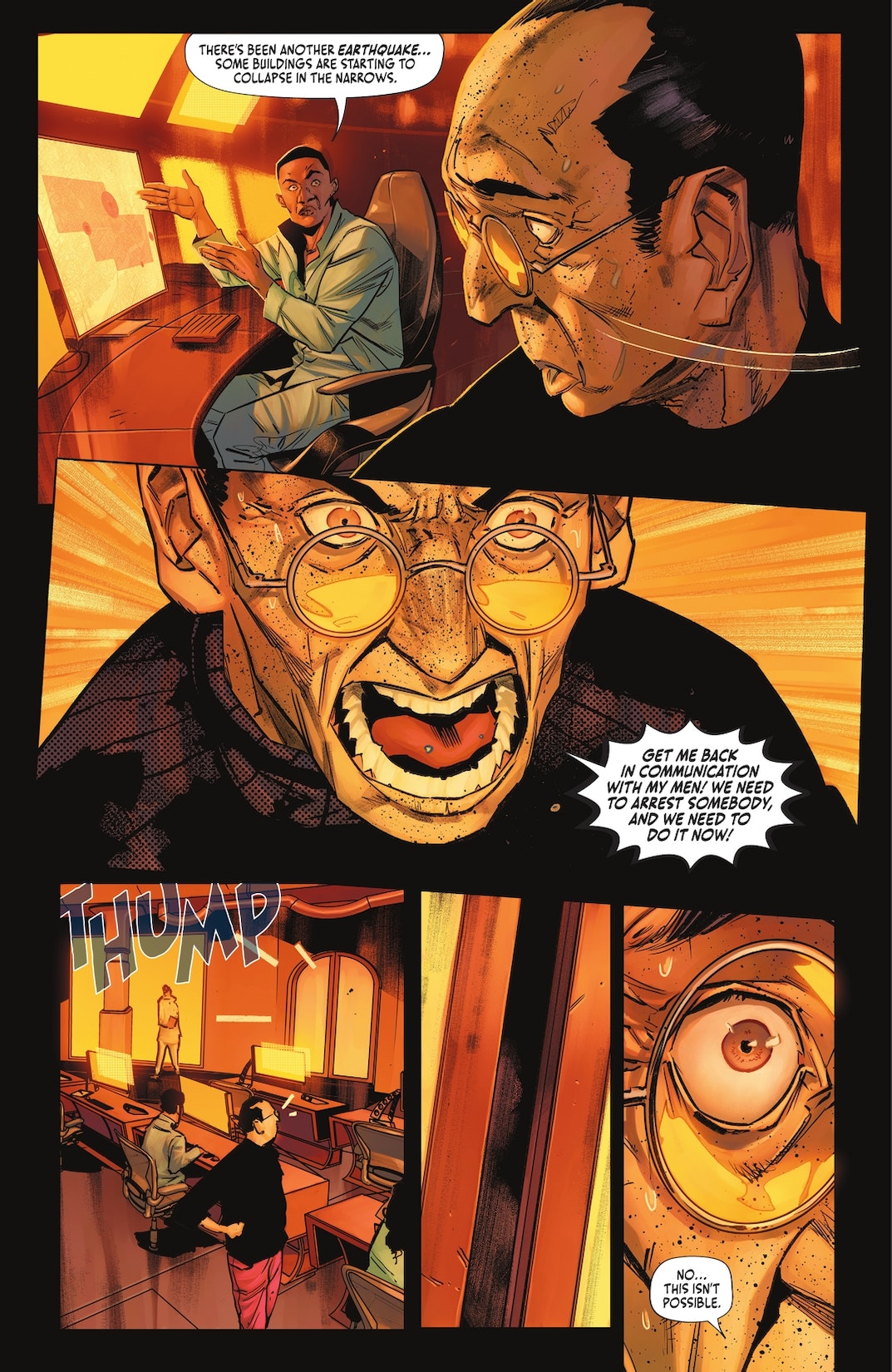 As the full scope of the Scarecrow’s plans is revealed, a bloodied Dark Knight fights for his life, and all the lives in Gotham City, against an unrelenting, unstoppable opponent. The shocking conclusion to “Fear State” is here…Will Batman ever be the same? Backup: After what happened in the Magistrate’s Skybase-01, nowhere is safe, and the Batgirls hide out in a hotel room until Babs arrives offering a plan for their future. Seer, the “Anti-Oracle,” is revealed here! And who they are will make you question everything you see moving forward in Gotham…