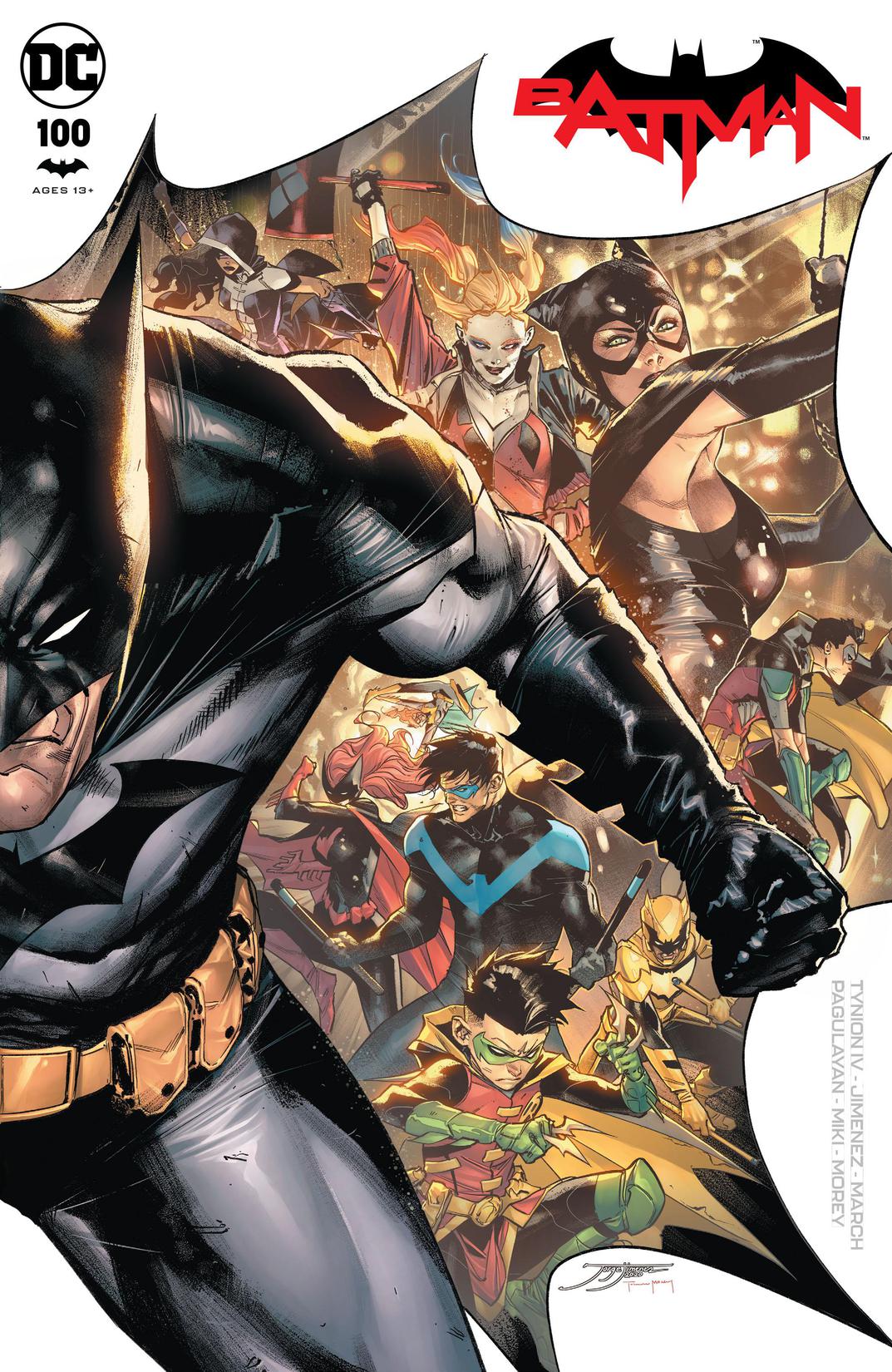 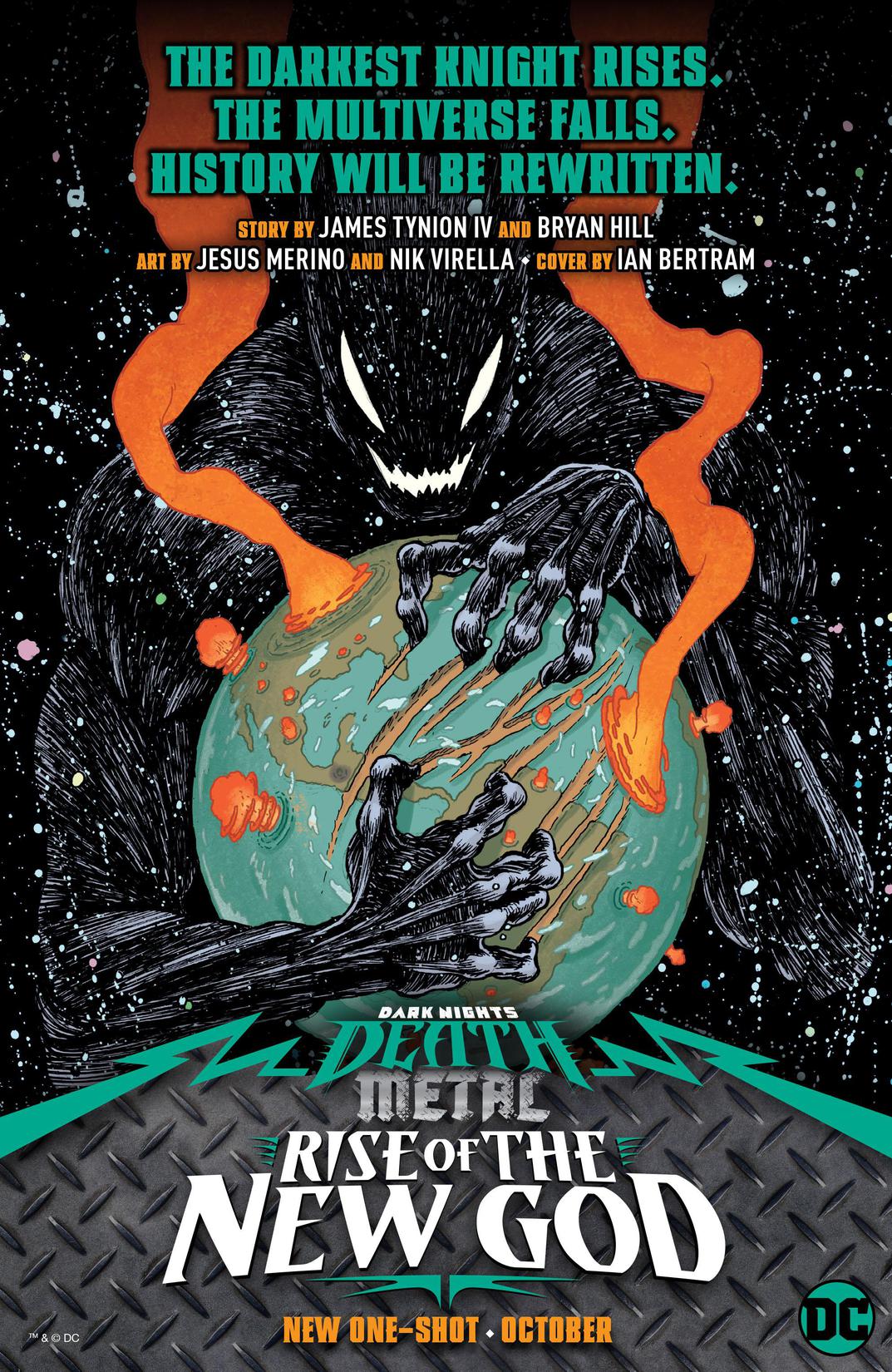 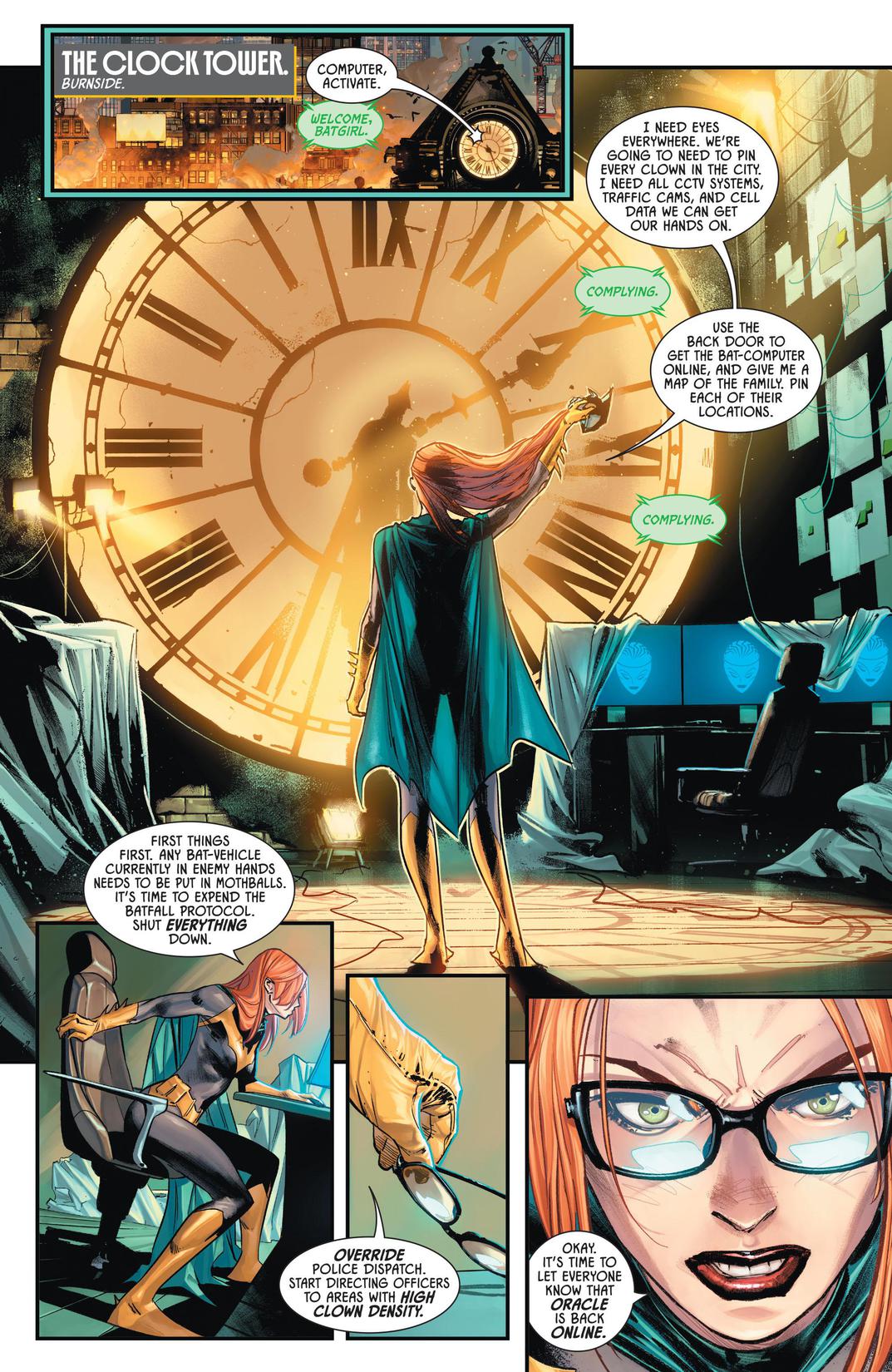 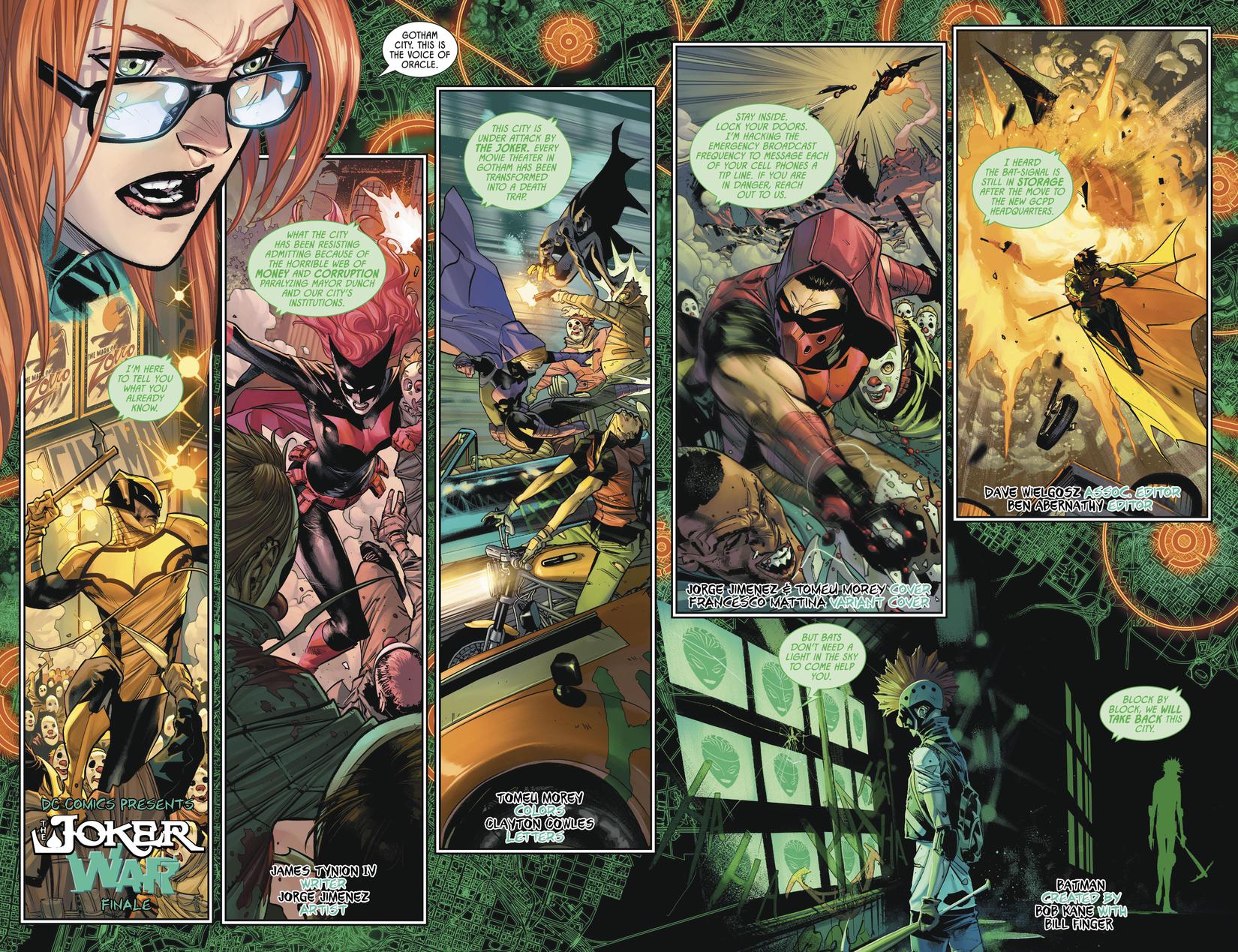 “The Joker War” comes to a city-shattering conclusion as Batman battles The Joker in a brutal, no-holds-barred duel! This is a fight 80 years in the making, and its outcome won’t just change Batman’s life-it will change Gotham City for years to come! Plus, catch the first glimpse of the new villain known as Ghost-Maker! And after the senses-shattering conclusion of “The Joker War” come a pair of short stories that will chart what’s to come in Gotham City and Batman. Don’t miss the first showdown between Batman and Clownhunter!