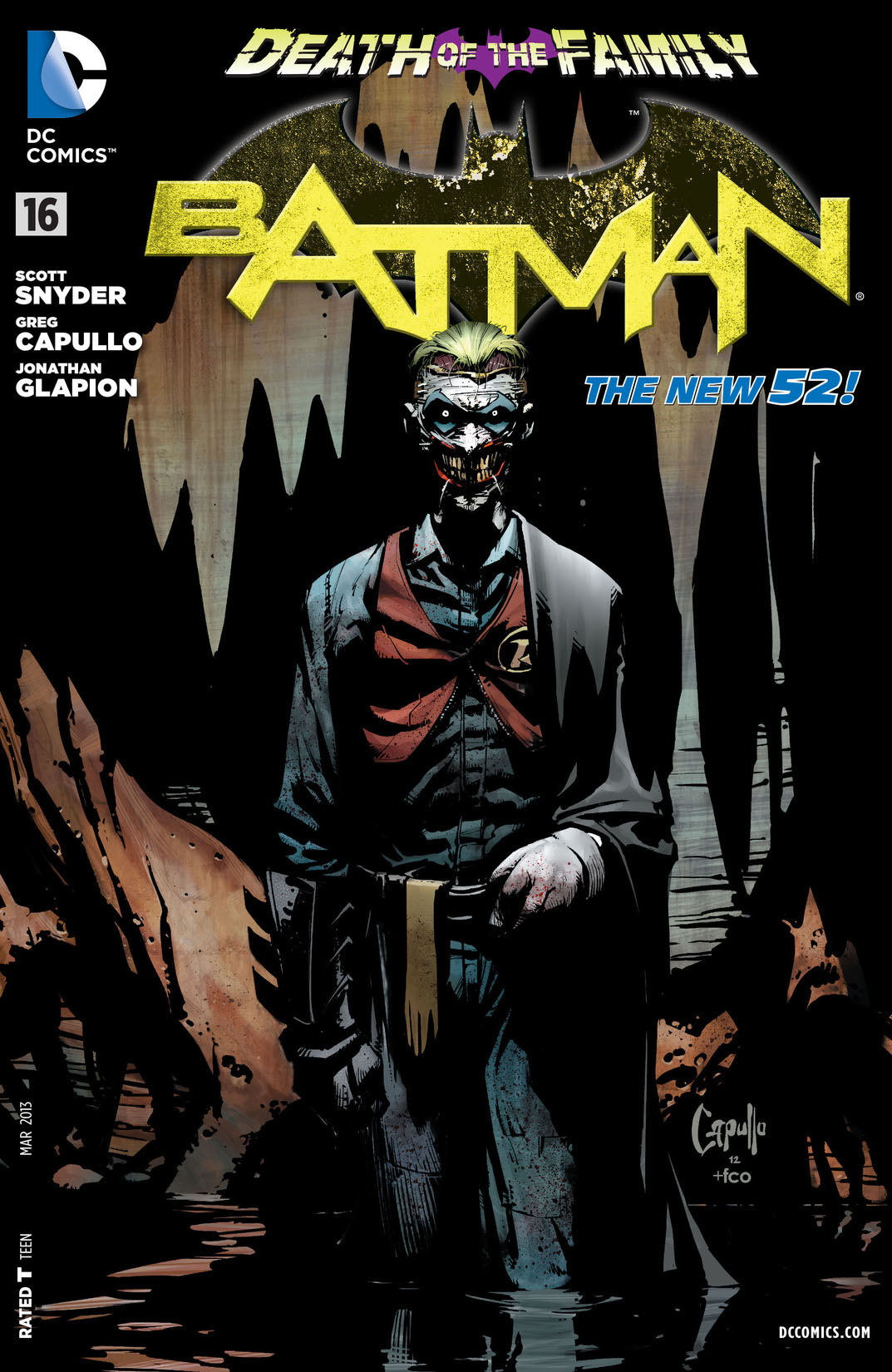 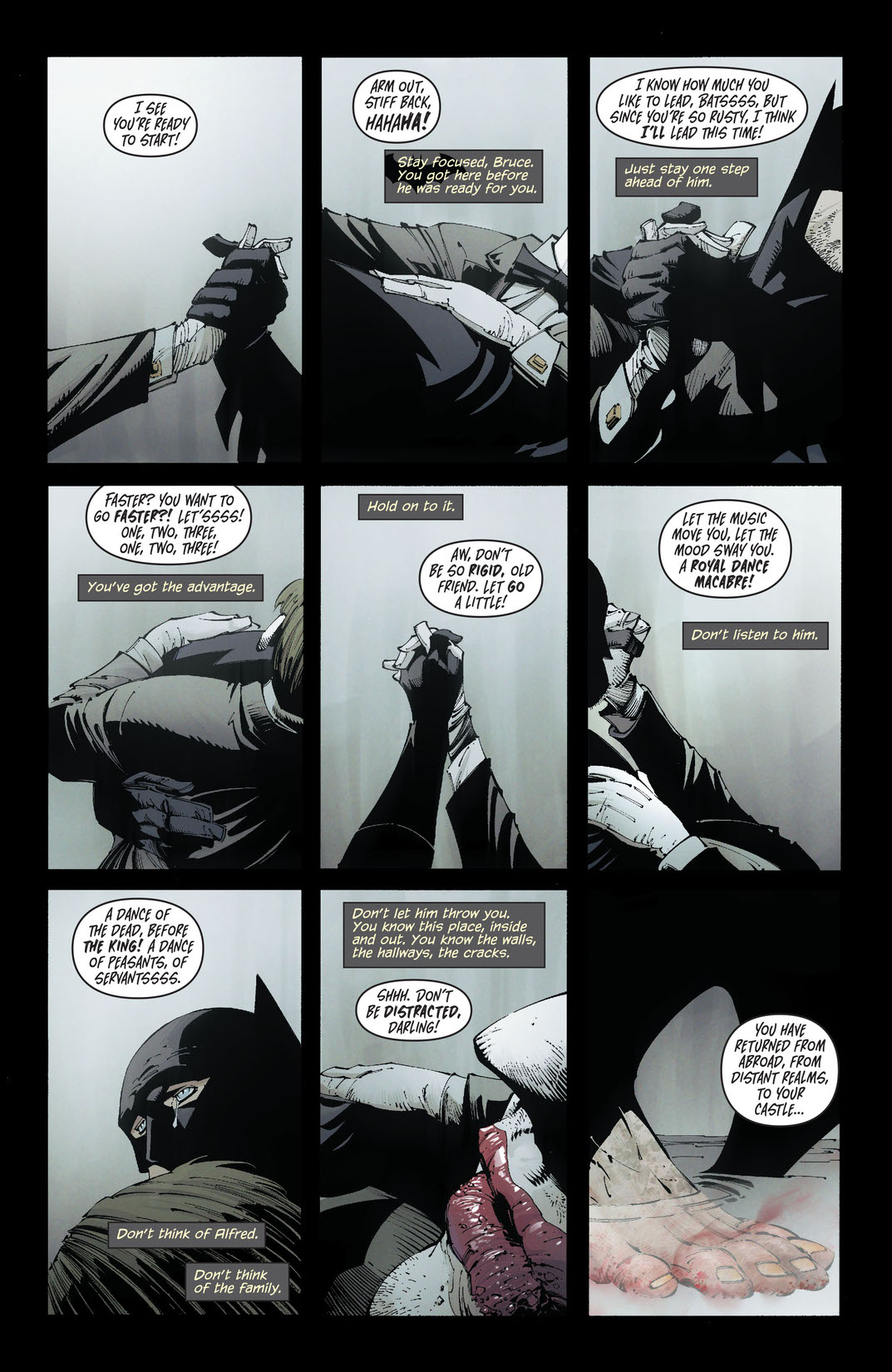 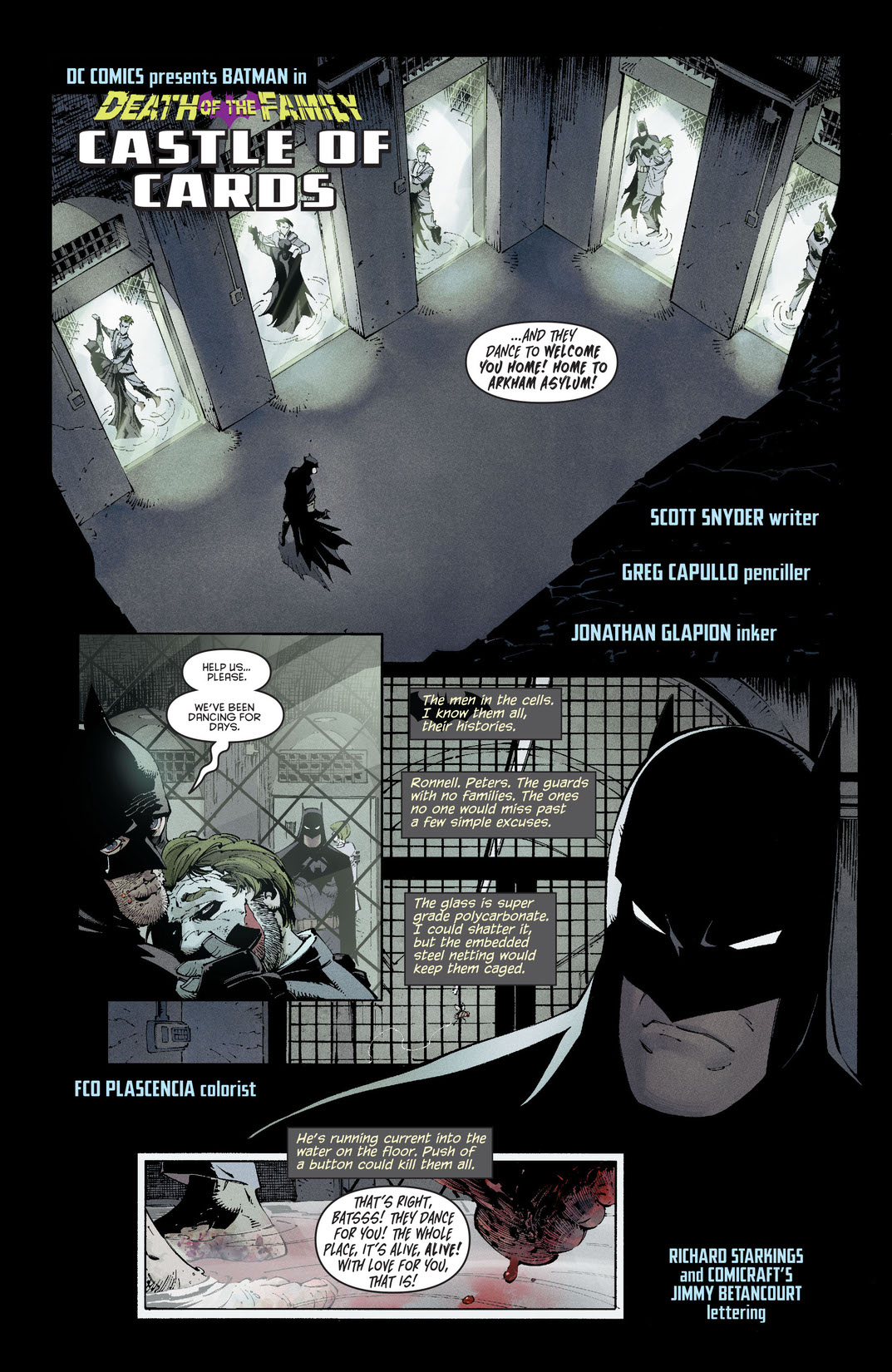 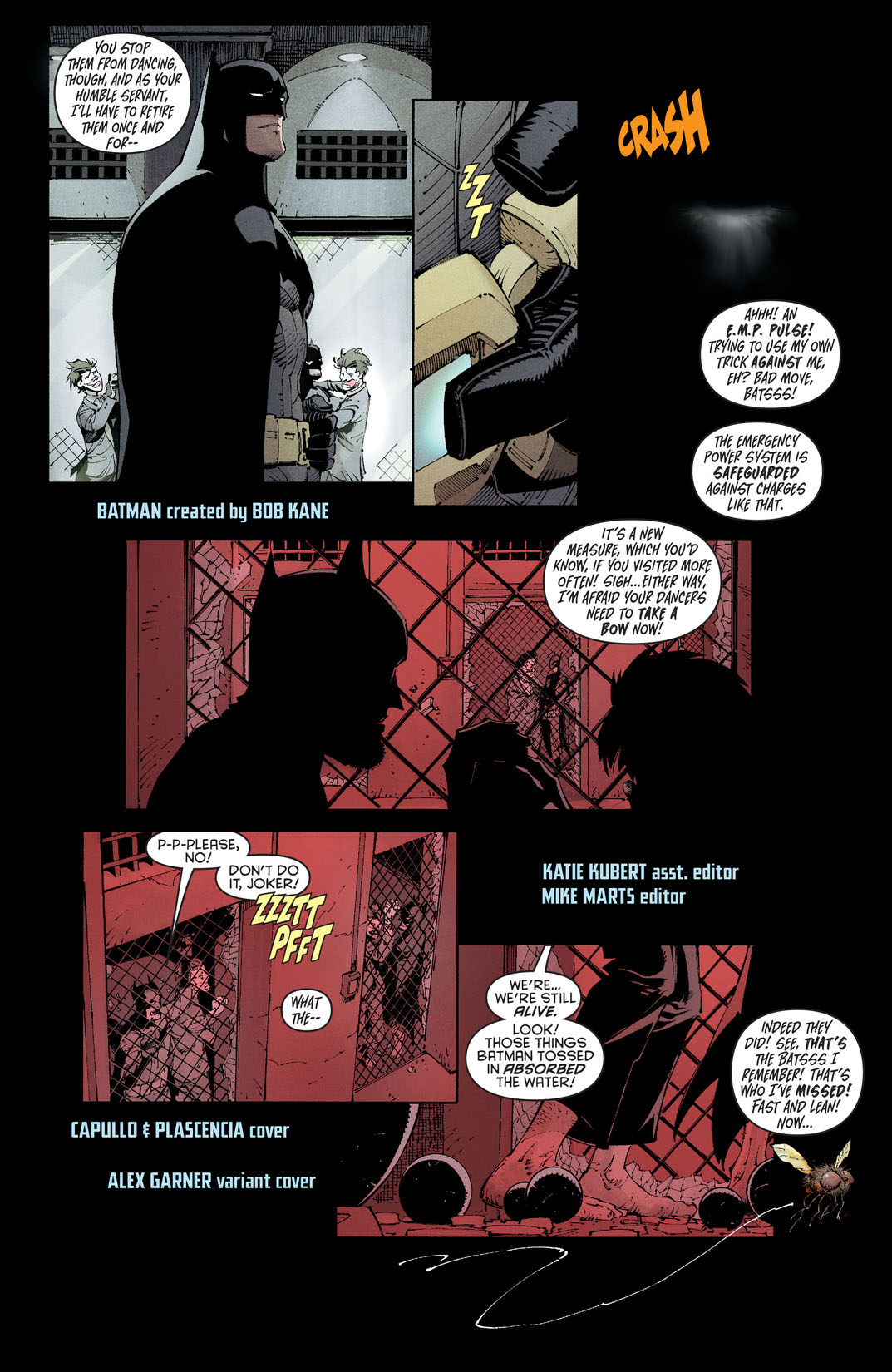 Batman heads into his showdown with The Joker as the madman's plan is finally revealed! And in the backup story, in the midst of The Joker's assault on Batman and his allies, get a secret glimpse into what started The Clown Prince of Crime on his horrifying journey! 'Death of the Family' part 4.