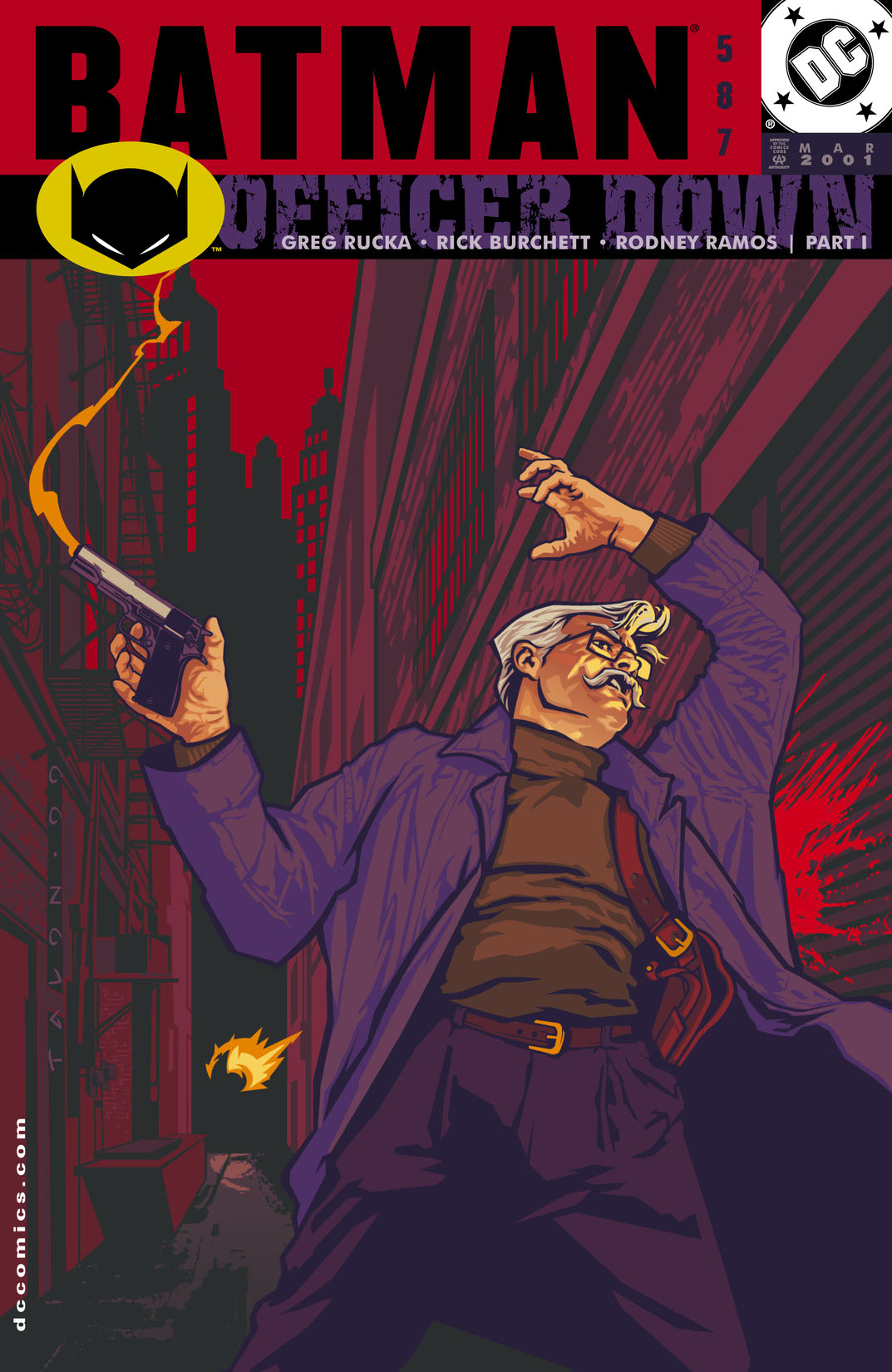 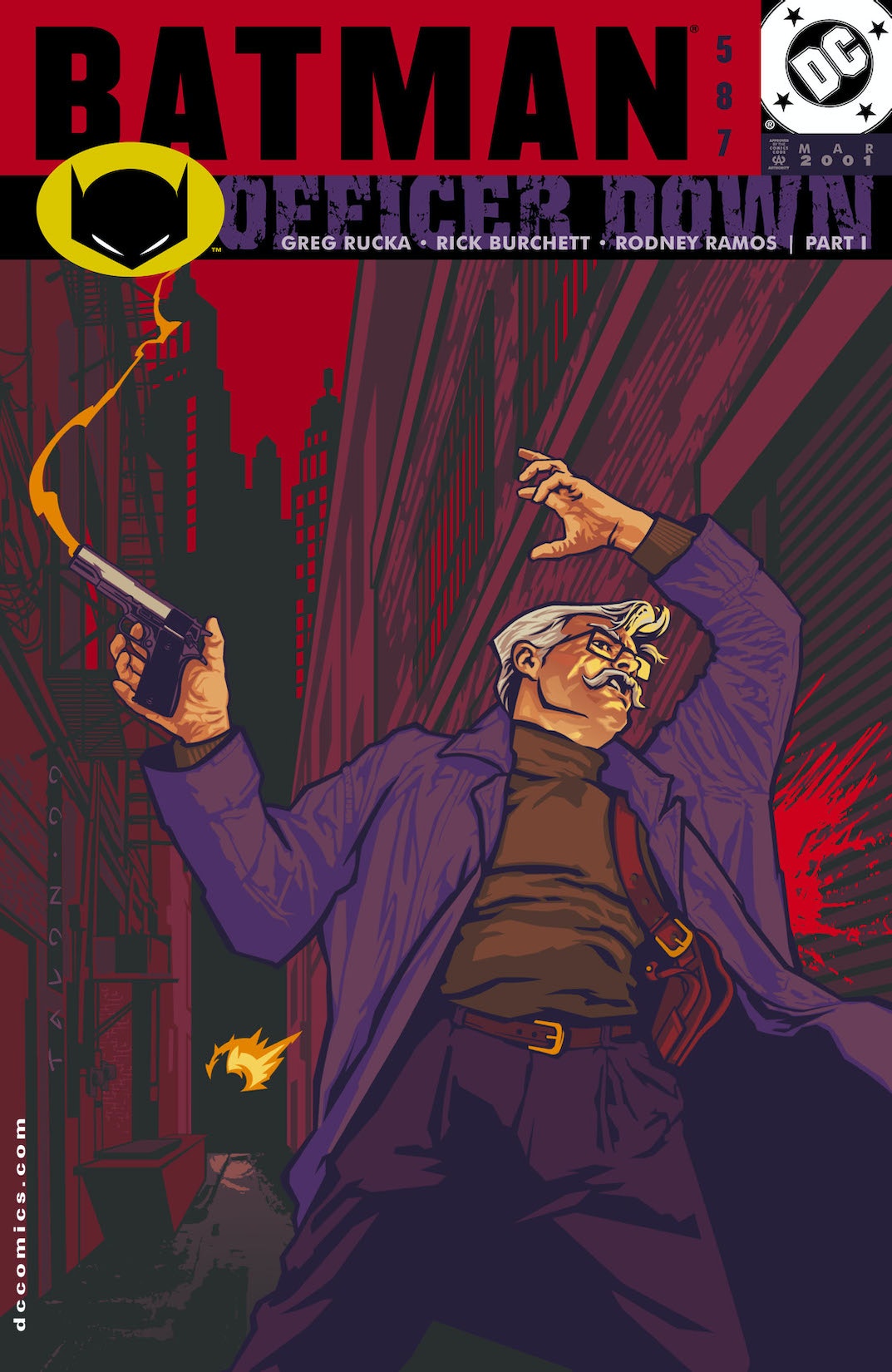 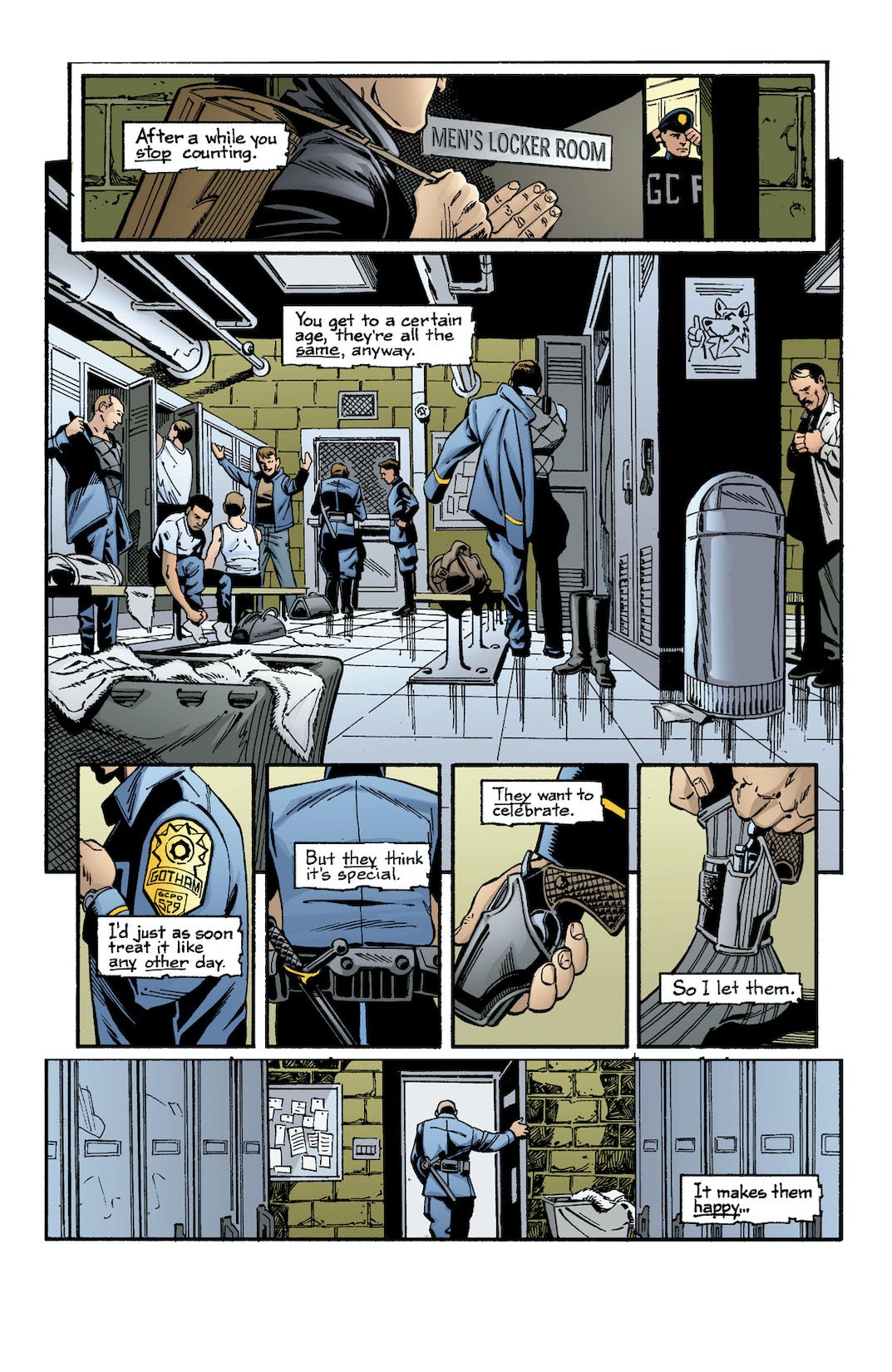 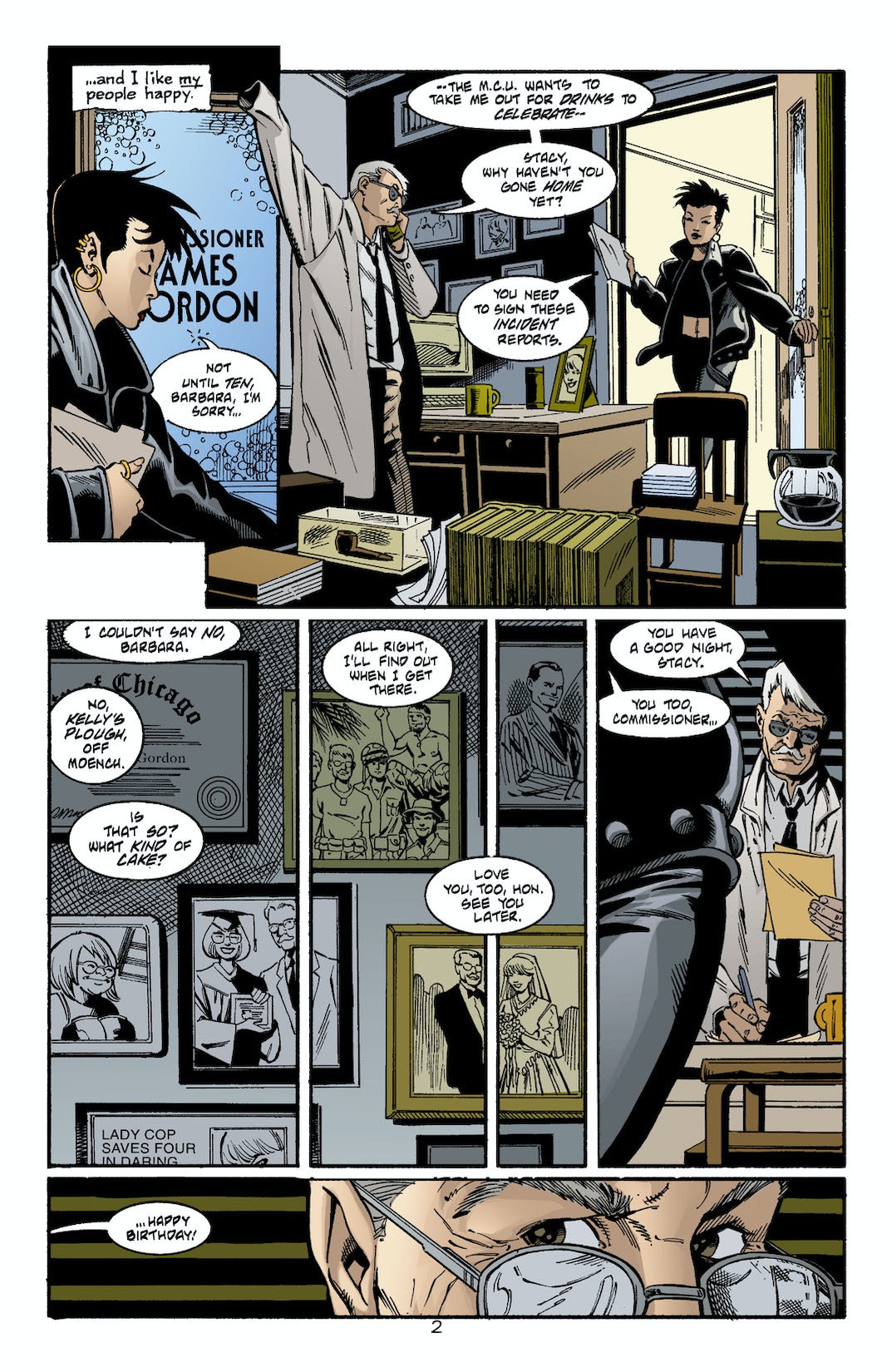 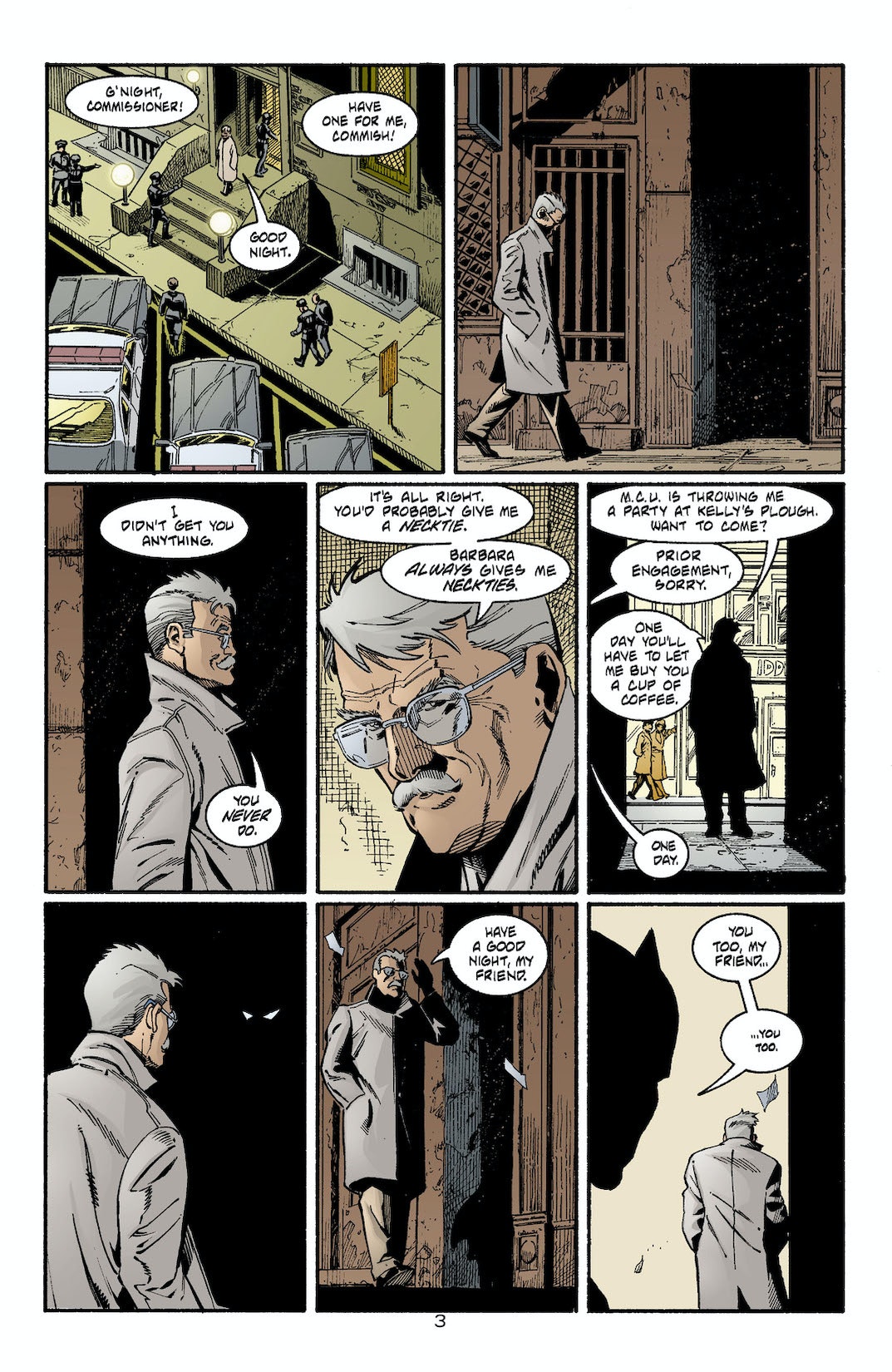 Officer Down' part 1! As James Gordon contemplates his many years on the police force, a sinister threat looms nearby. After a violent attack, things in Gotham never will be the same! Continued in BATGIRL (2000-2006) #12.