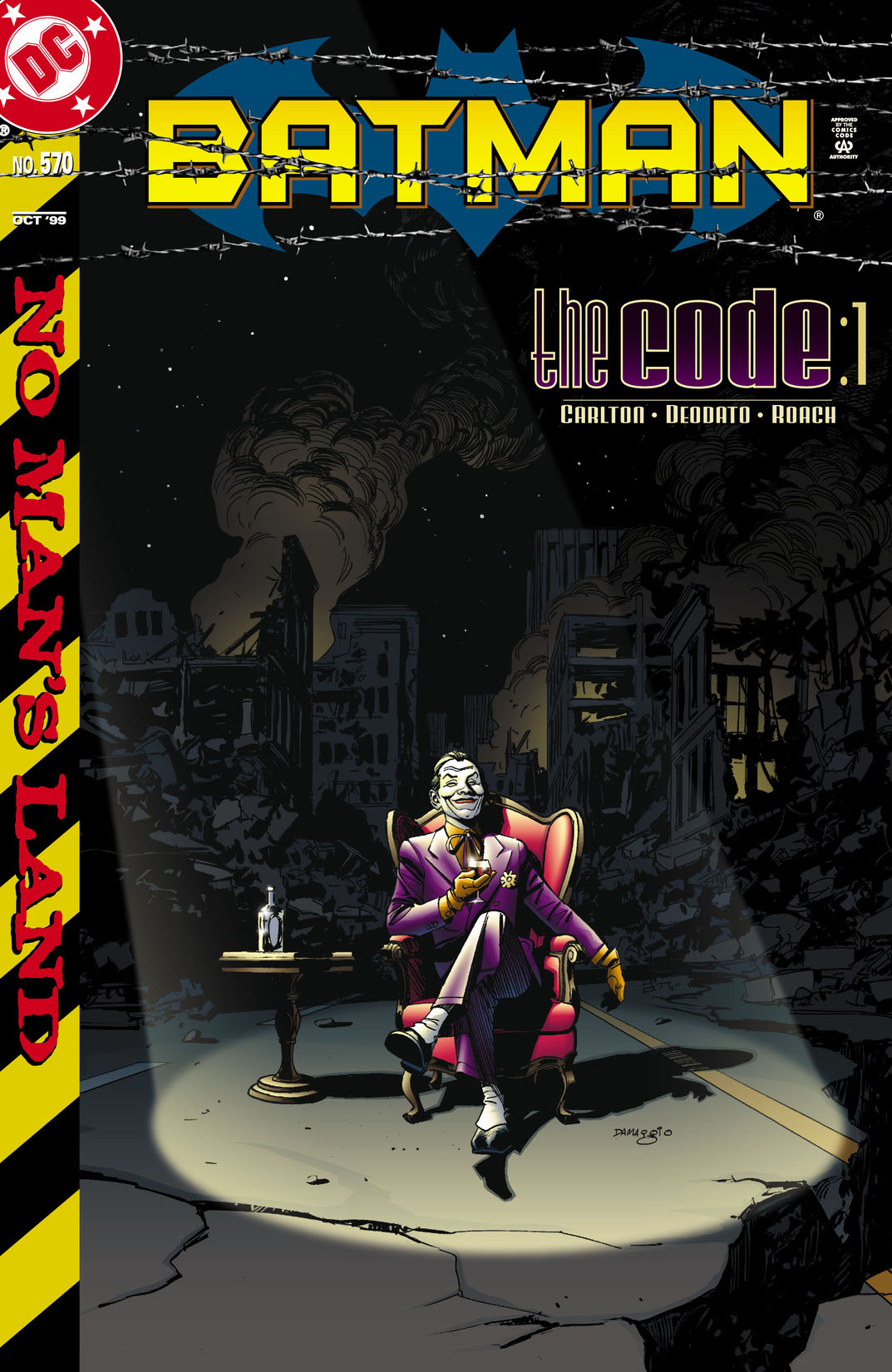 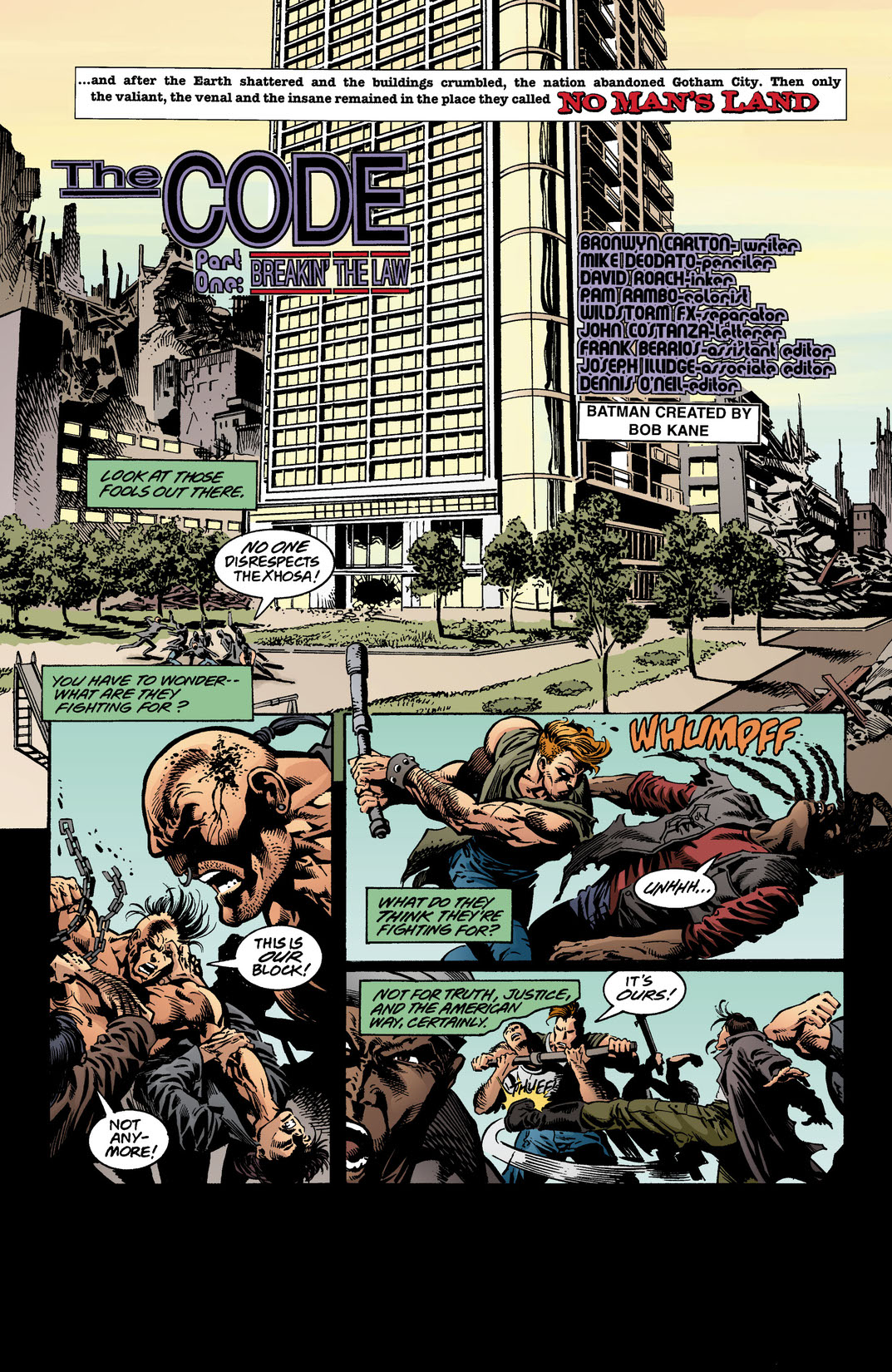 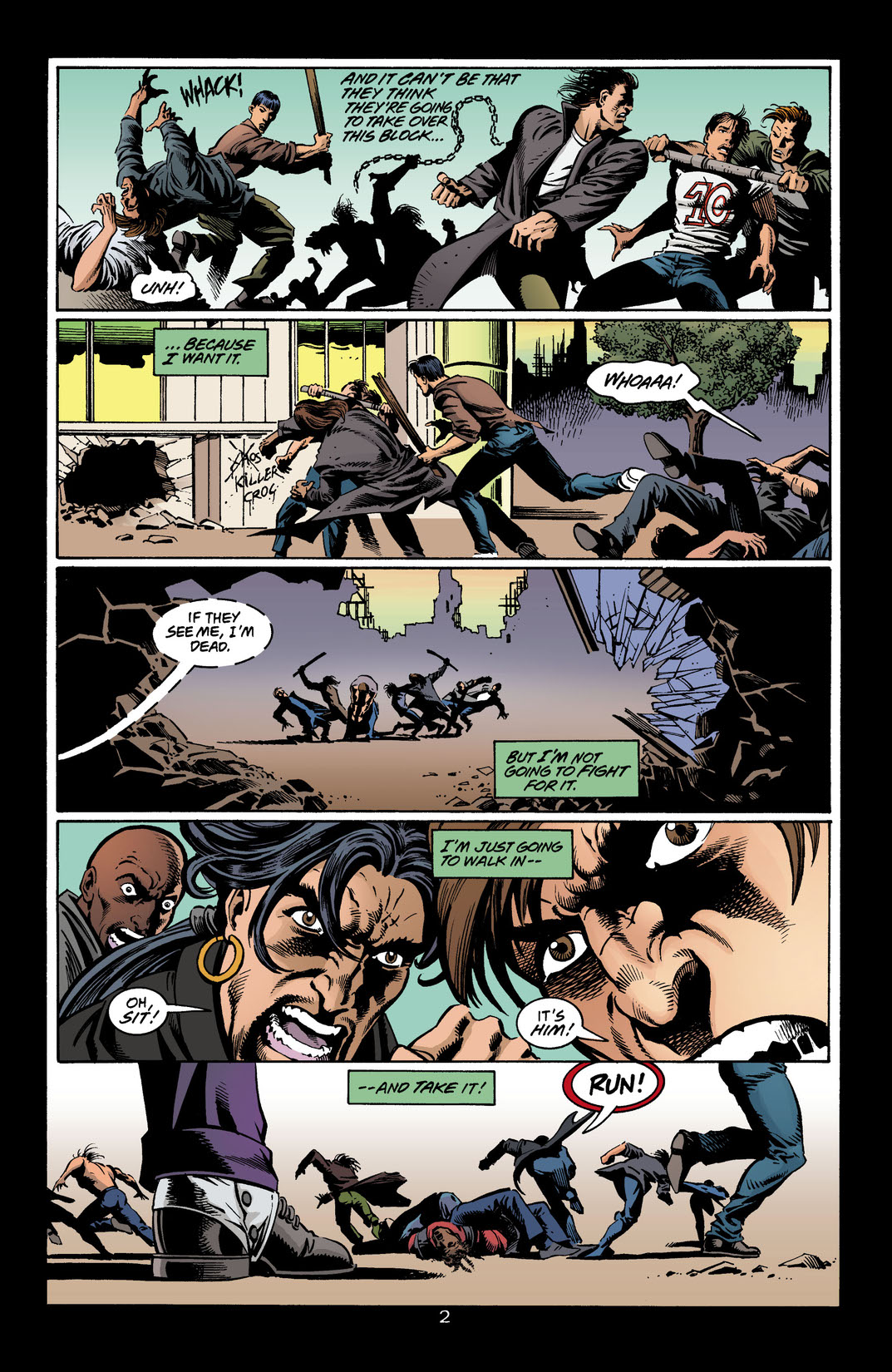 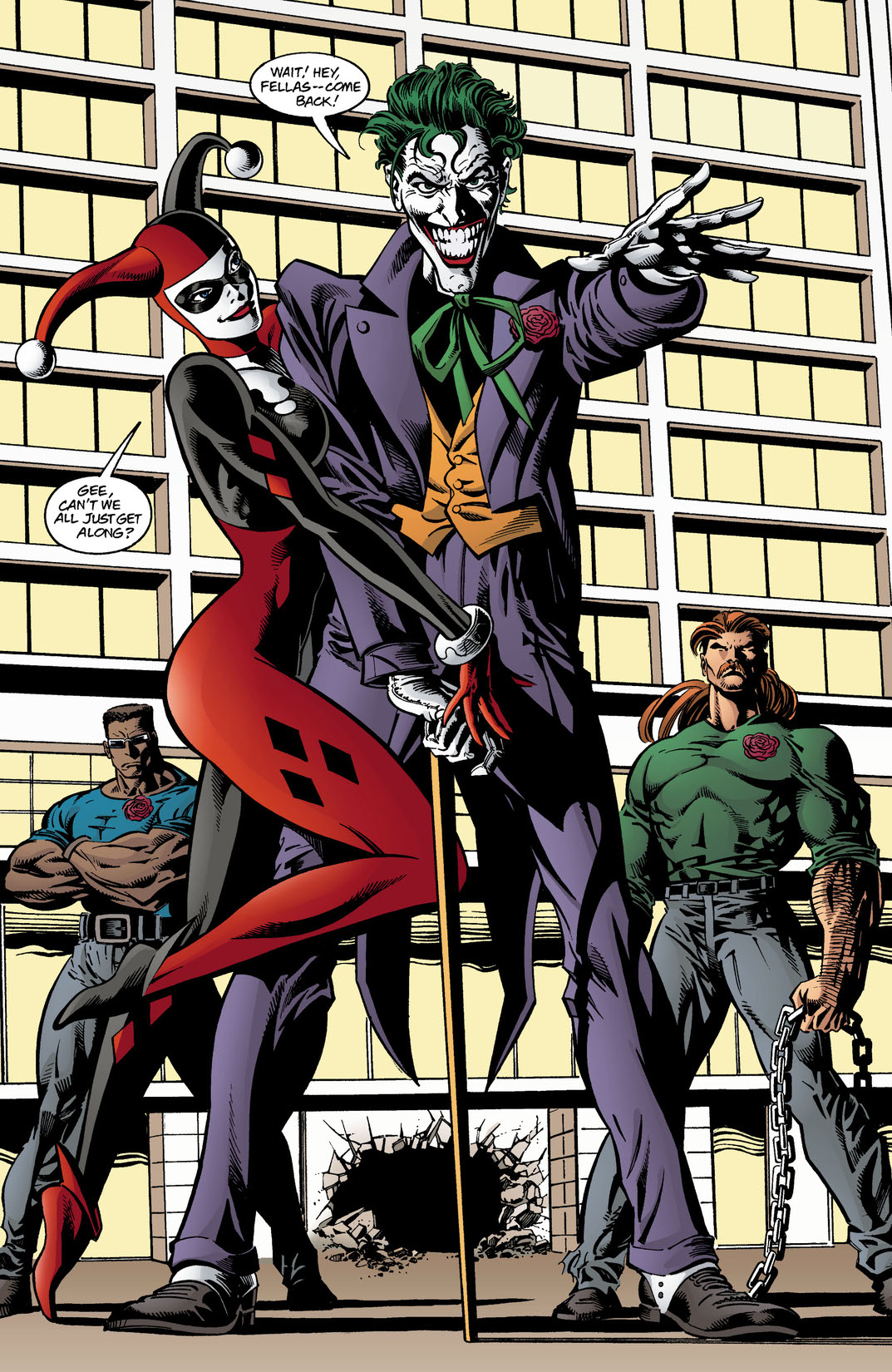 "No Man's Land" part 31 and "The Code" part 1! Harley returns just as the Joker expands his turf over the broken bodies of two warring gangs. While she uses a philosophy called "The Code" to try to manipulate events to her liking, Joker makes a sweeping move that threatens to tip the balance of power. Continued in DETECTIVE COMICS (1937-2011) #737.