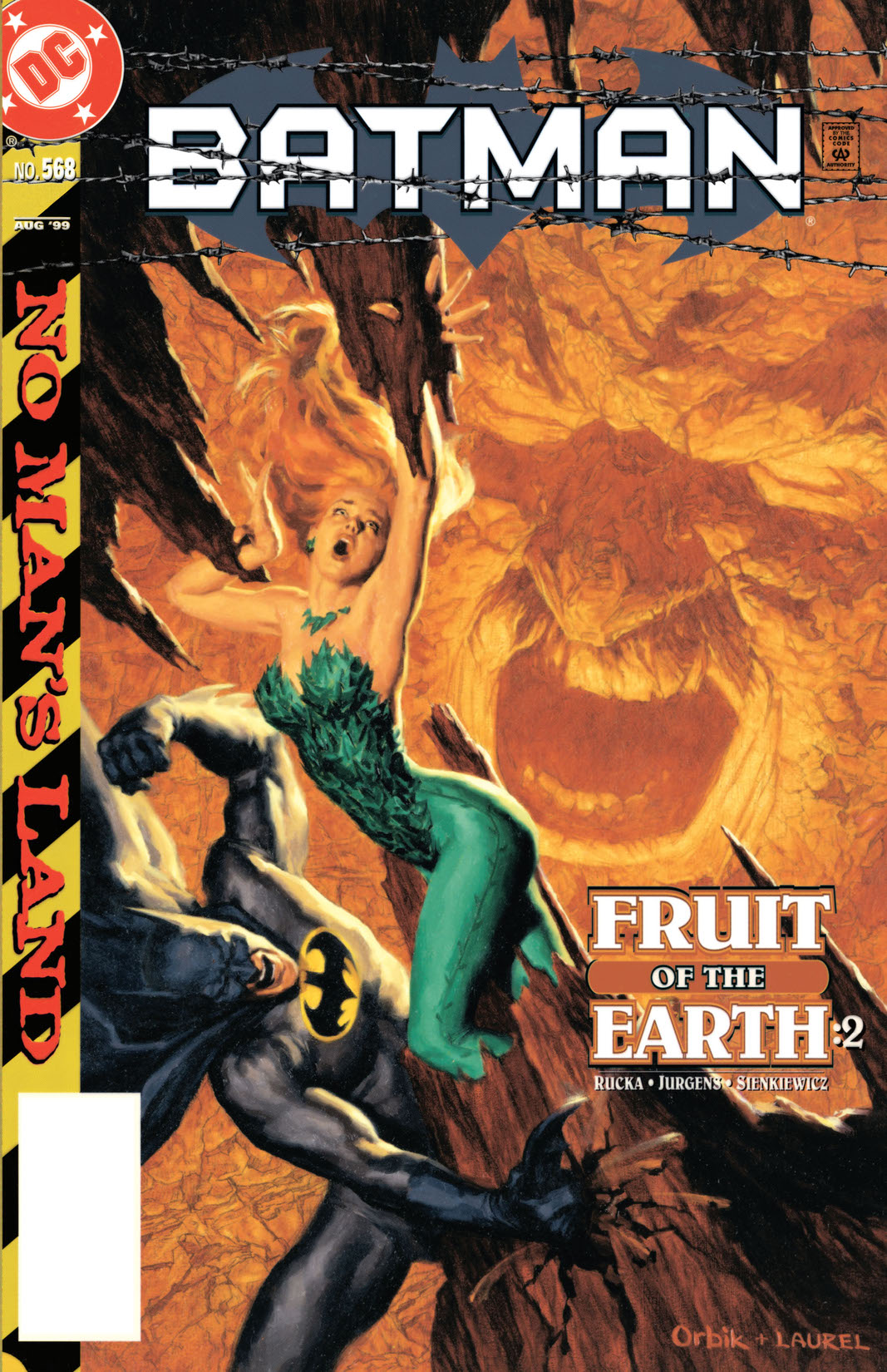 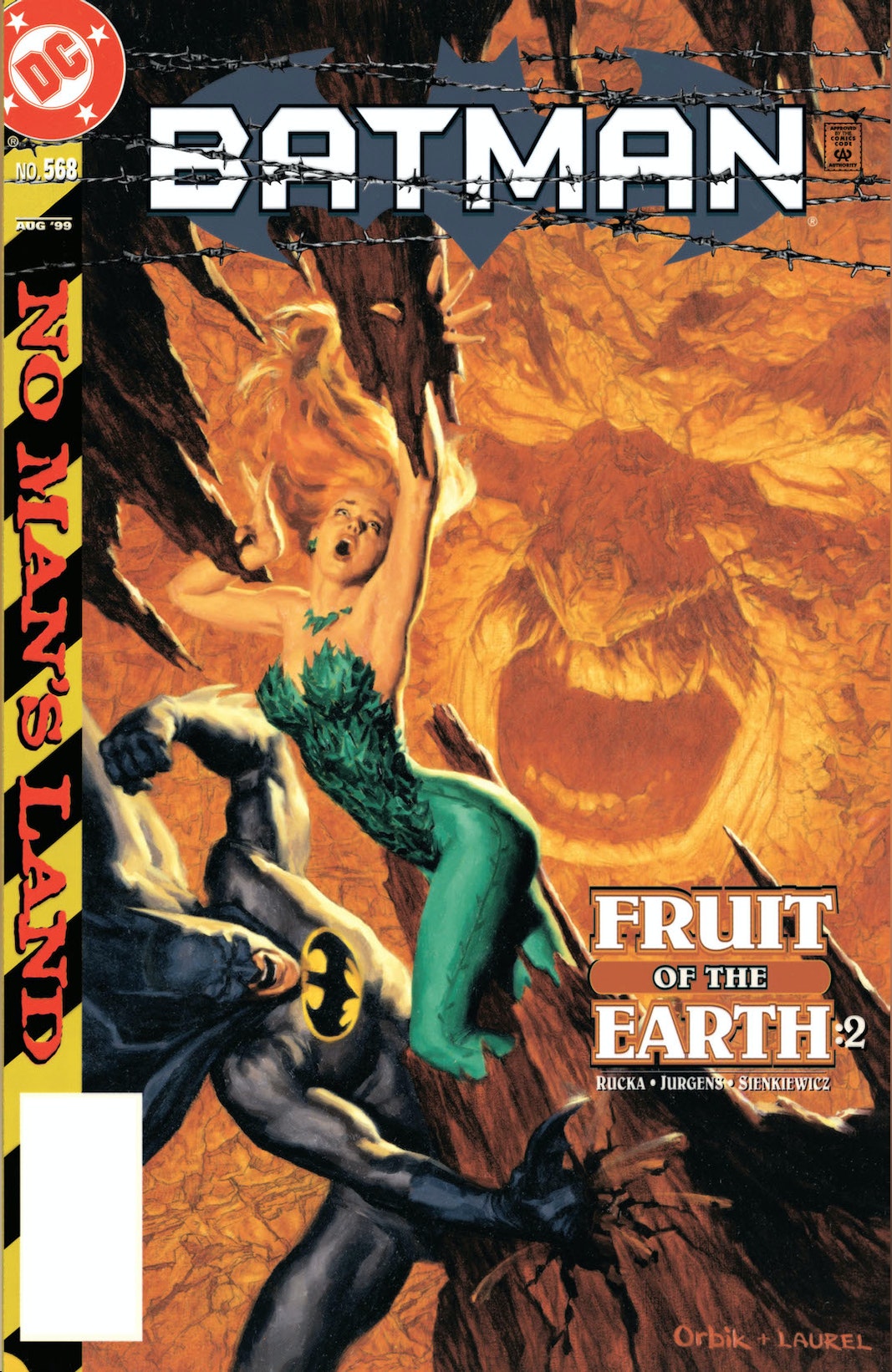 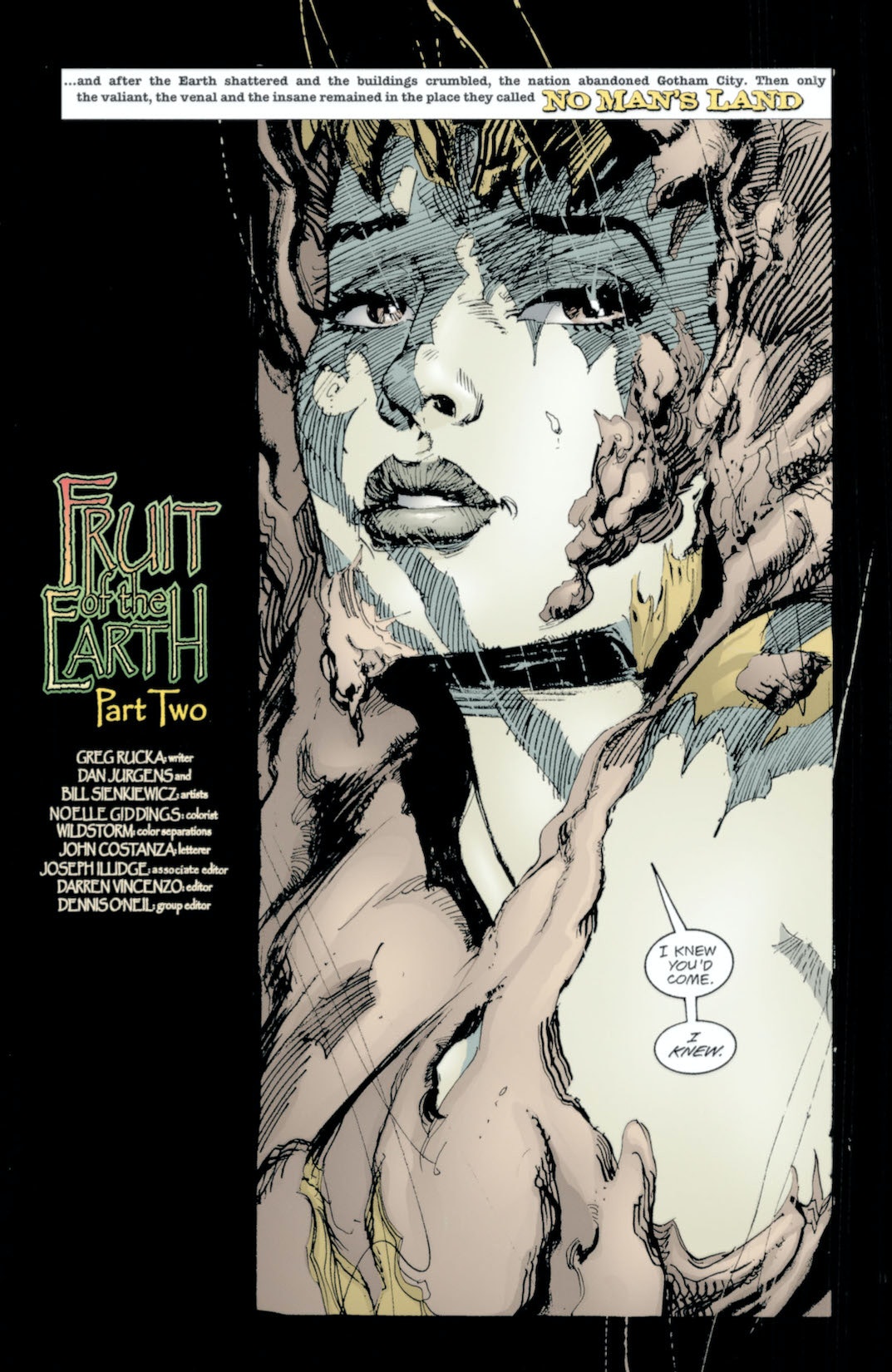 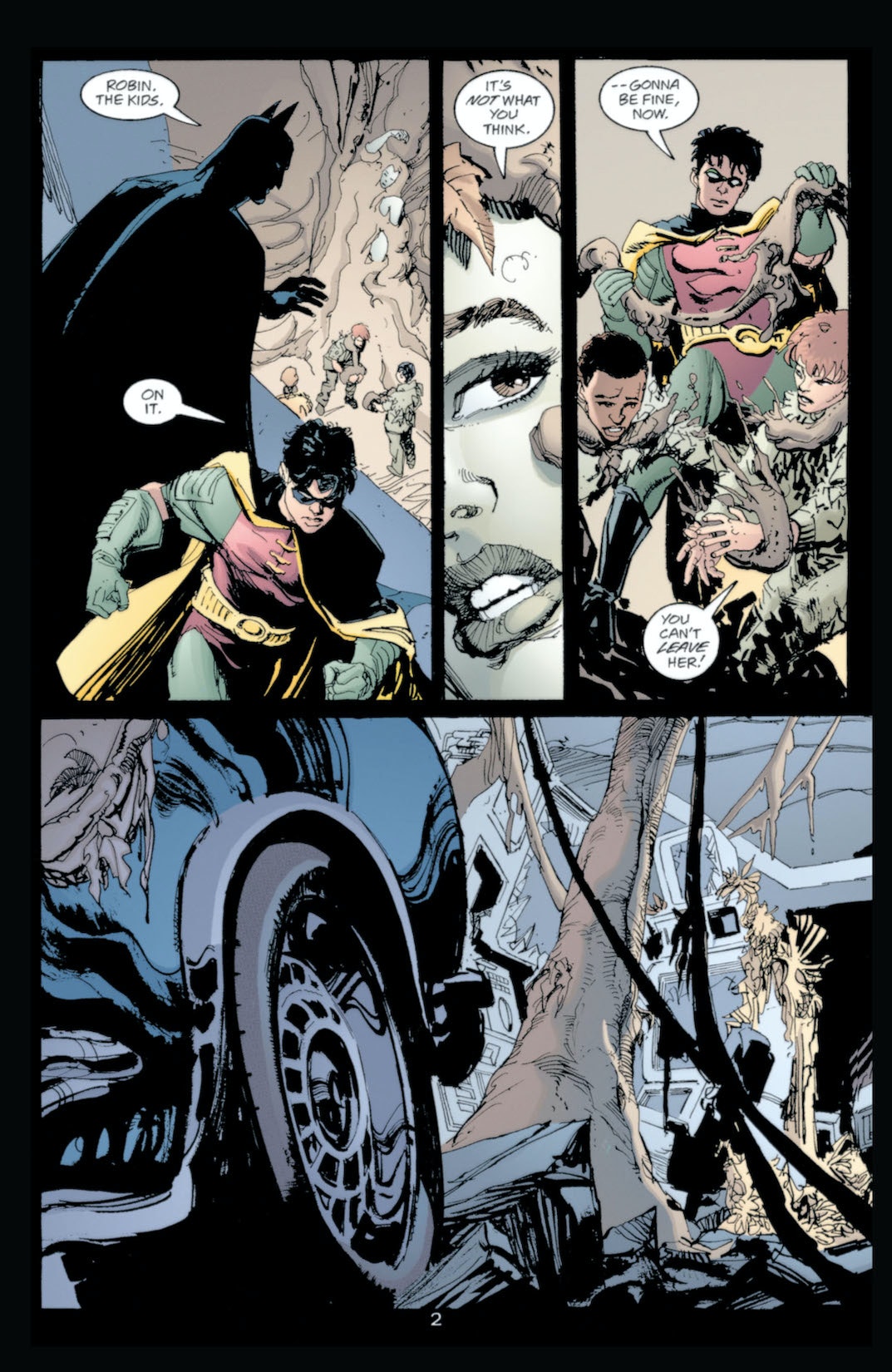 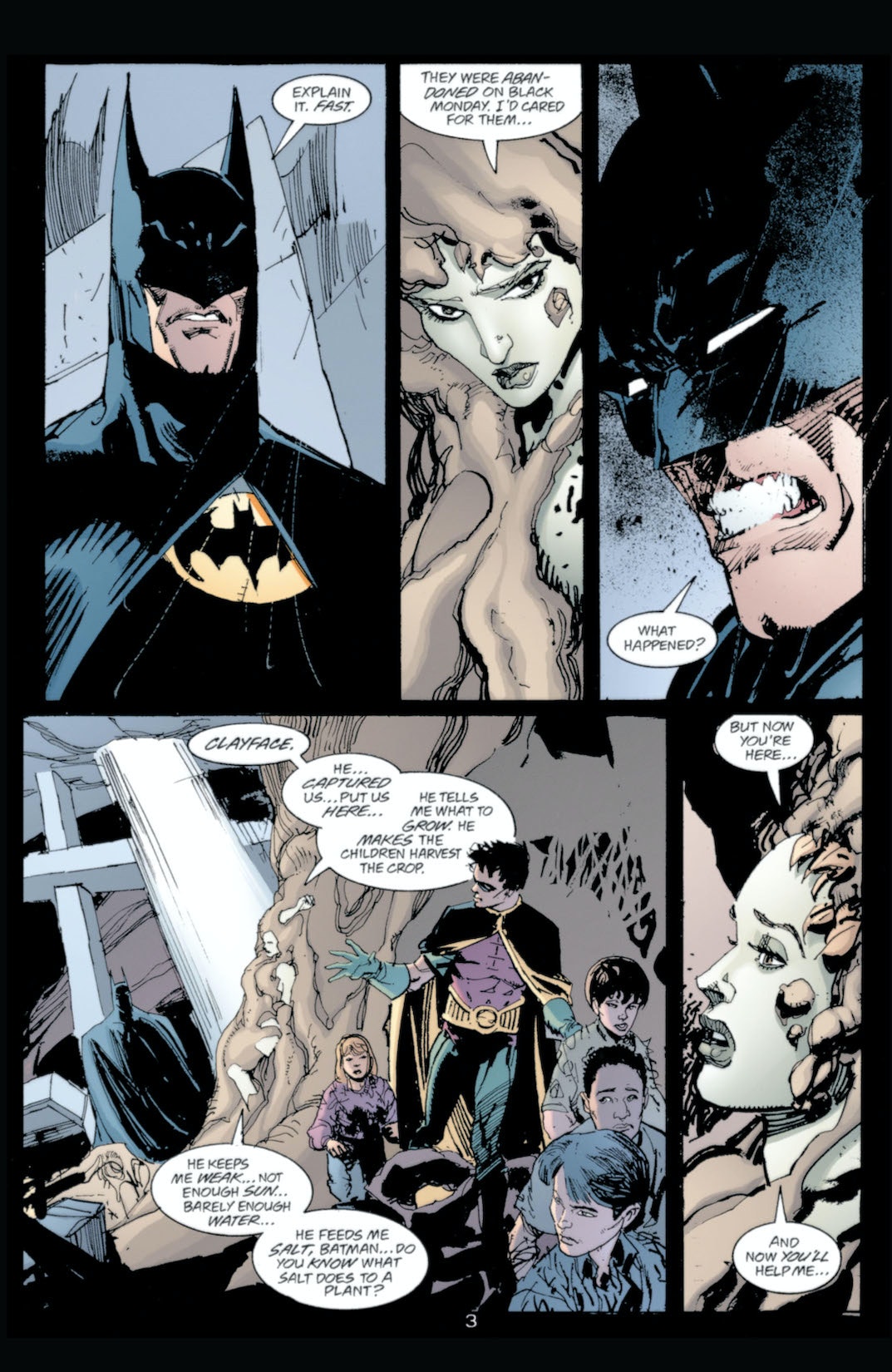 "No Man's Land" part 23 and "Fruit of the Earth" part 2, continued from BATMAN: SHADOW OF THE BAT #88. After battling to enter Robinson Park, Batman and Robin must fight Clayface to free the enslaved Poison Ivy and gain access to a Batcave buried deep within Ivy's paradise. Continued in DETECTIVE COMICS (1937-2011) #735.