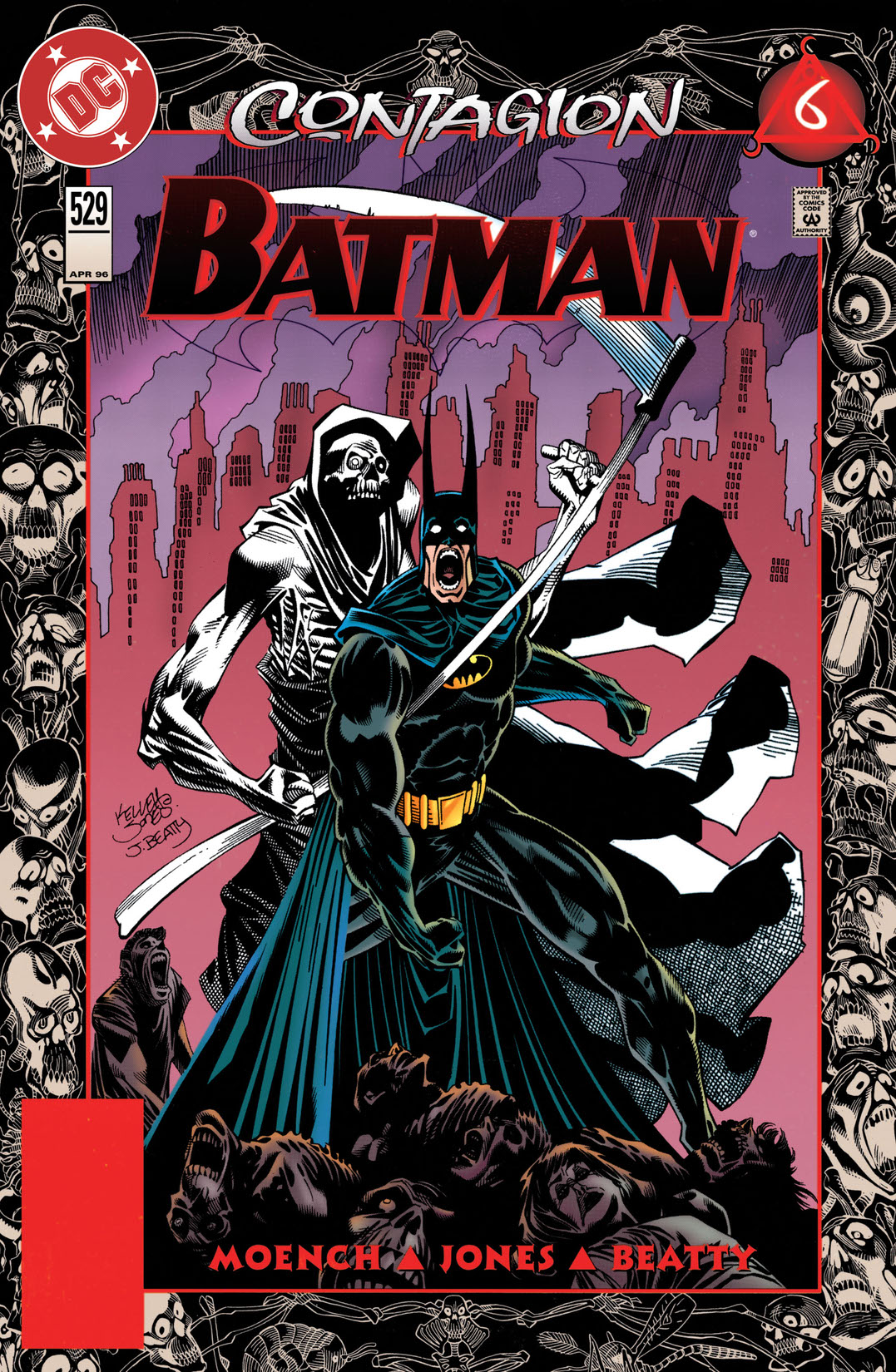 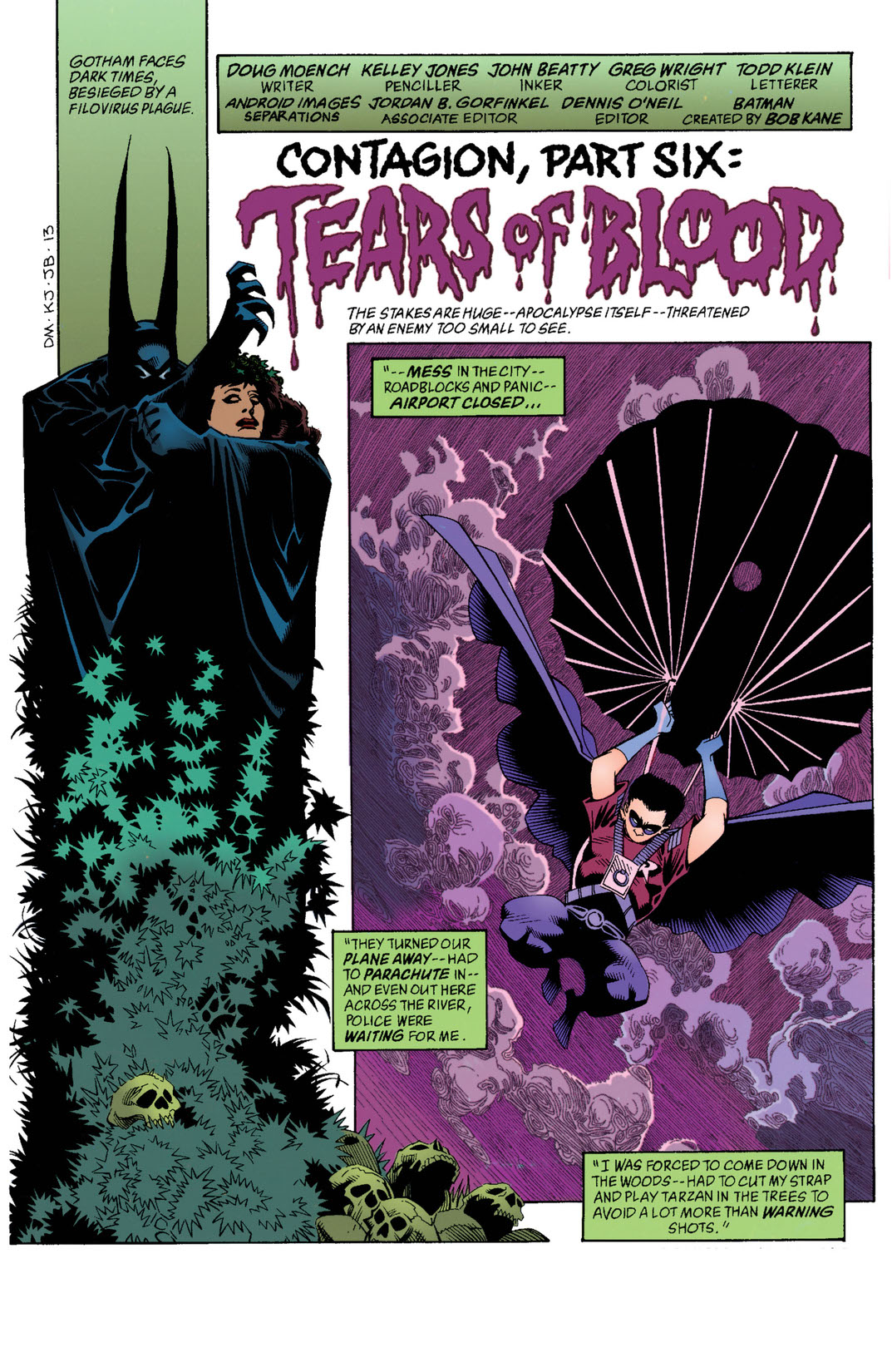 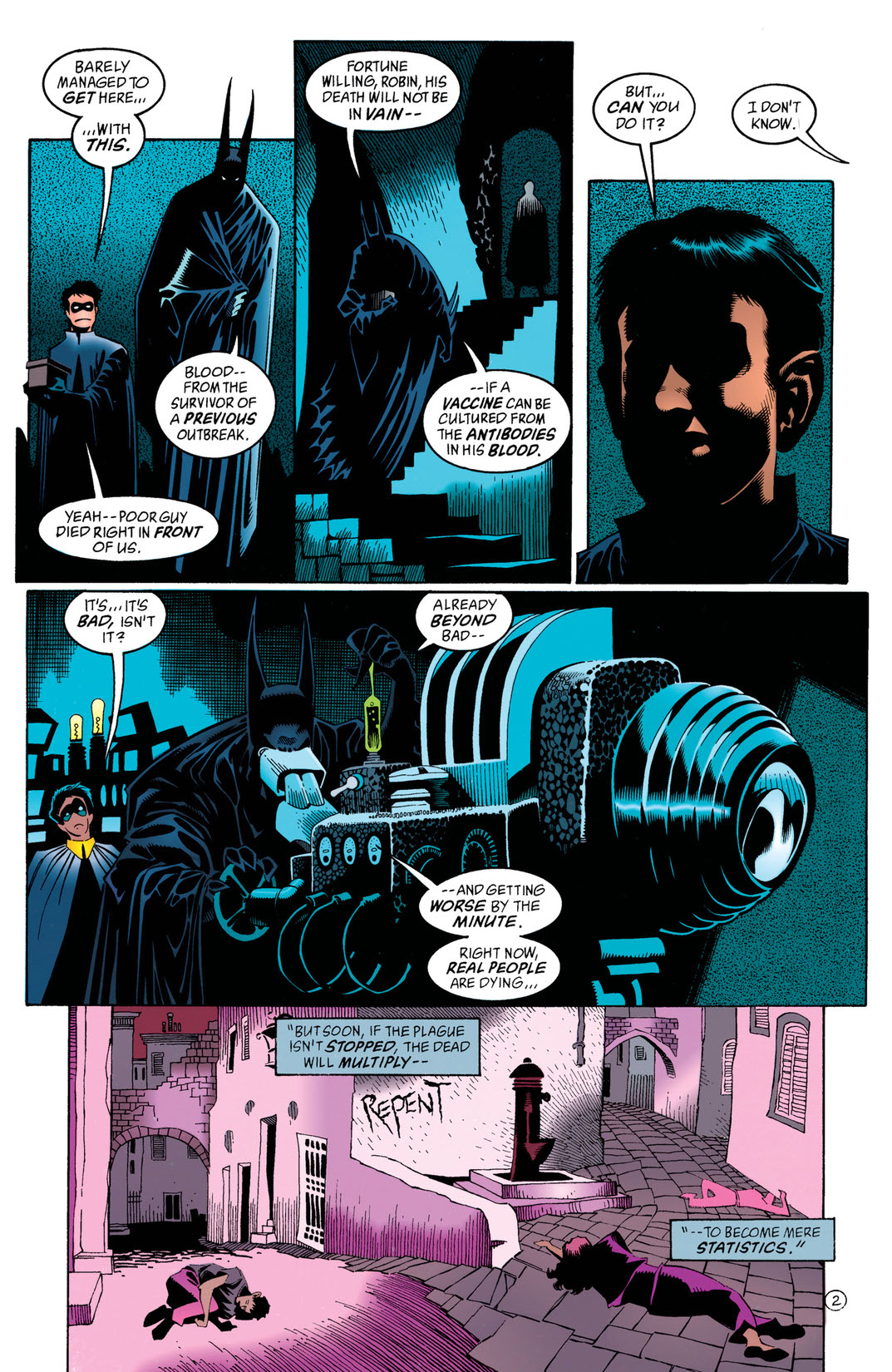 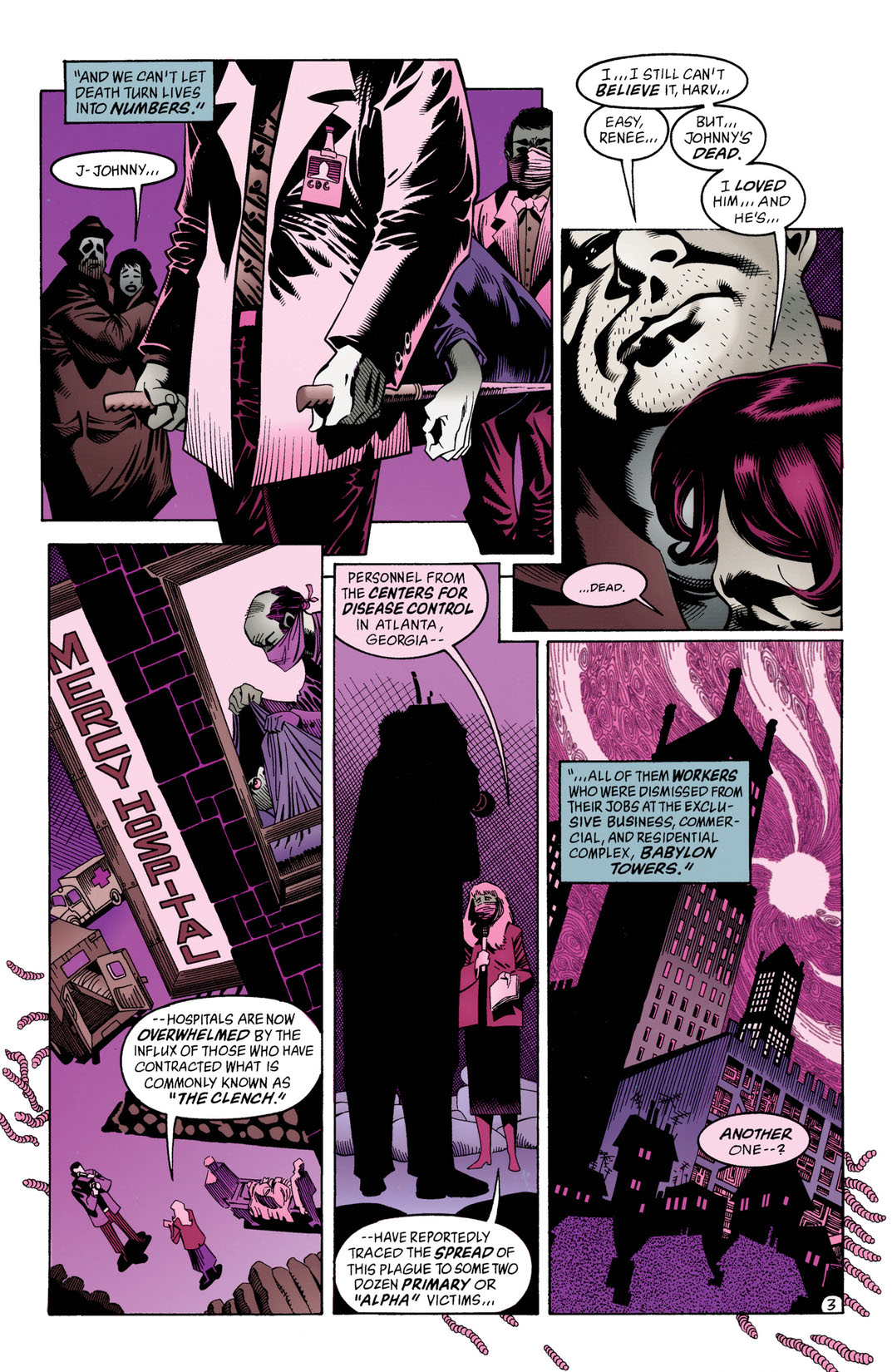 Contagion' part 6, continued from AZRAEL #15. Robin, Nightwing and the Huntress try to suppress rioters as panic over the Clench virus spreads through Gotham City. Meanwhile, Batman's search for a cure leads him to Arkham Asylum! Continued in BATMAN: SHADOW OF THE BAT #49.