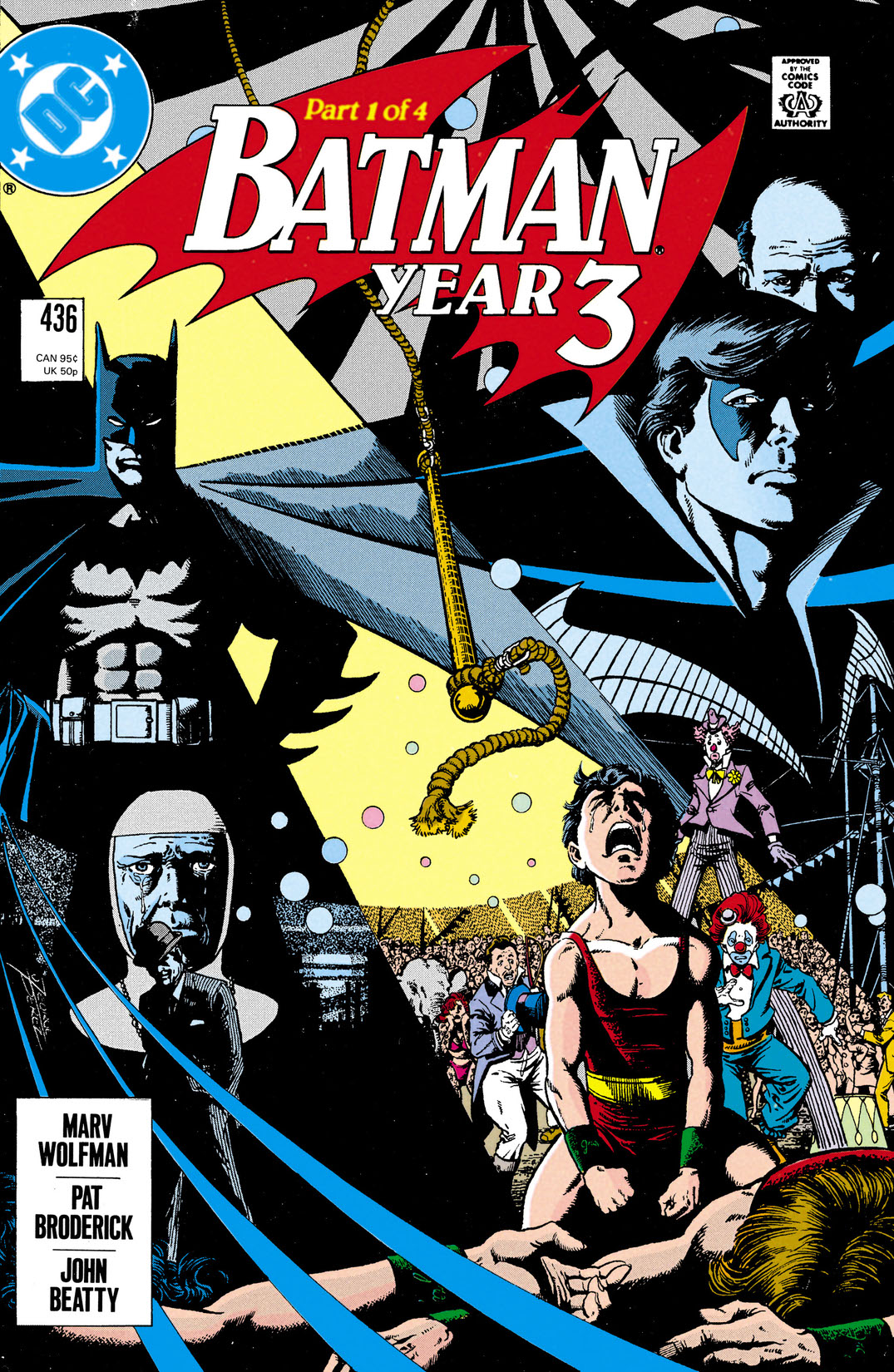 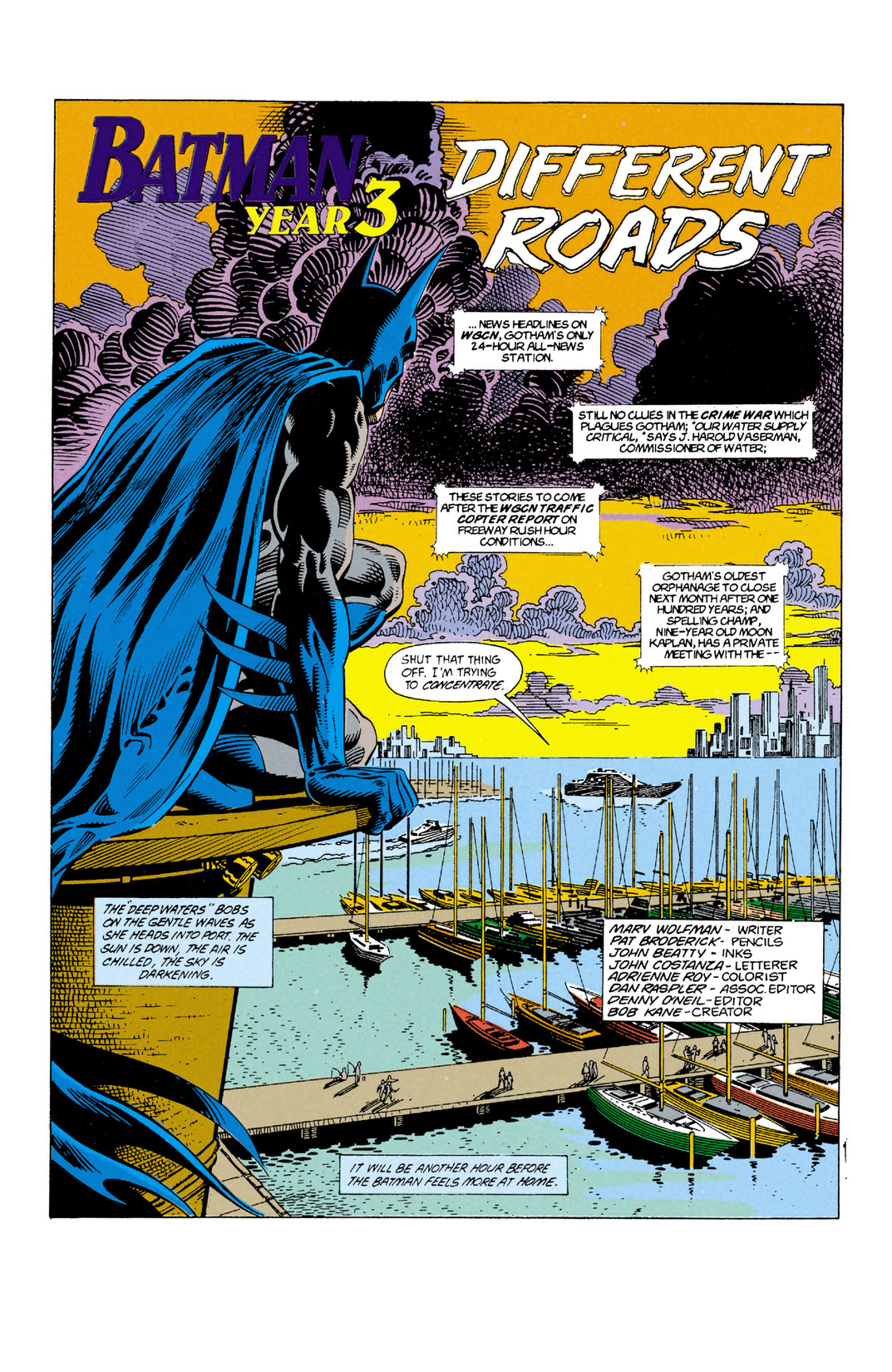 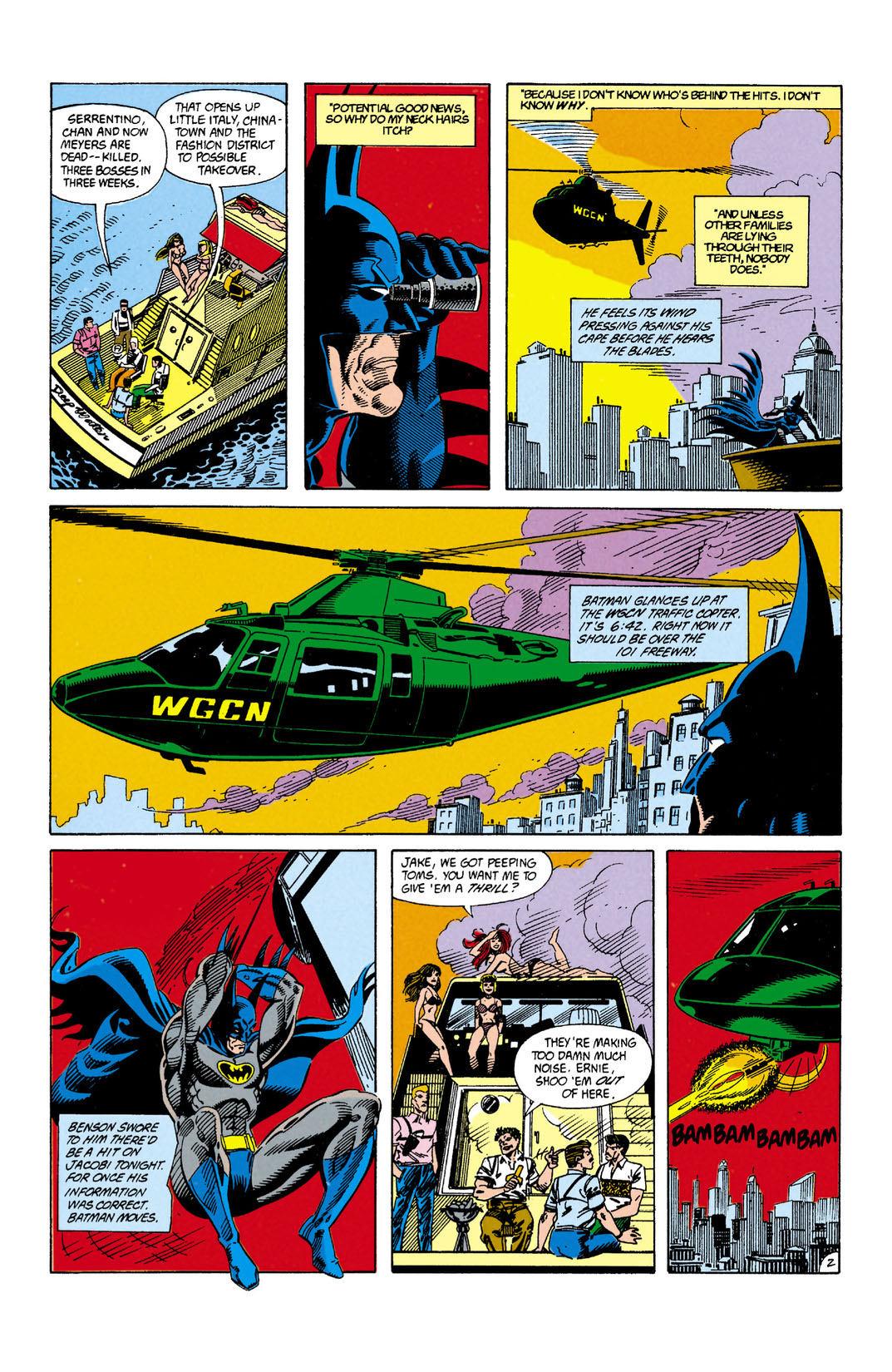 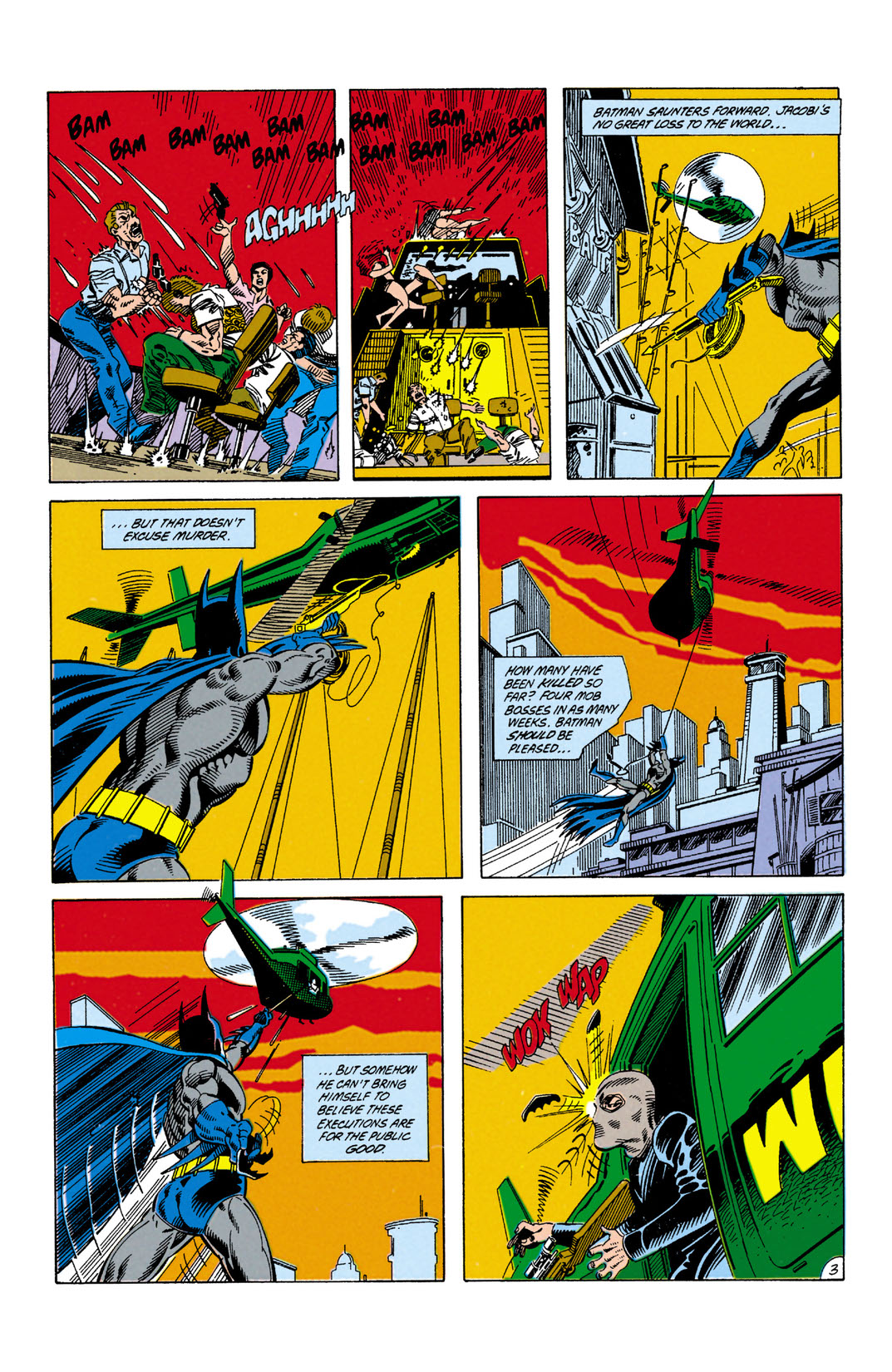 Batman: Year Three' part 1, featuring the first appearance of Tim Drake. As Batman investigates the murder of multiple mob bosses, Dick Grayson returns to Wayne Manor for the first time in two years—just in time for the parole hearing of Tony Zucco, the man responsible for the death of his parents!