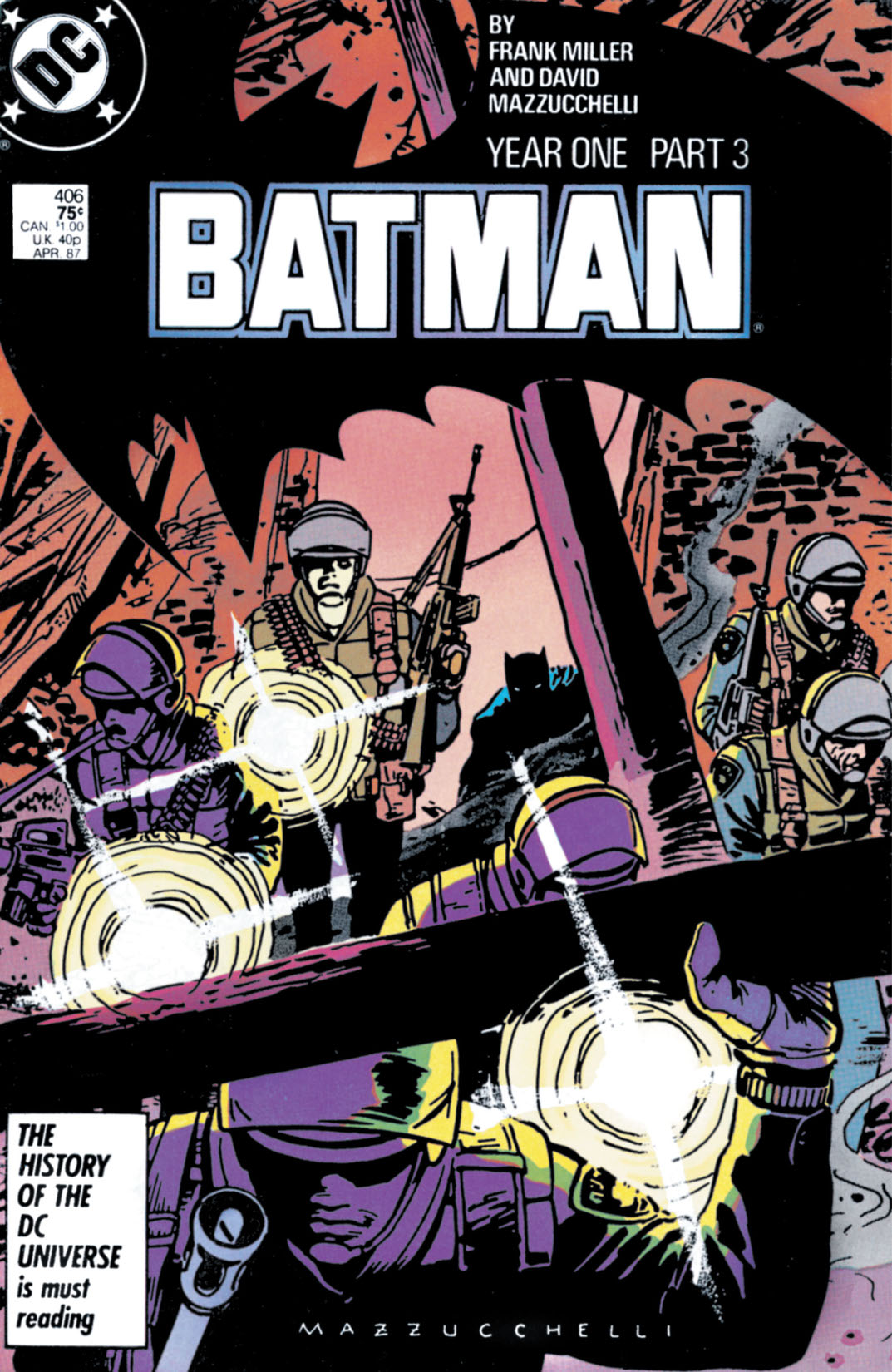 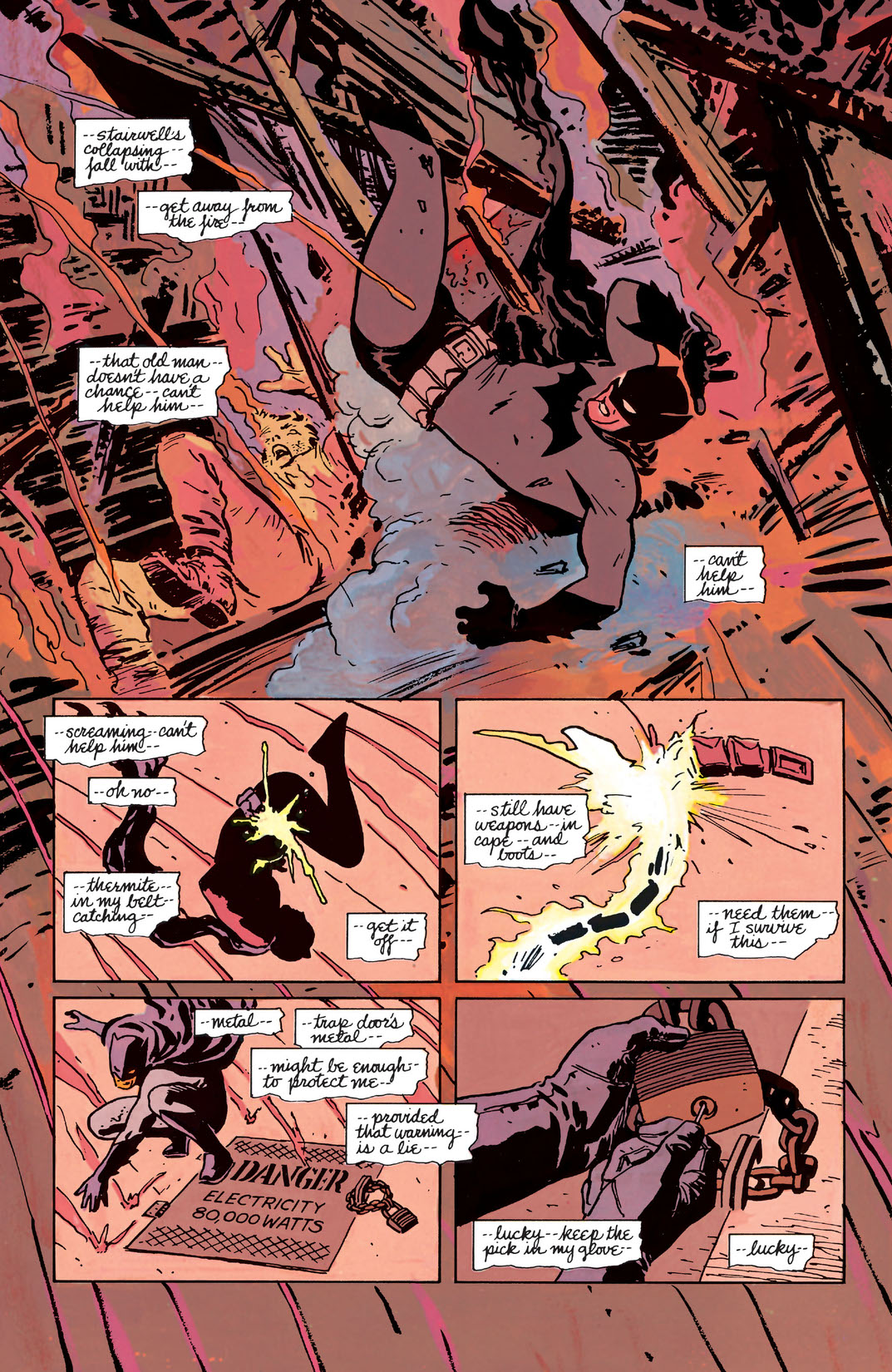 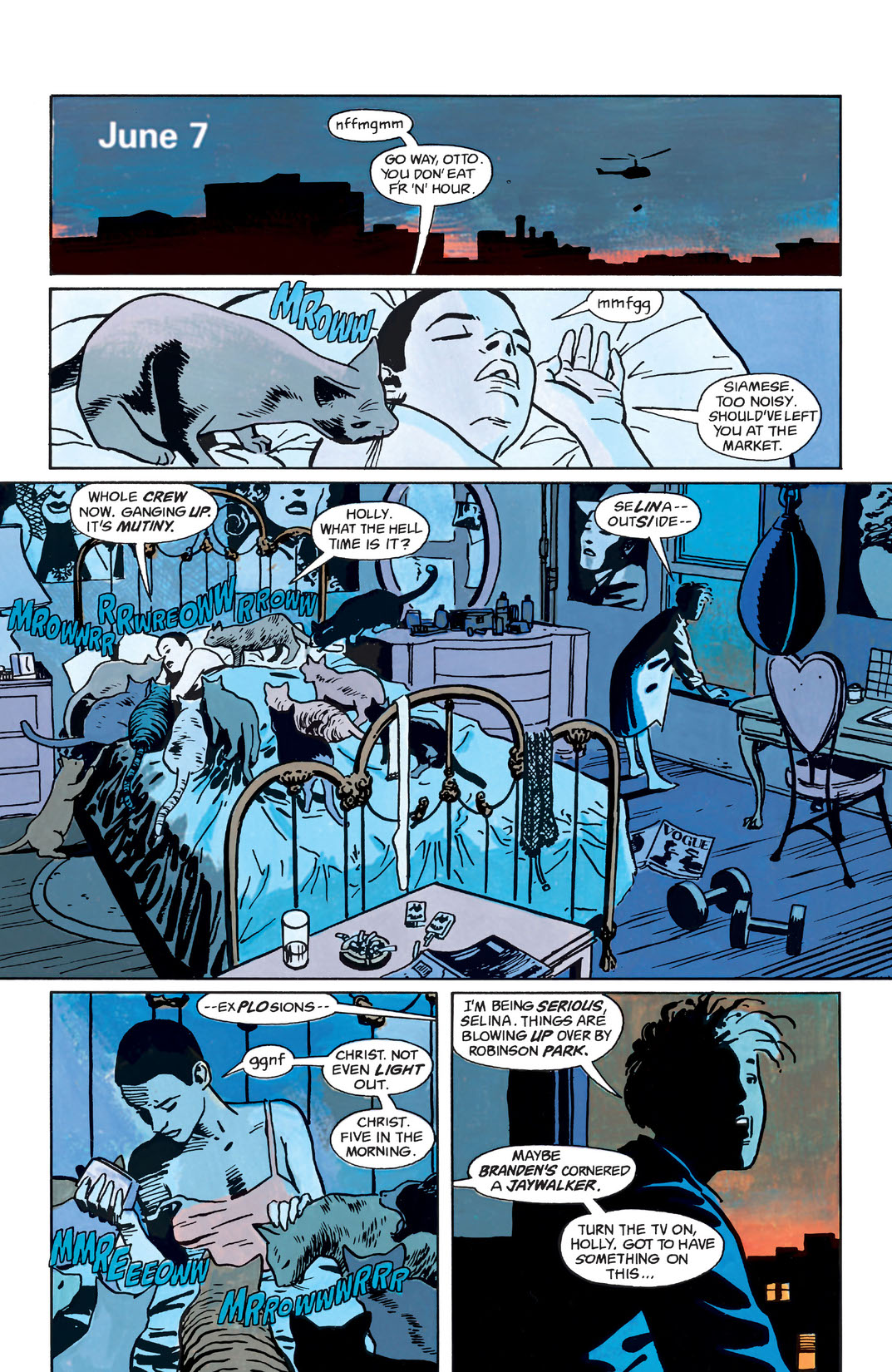 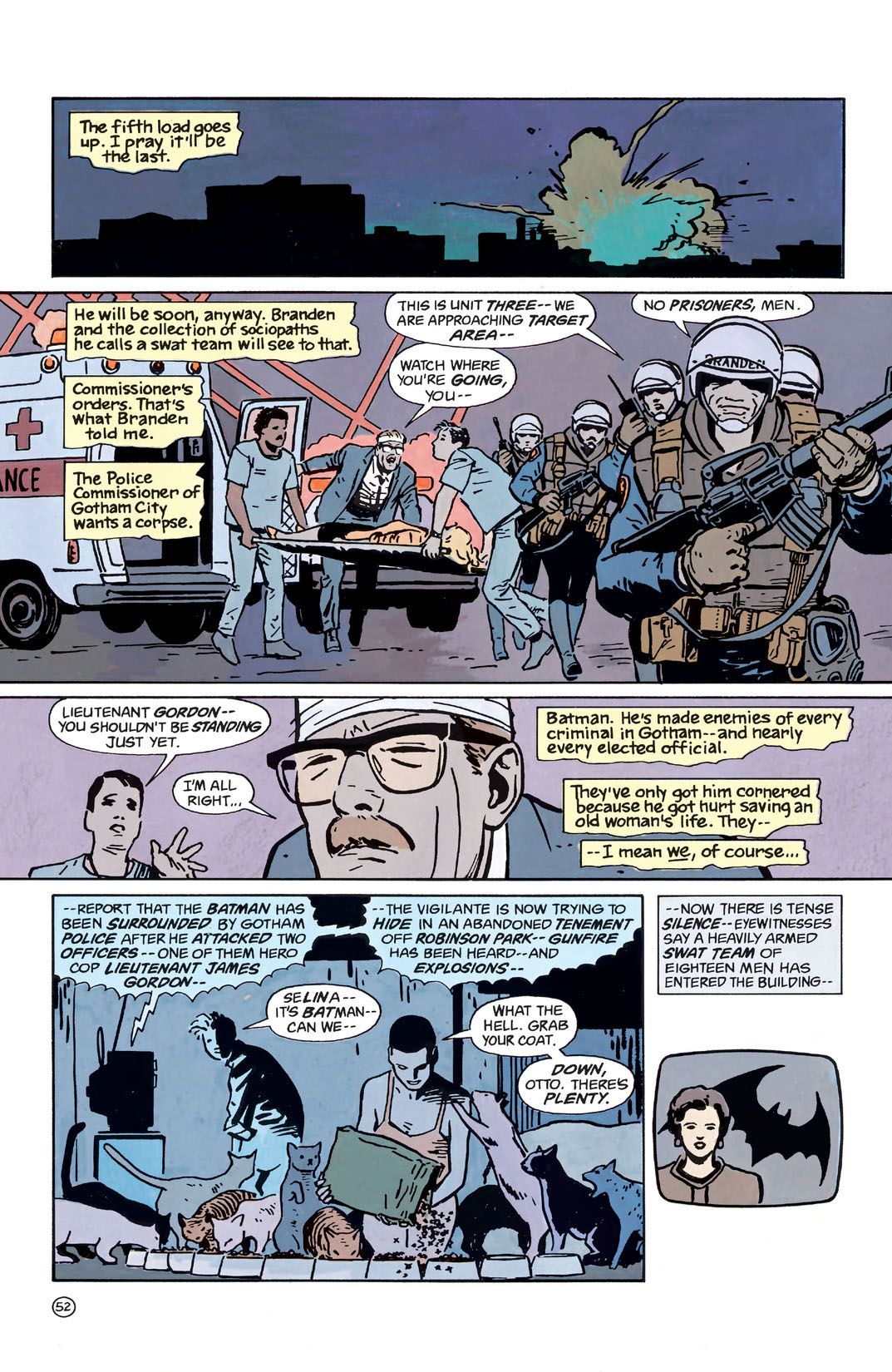 Year One, Part 3: Black Dawn. Batman's nailed down by the Gotham City police in a crumbling building with nowhere to run! It'll take his arsenal of skills to get out of this one while proving he's on the side of justice—but how can he, when they're gunning so heavily for him? Plus, Catwoman debuts in part three of "BATMAN: YEAR ONE"!