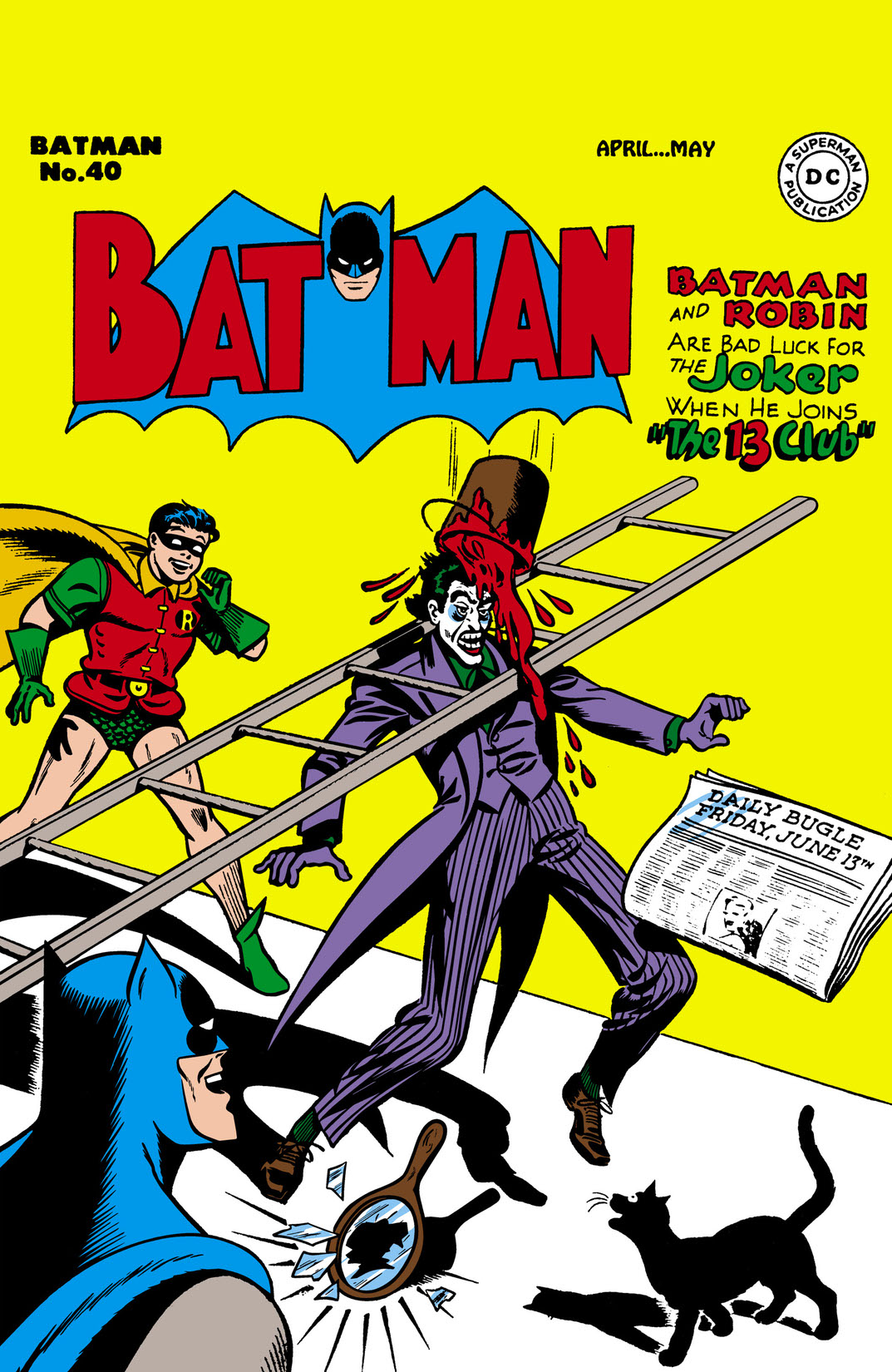 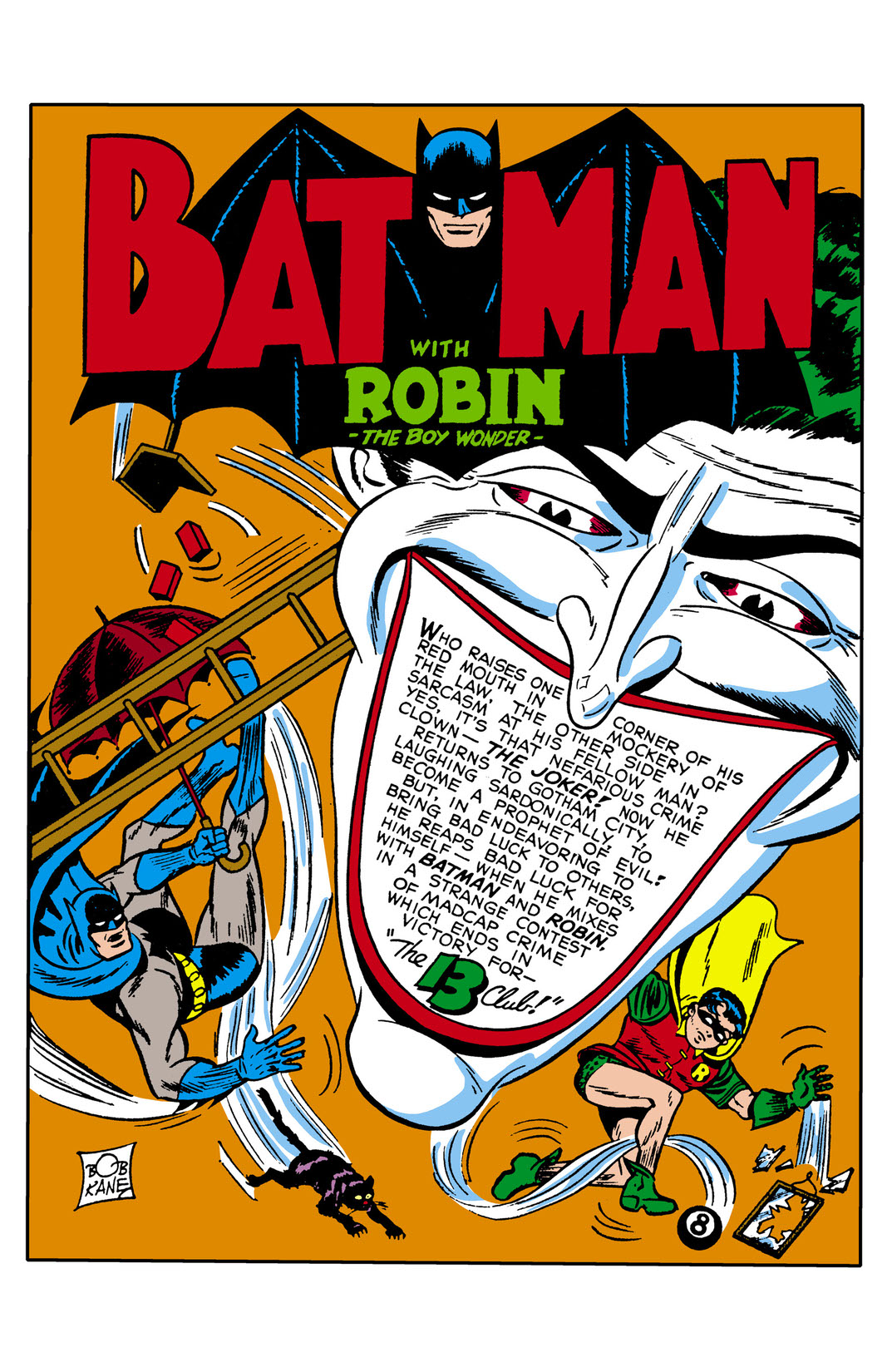 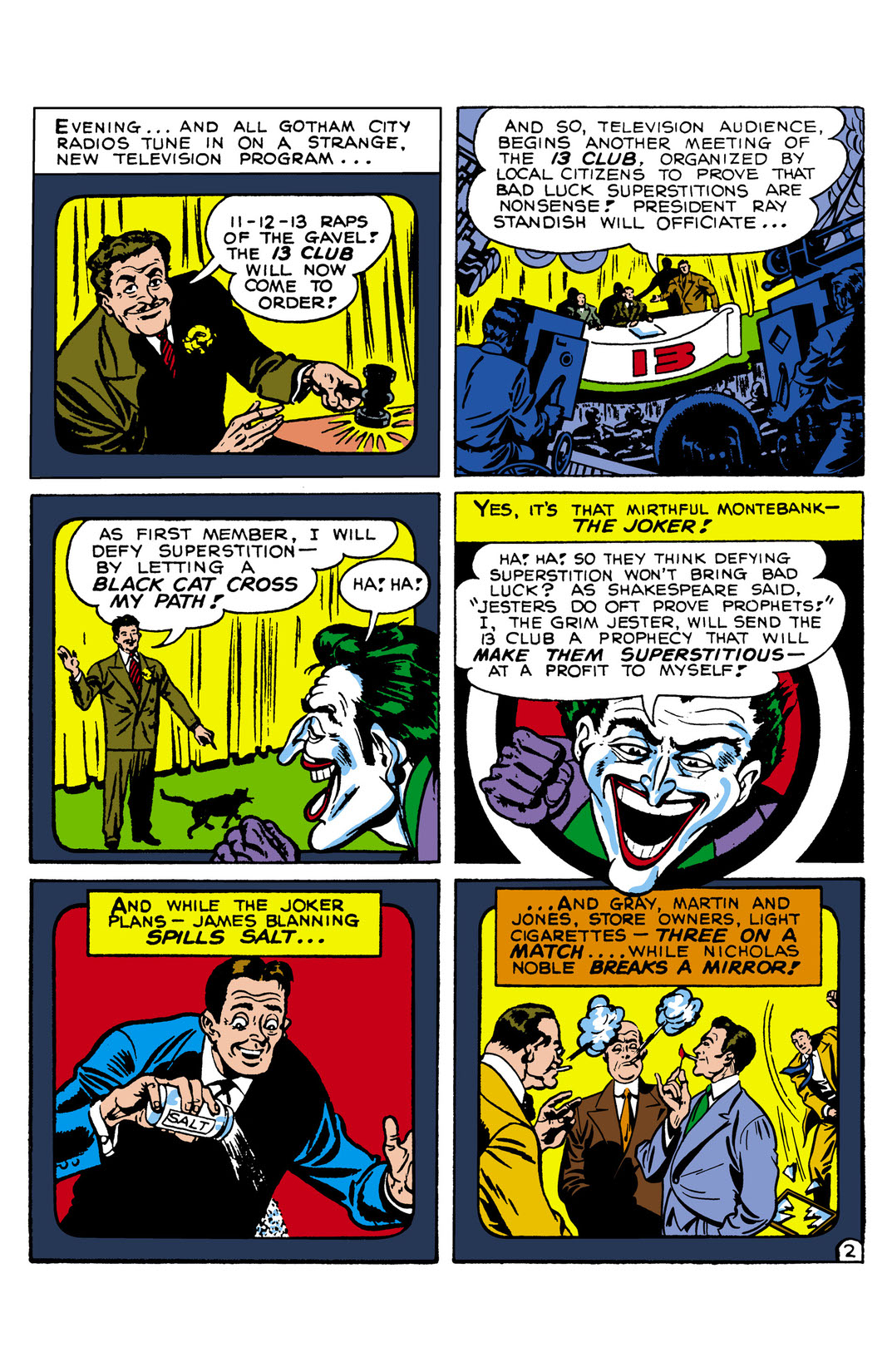 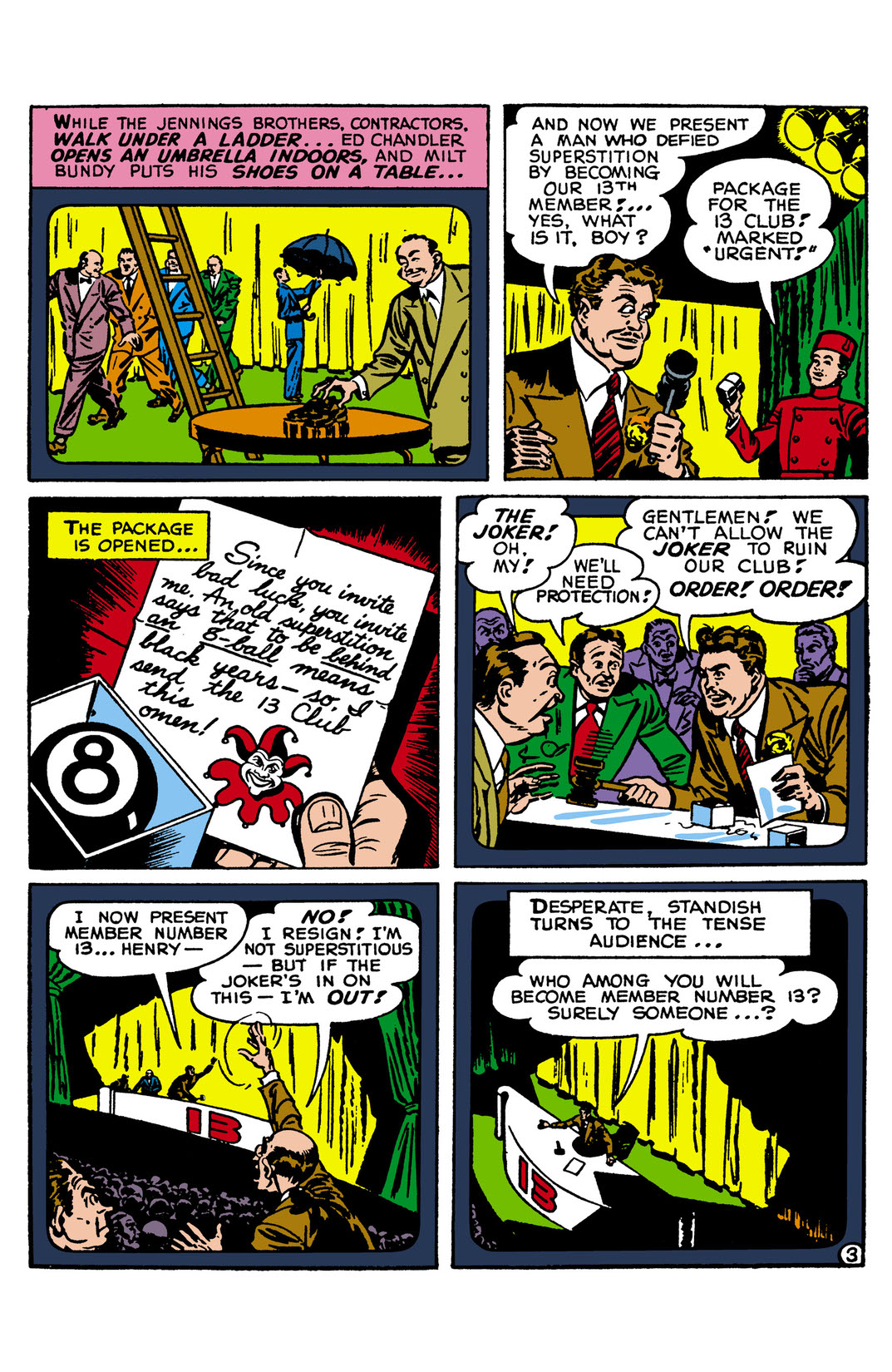 “THE 13 CLUB!” When a popular television program starts debunking common superstitions, The Joker decides to prove them wrong by committing a crime spree based on those same superstitions!