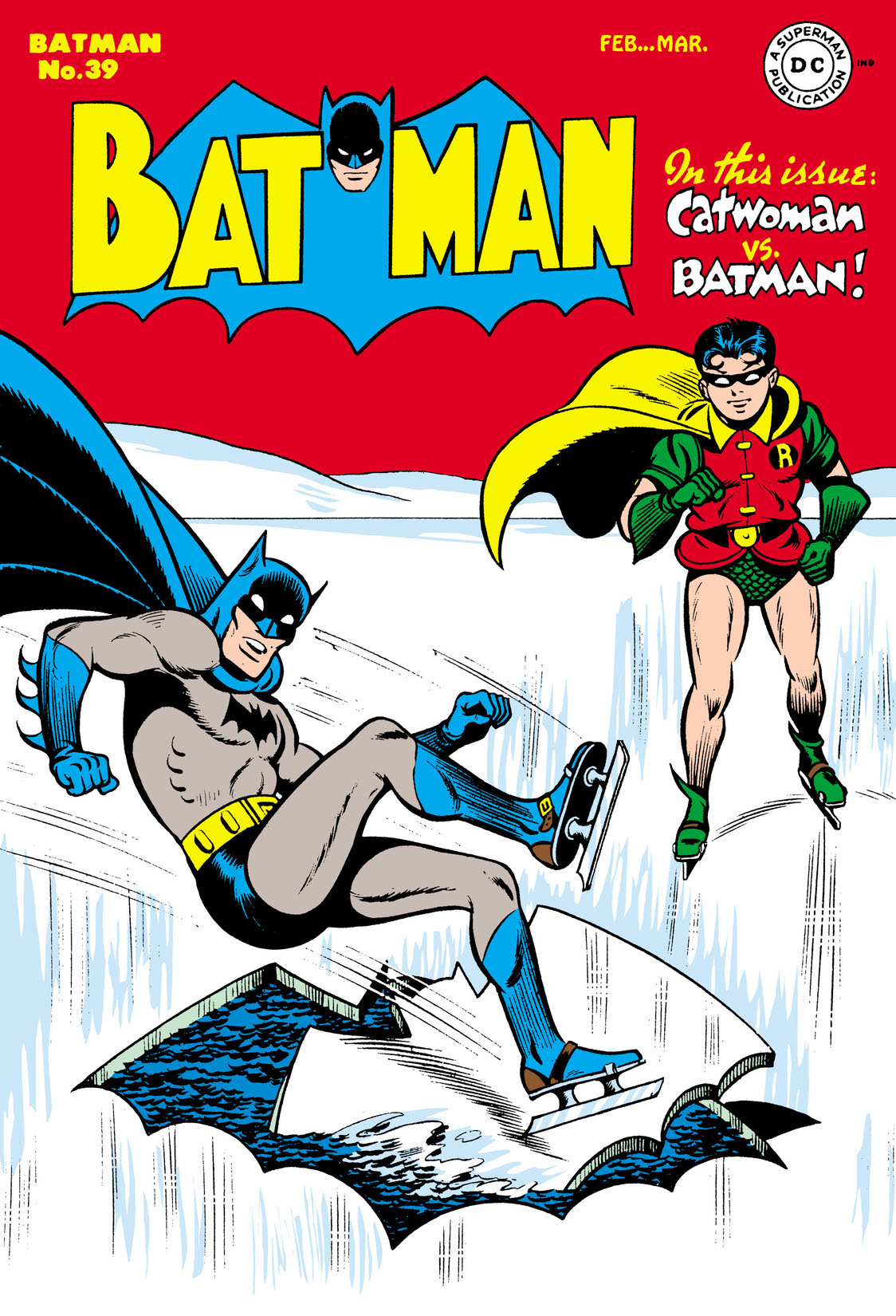 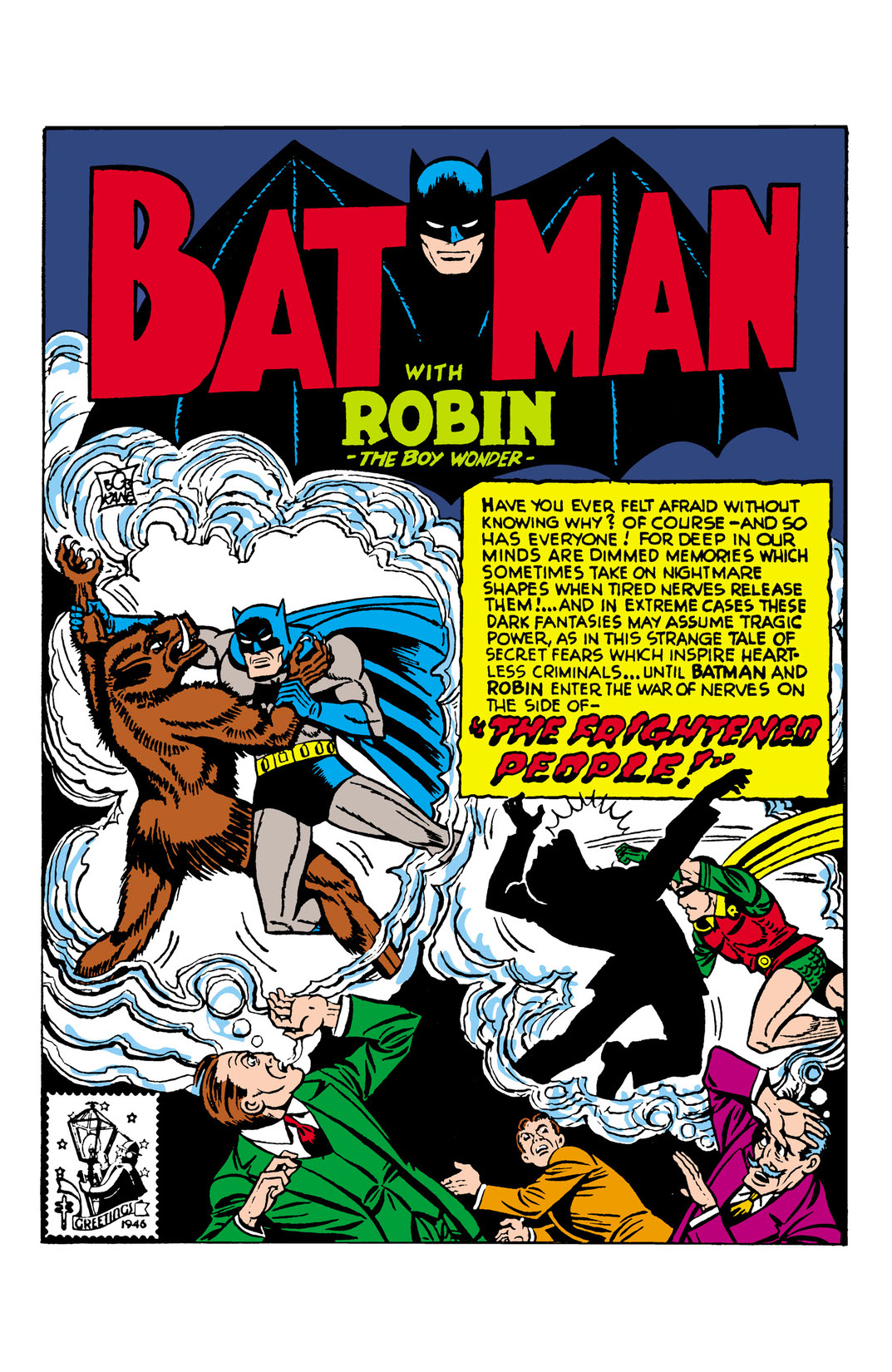 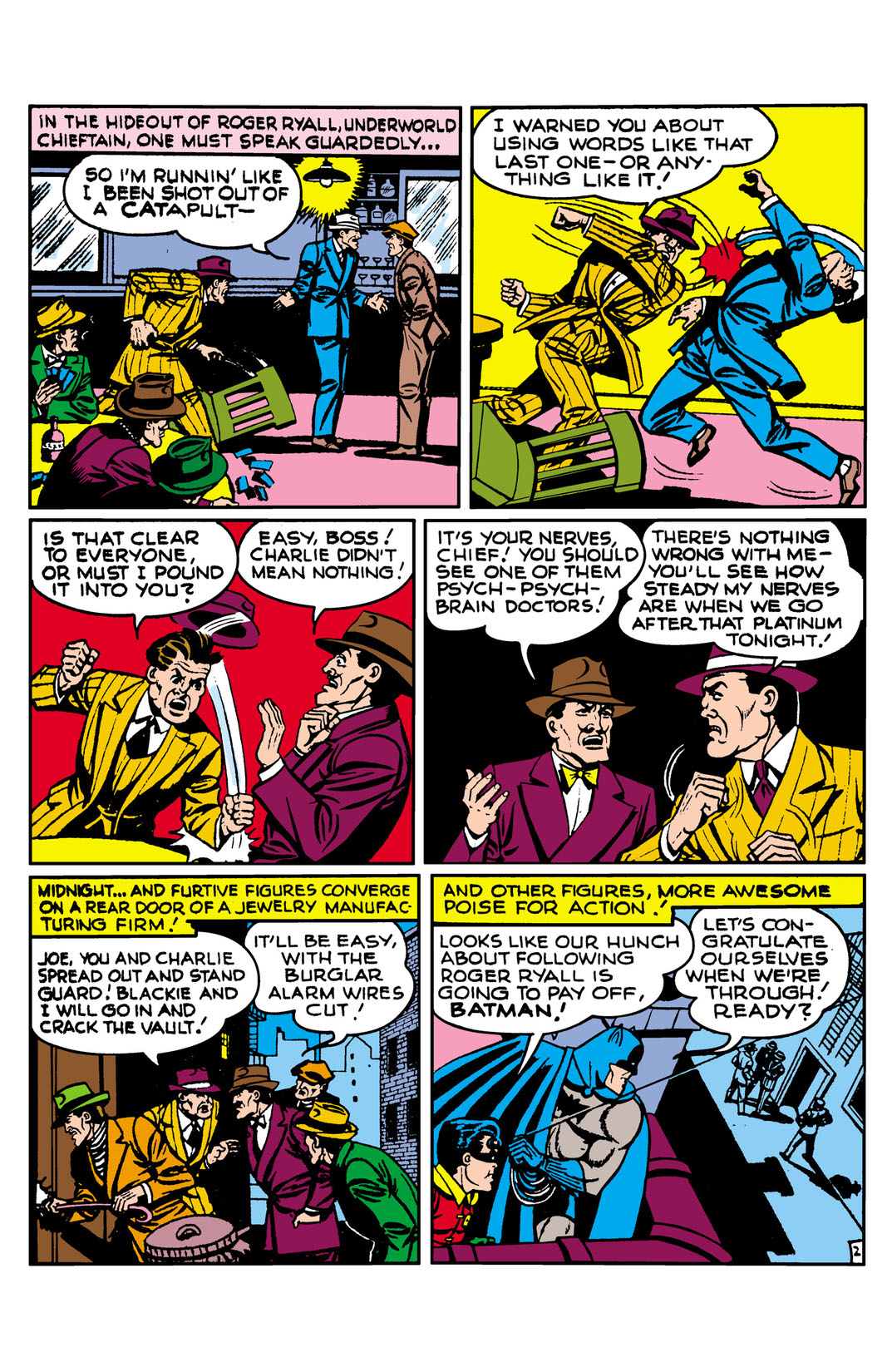 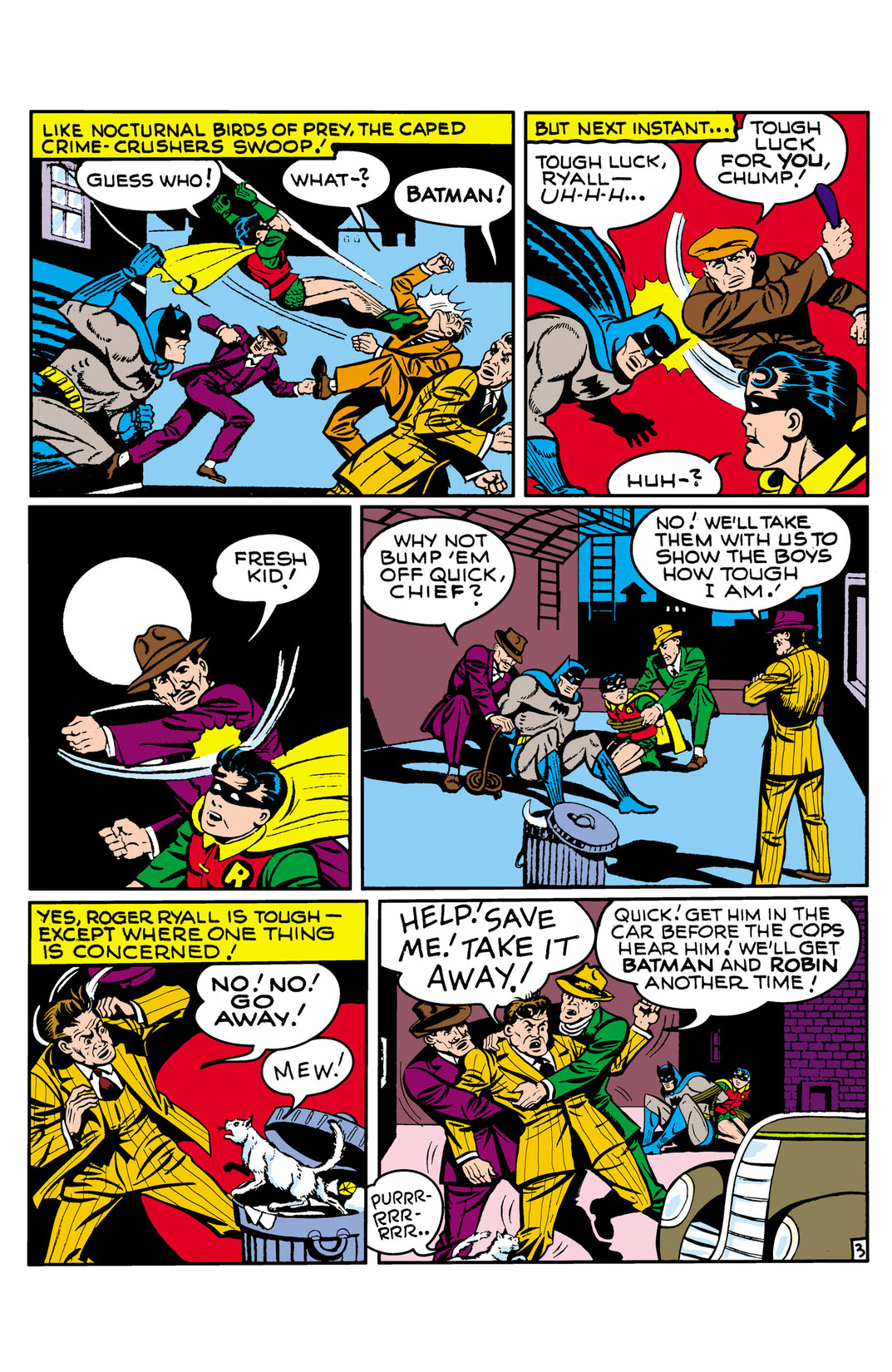 “THE FRIGHTENED PEOPLE!” Batman and Robin investigate a crime spree in which people are being robbed by a gang of thugs using their worst fears against them!