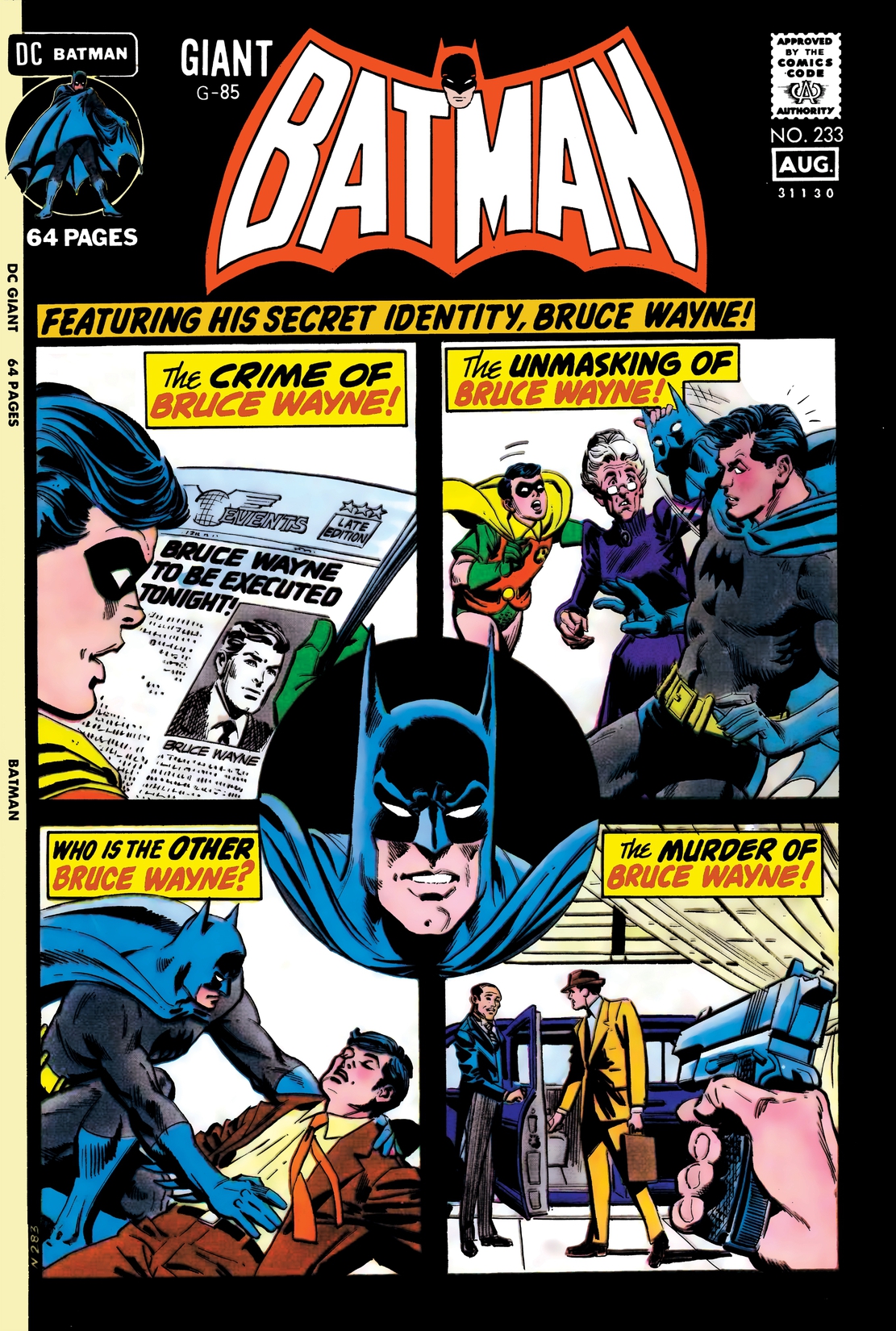 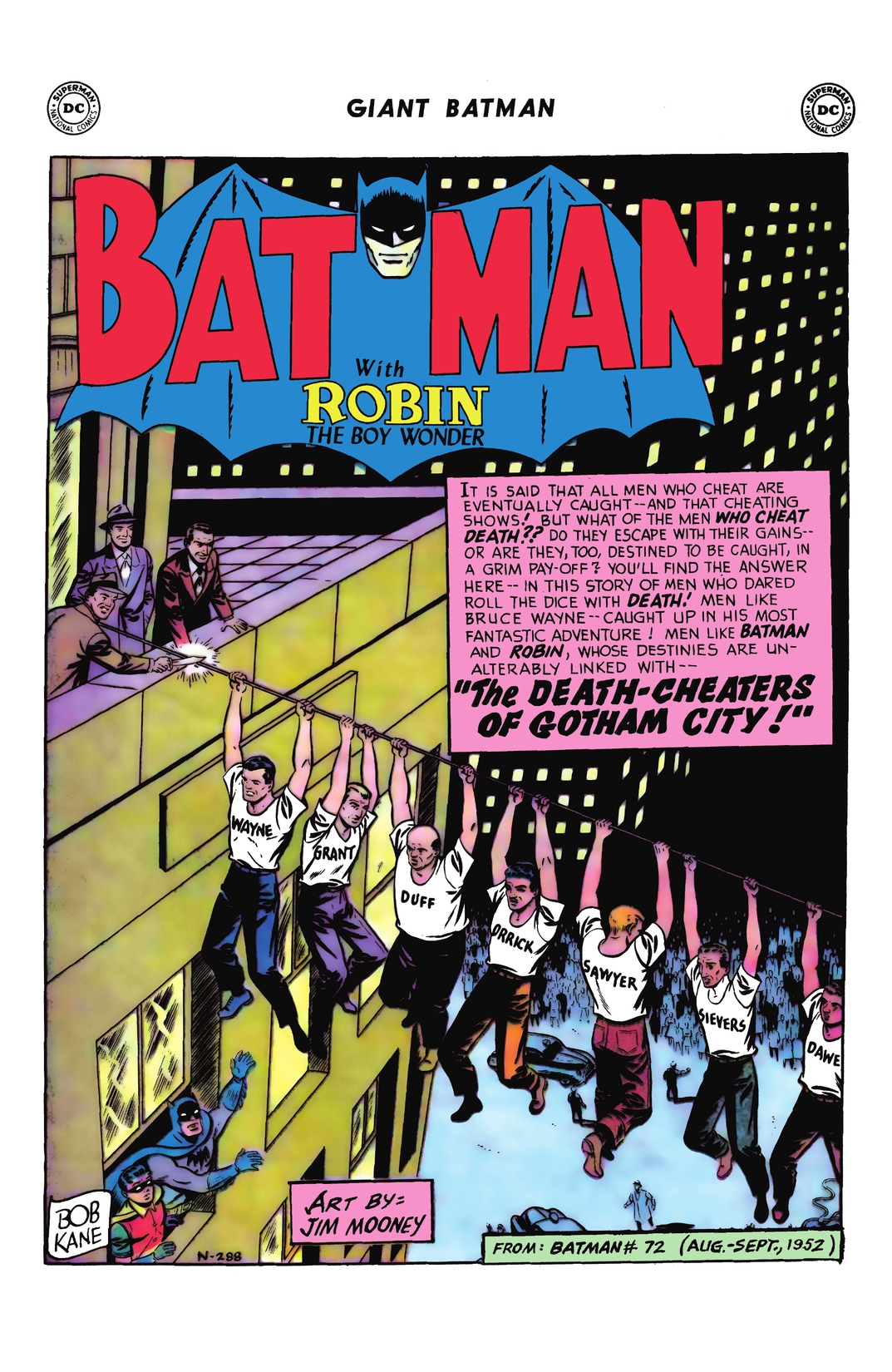 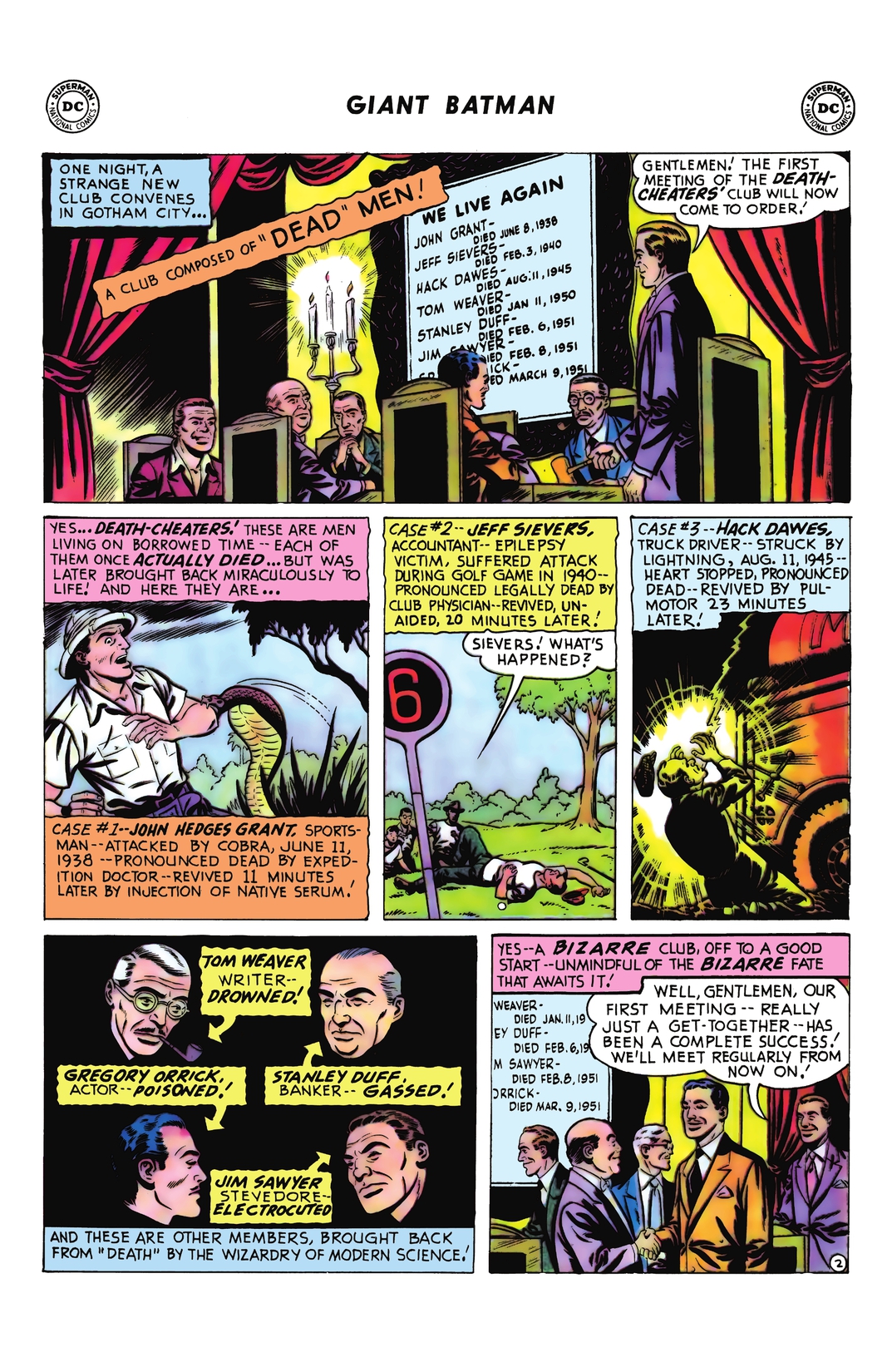 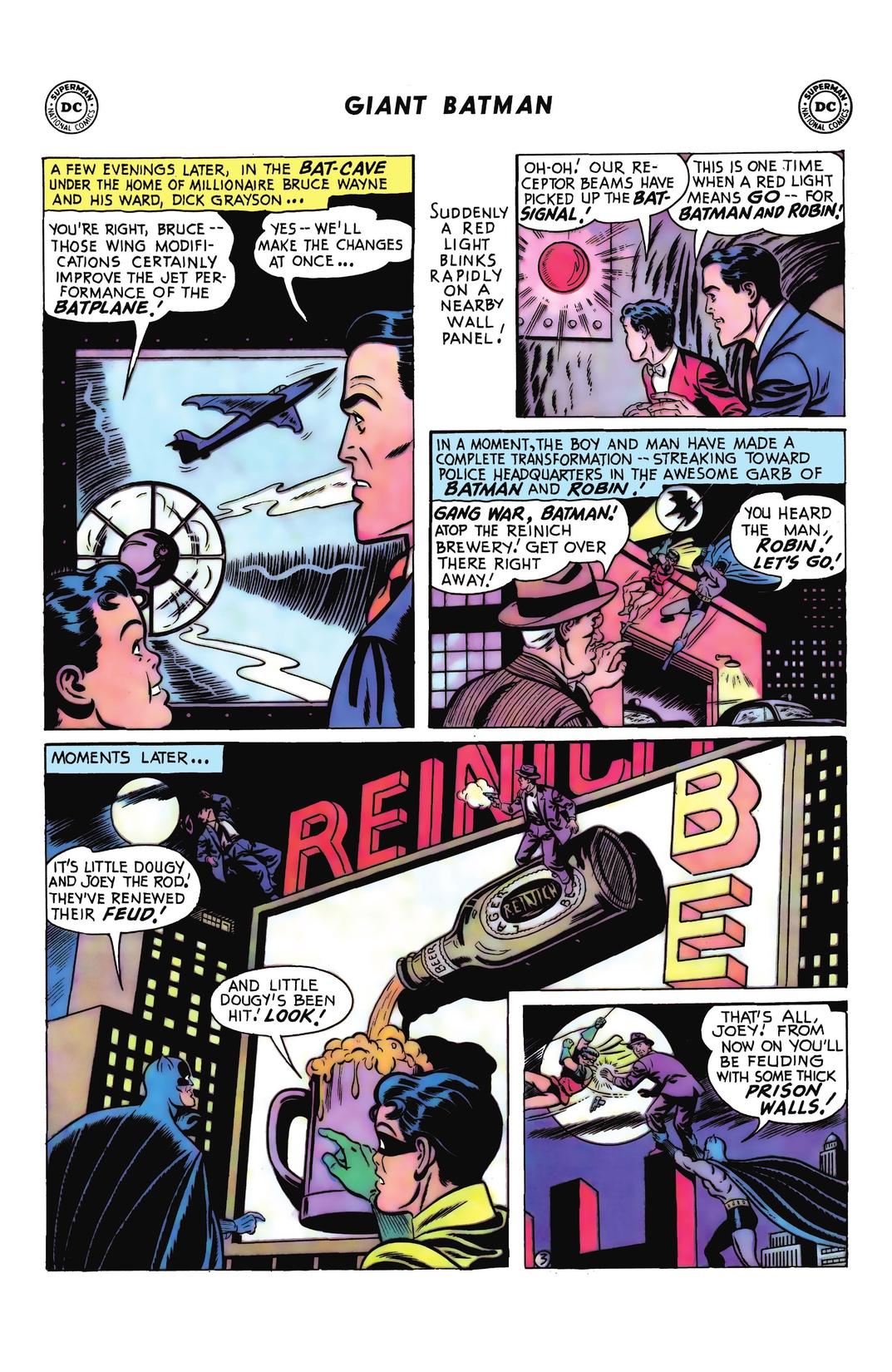 A giant-size issue reprinting five exciting stories from Batman’s past that focus on his secret identity of Bruce Wayne. This issue includes: “The Death-Cheaters of Gotham City!”; “The Other Bruce Wayne”; “The Murder of Bruce Wayne!”; “Bruce Wayne’s Aunt Agatha!”; and “The Crime of Bruce Wayne.”