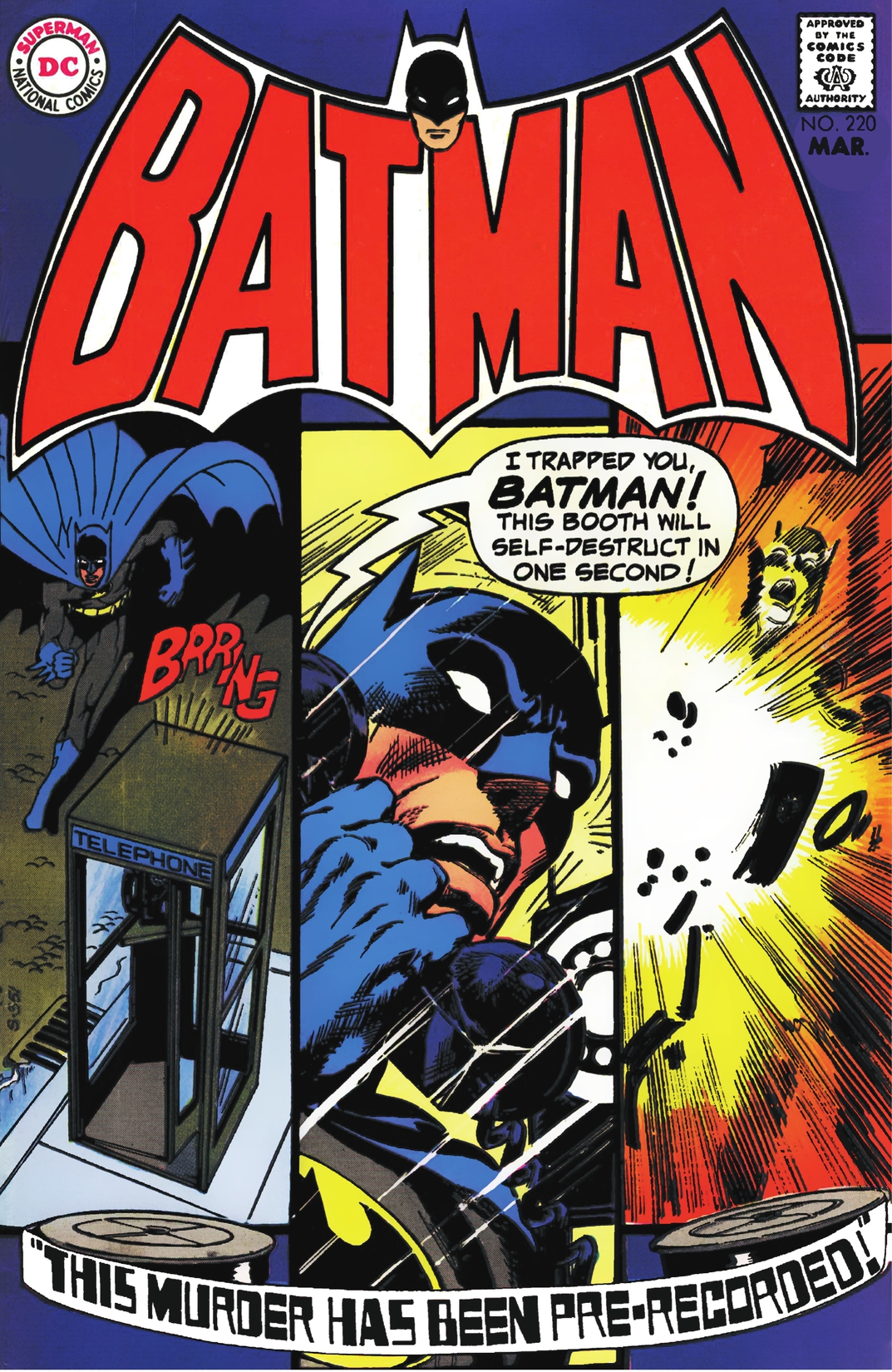 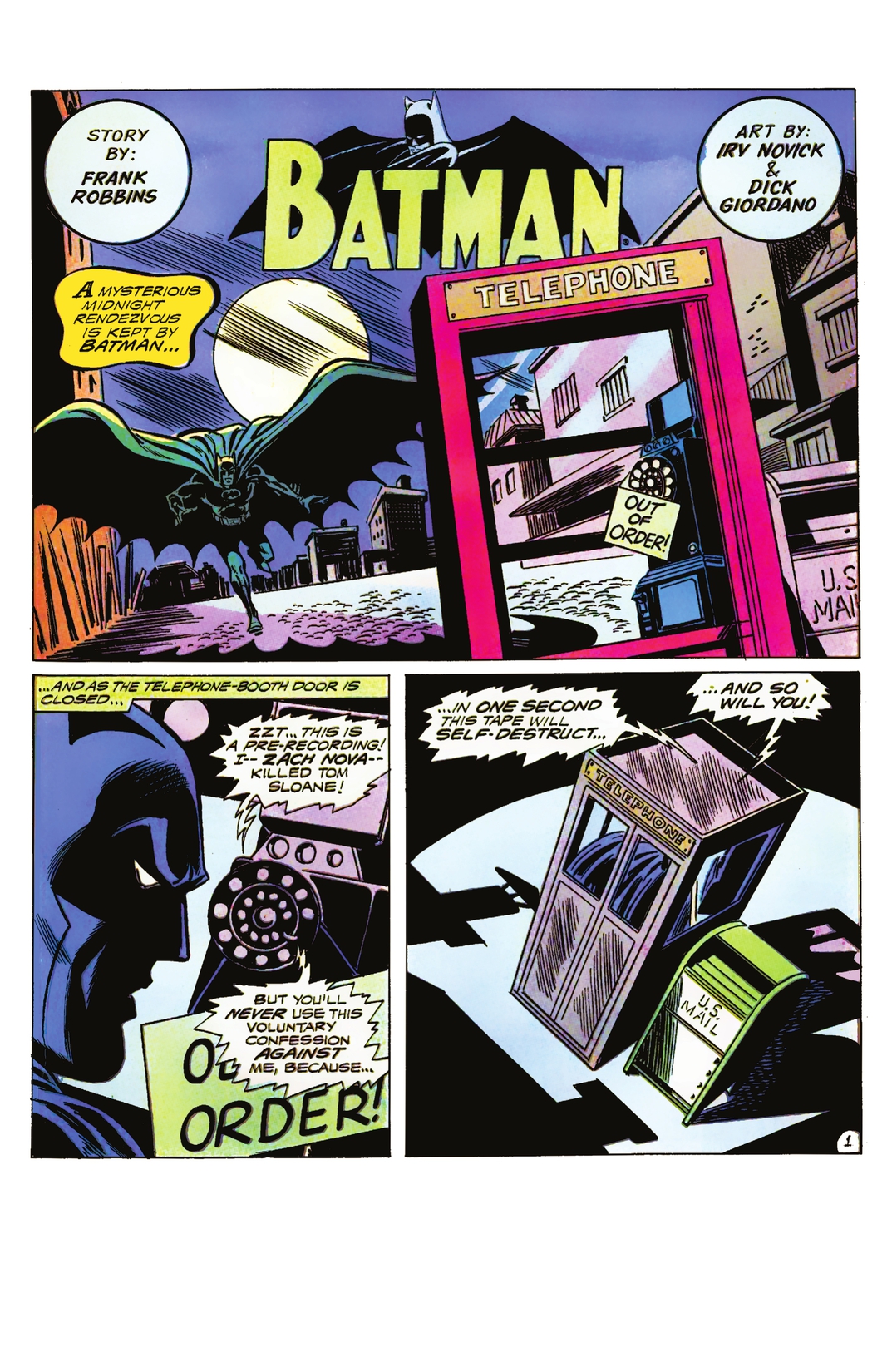 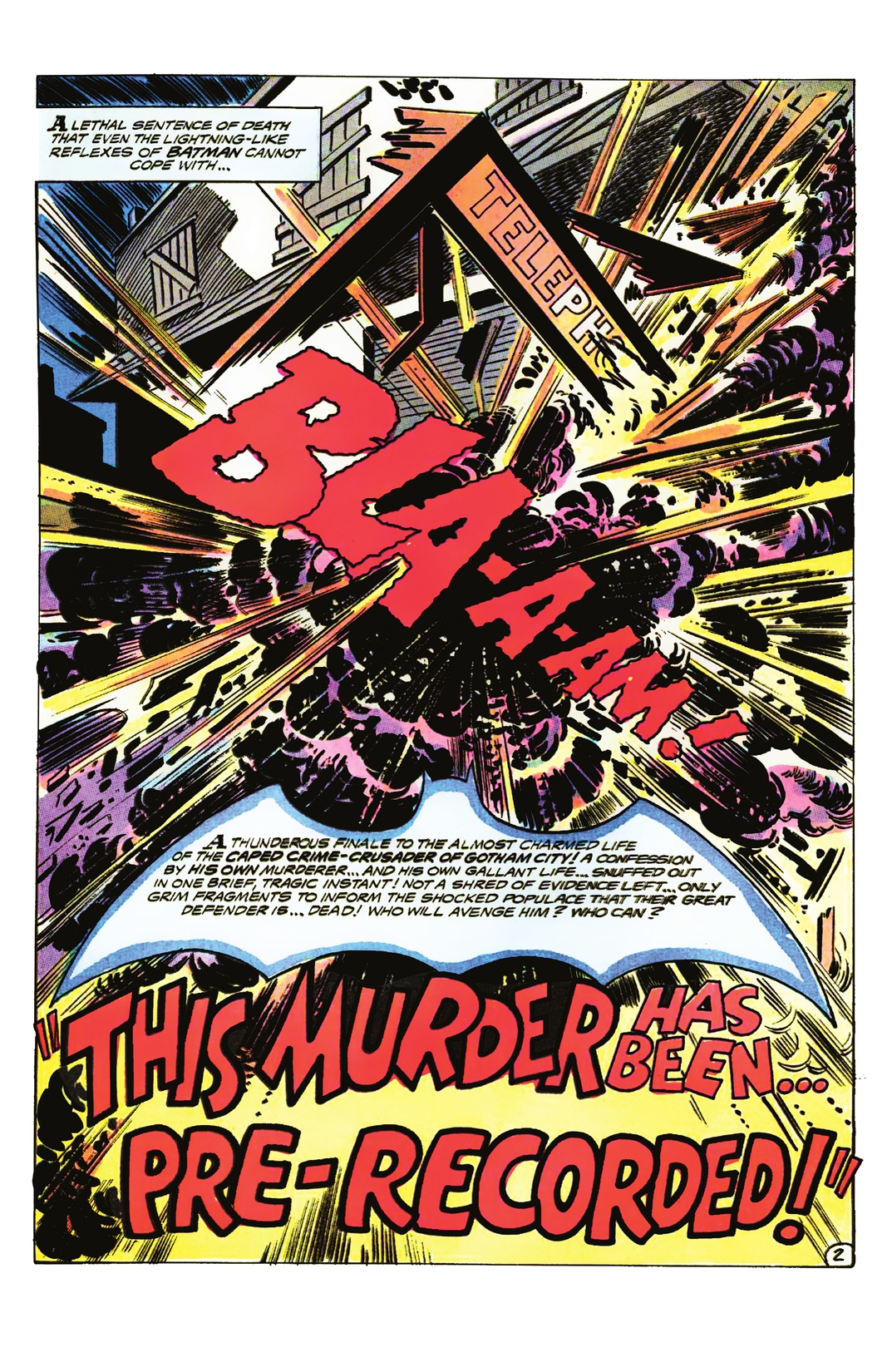 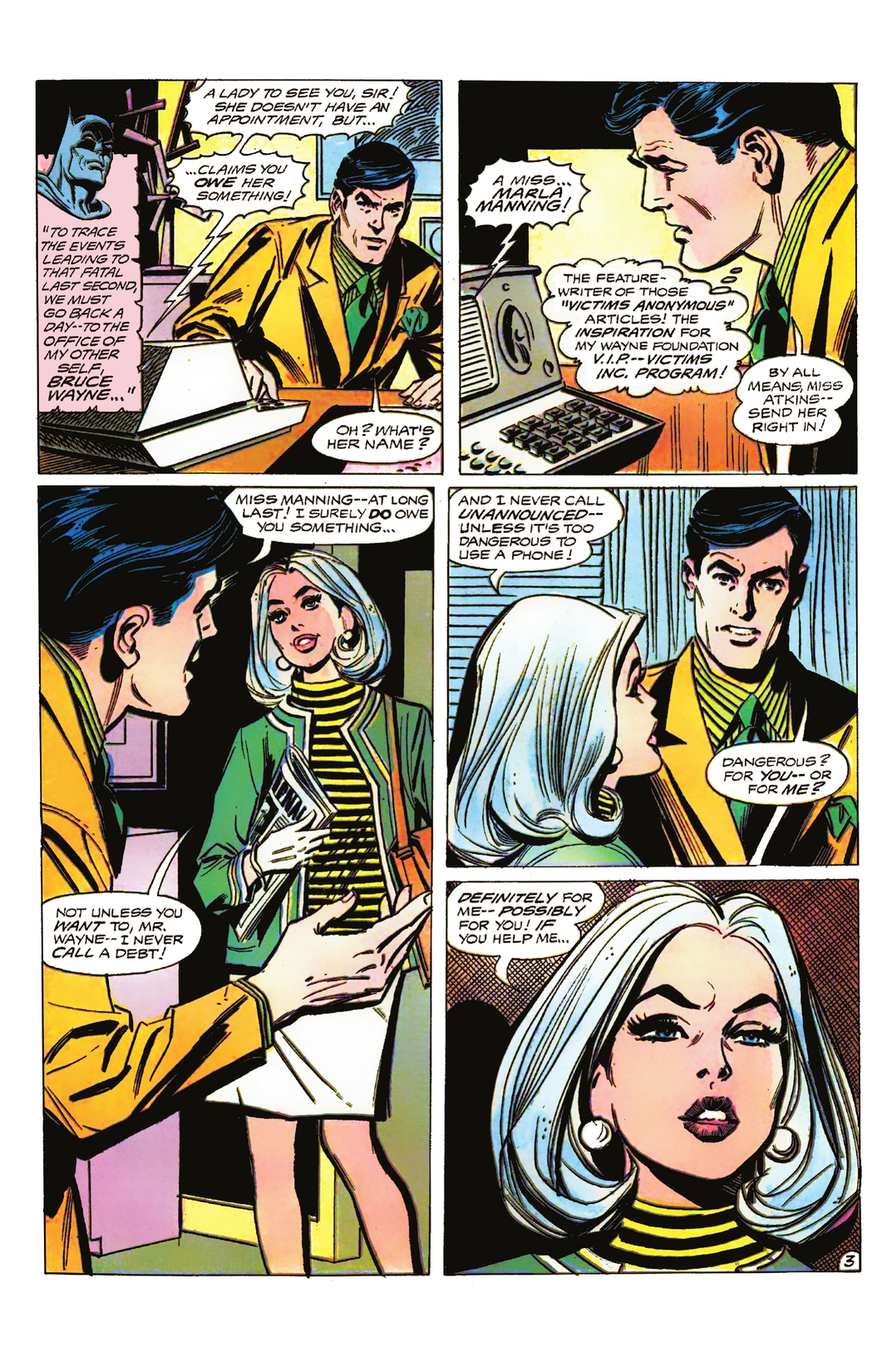 A thunderous finale to the almost-charmed life of the Caped Crime-Fighter of Gotham City! A confession by his own murderer…and his own gallant life…snuffed out in one brief, tragic instant! Not a shred of evidence left…only grim fragments to inform the shocked populace that their great defender is…dead! Who will avenge him? Who can? Find out in “This Murder Has Been...Pre-recorded!”