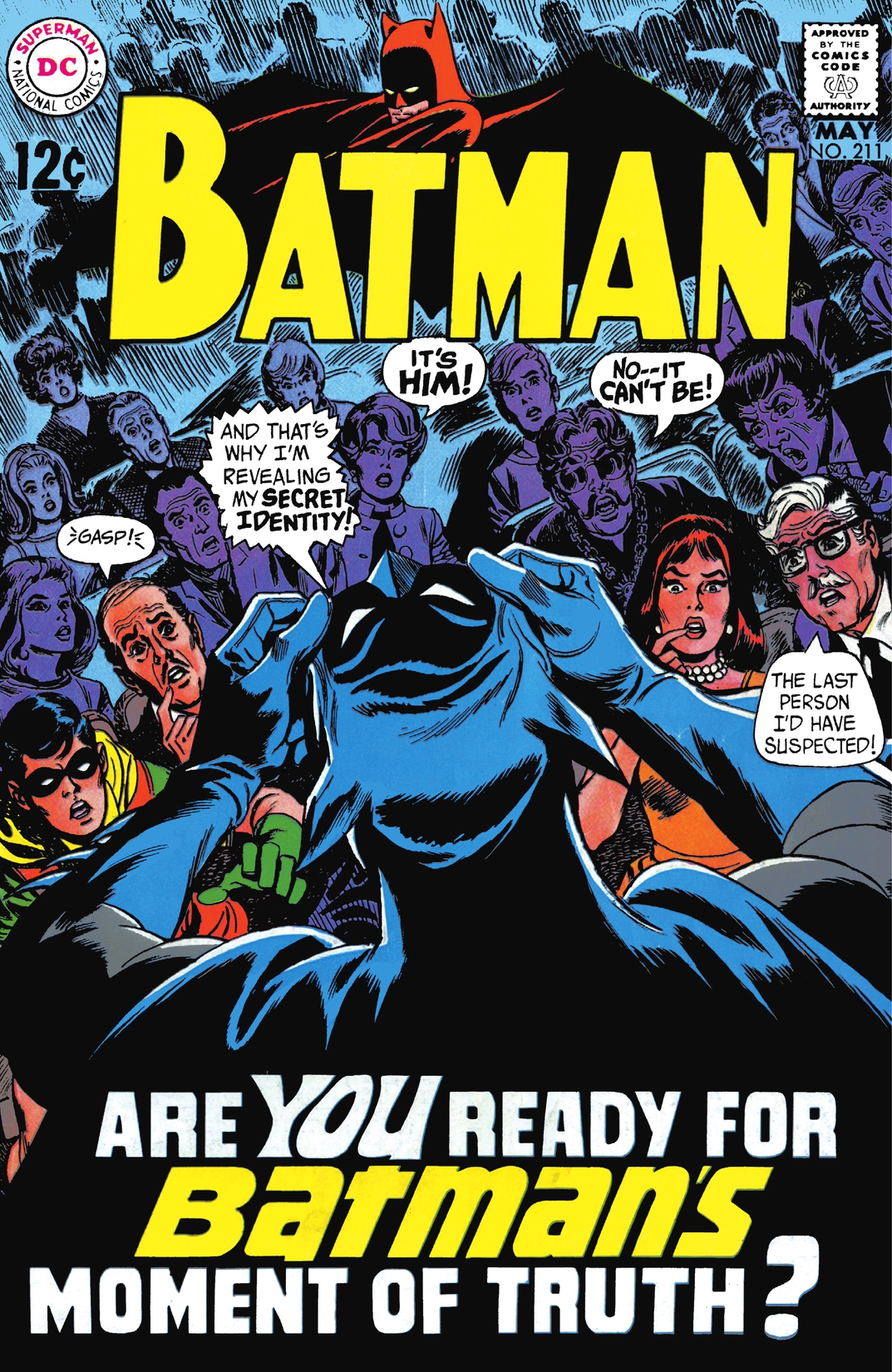 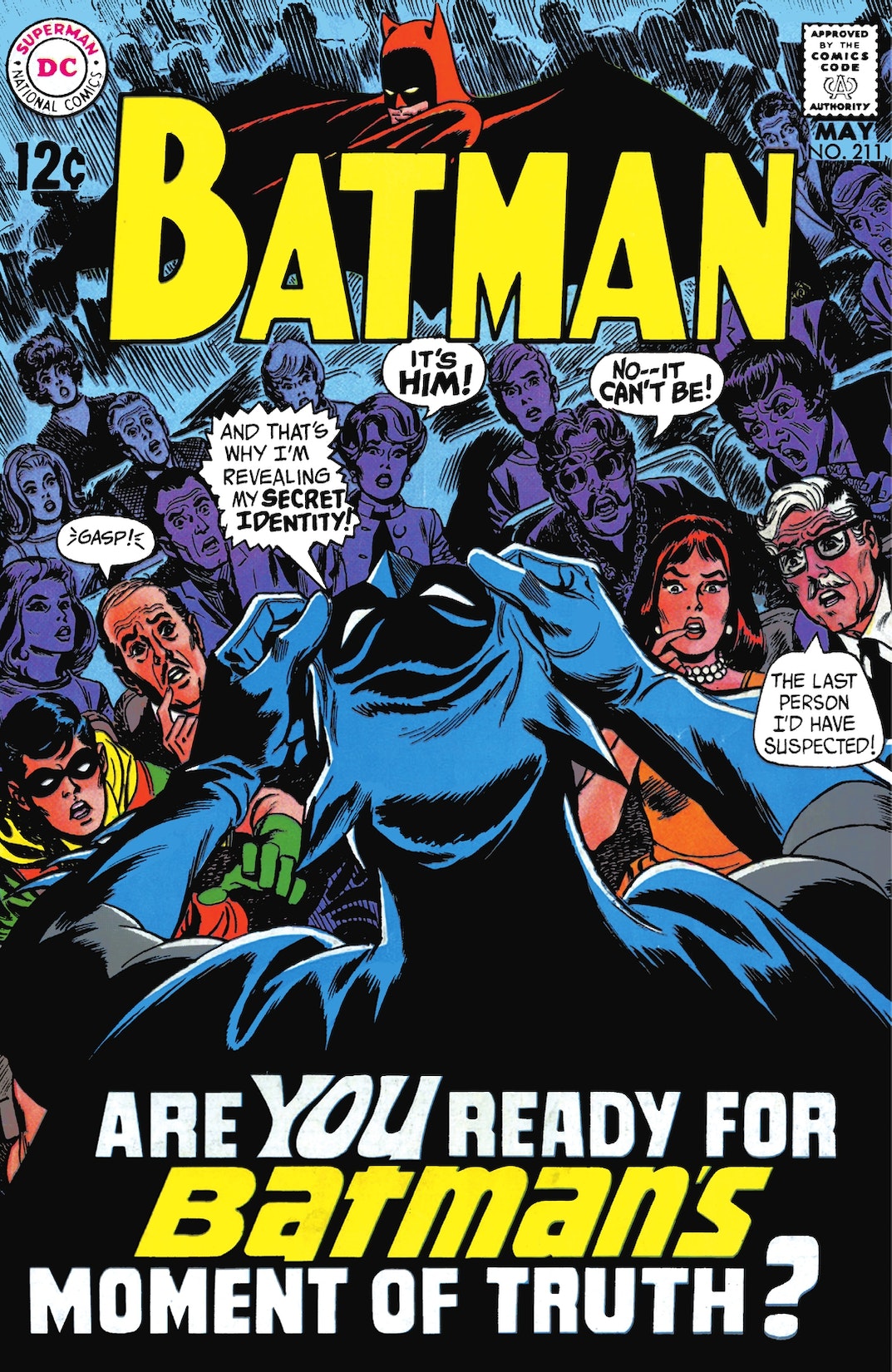 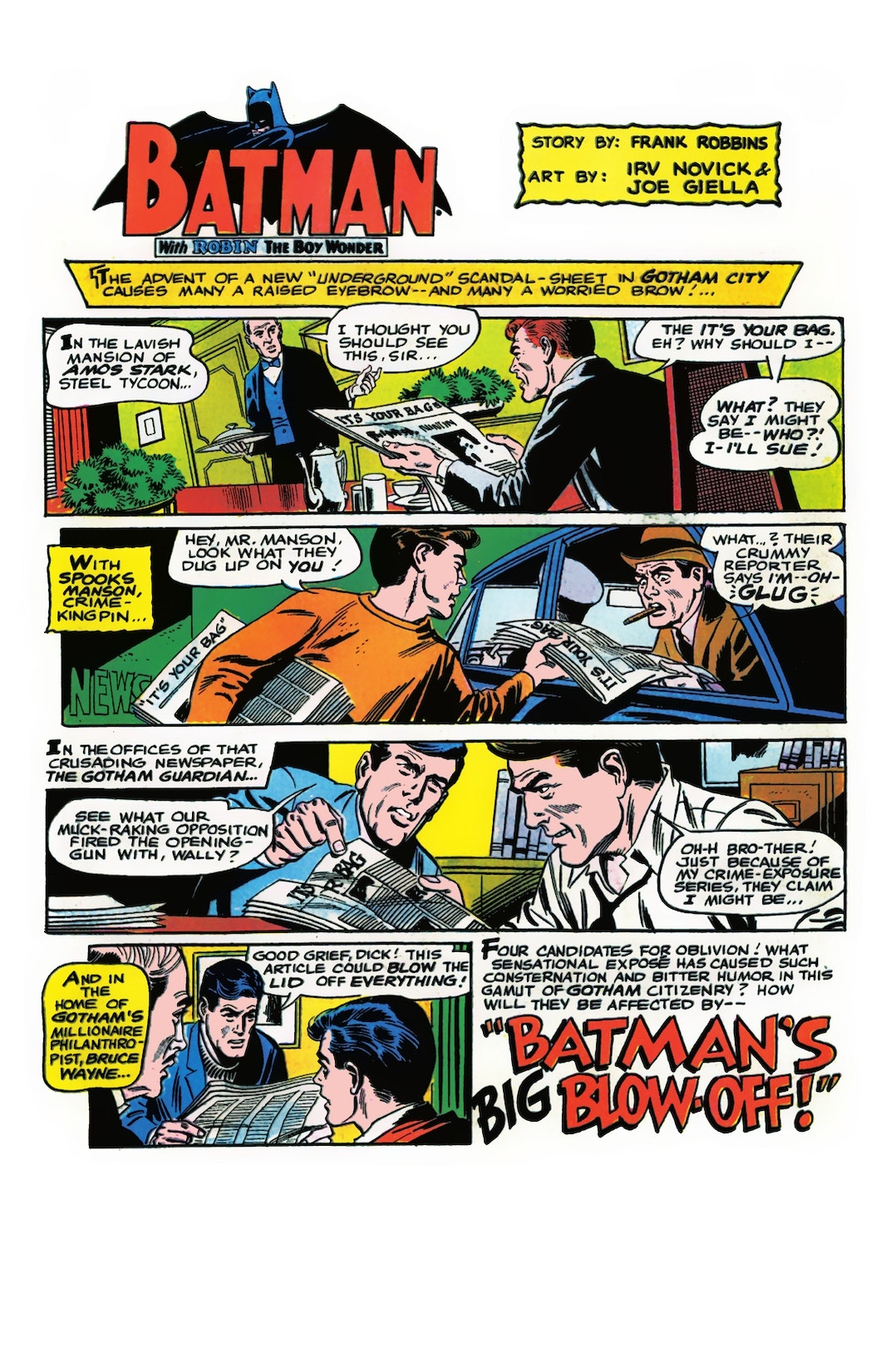 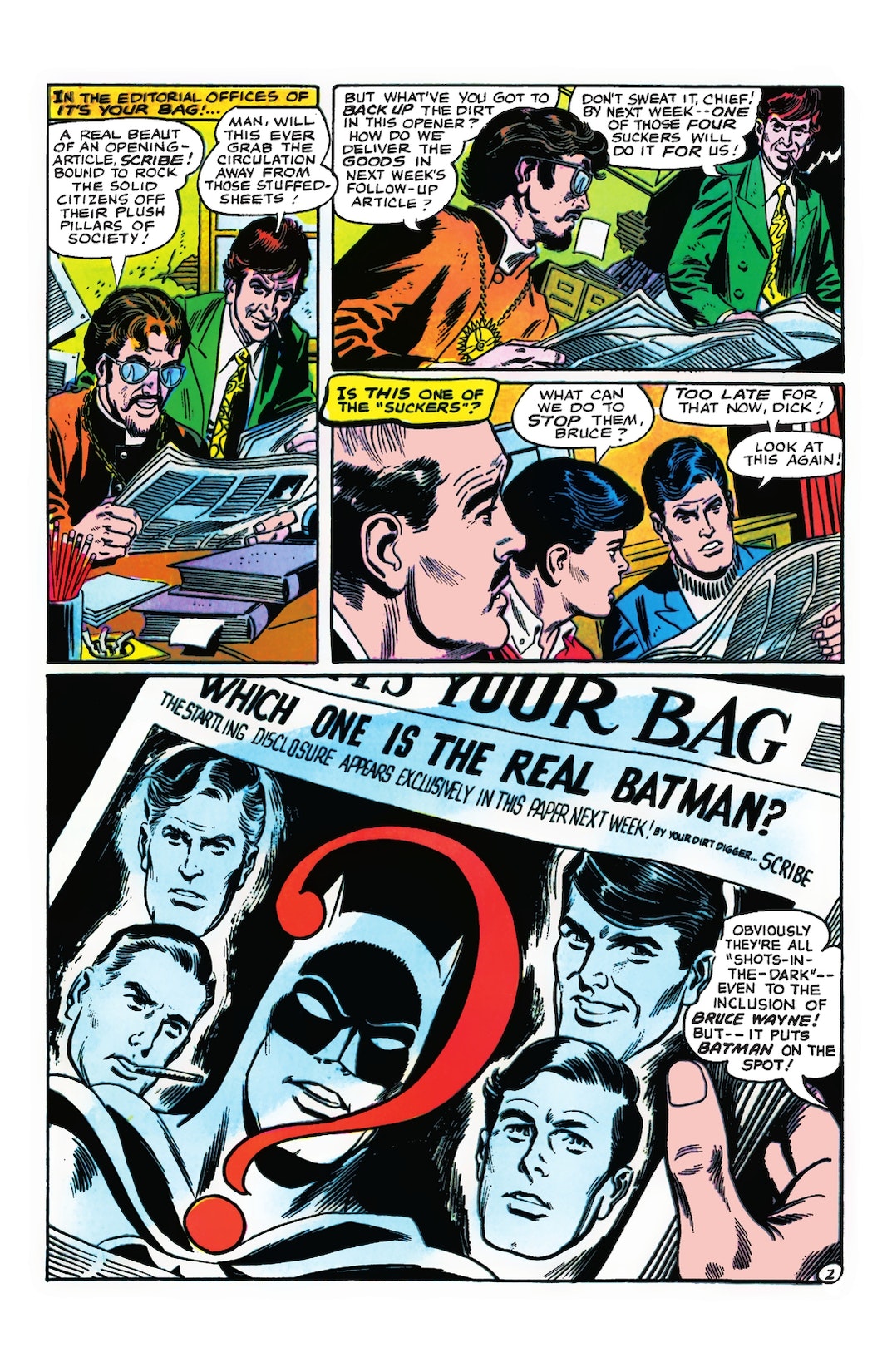 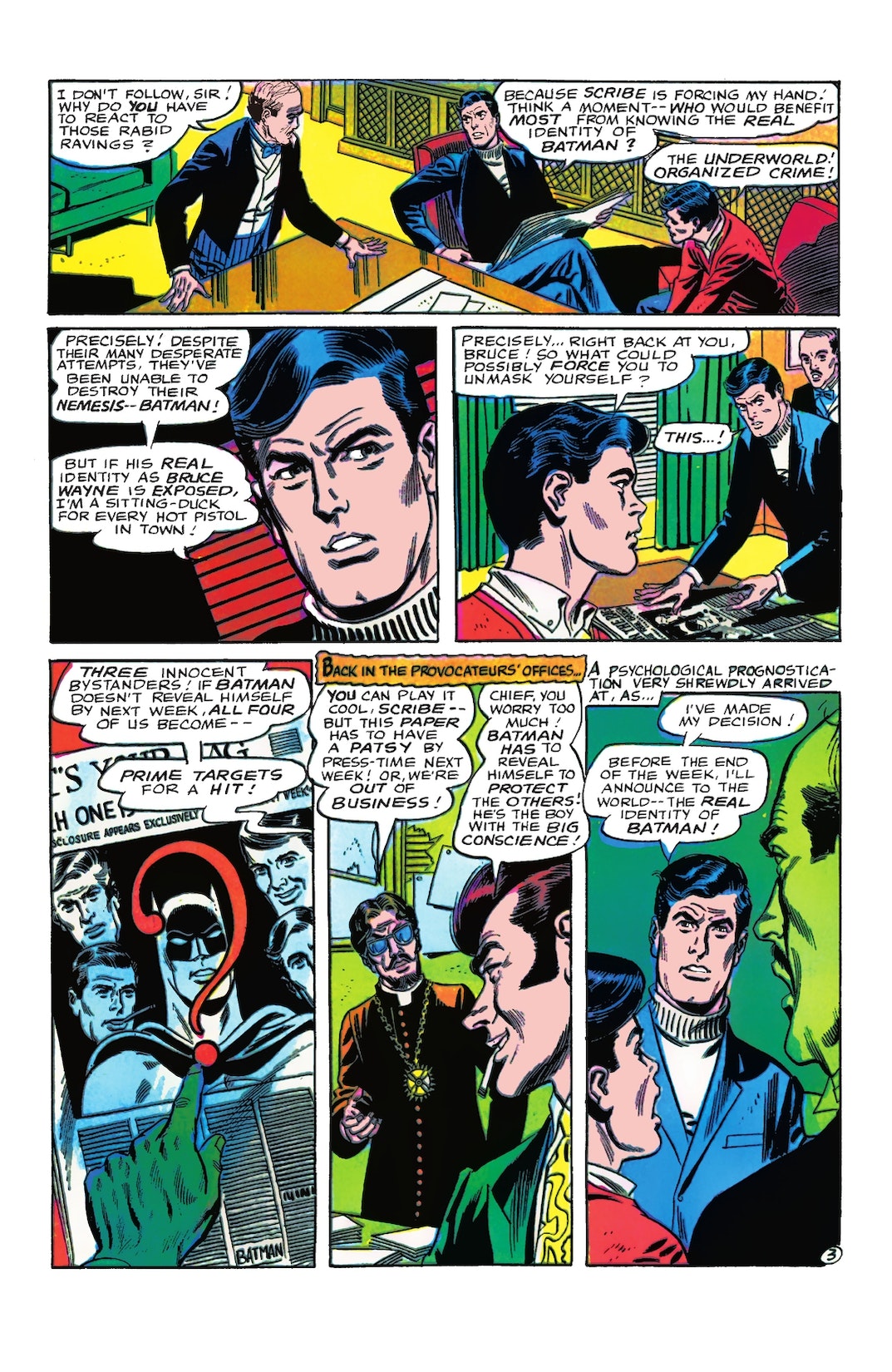 When It’s Your Bag, a new underground scandal sheet in Gotham City, promises to reveal the true identity of Batman from among the four people they’ve named as suspects (including Bruce Wayne), Batman must expose his secret in order to save the lives of the other three in “Batman’s Big Blow-Off!”