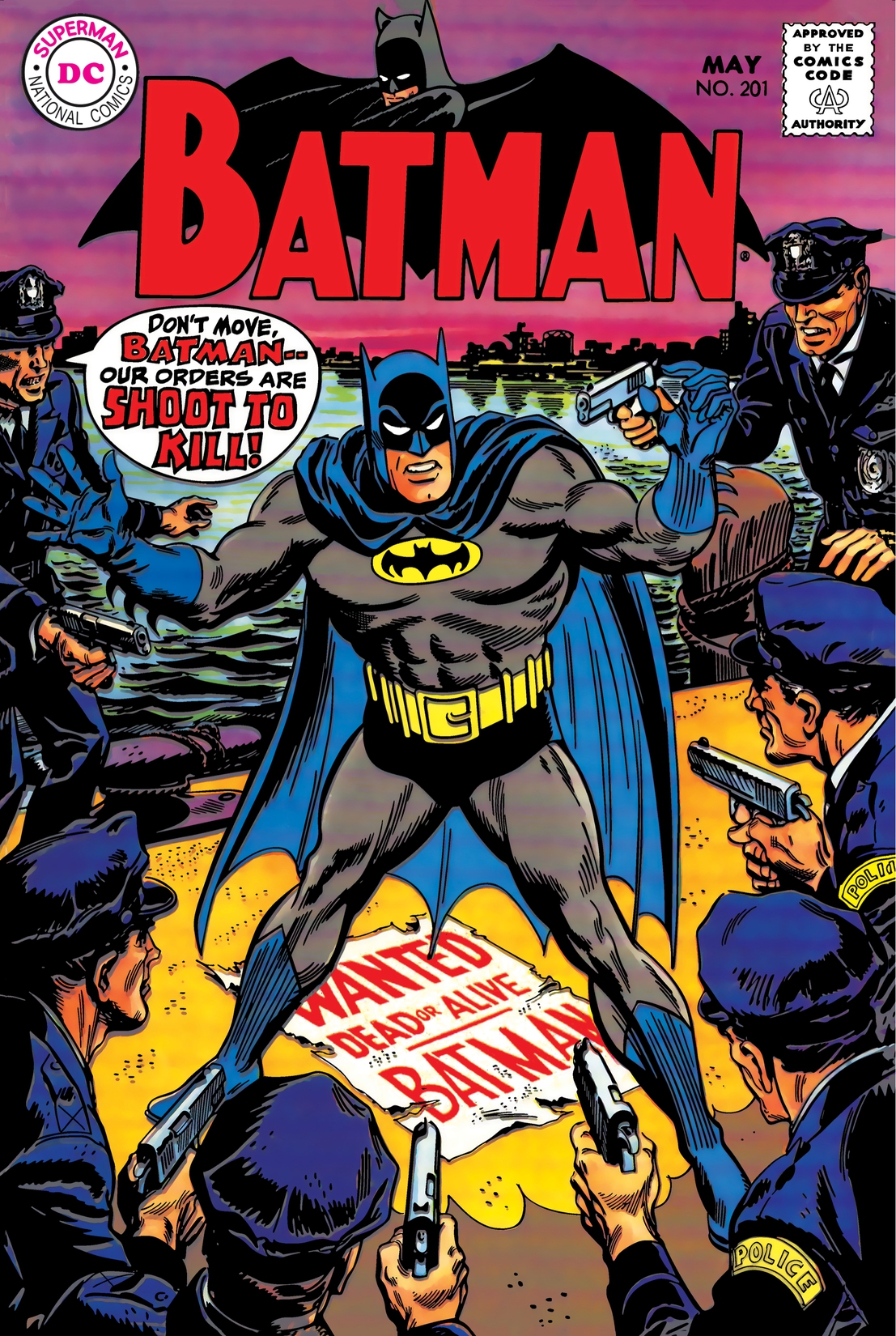 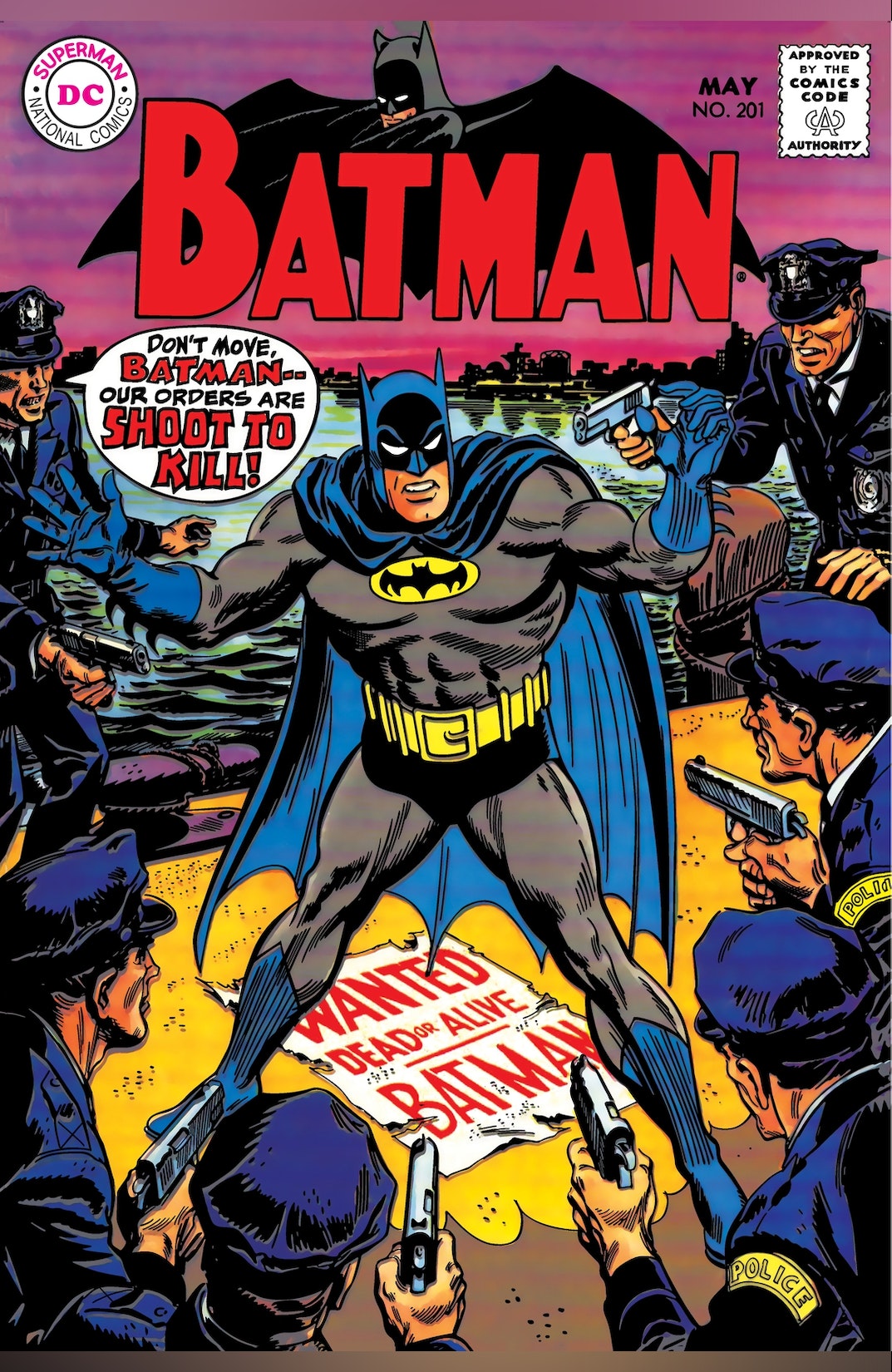 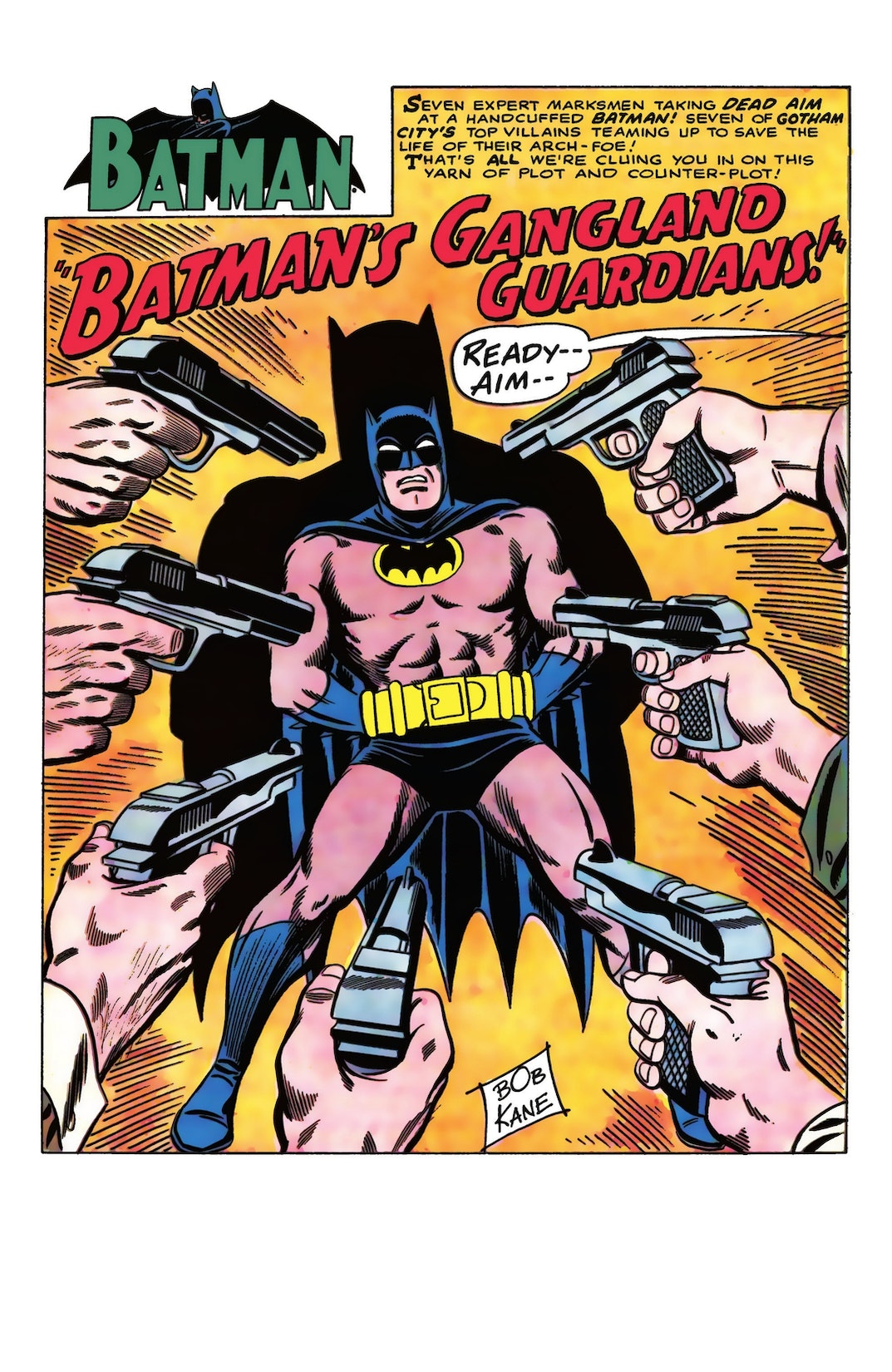 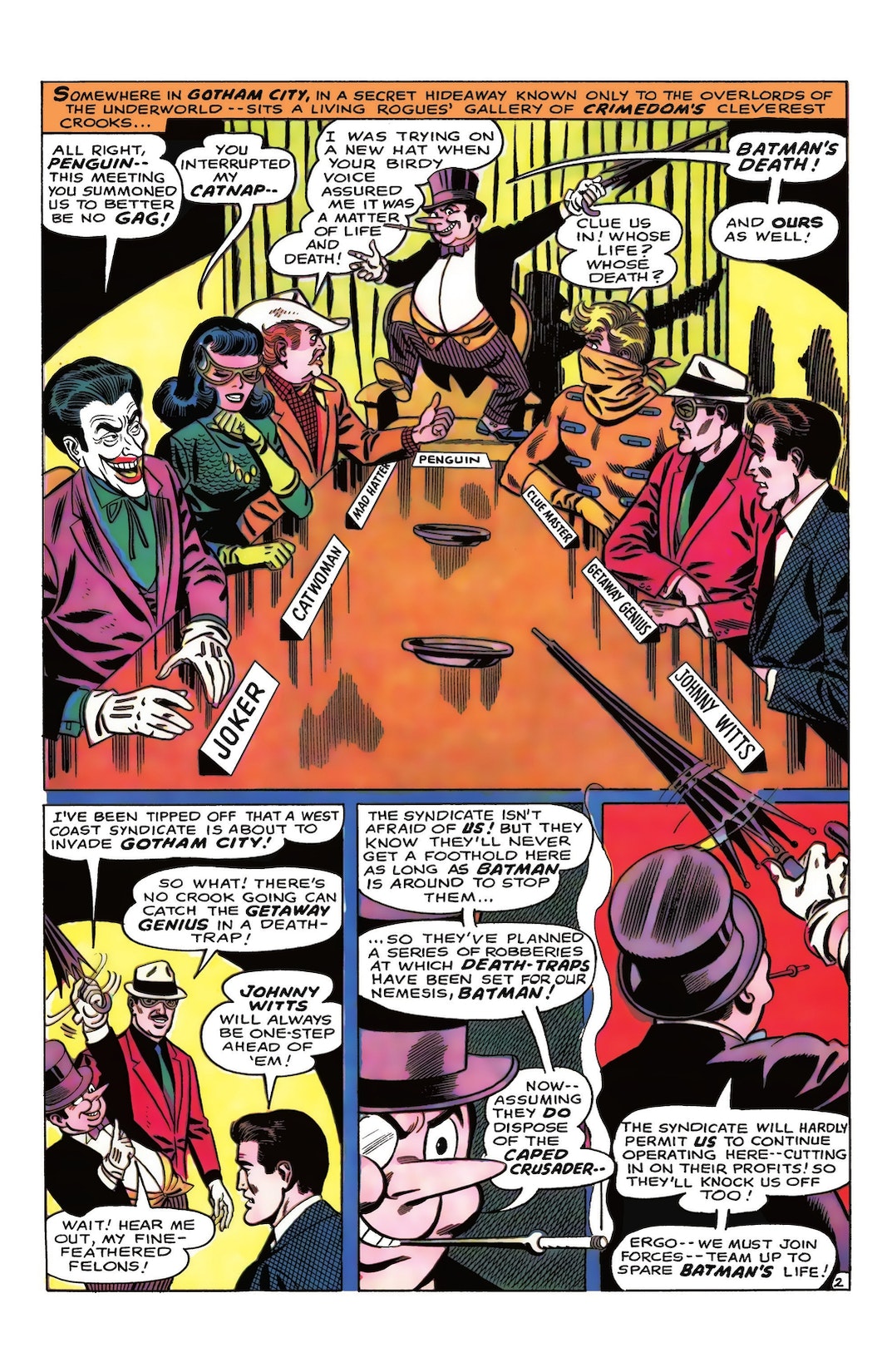 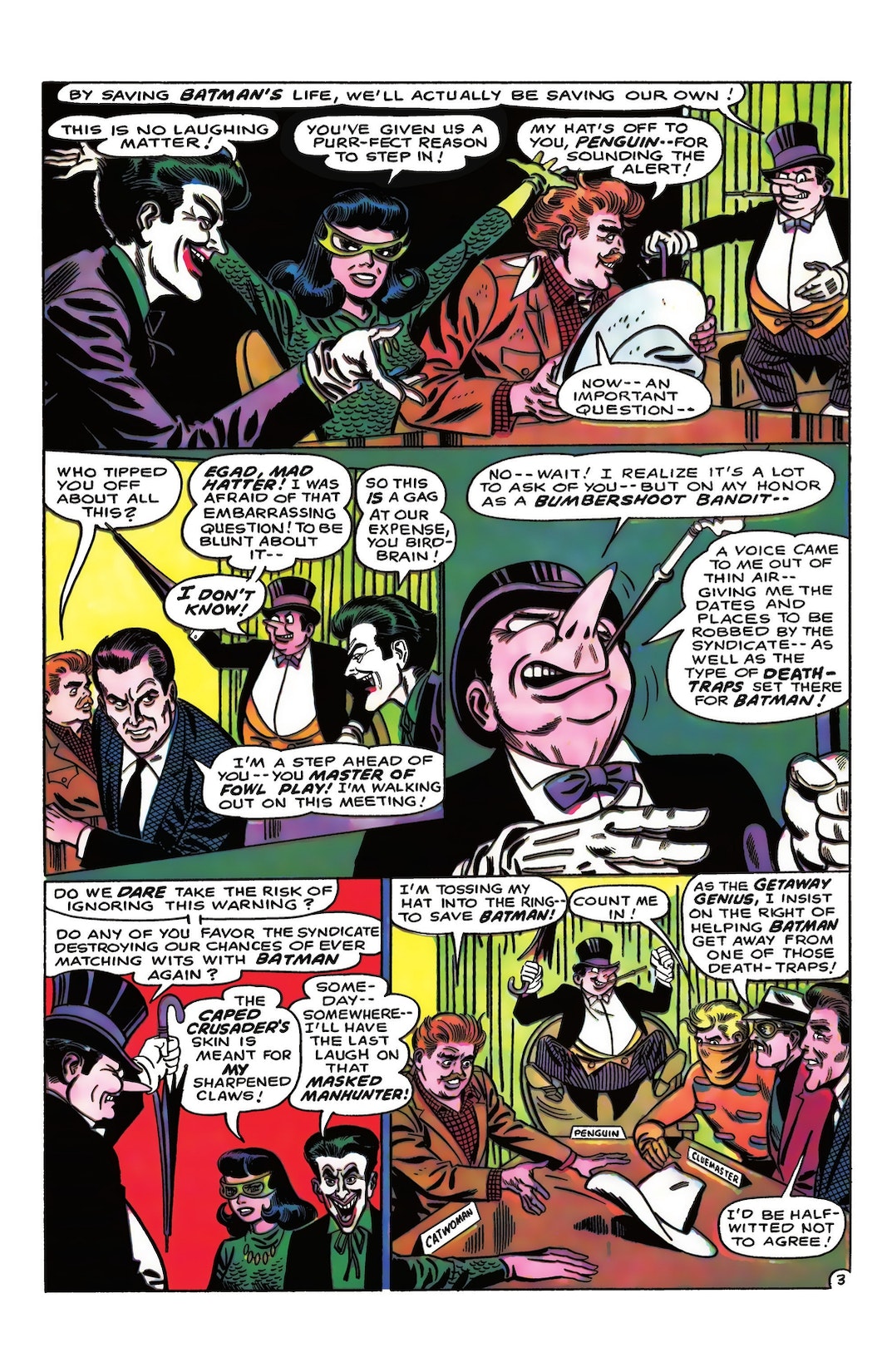 Why would the JOKER, PENGUIN, CATWOMAN, MAD-HATTER, amd JOHNNY WITTS team up to save the life of their arch-foe Batman? The starling reason for their becoming "Batman's Gangland Guardians" is revealed in the May issue of the COWLED CRUSADERS mag, No. 201.