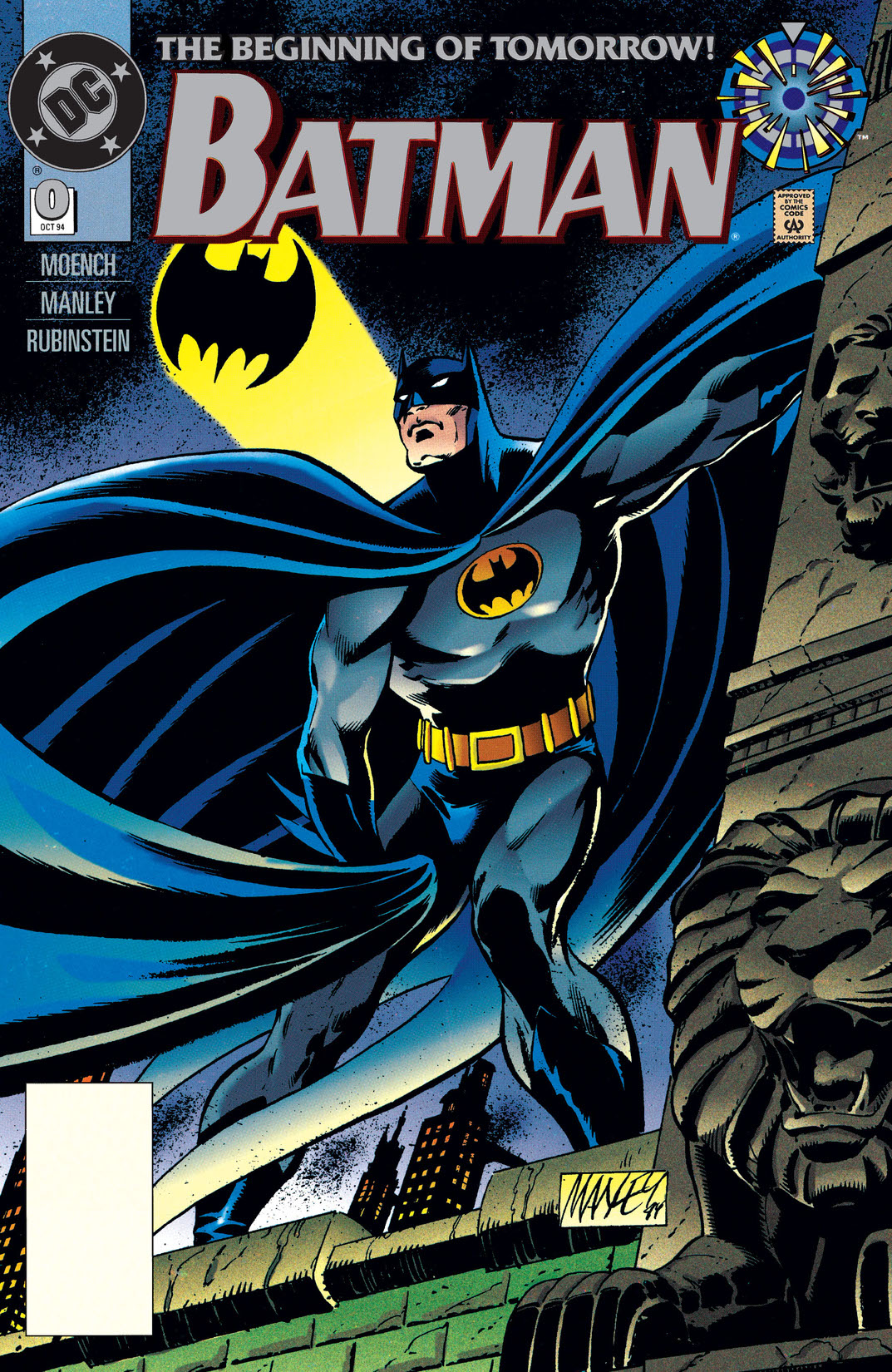 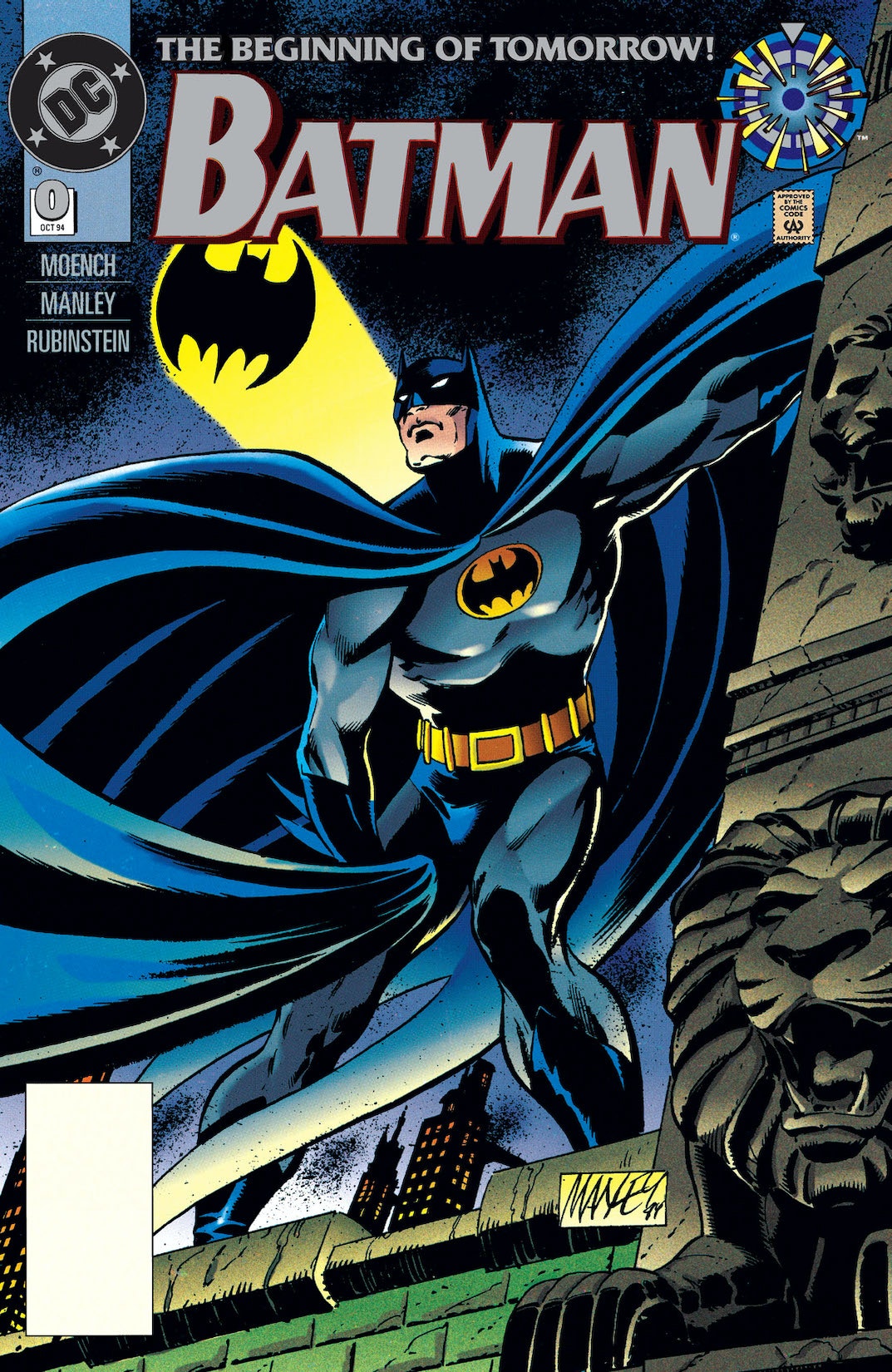 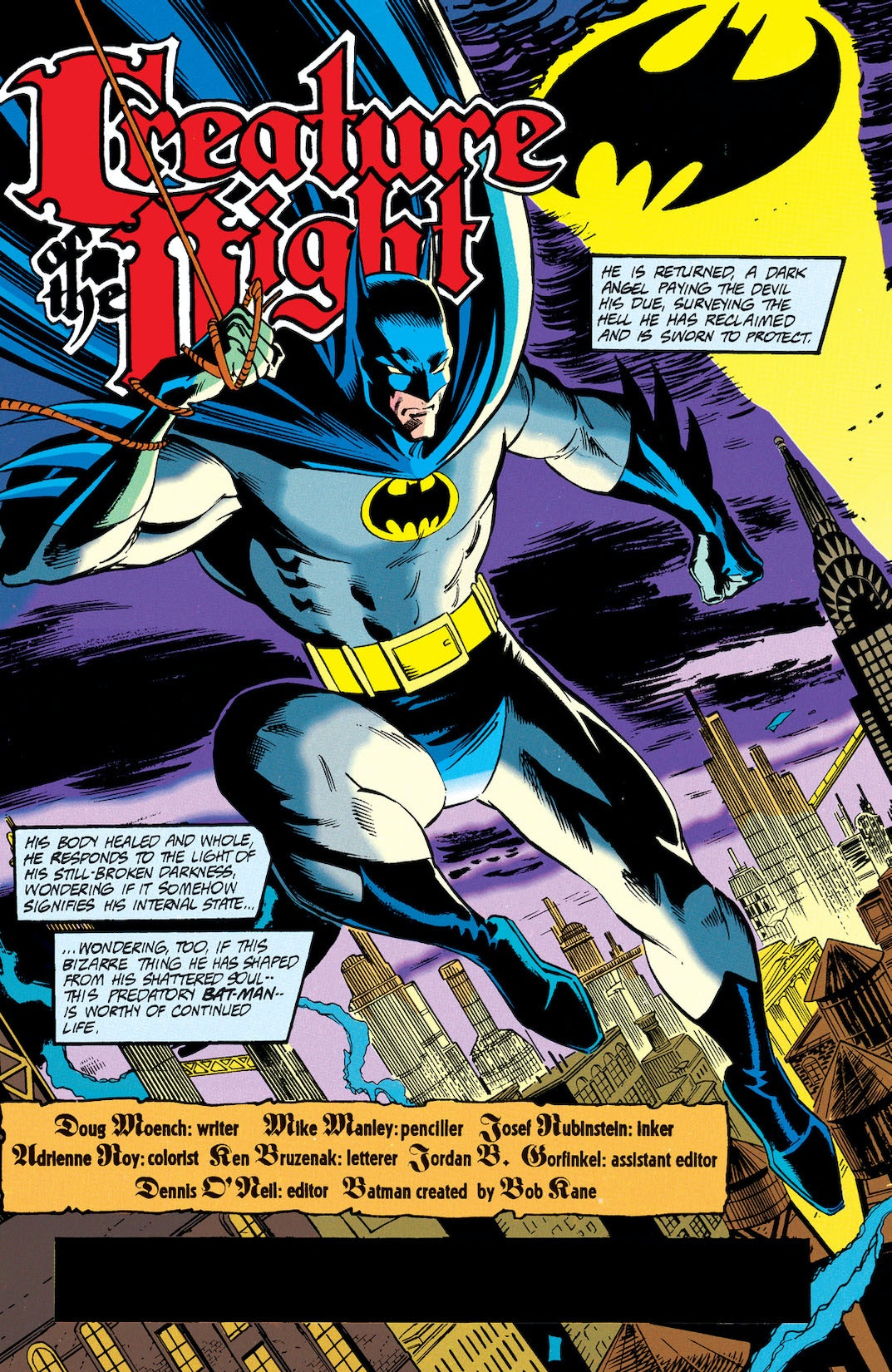 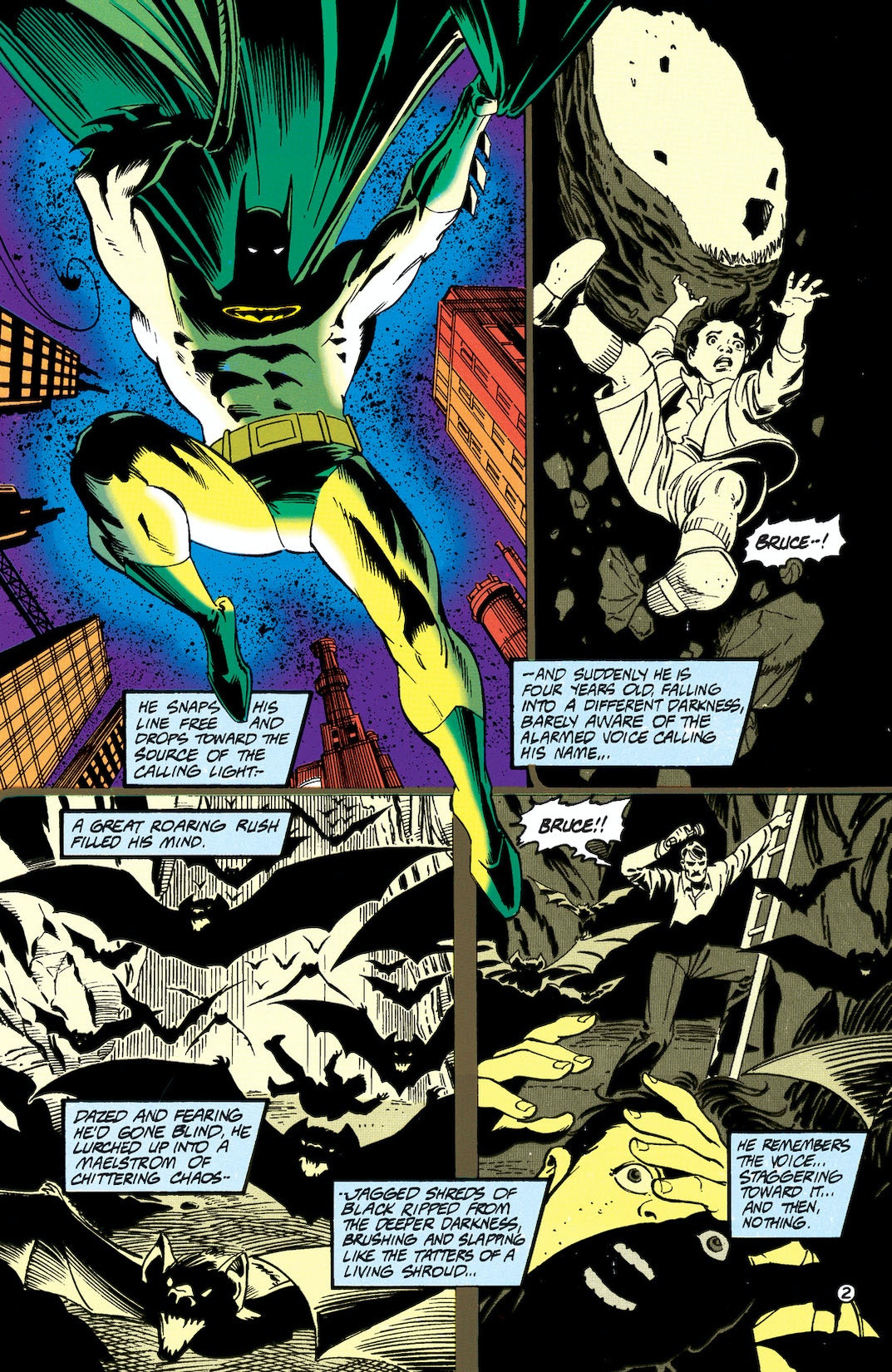 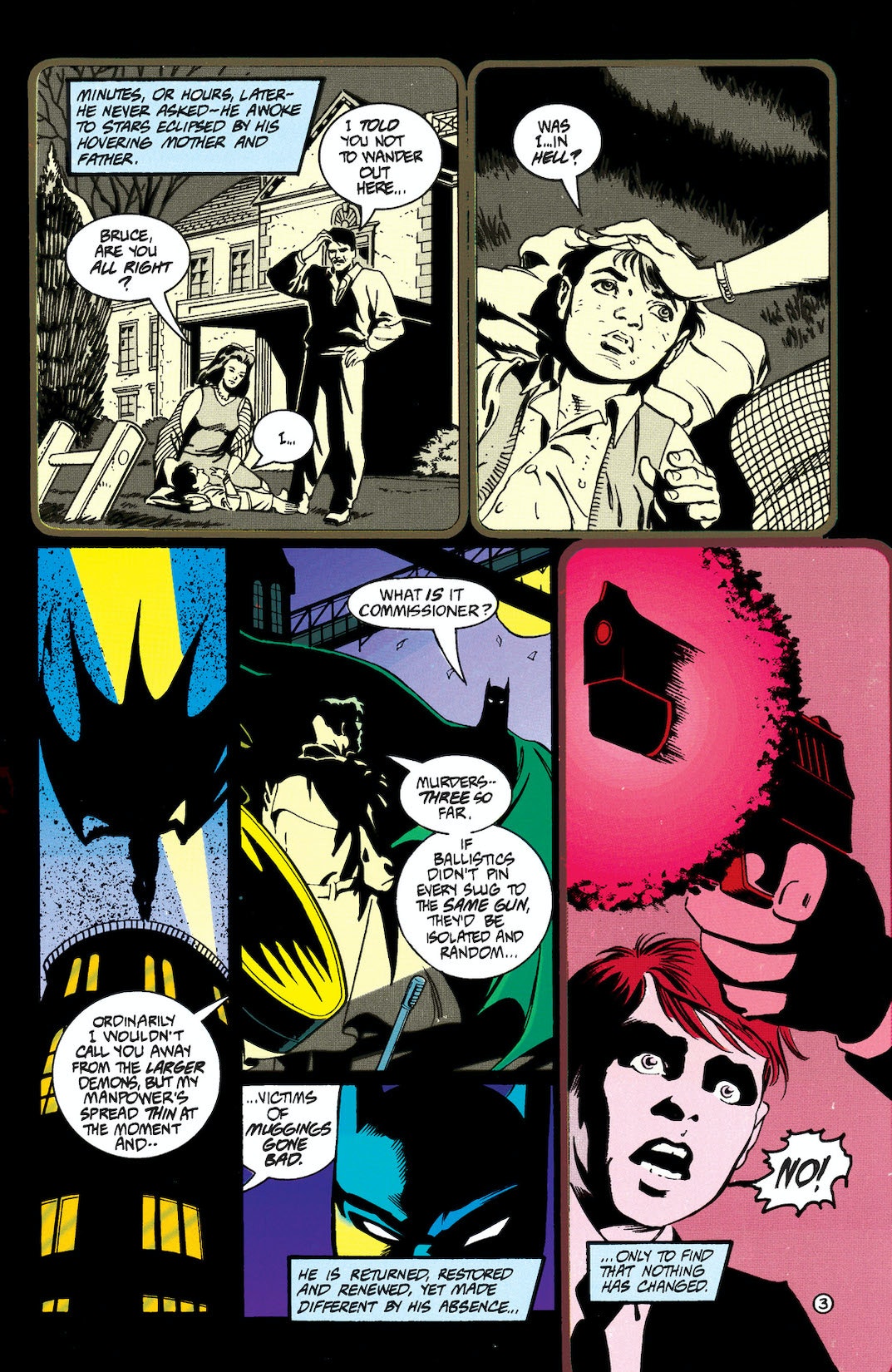 A ZERO HOUR tie-in! Bruce Wayne remembers how his parents' violent deaths at the hands of a two-bit gunman drove him to become the Dark Knight of Gotham City, and hints of a never-before revealed dark episode in Batman's early career are exposed. Continued in BATMAN: SHADOW OF THE BAT #0.