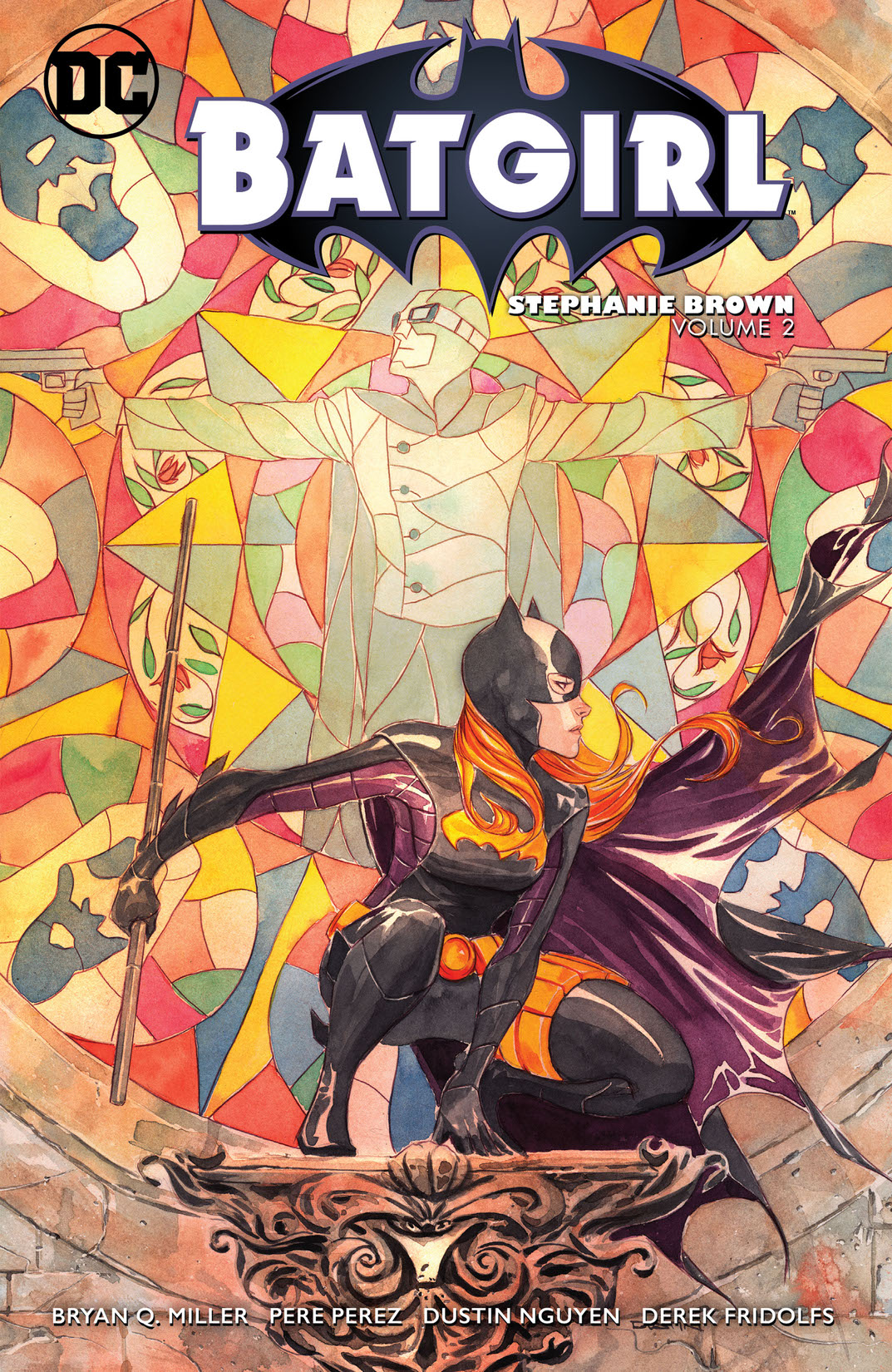 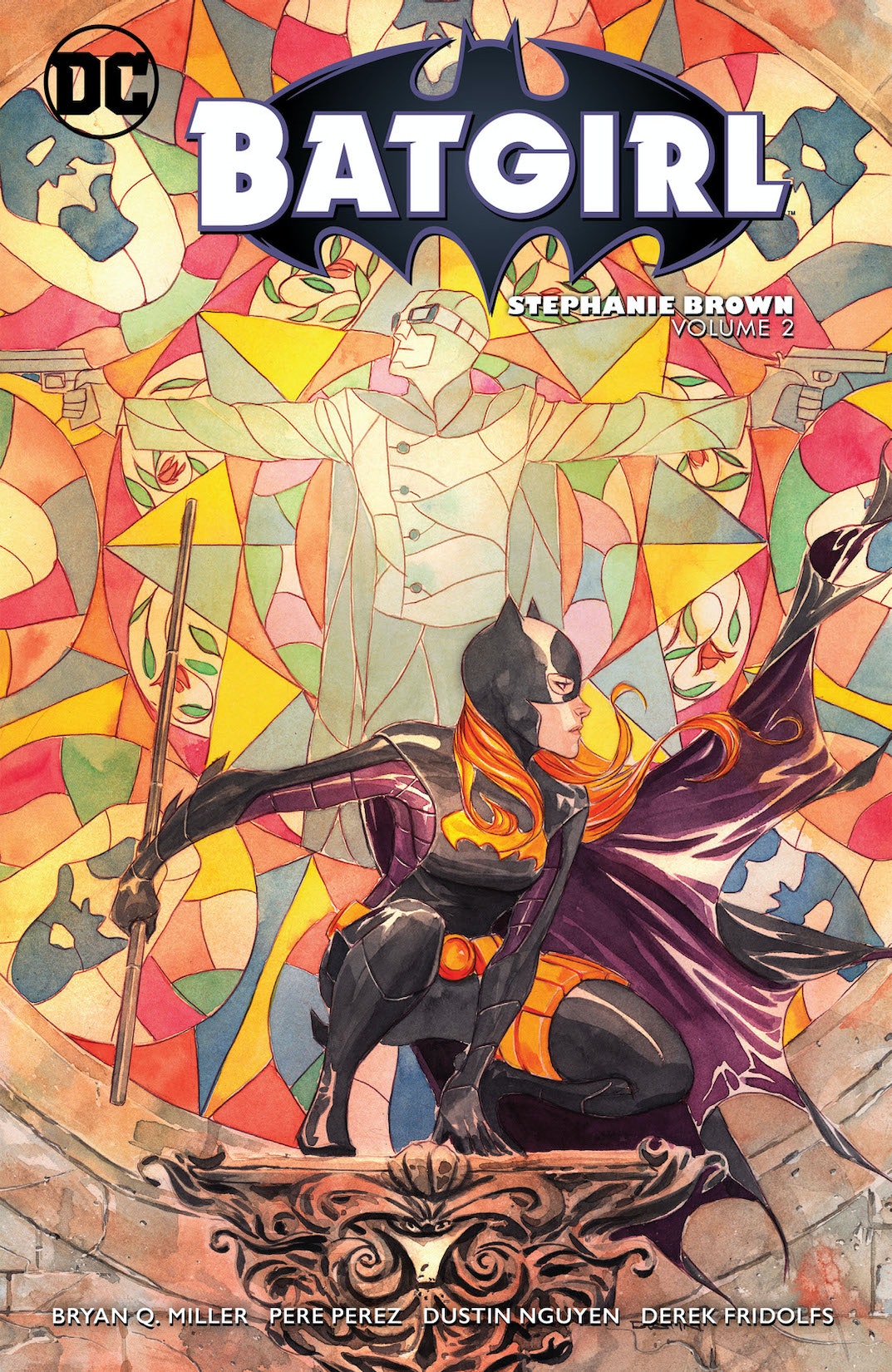 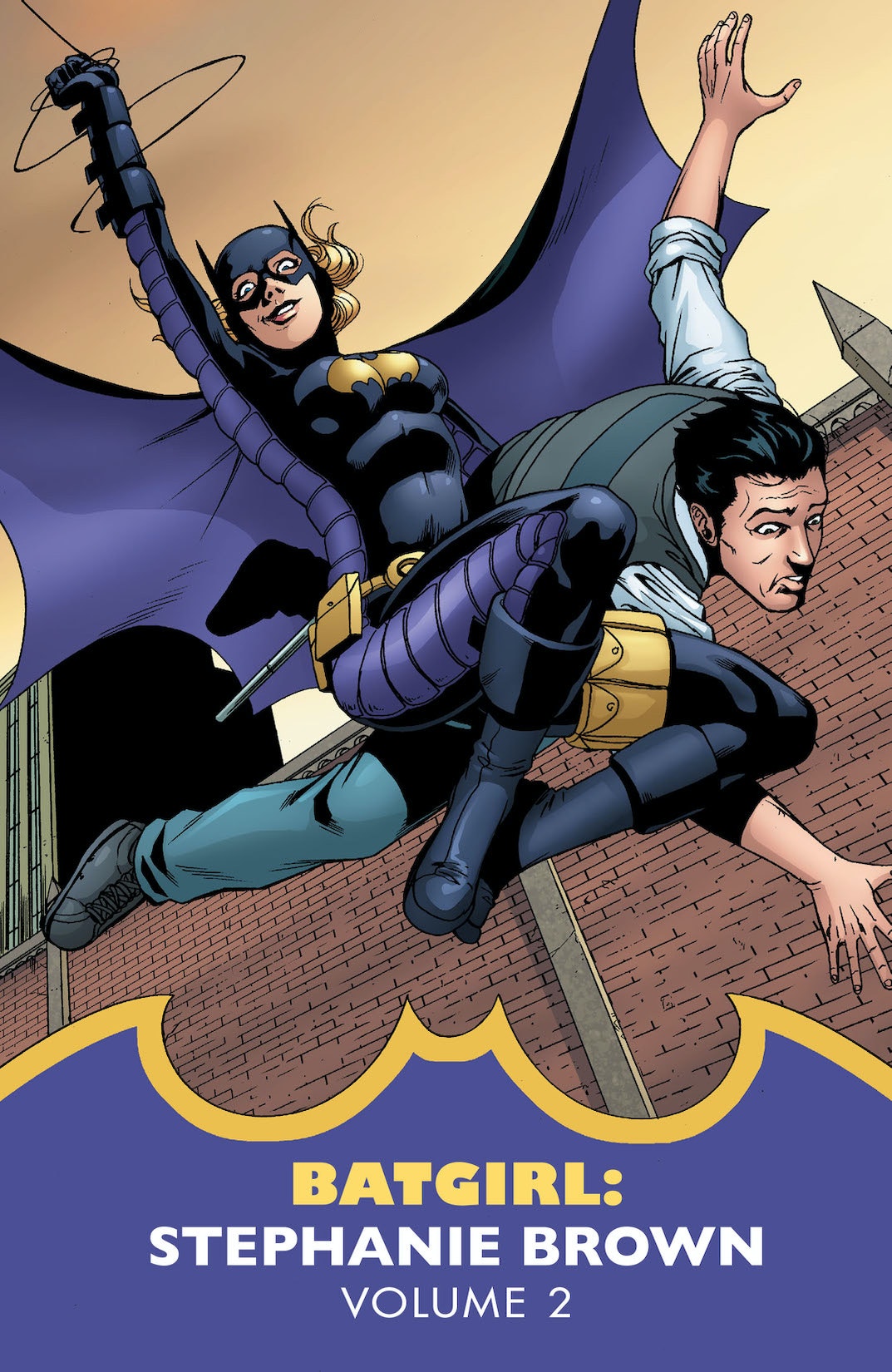 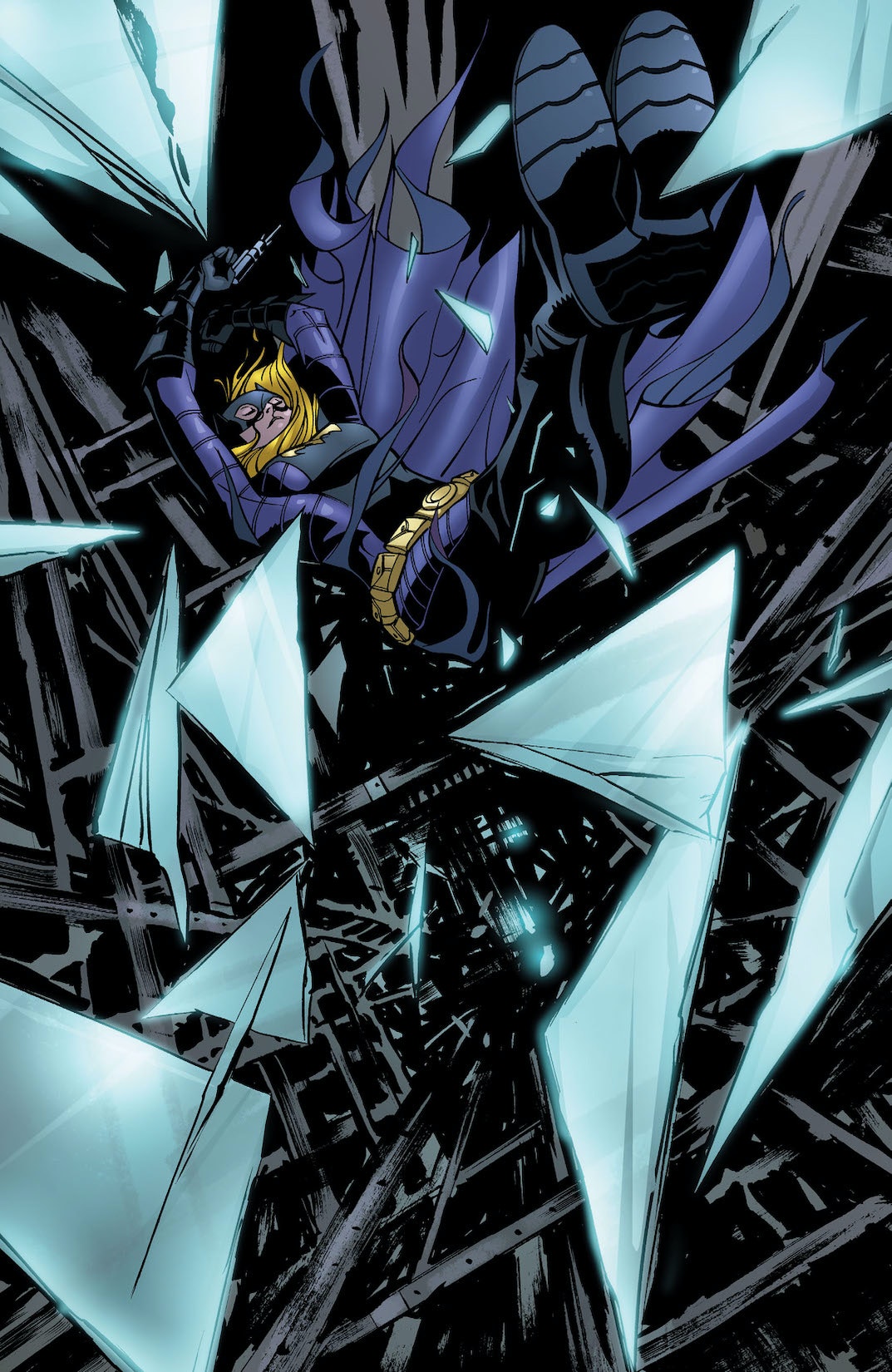 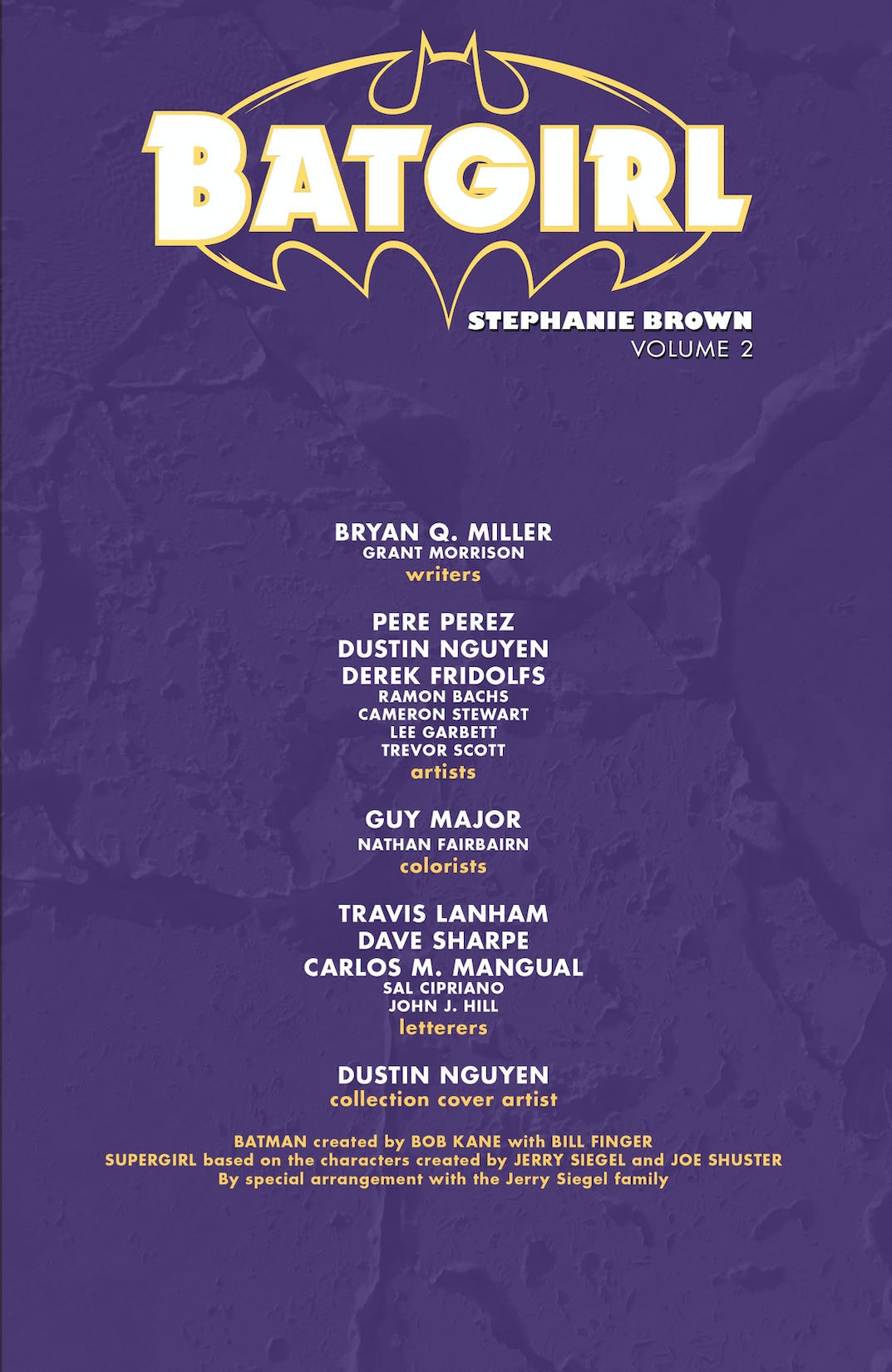 It’s second semester at Gotham University for Stephanie Brown, which means hitting the books by day and getting schooled by Robin and Oracle by night. Stephanie works hard to prove she deserves the Batgirl mantle she’s inherited, but when a mysterious group calling itself “the Order of the Scythe” frames her for murder, “The Lesson” truly begins! Suddenly facing speedster thugs, fending off her vigilante stalker Grey Ghost and going undercover for Batman Incorporated, Batgirl realizes she might not be able to rely on anyone but herself! Stephanie Brown will step out of the shadows of her predecessors to become the hero she was always meant to be. Batgirl: Stephanie Brown Vol. 2 features classic stories from Bryan Q. Miller (Smallville) with art by Pere Perez (Action Comics), Dustin Nguyen (Batman: Li’l Gotham), Derek Fridolfs (Batman: Streets of Gotham) and others. Collects Batgirl #13-24, Bruce Wayne: The Road Home: Batgirl #1 and Batman Incorporated: Leviathan Strikes! #1.