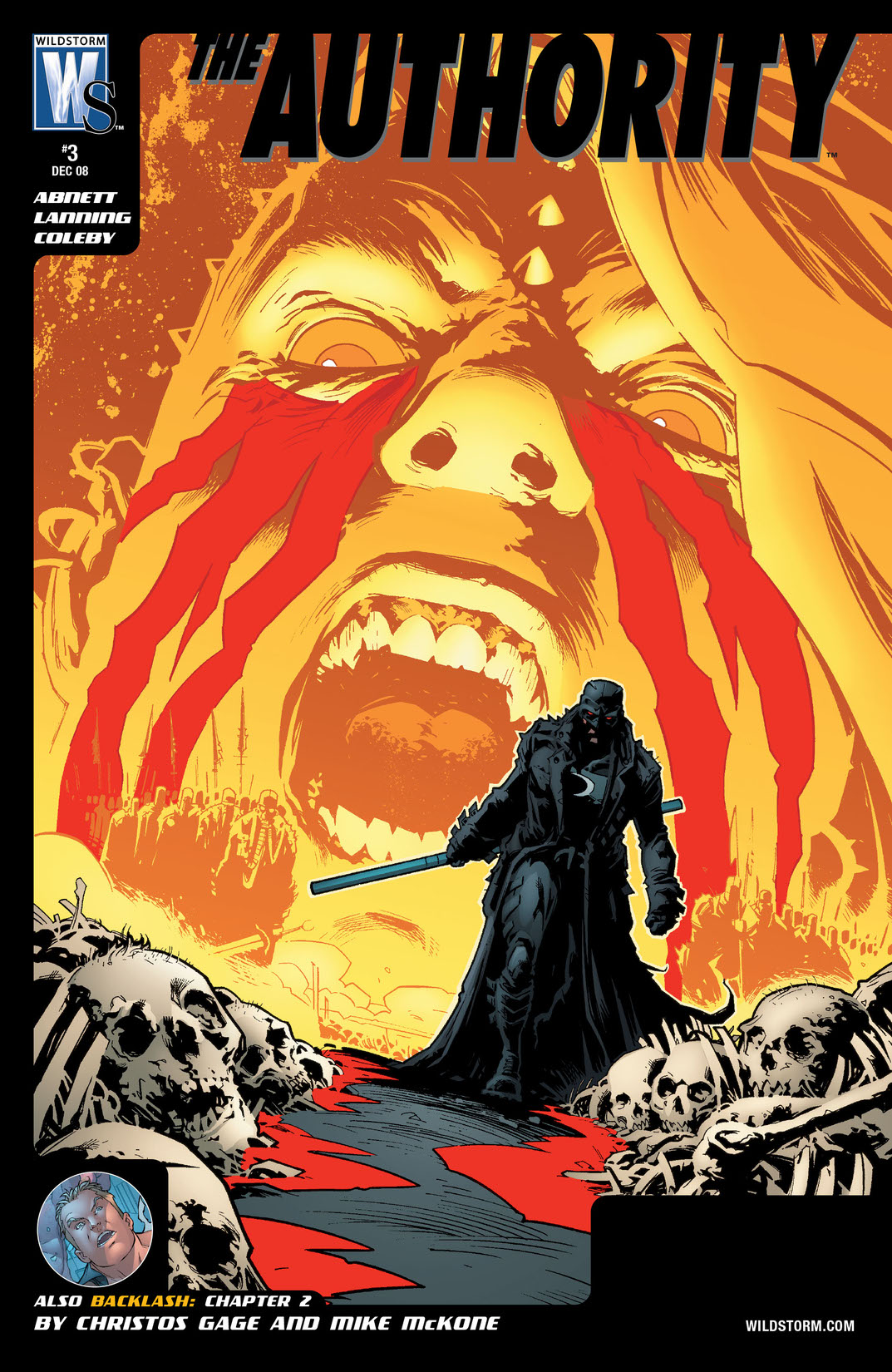 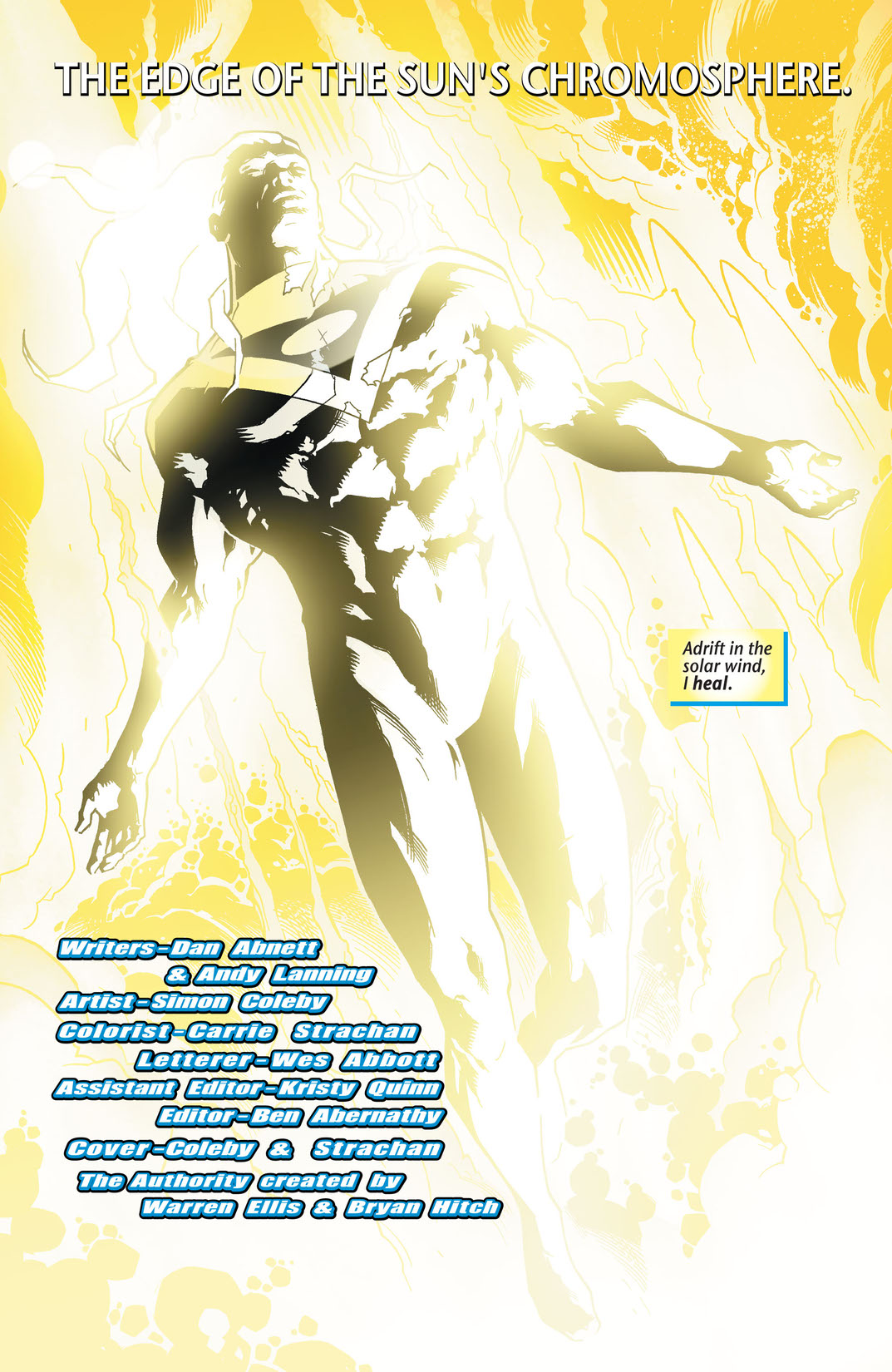 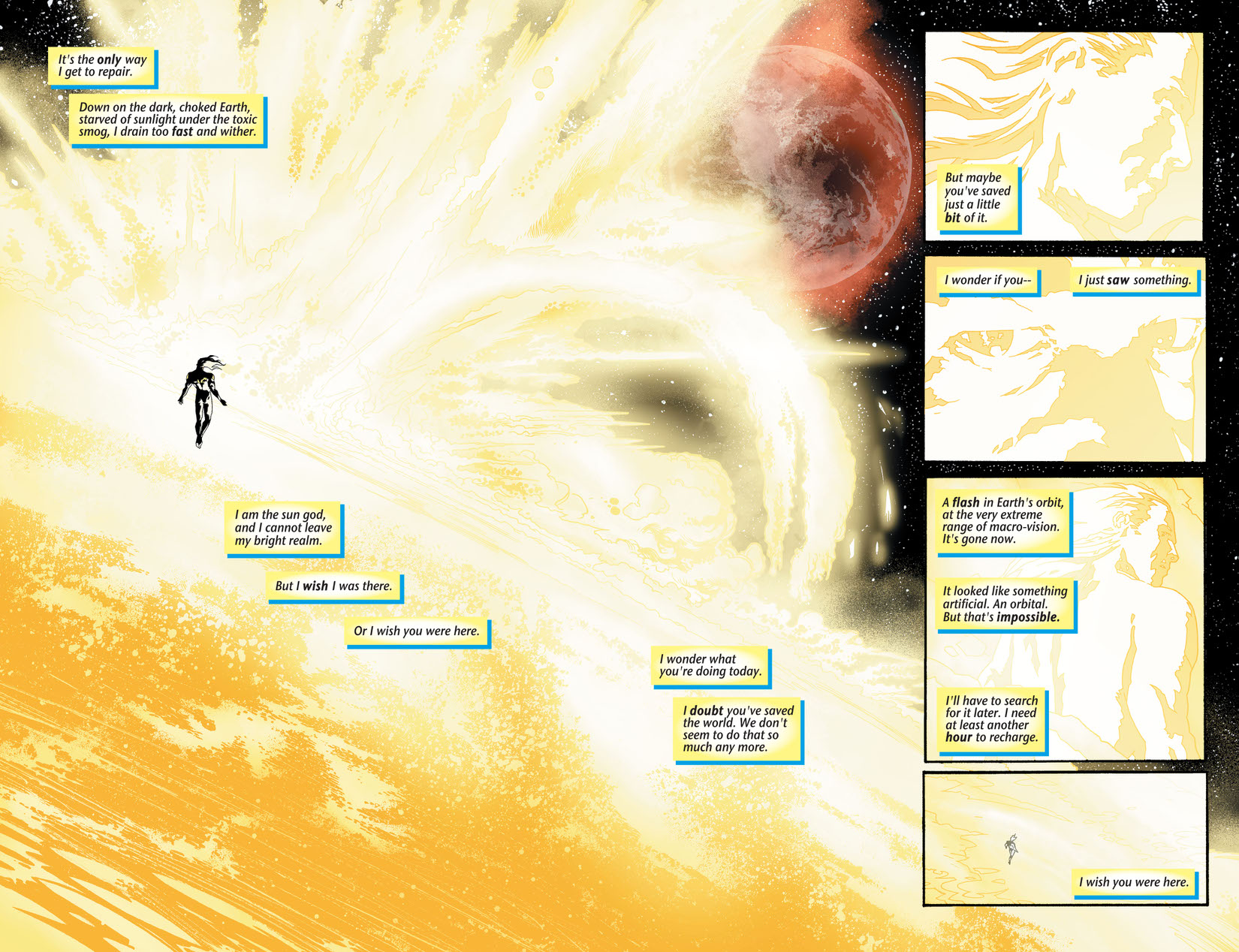 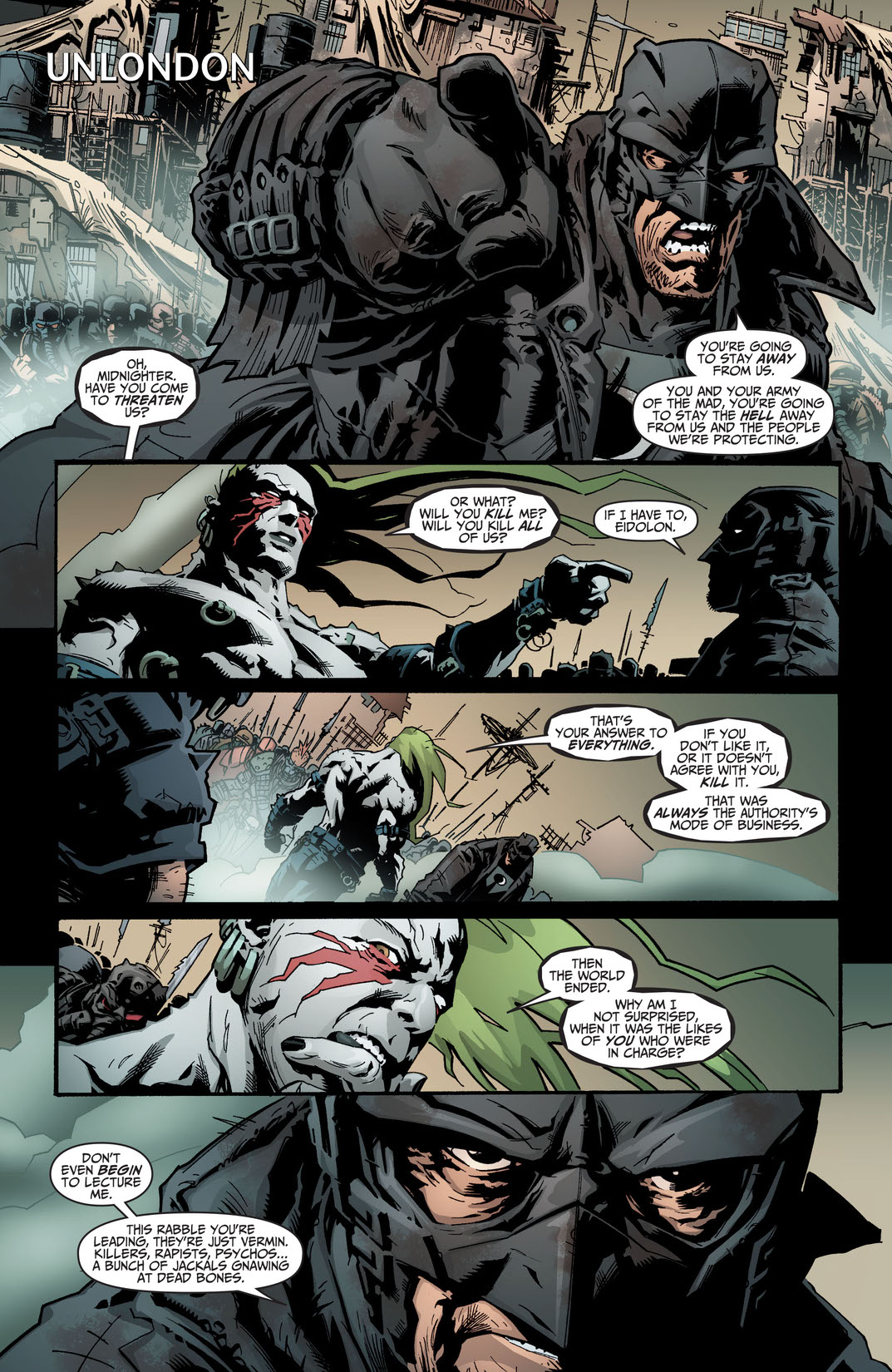 The Midnighter confronts the Eidolon and his Army of the Mad...but can even he overcome an entire army alone? And the Engineer makes a startling discovery in the bowels of the Carrier that could turn the team's fortunes around in this desolate new world! Also, Christos Gage and Mike McKone's new backup story continues, focusing on Marc Slayton, the original Backlash!