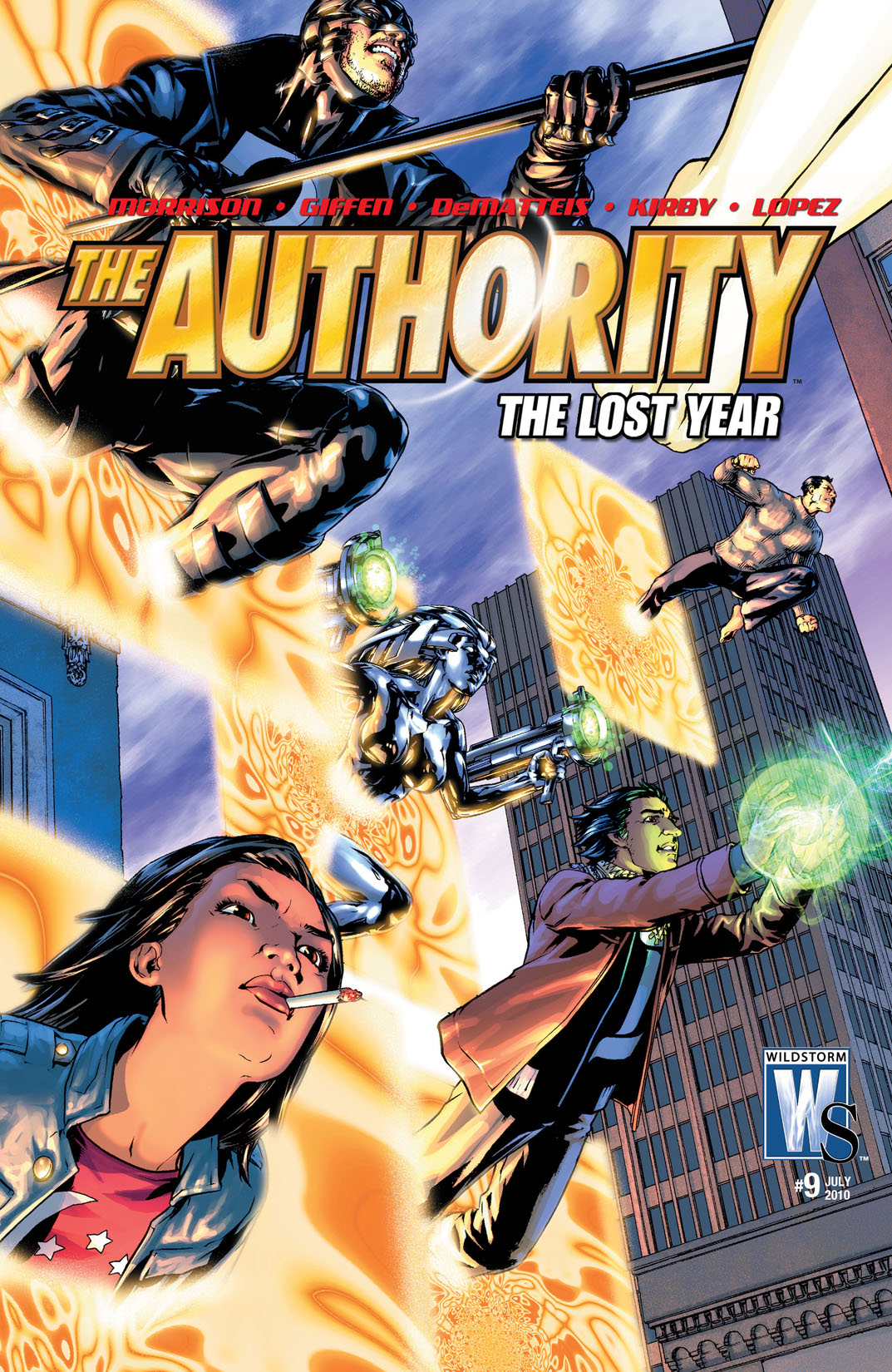 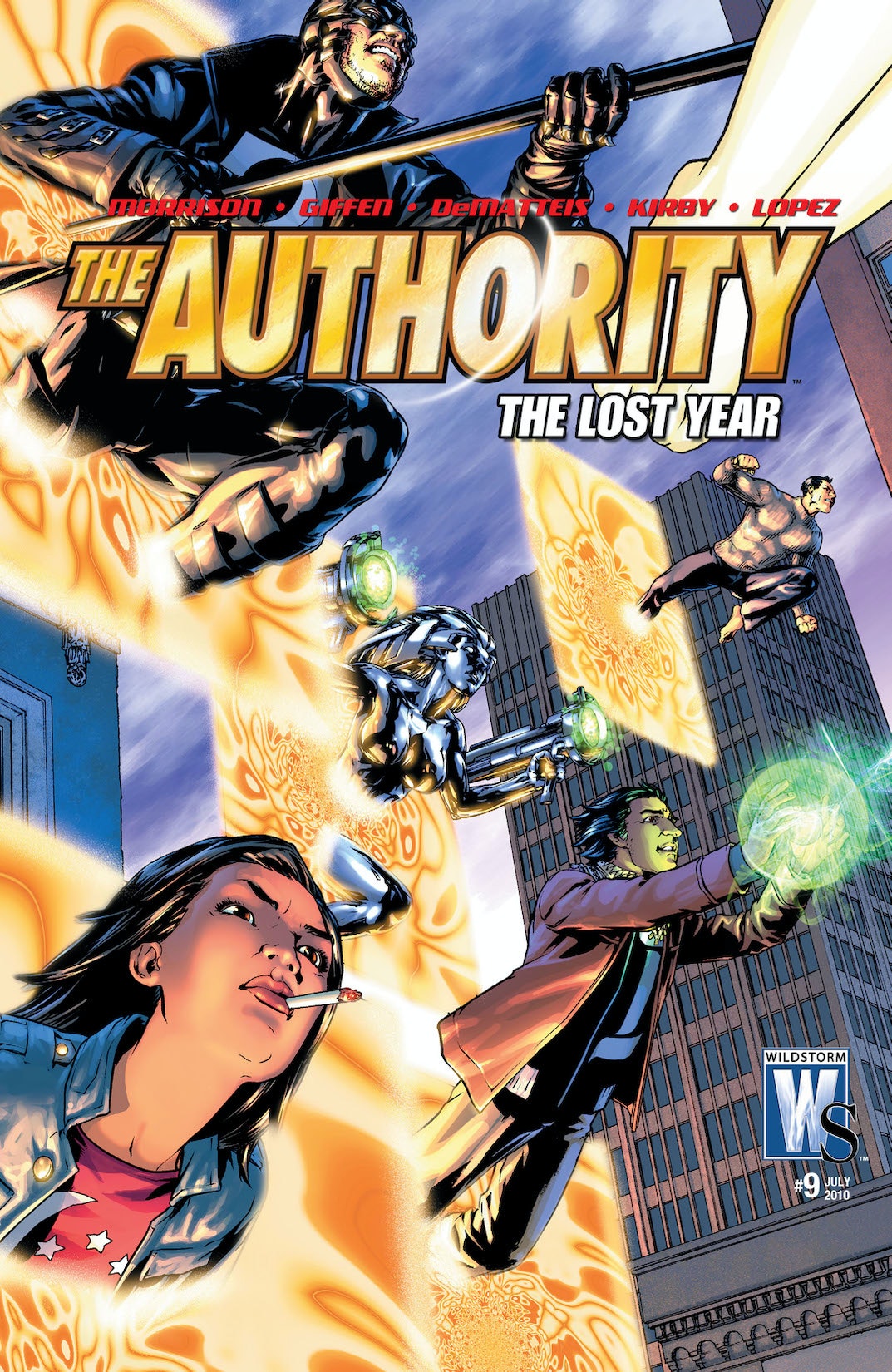 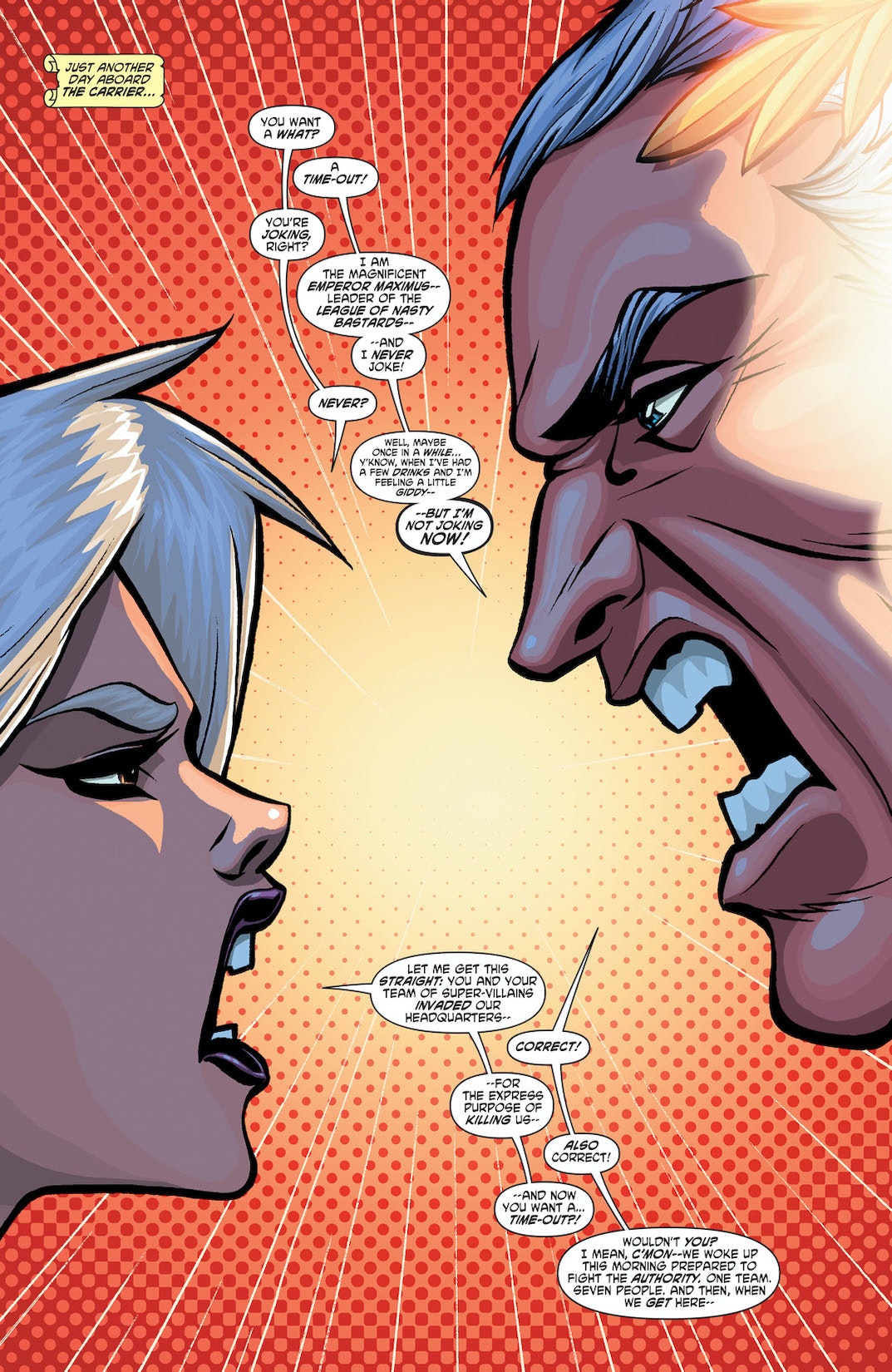 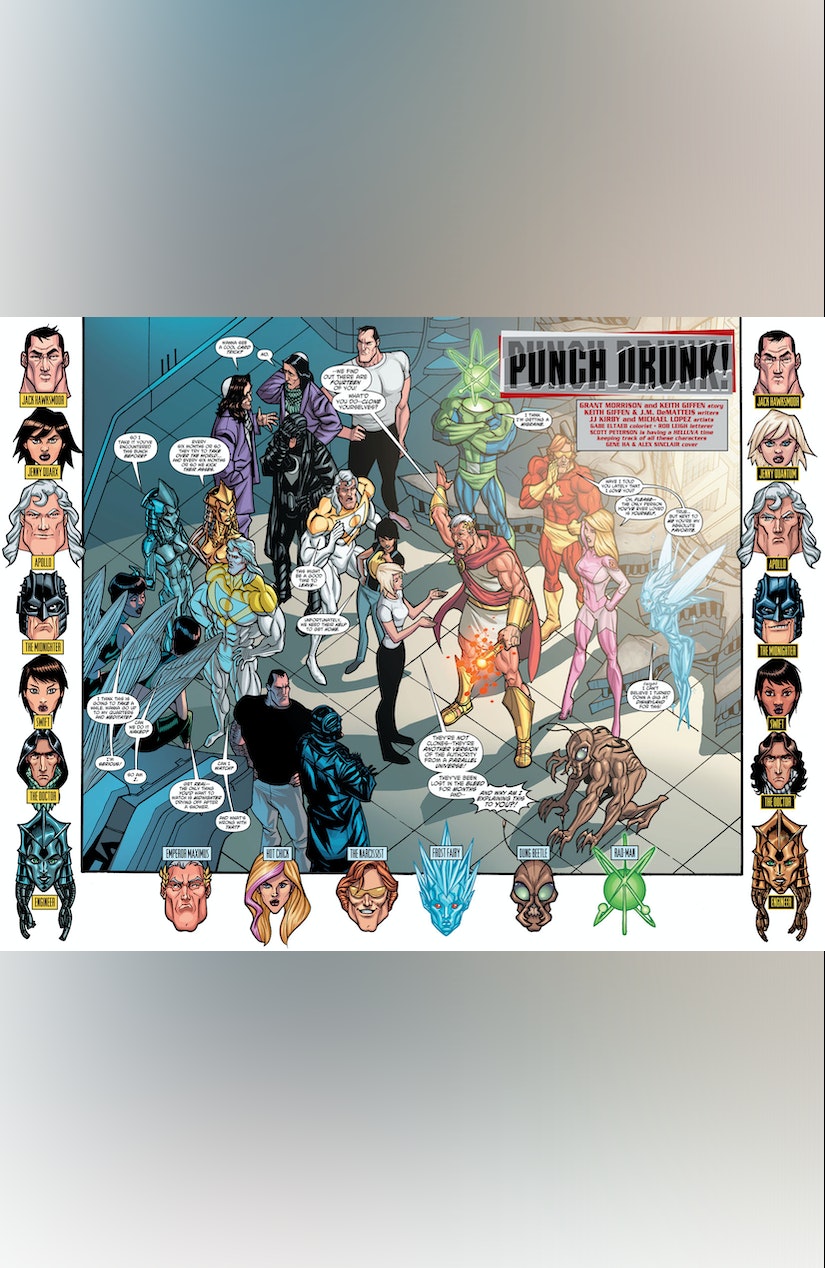 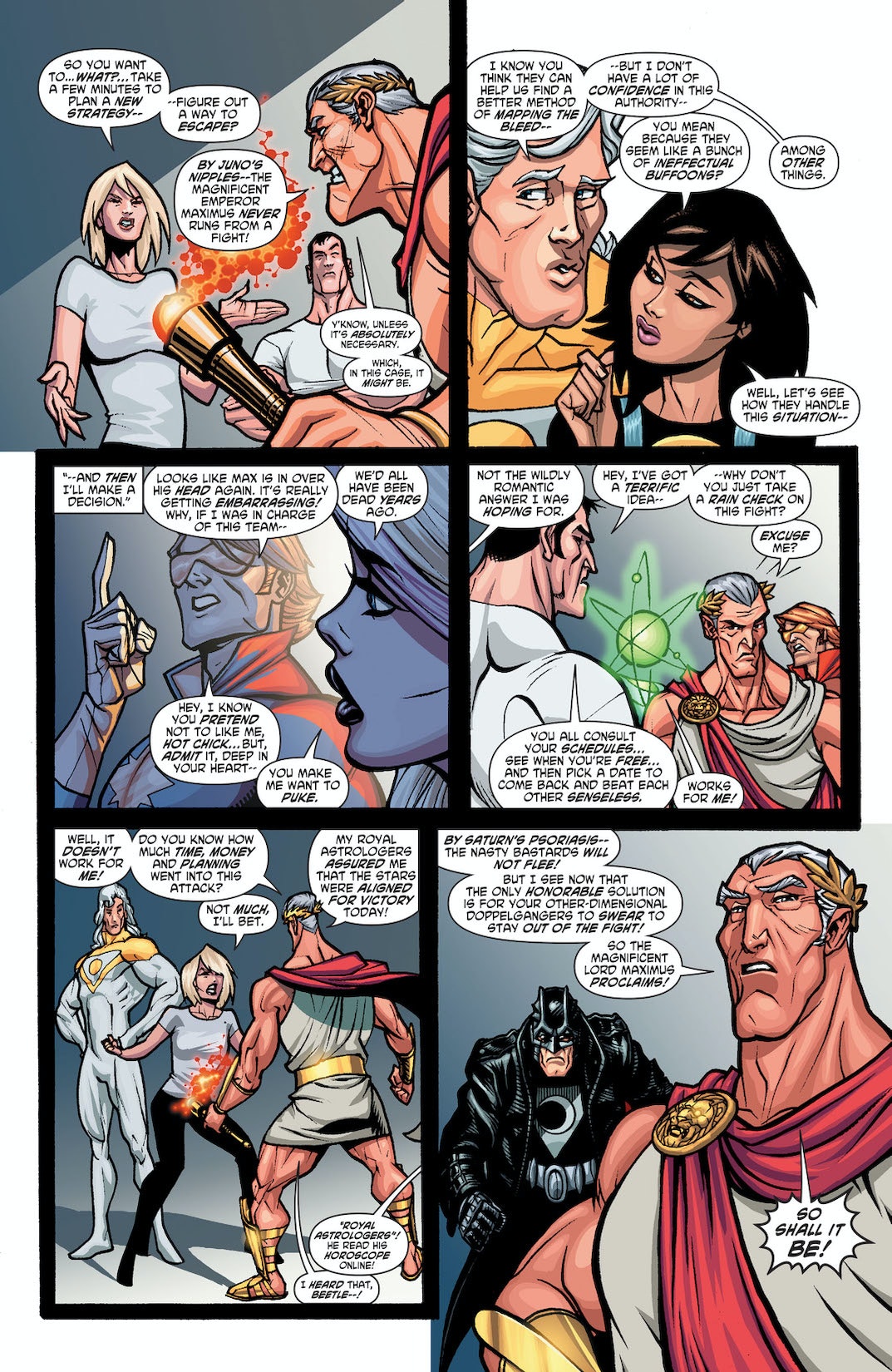 The Authority has been traveling from reality to reality trying to find their way home. They've been attacked by rapacious space parasites and alternate versions of themselves and even had to sacrifice an entire world to survive. But they've never encountered something as strange as the Midnighter as a used car salesman. JUSTICE LEAGUE INTERNATIONAL co-writer J.M. DeMatteis joins Grant Morrison and Keith Giffen to create the oddest Authority tale yet!