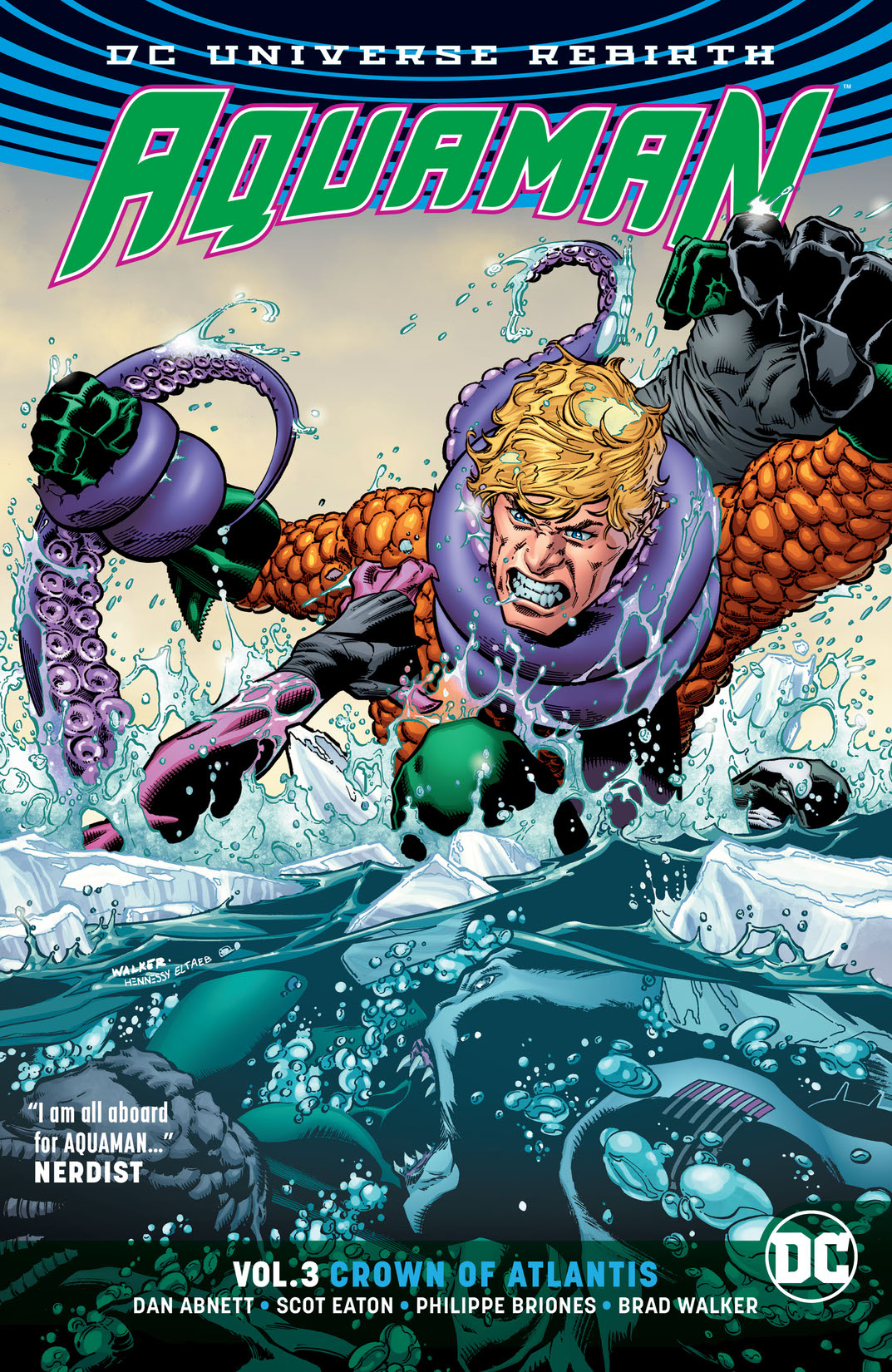 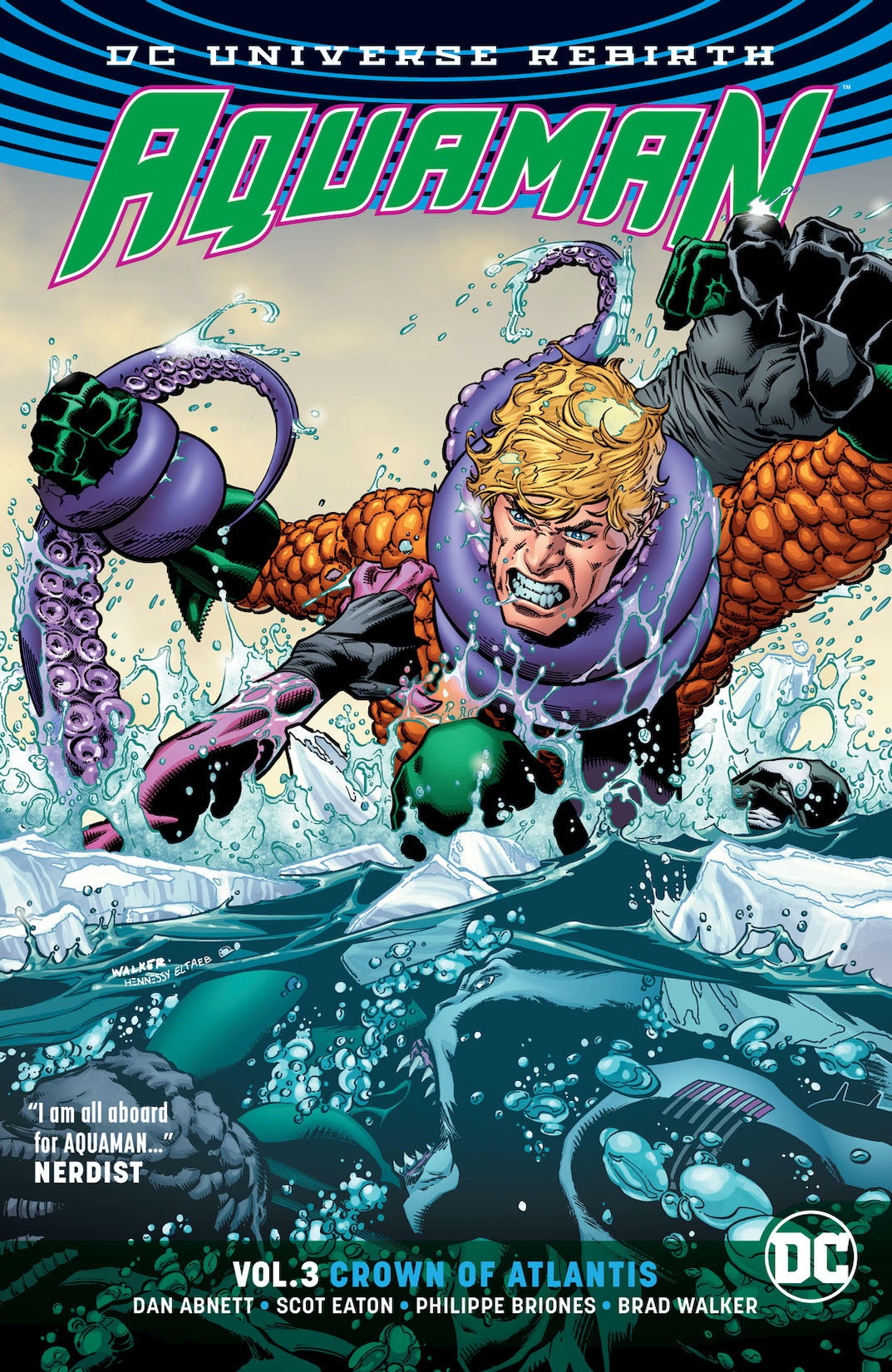 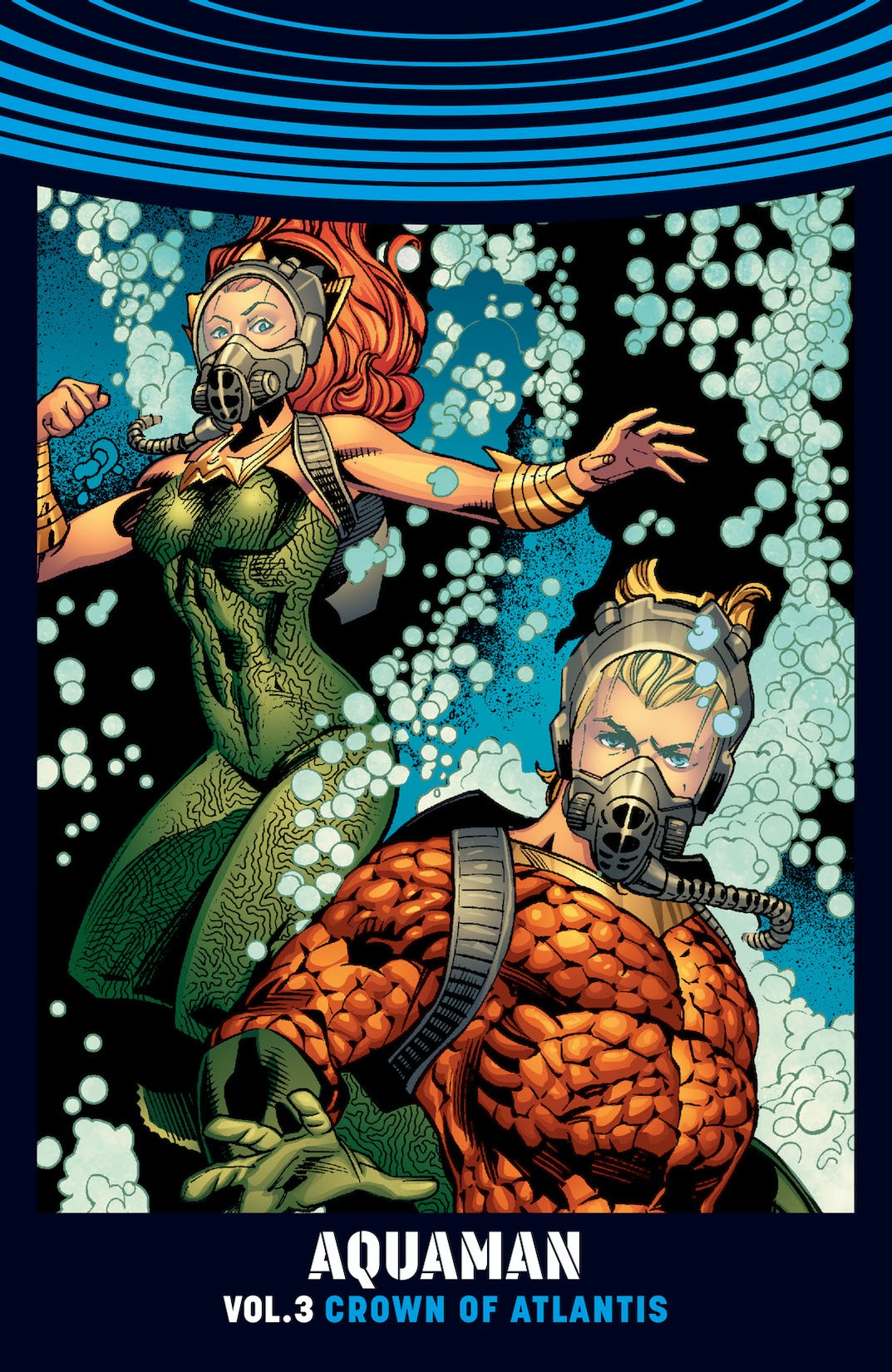 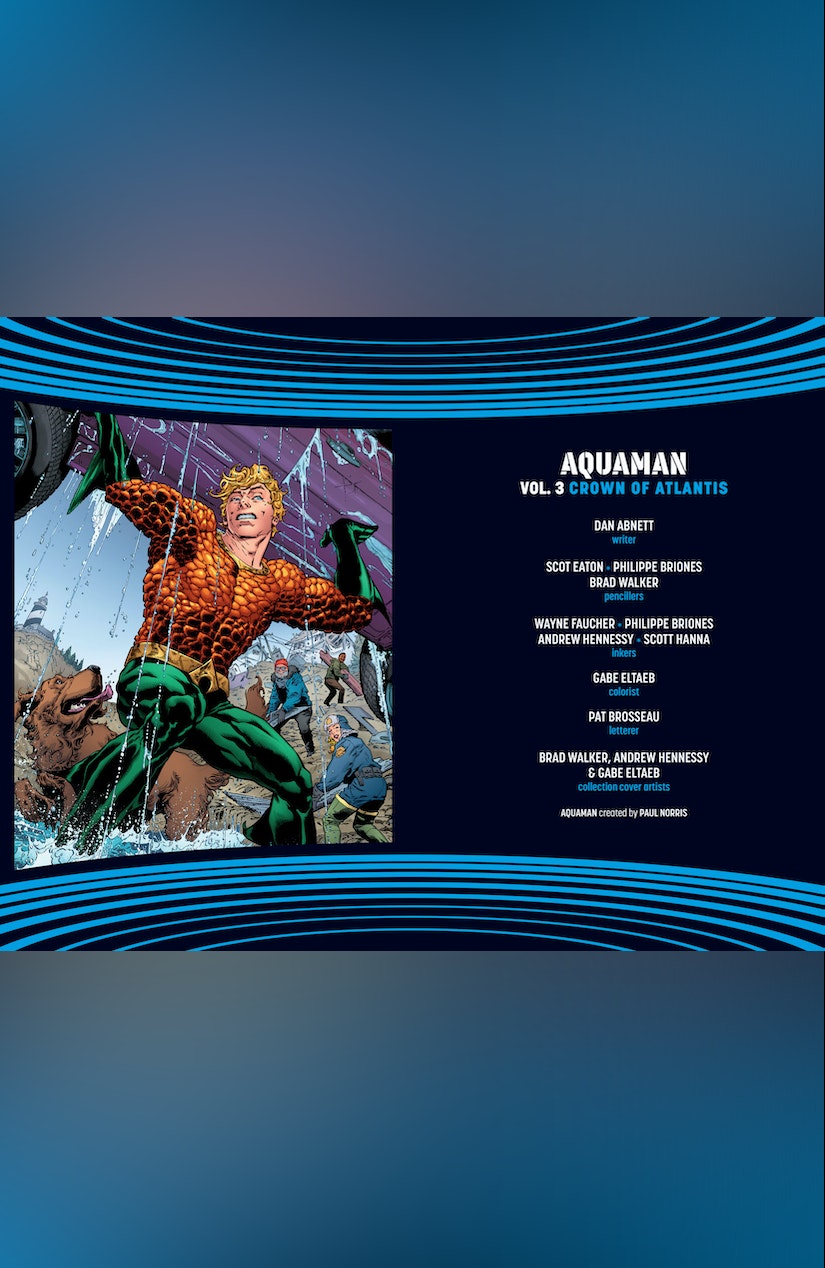 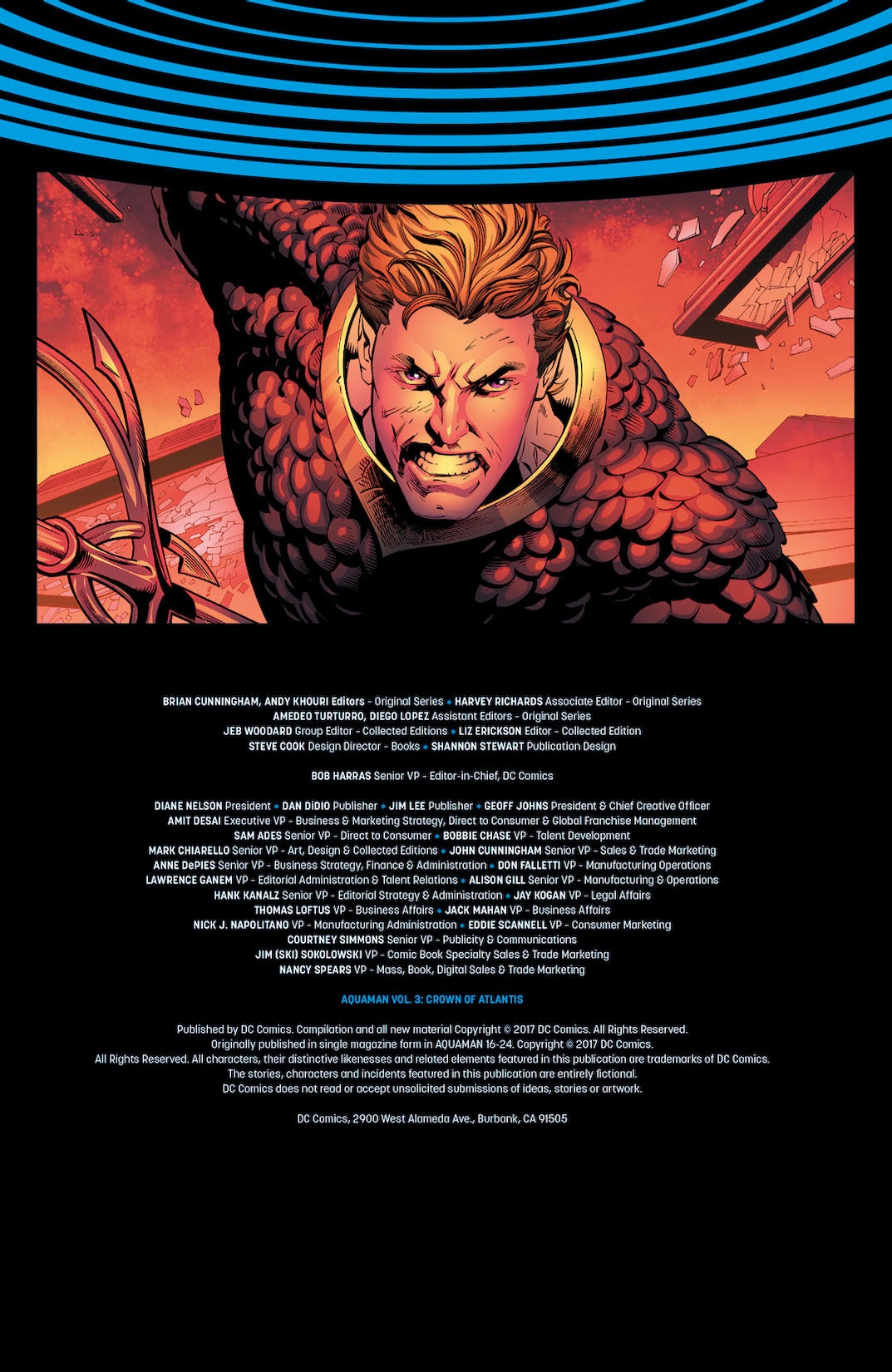 Writer Dan Abnett (TITANS, EARTH 2: SOCIETY) and artists Scot Eaton (BATMAN & ROBIN ETERNAL), Philippe Briones (NEW SUICIDE SQUAD) and Brad Walker (ACTION COMICS) test Aquaman on all sides as DC’s Rebirth continues in AQUAMAN VOL. 3: CROWN OF ATLANTIS! A devastating war between the United States and Atlantis has been averted, all thanks to Aquaman. And for his part in bringing peace, the King of Atlantis has found the respect and recognition that always eluded him...along with a new group of hardcore “Aquafans” he never expected. But with a higher profile comes a target on Aquaman’s back. There’s Warhead, a cyborg with the ability to mentally control humans and use them as weapons. Then there’s Dead Water, a monstrous villain Aquaman thought he’d defeated, and whose mysterious origins he still doesn’t fully understand. To beat them, the King of the Seven Seas will be forced to make alliances with the same Aquamarines who tried to assassinate him—alliances that may prove just as deadly as any enemy. With these ceaseless threats from above and below, political unrest is rising among the citizens of Atlantis. Even if Aquaman succeeds in keeping his kingdom safe, will he be able to hold on to his throne? Collects issues #16-24.