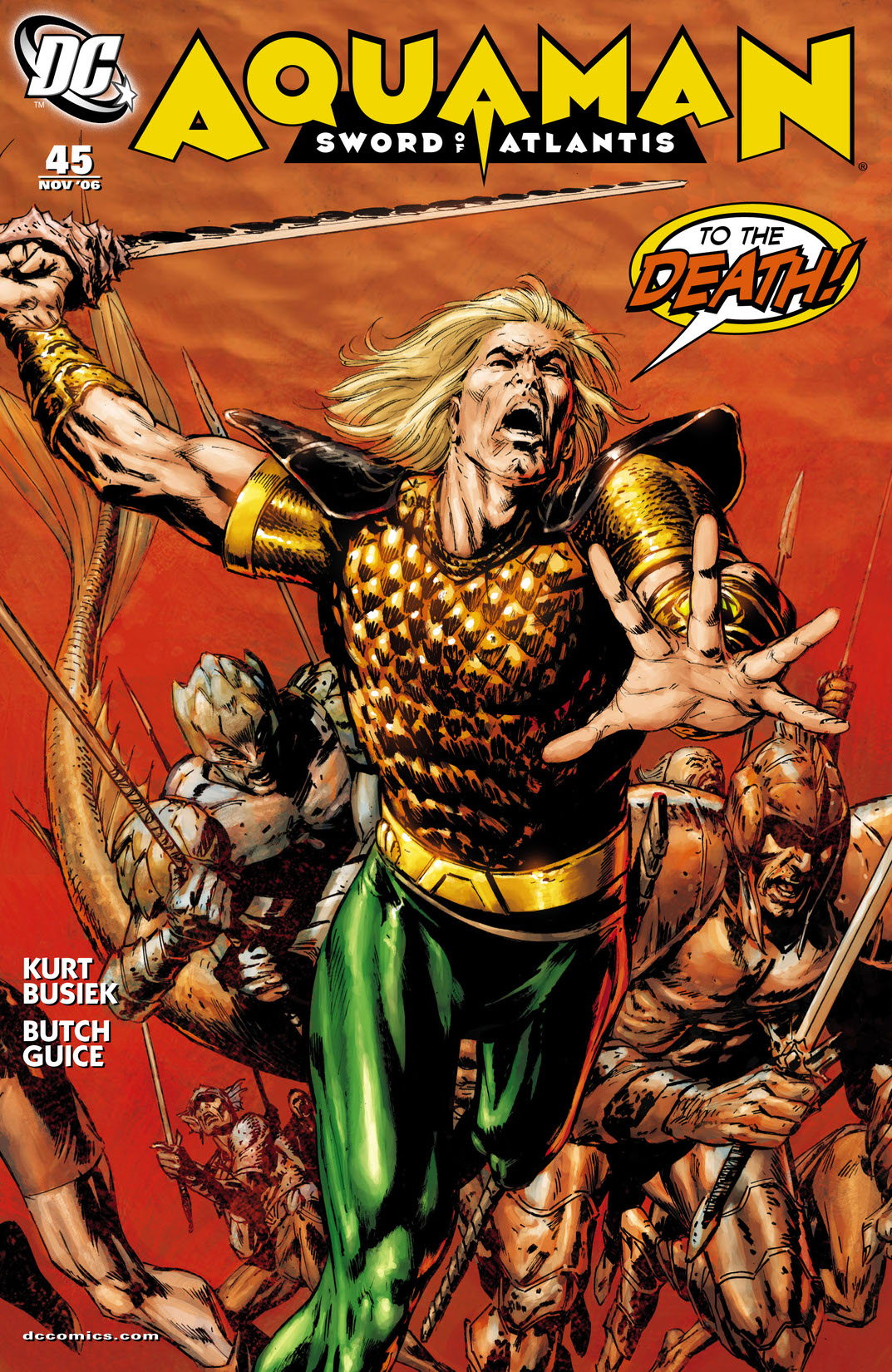 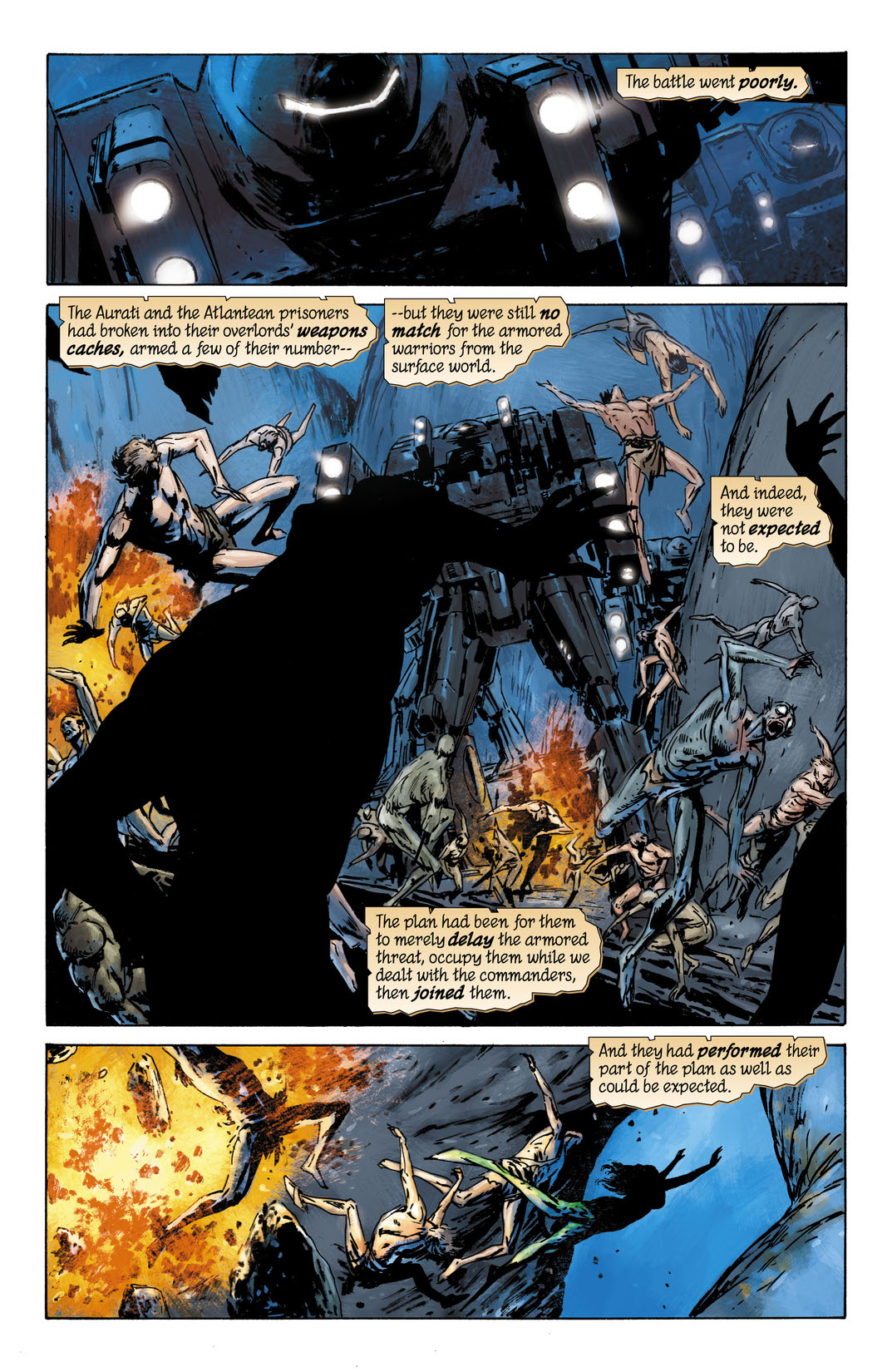 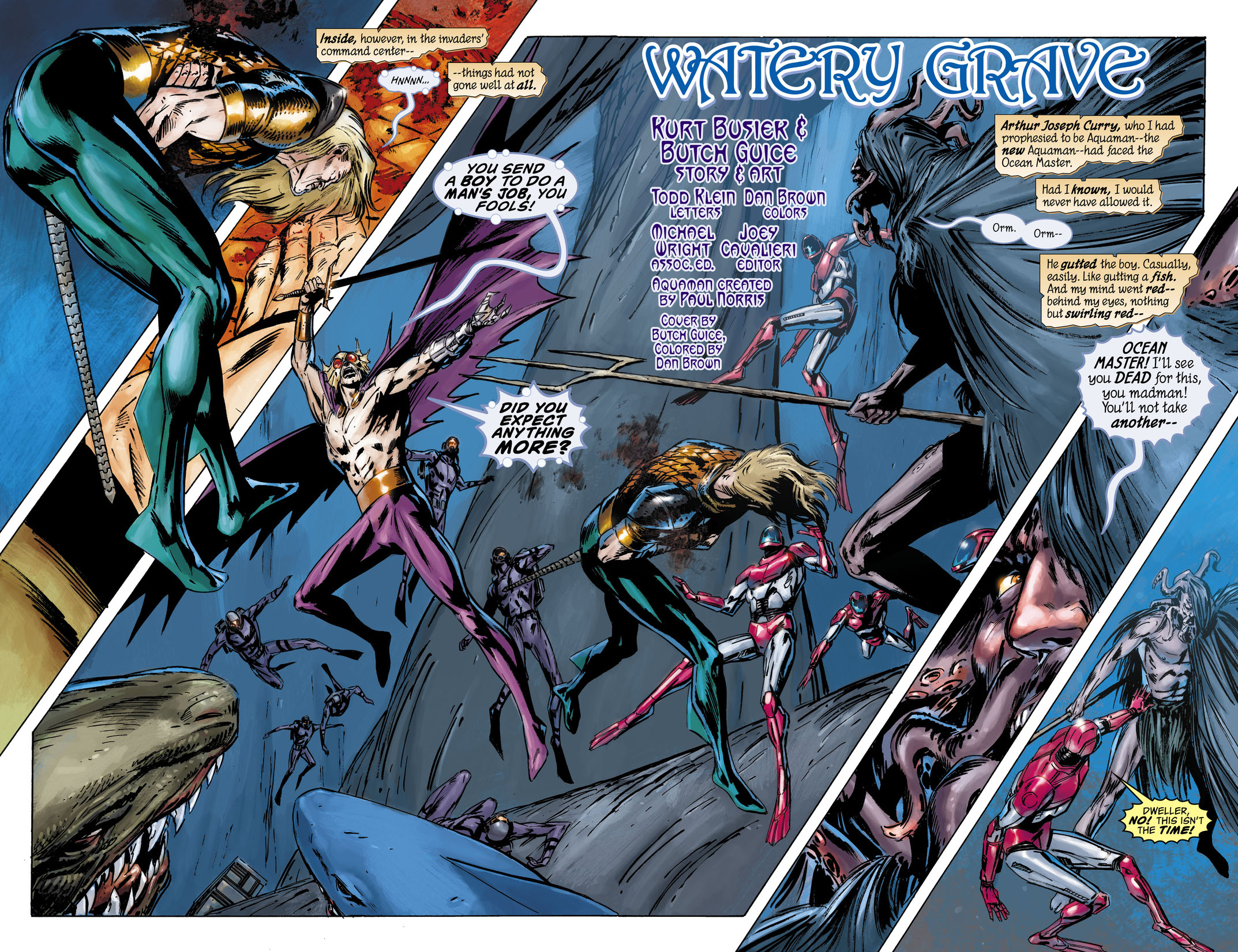 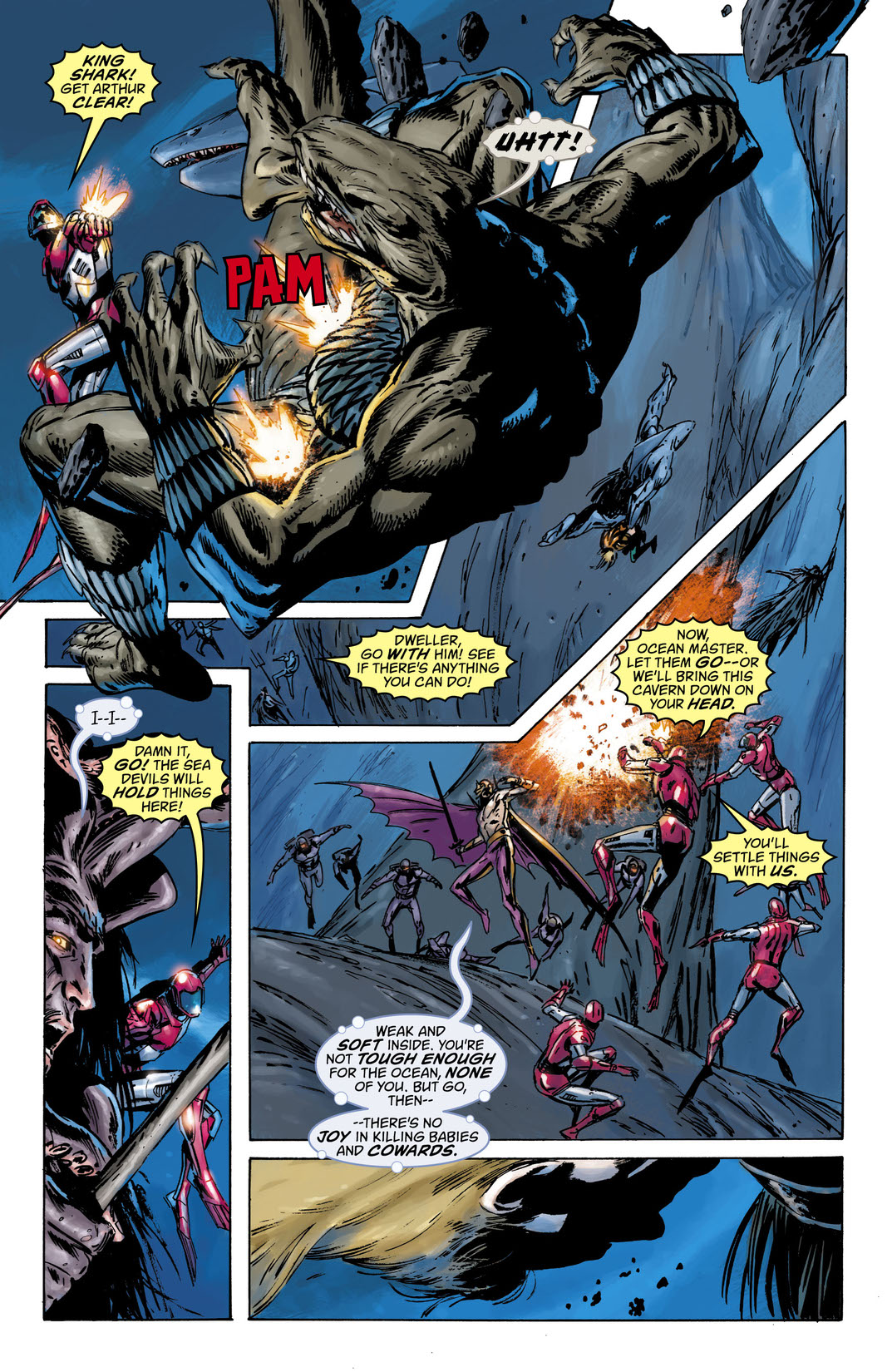 Don't miss the destructive and deadly climax of Aquaman's first true test of heroism! He must take command in an all-out undersea war to defeat an enemy who nearly killed him, and embrace or reject his destiny. Plus, Aquaman discovers new powers, and secrets behind his alliance with King Shark are revealed!