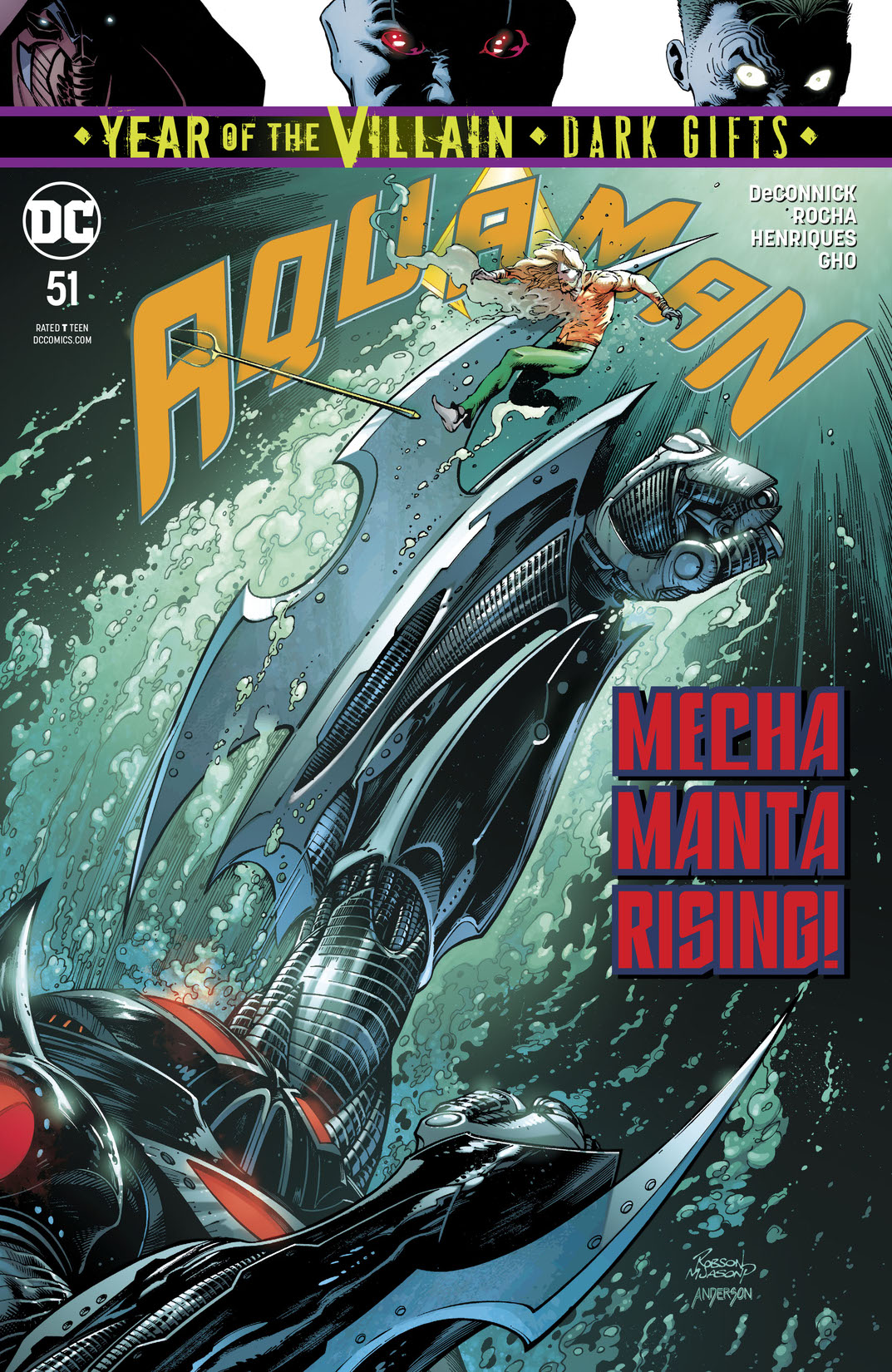 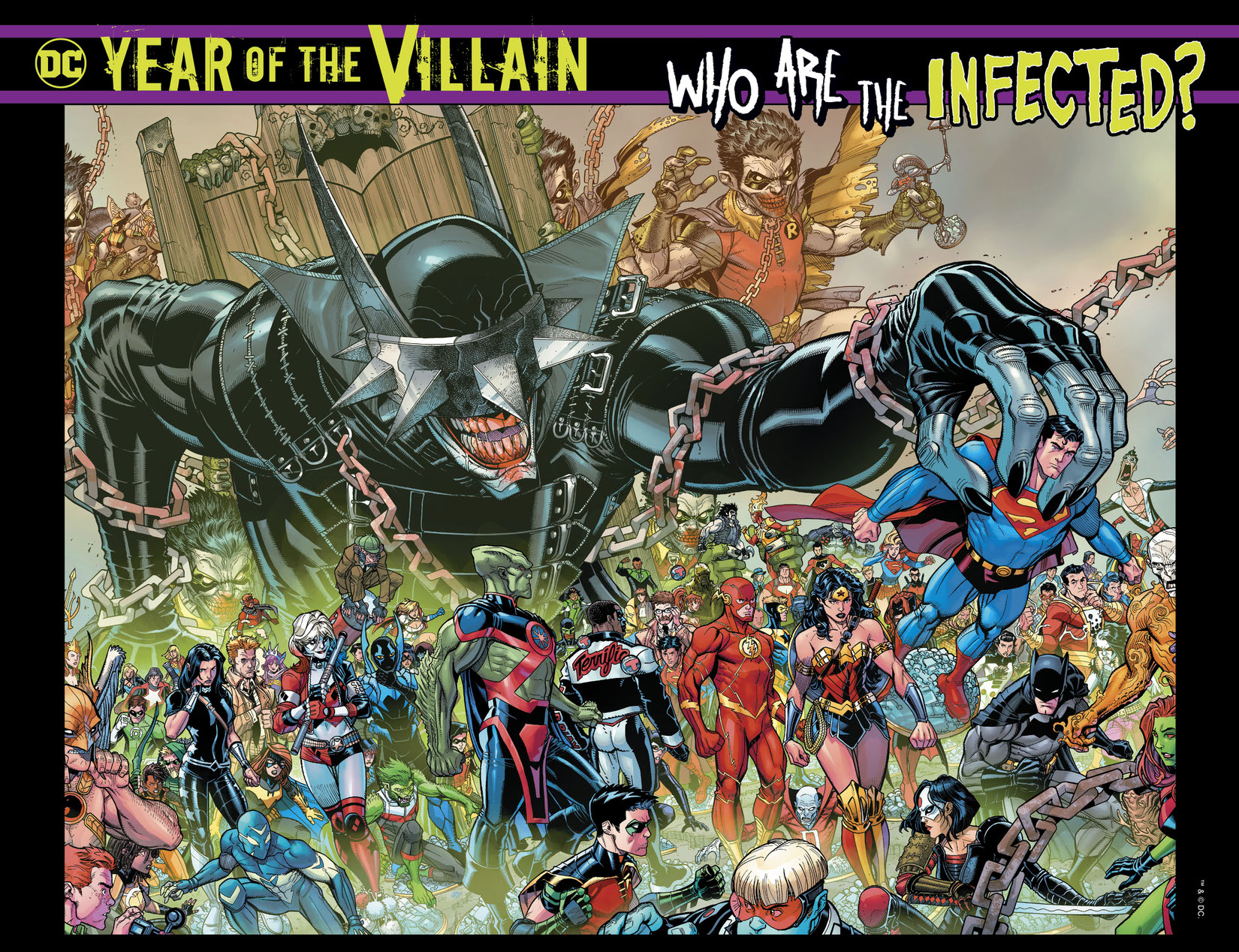 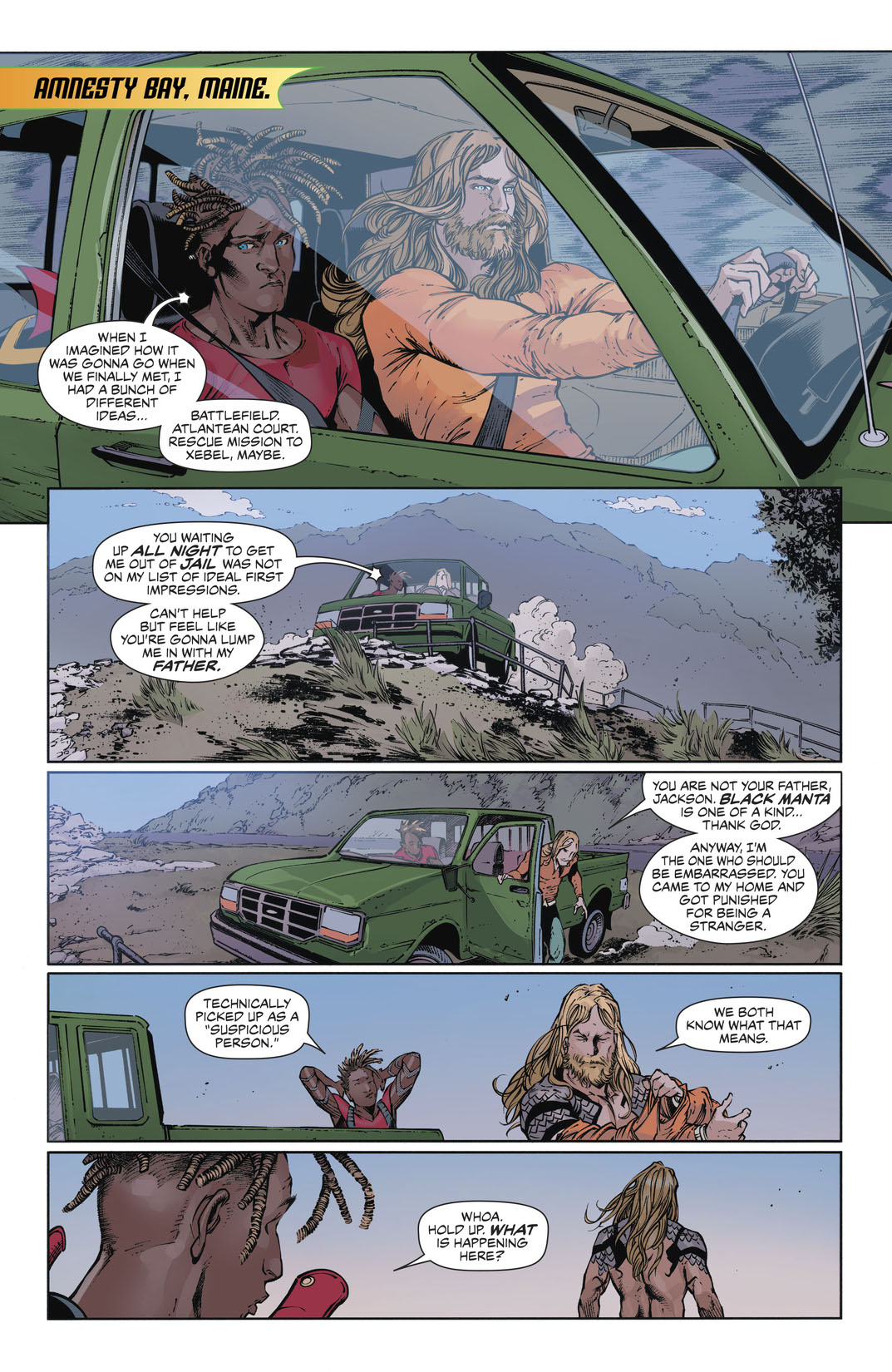 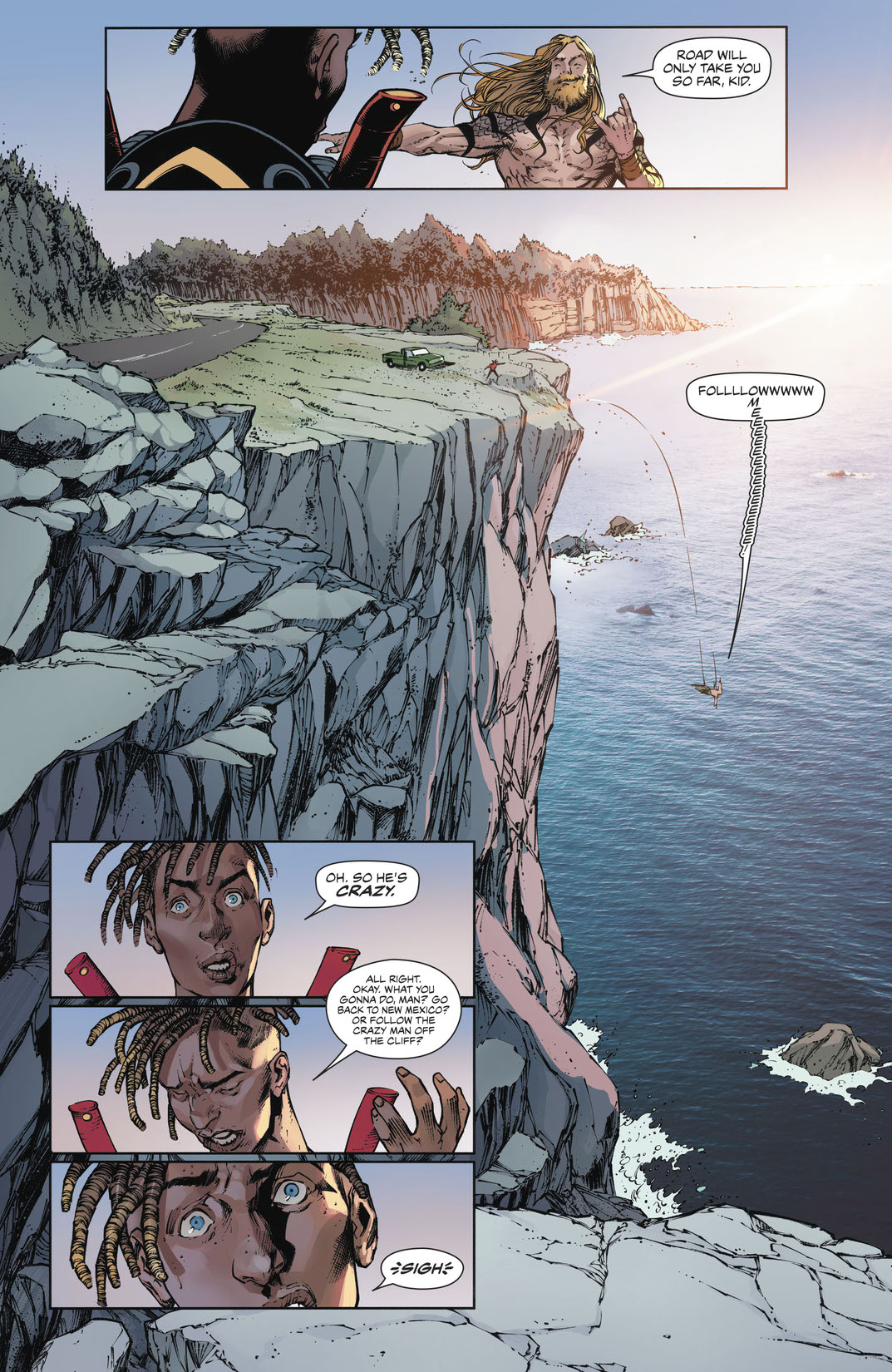 Lex Luthor’s surprising offer to Black Manta is revealed! But is it too good to be true? Plus, a gruesome murder in Amnesty Bay shocks the town to its core…and the prime suspects are none other than the Old Gods! Can Aquaman and his new partner Aqualad solve this murder mystery?