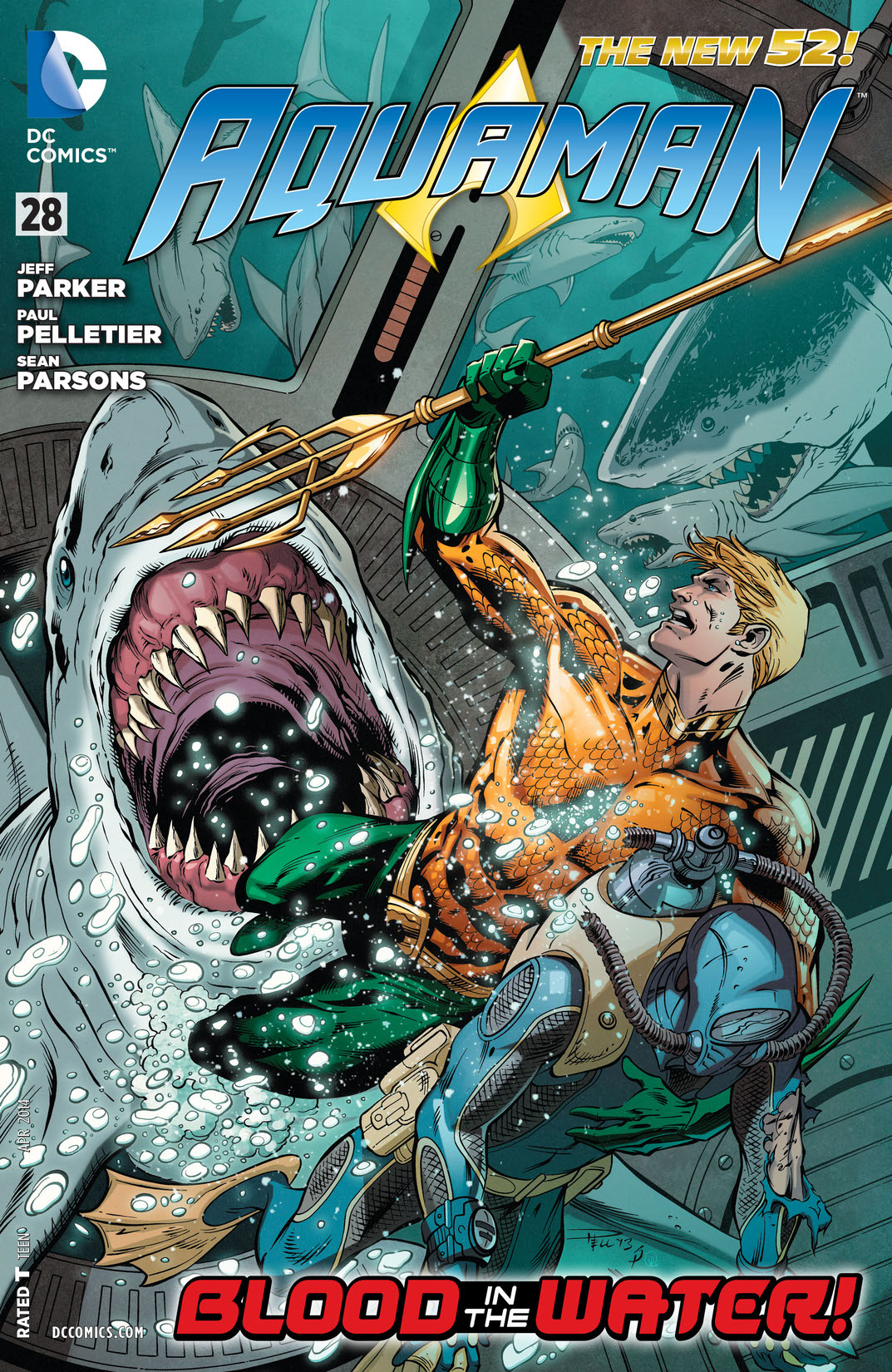 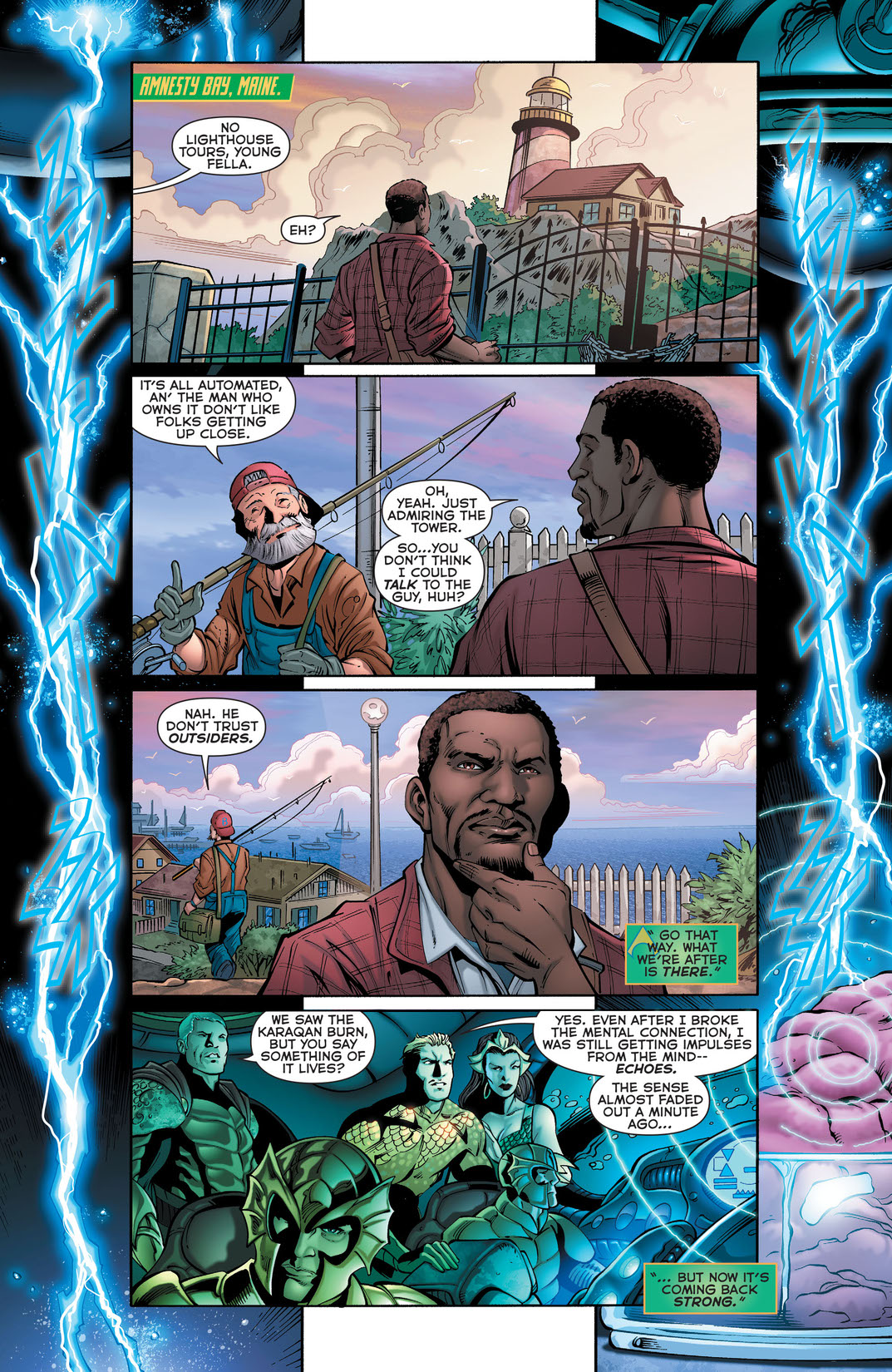 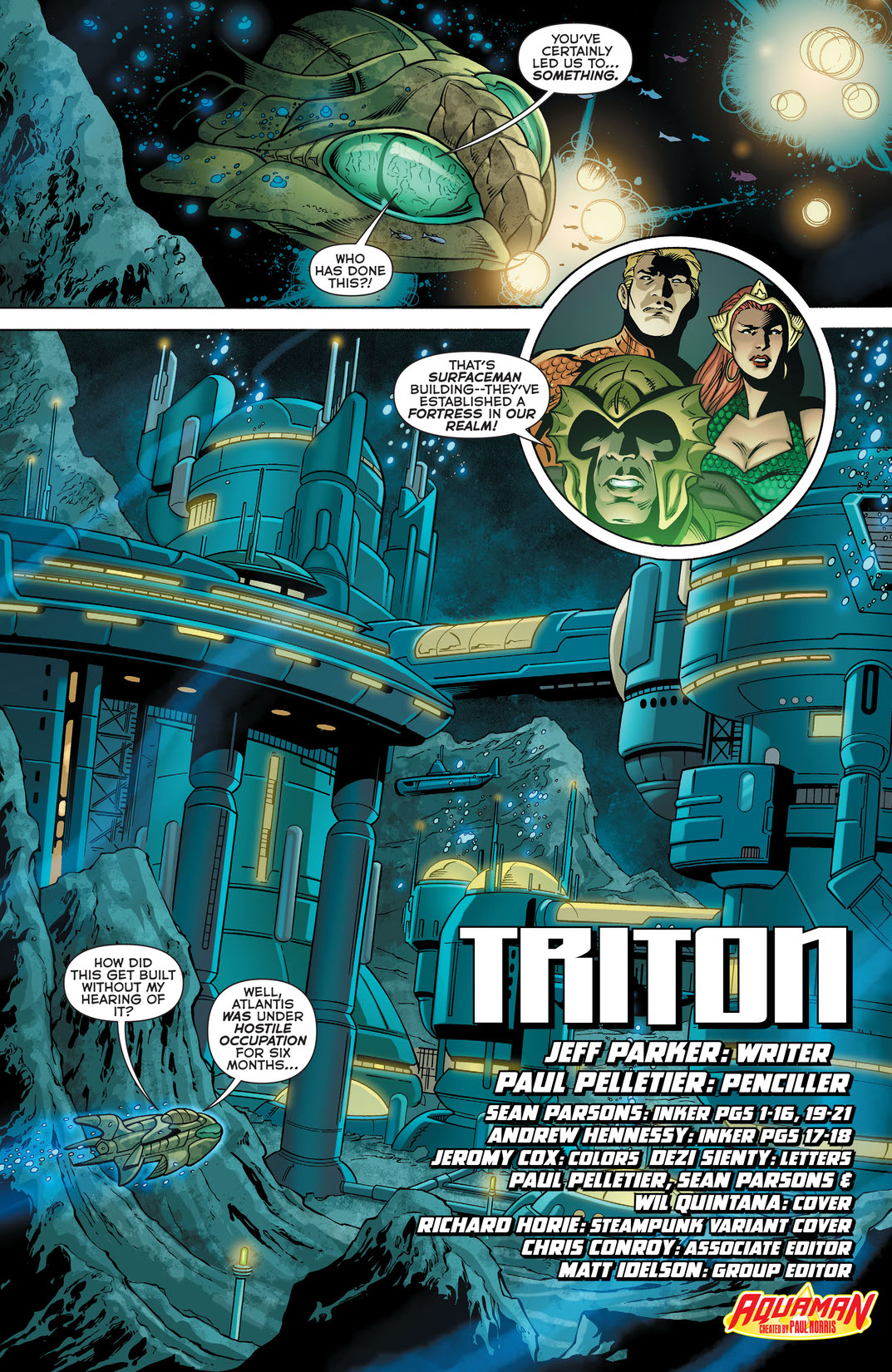 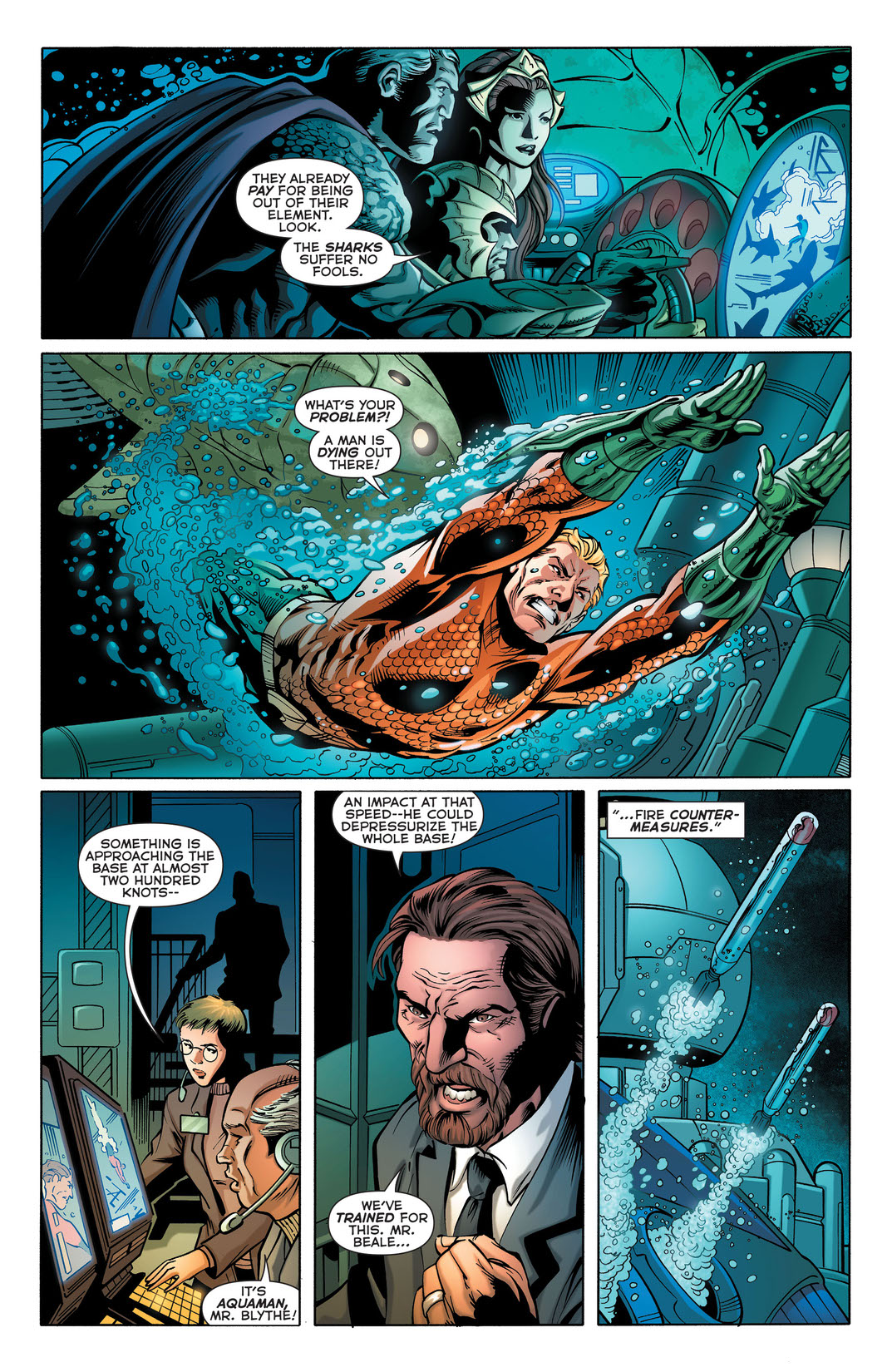 He's saved a diver from a vicious shark attack, but he'll soon regret it. His most powerful weapon has been stolen from his care, and he's never even heard of the man who took it. But Aquaman's greatest challenge yet may be Amnesty Bay's ten-year high school reunion.