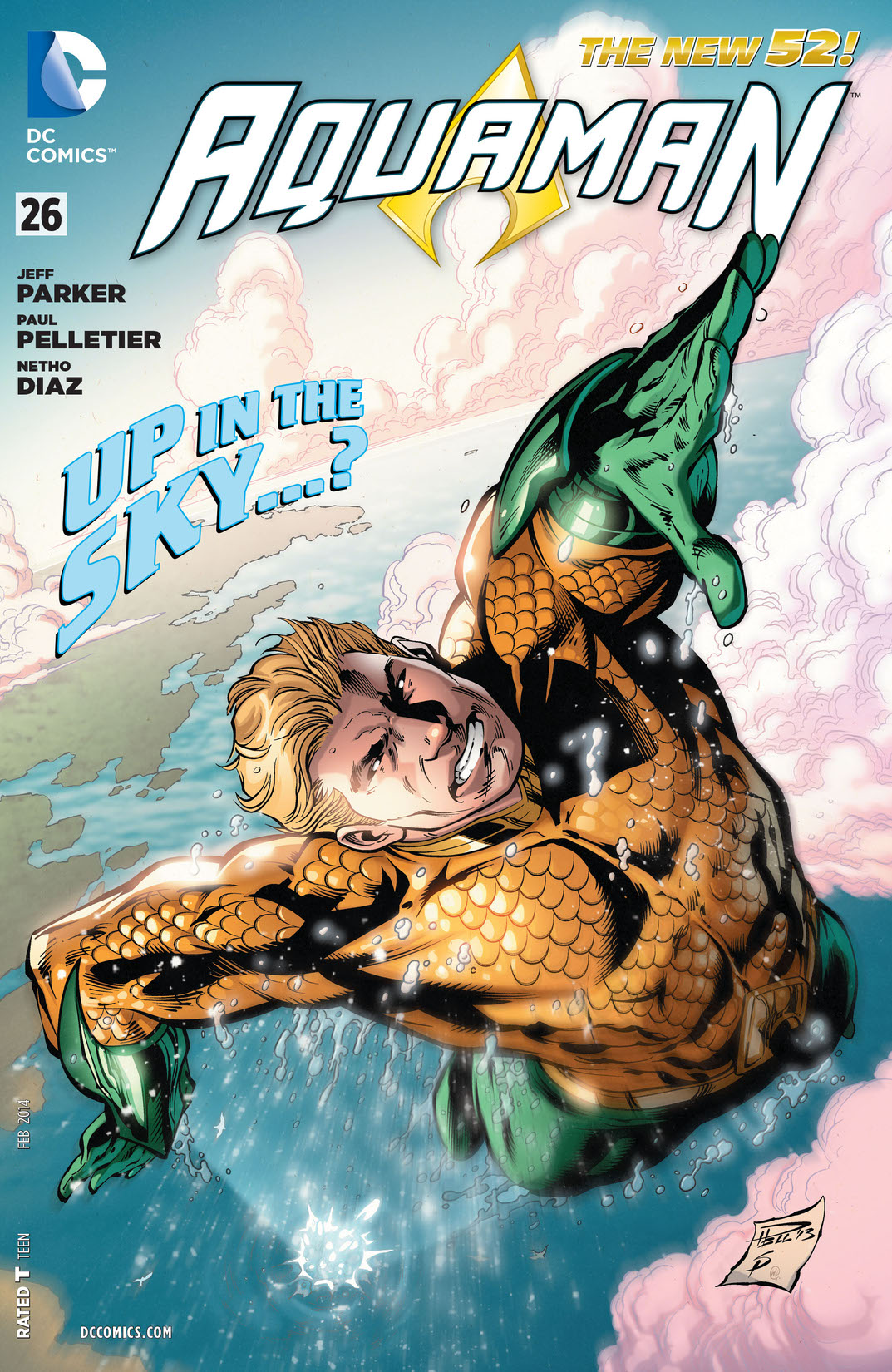 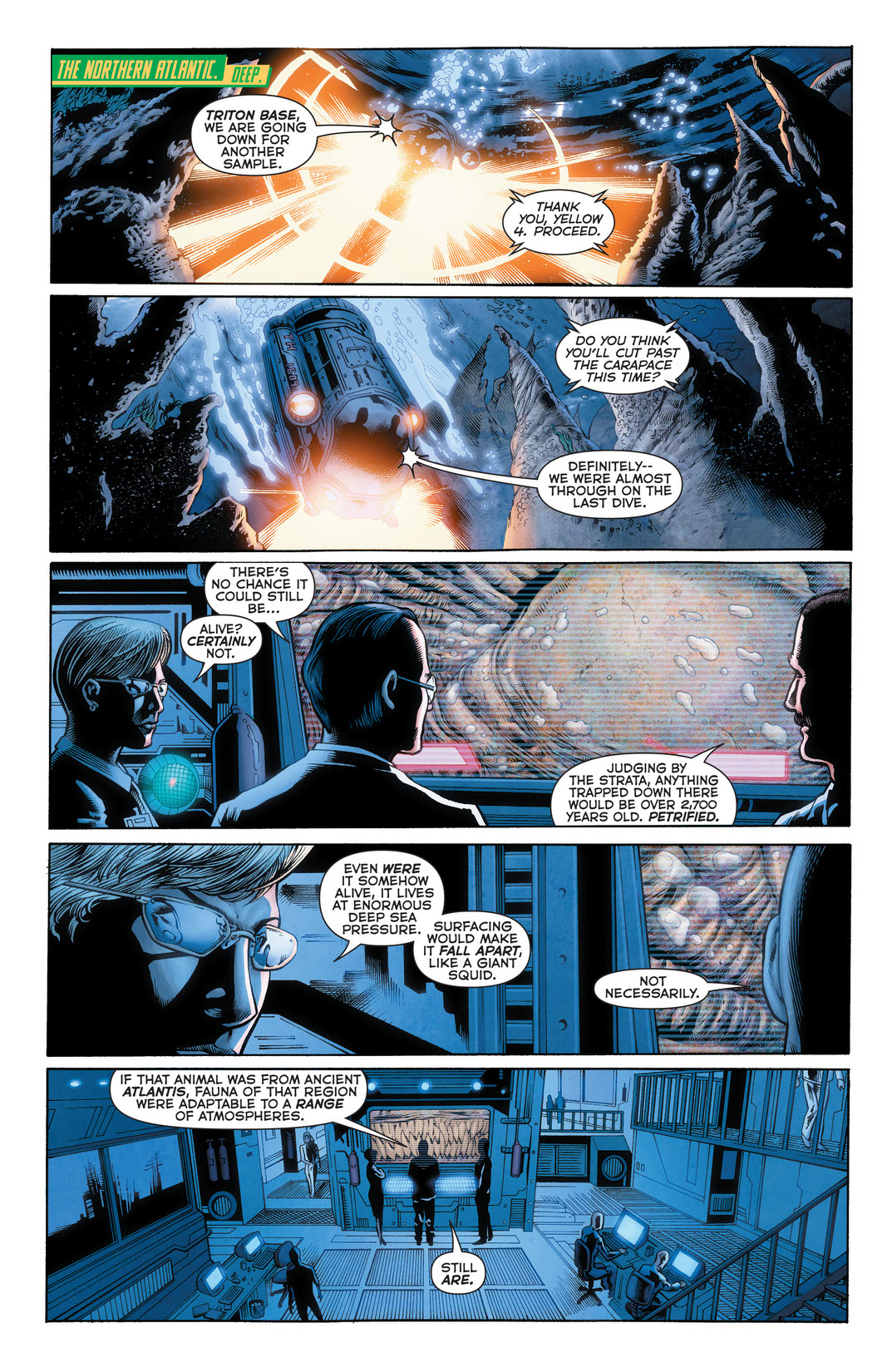 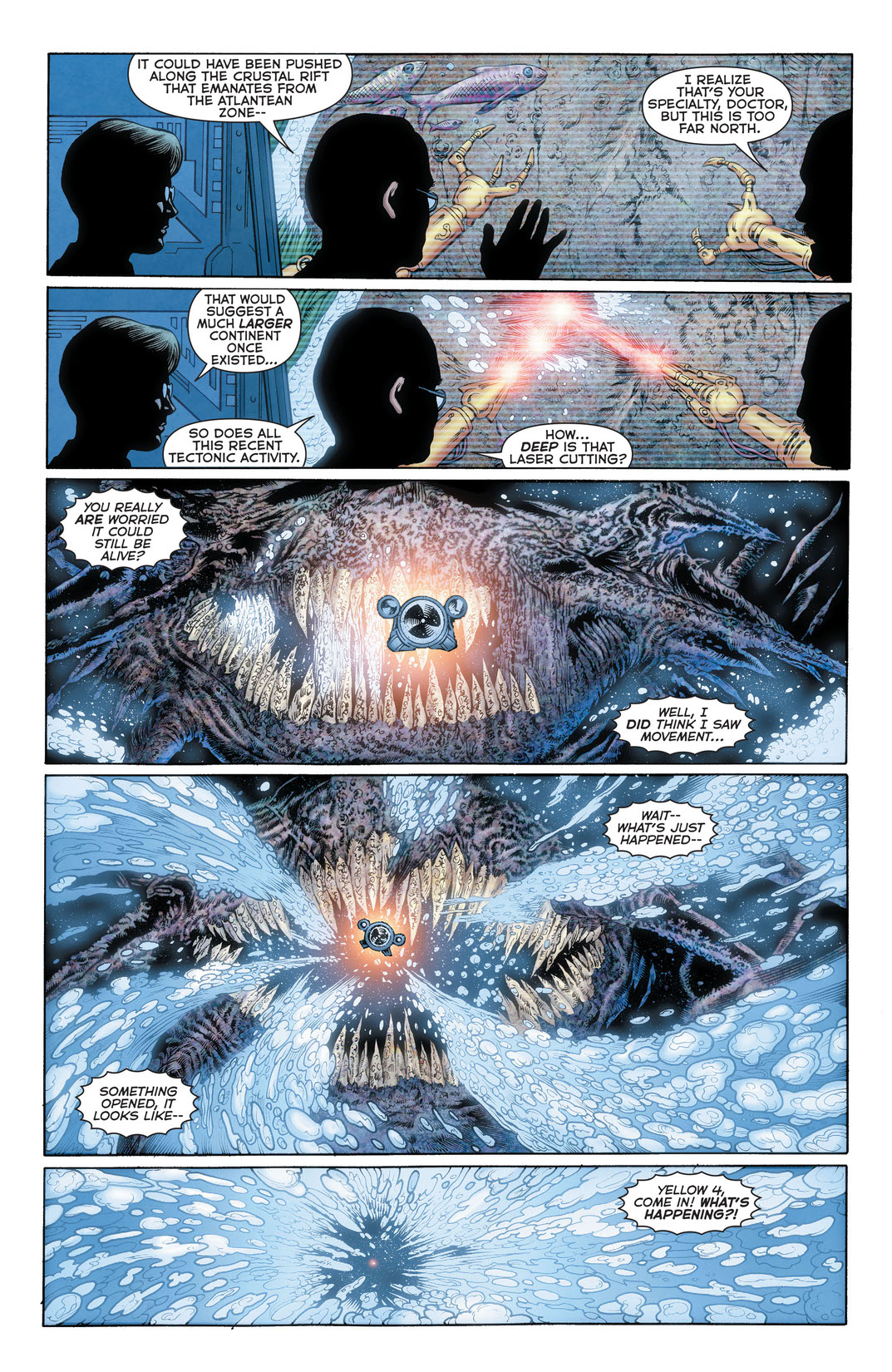 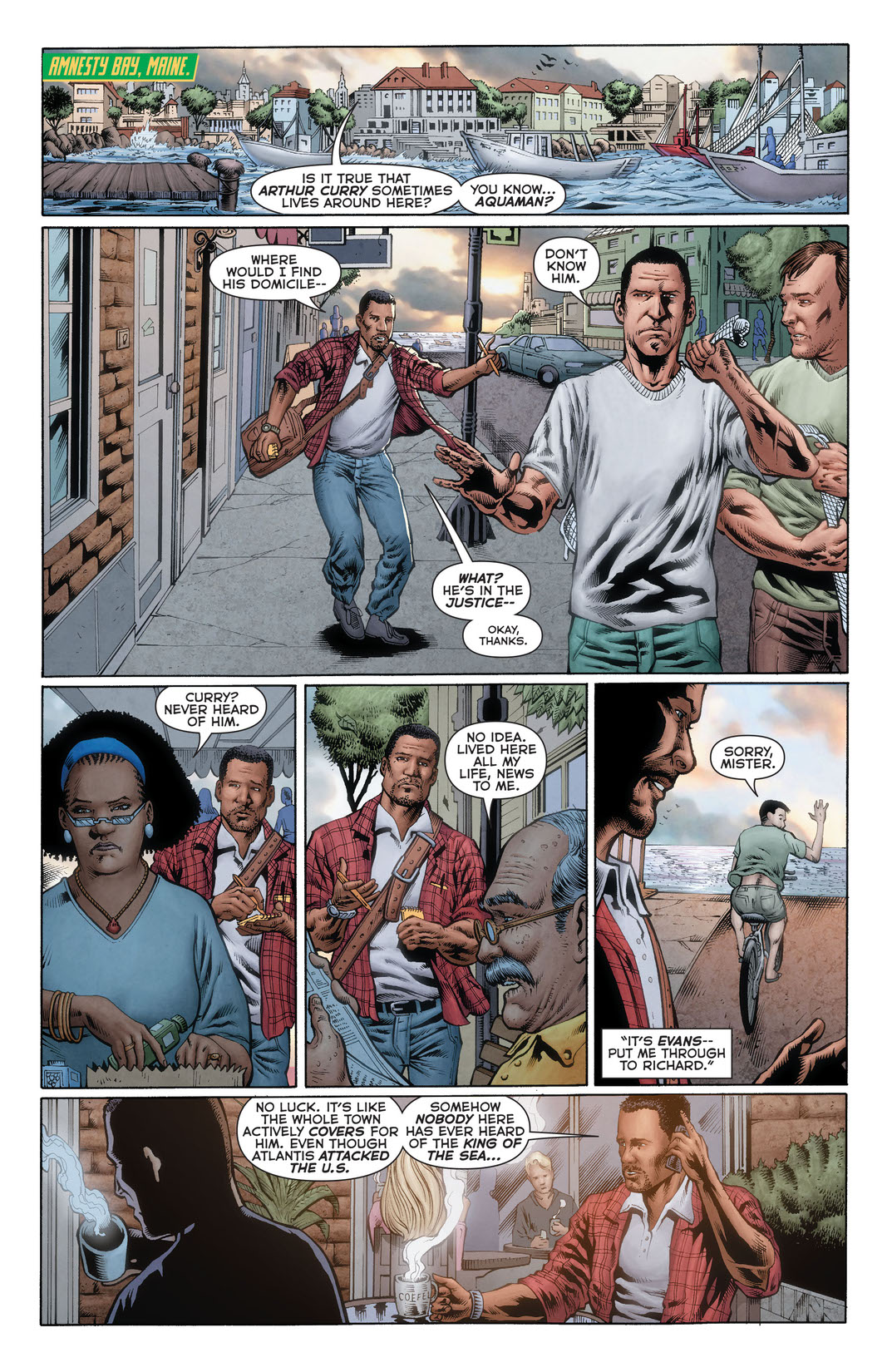 Sea of Storms' part 1! The Earth's crust is grinding to life, releasing deadly volcanoes and bizarre creatures...so humanity's first instinct is to blame Atlantis. As the plates pull apart, the pressures of ruling a kingdom under siege weigh on Aquaman and Mera as well.