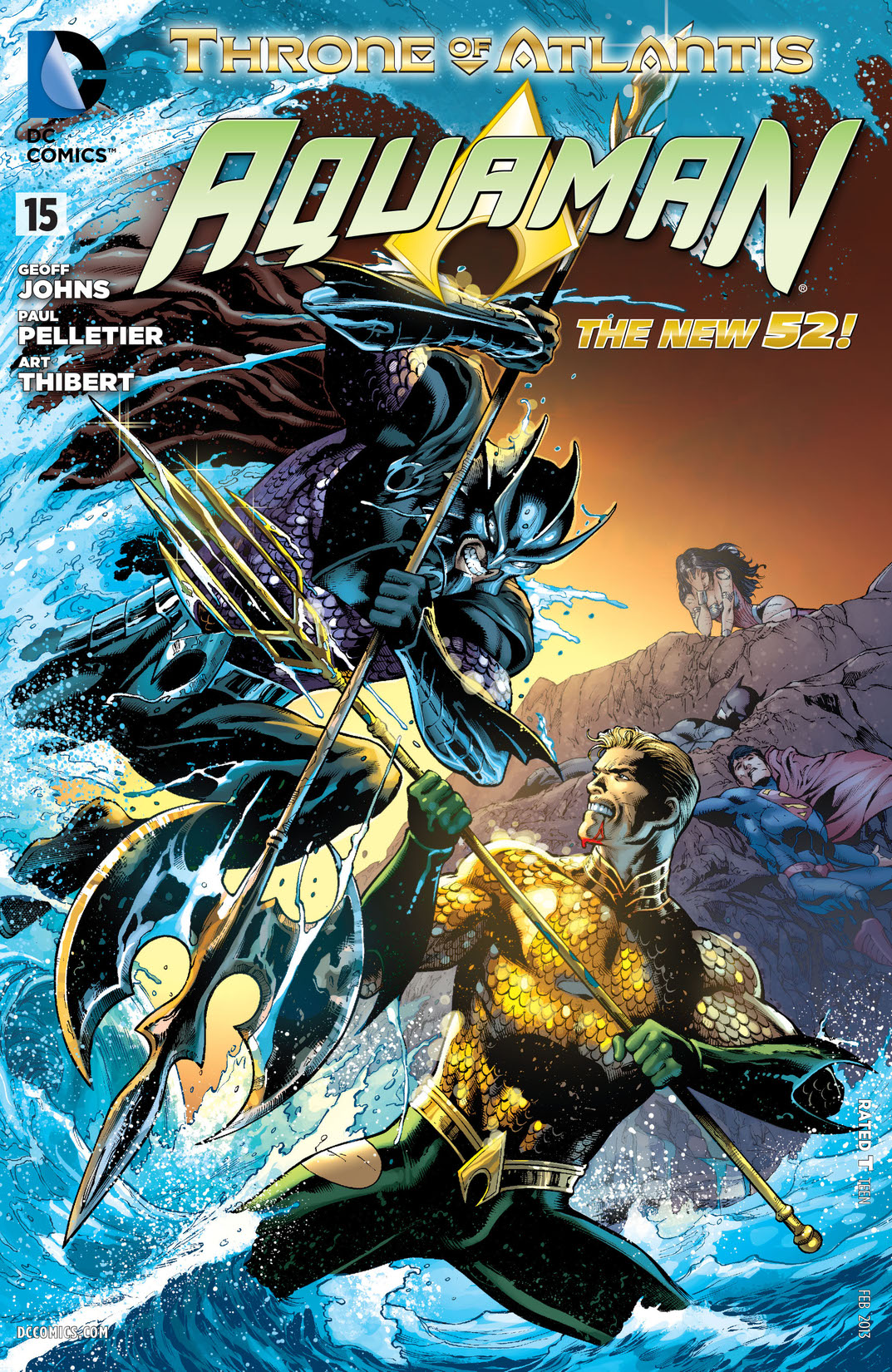 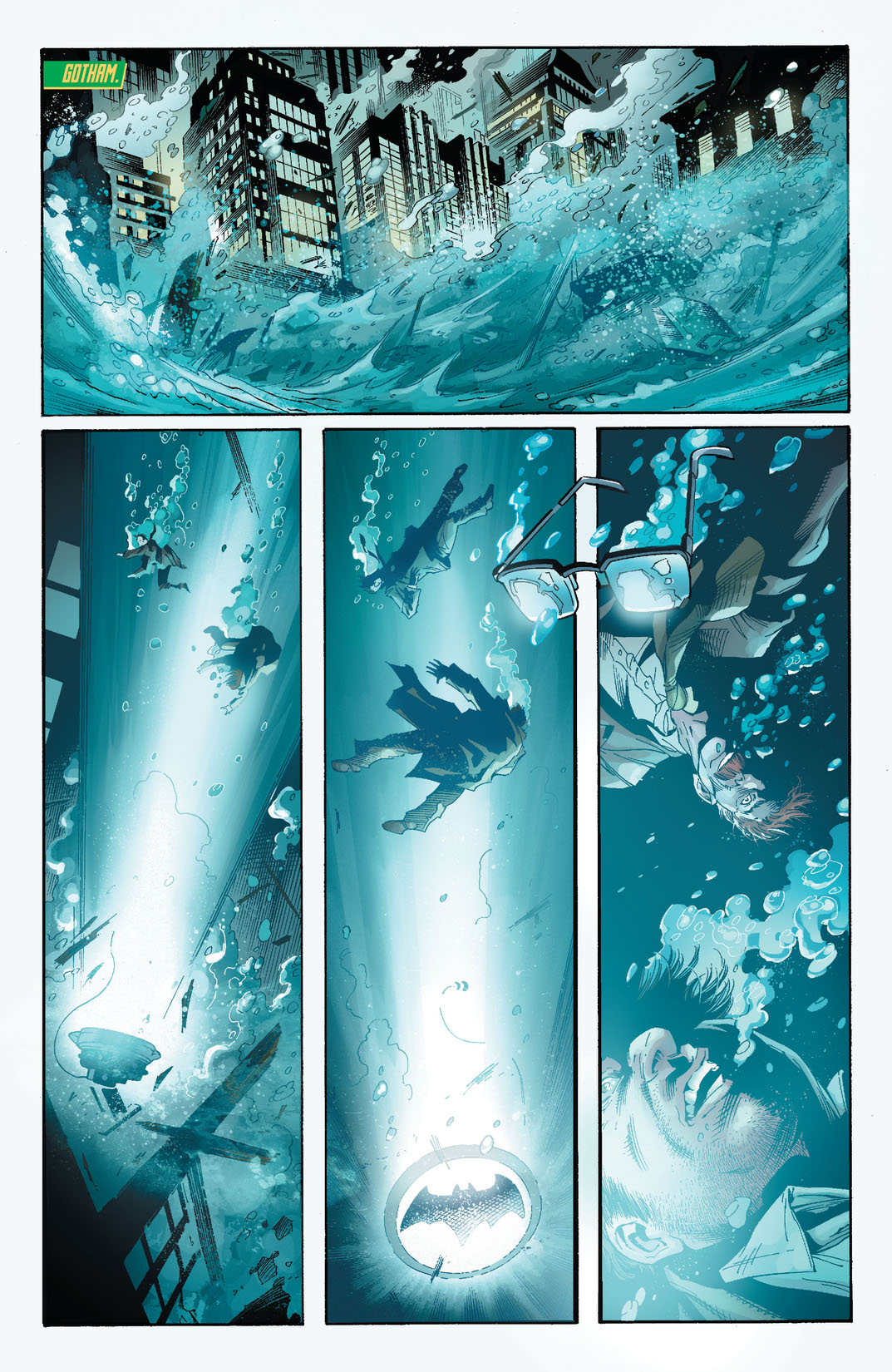 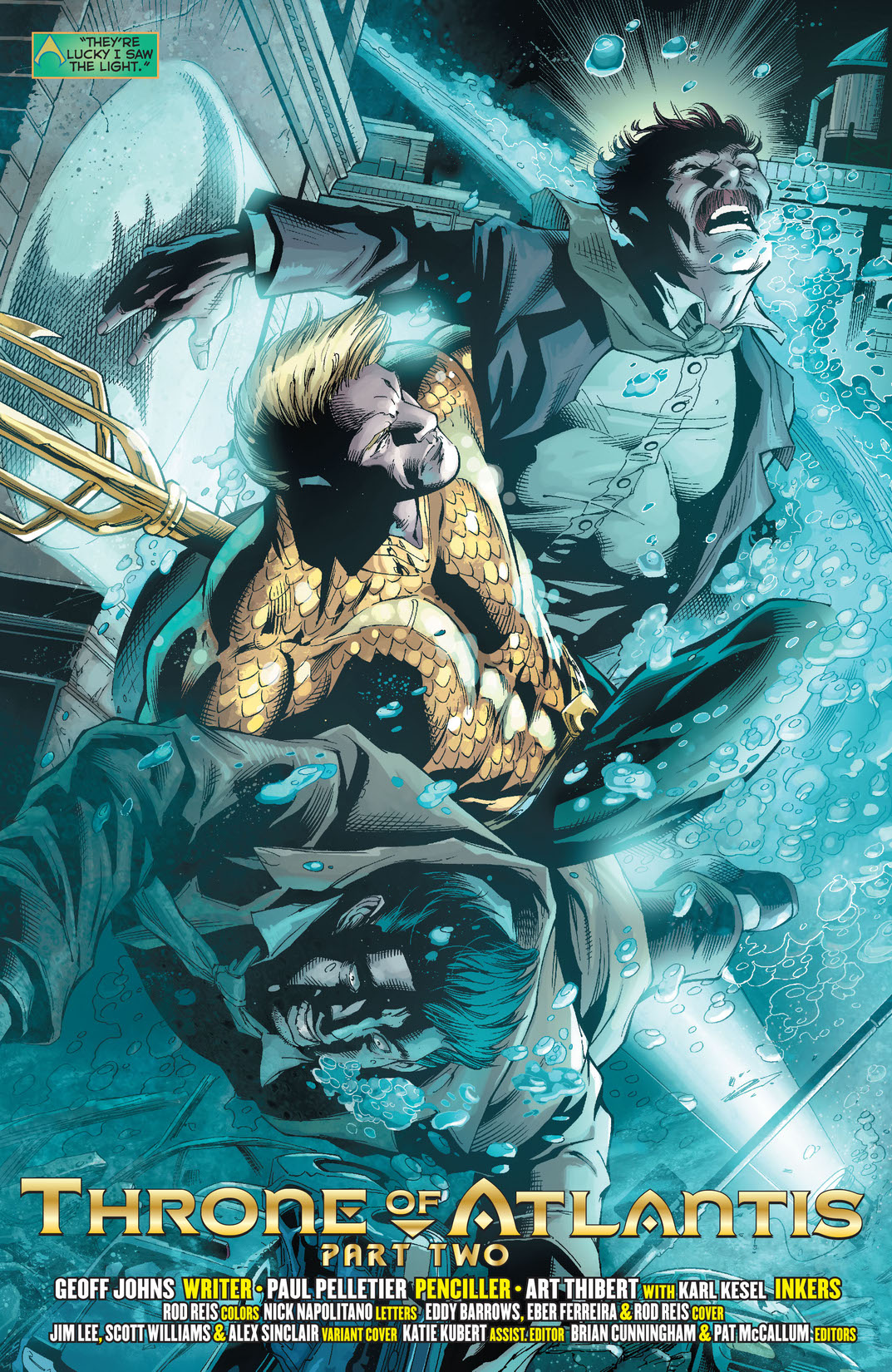 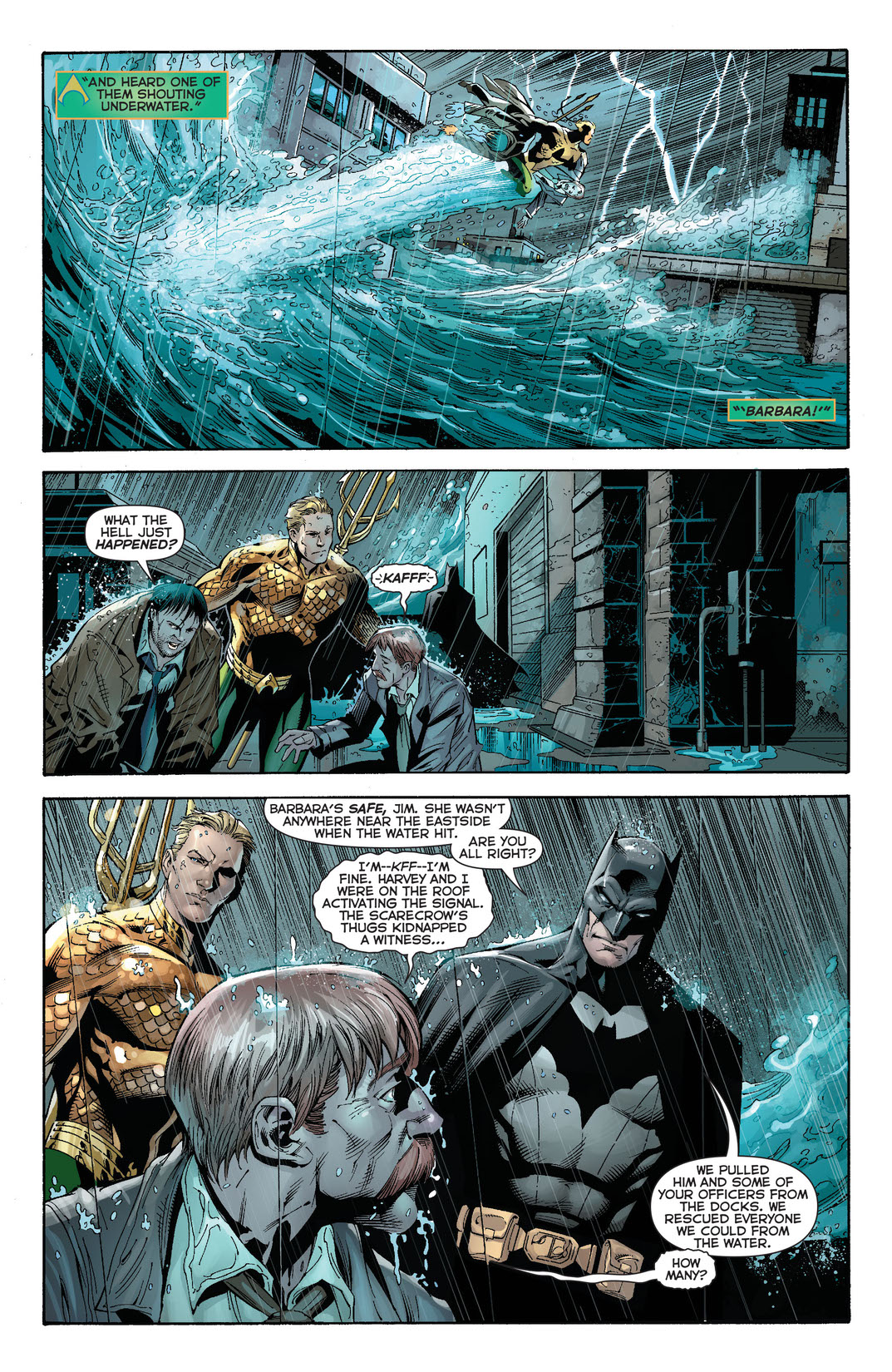 Throne of Atlantis' part 2, continued from JUSTICE LEAGUE (2011- ) #15. The flooding of Gotham City puts Aquaman at odds with the rest of the League on how to deal with the threat of Atlantis. Plus, the New 52 debut of Ocean Master!