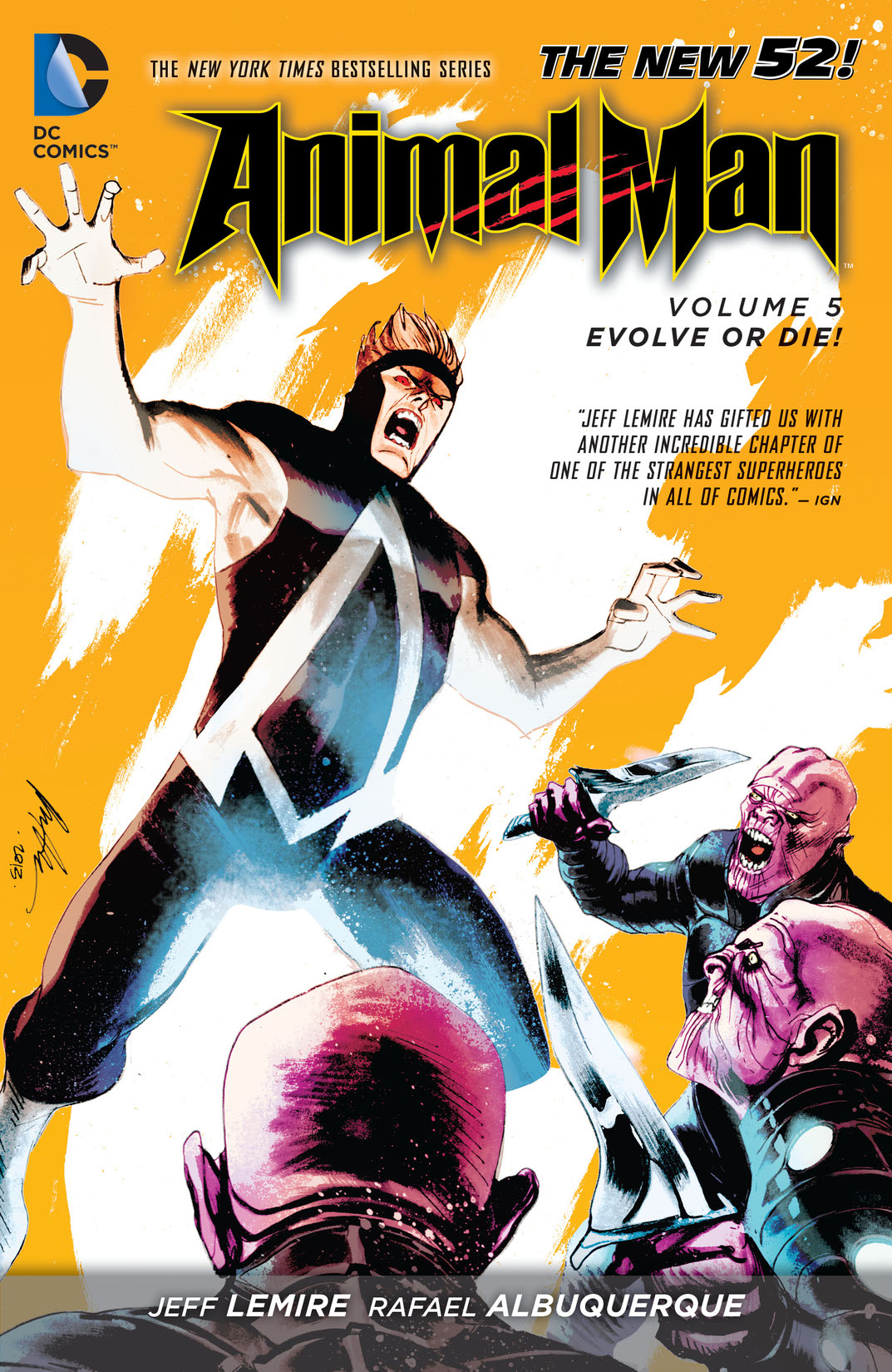 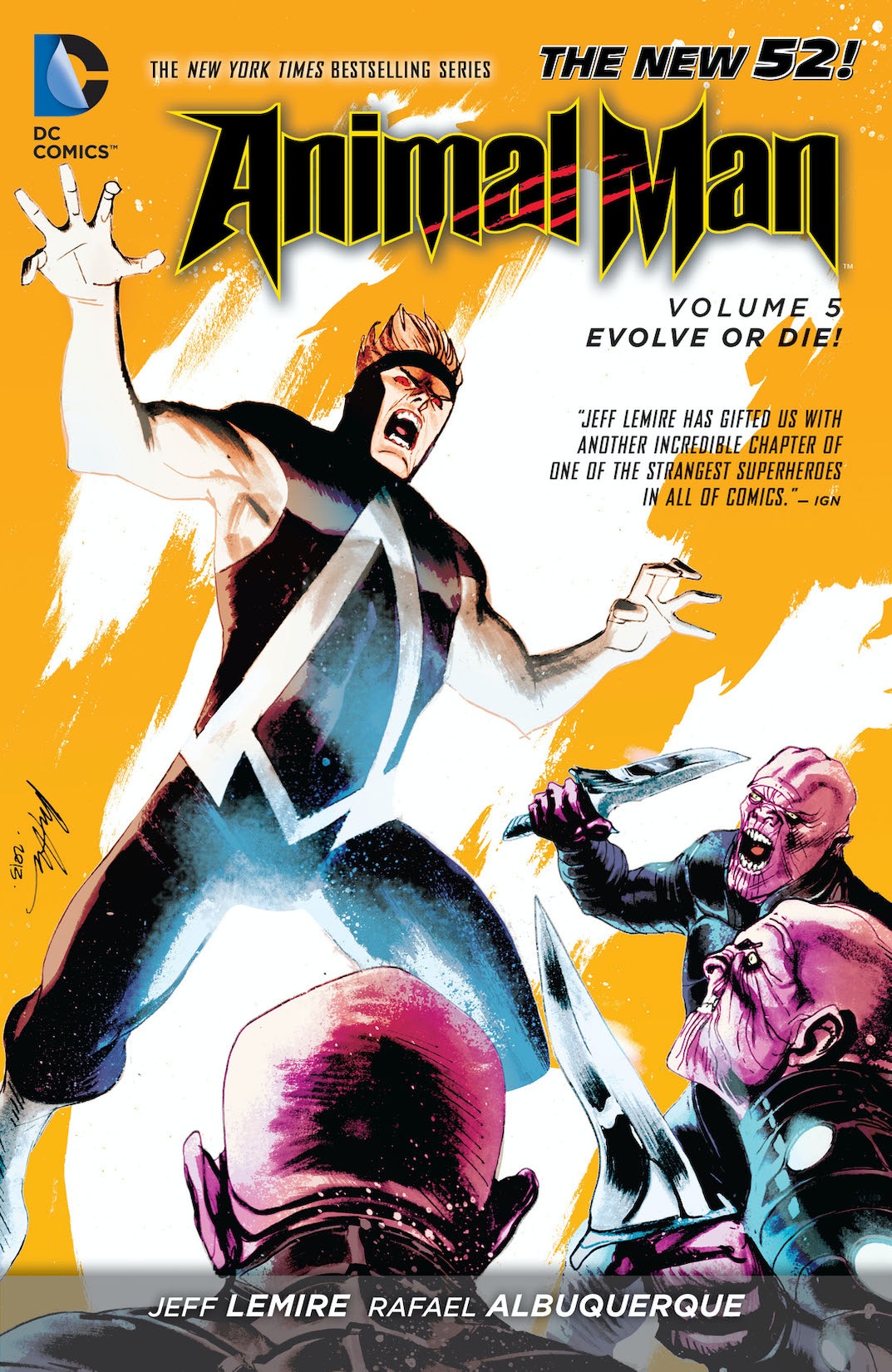 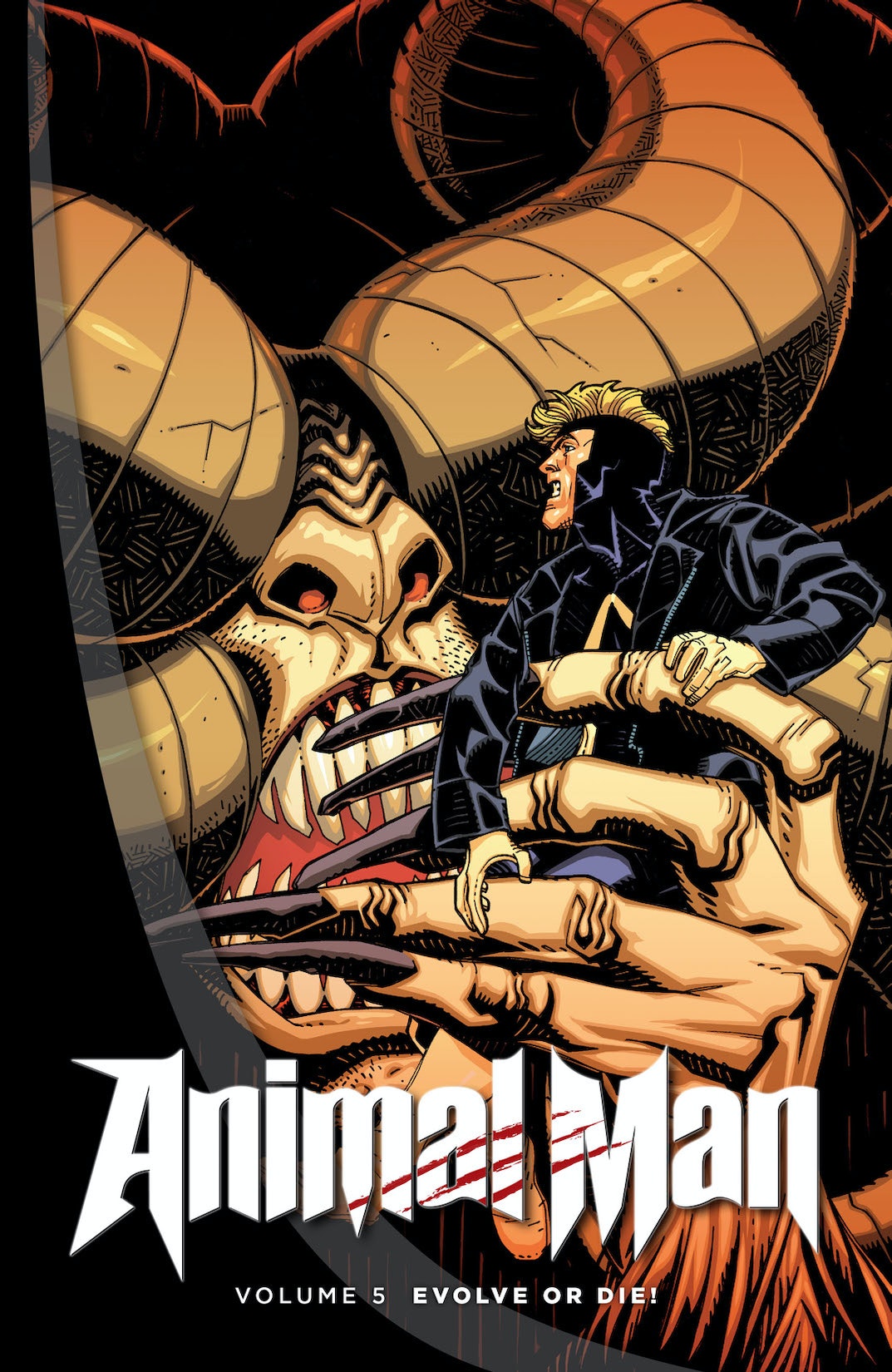 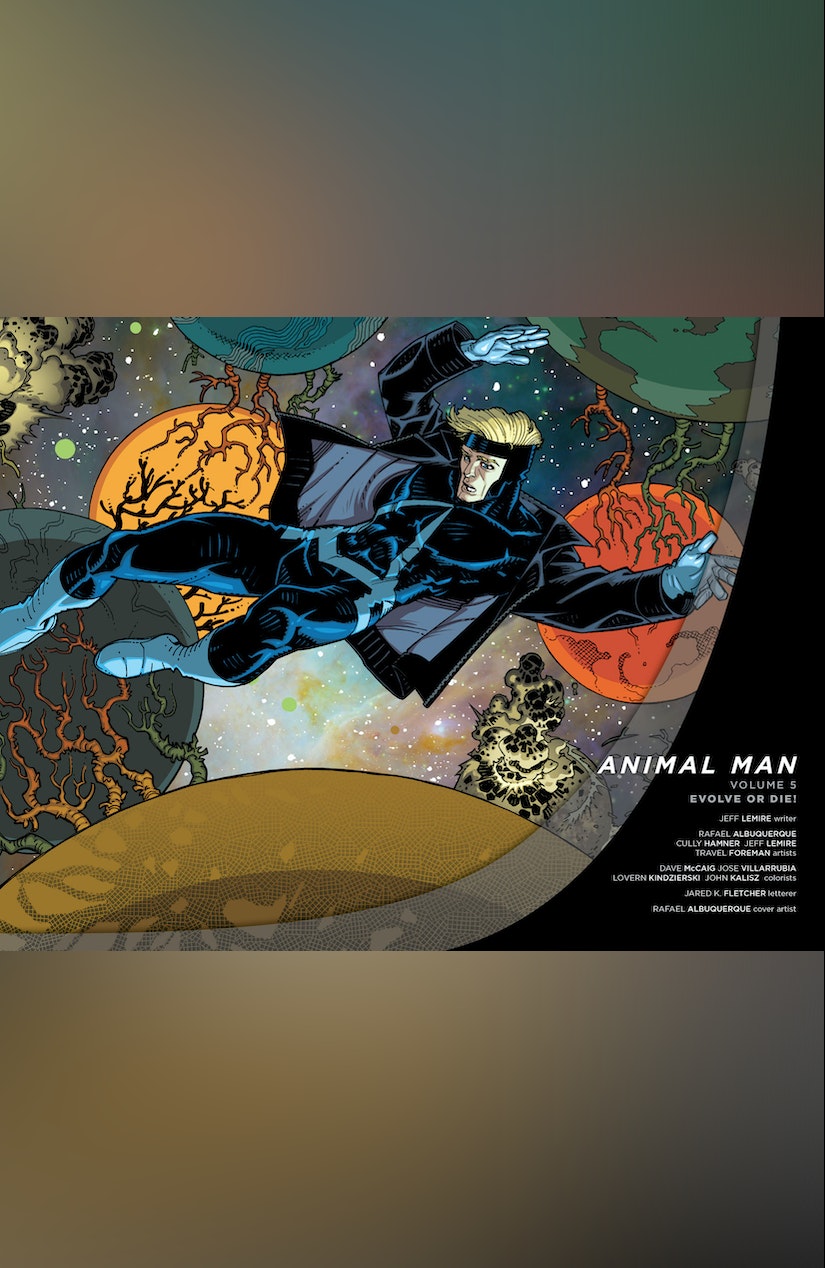 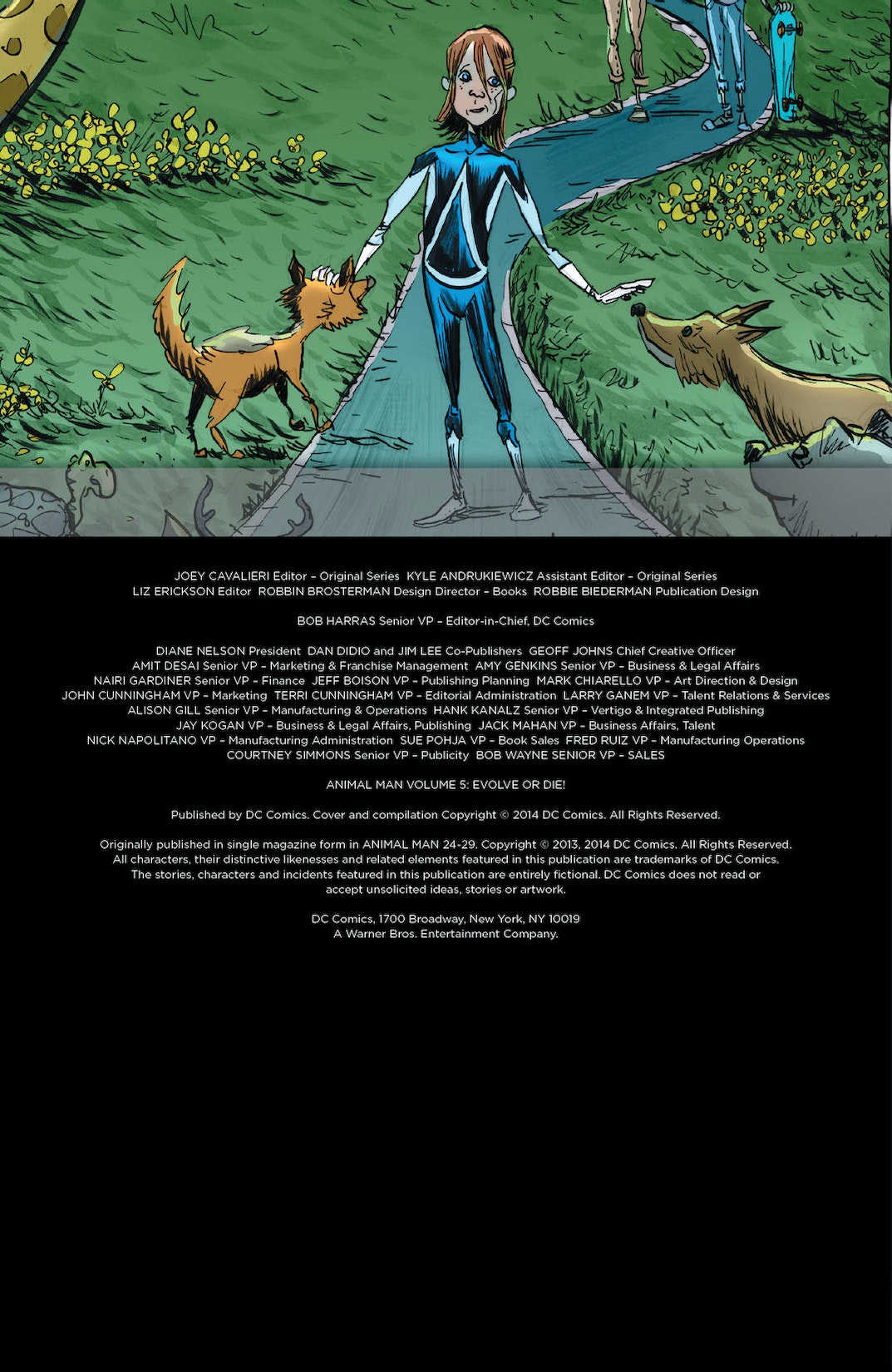 His name is Buddy Baker, but he's been called many things: superhero, avatar, actor, Animal Man. And all of it is about to end.of Limbs - guardians and governors of the life force of all animals known as the Red - has fallen, destroyed by a traitor in their ranks. Now the brutal Brother Blood is in the Red, a parasite perverting its power for his own wicked ends. Only two people stand between Blood and total domination: Animal Man, the Red's last avatar, and his daughter Maxine, destined to be the next. For Blood to reign, the Bakers must die. beyond the Red, even greater forces stir. The source of the power that animates Green, Red, and Rot alike is on the hunt for a new champion. Buddy Baker could be the savior it seeks. Now, to save the family he loves - the family he's almost lost - Animal Man has a choice. He must evolve to a new level of power…or die trying… MAN VOL. 5: EVOLVE OR DIE is the stunning conclusion to writer Jeff Lemire's acclaimed Animal Man saga, featuring art by Rafael Albuquerque, Travel Foreman, Cully Hamner, and Lemire himself! Collects issues #24-29.