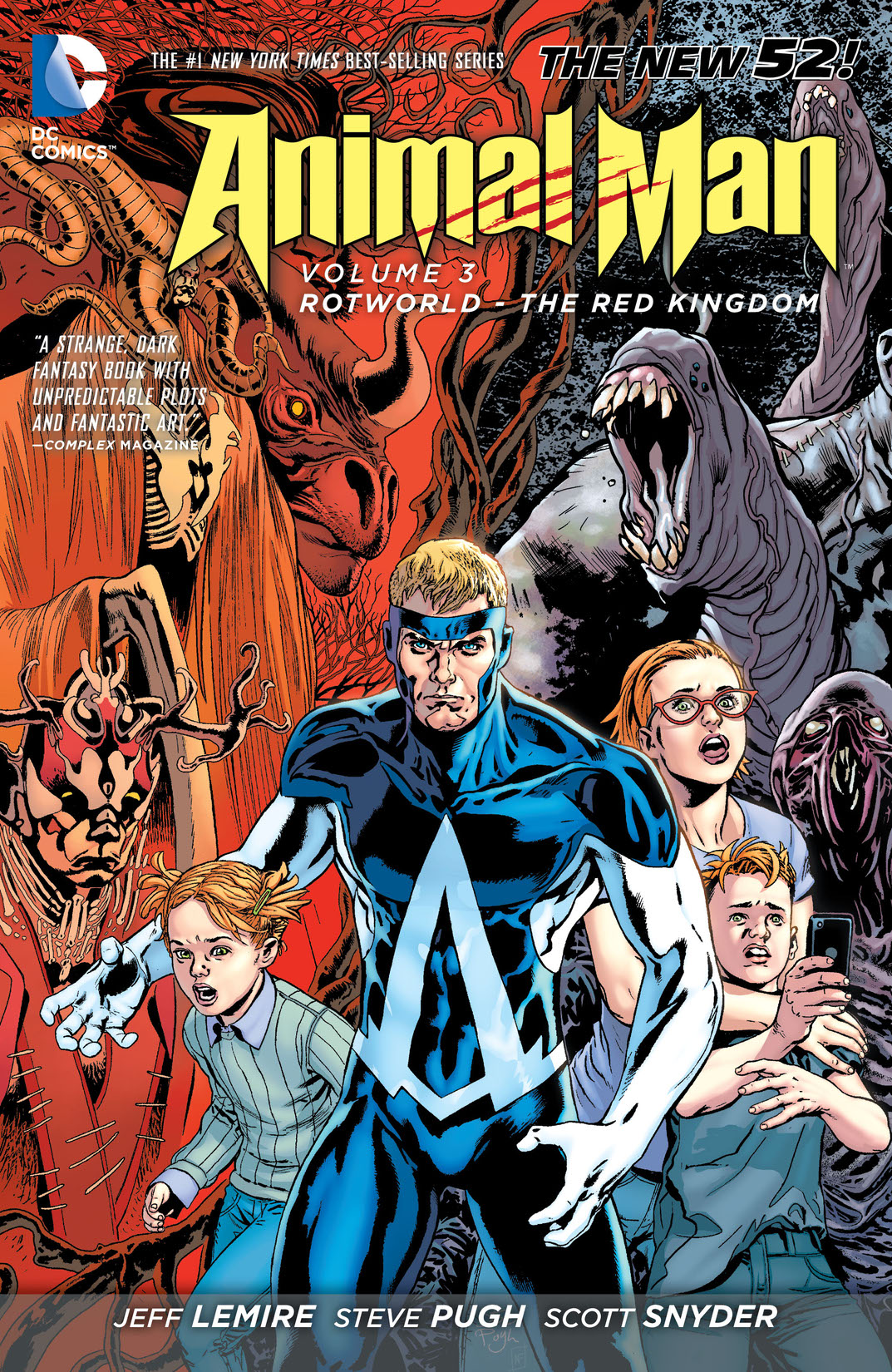 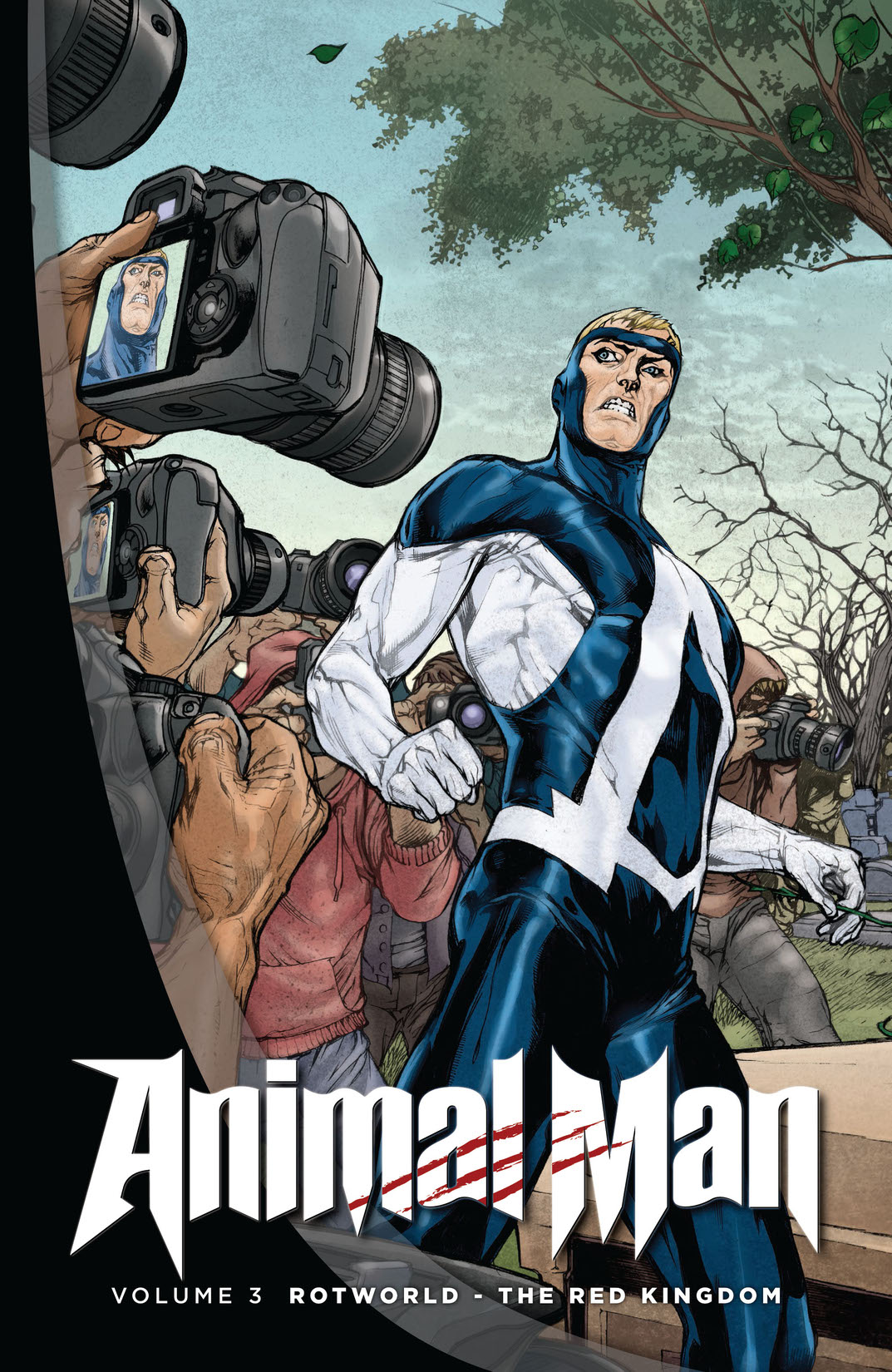 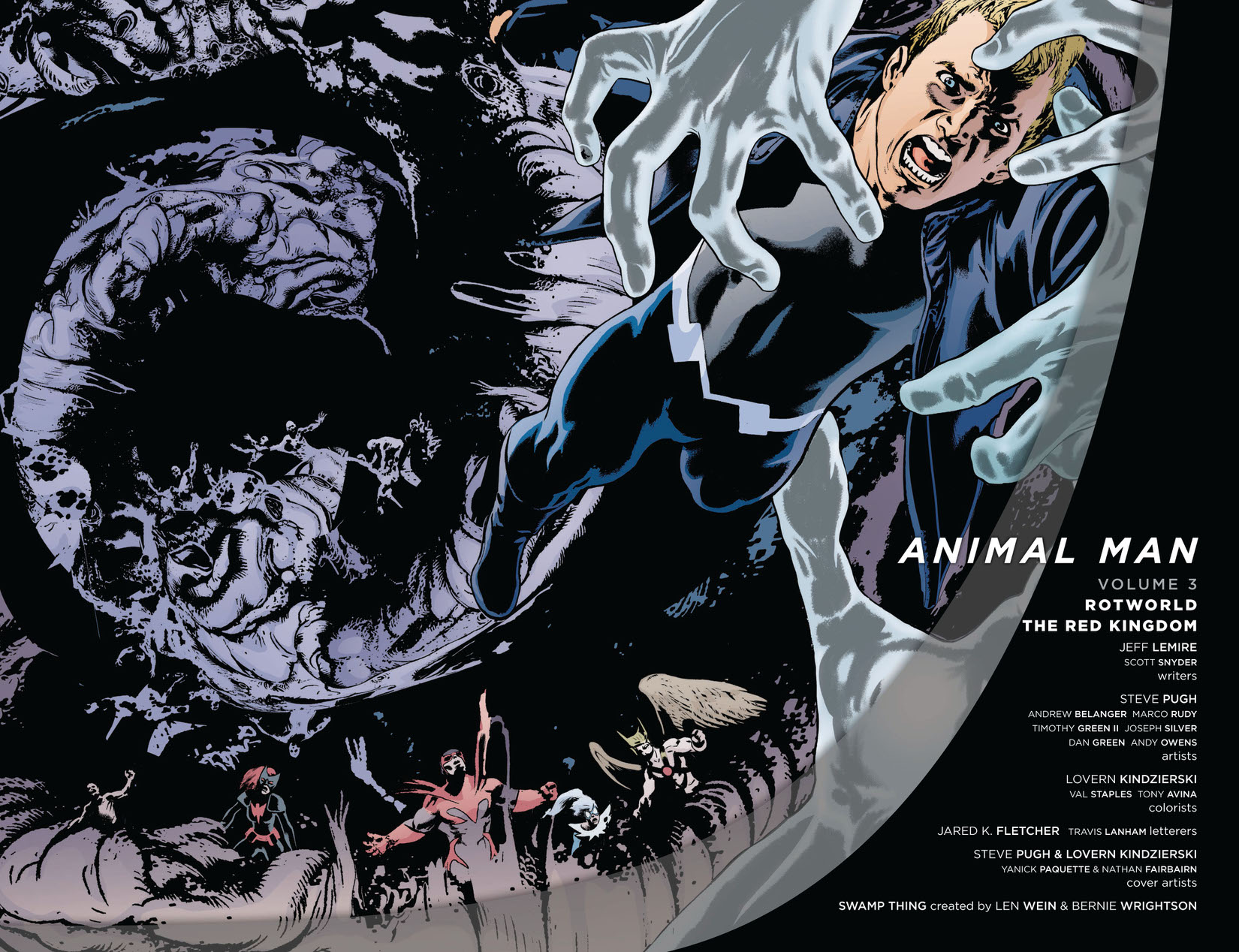 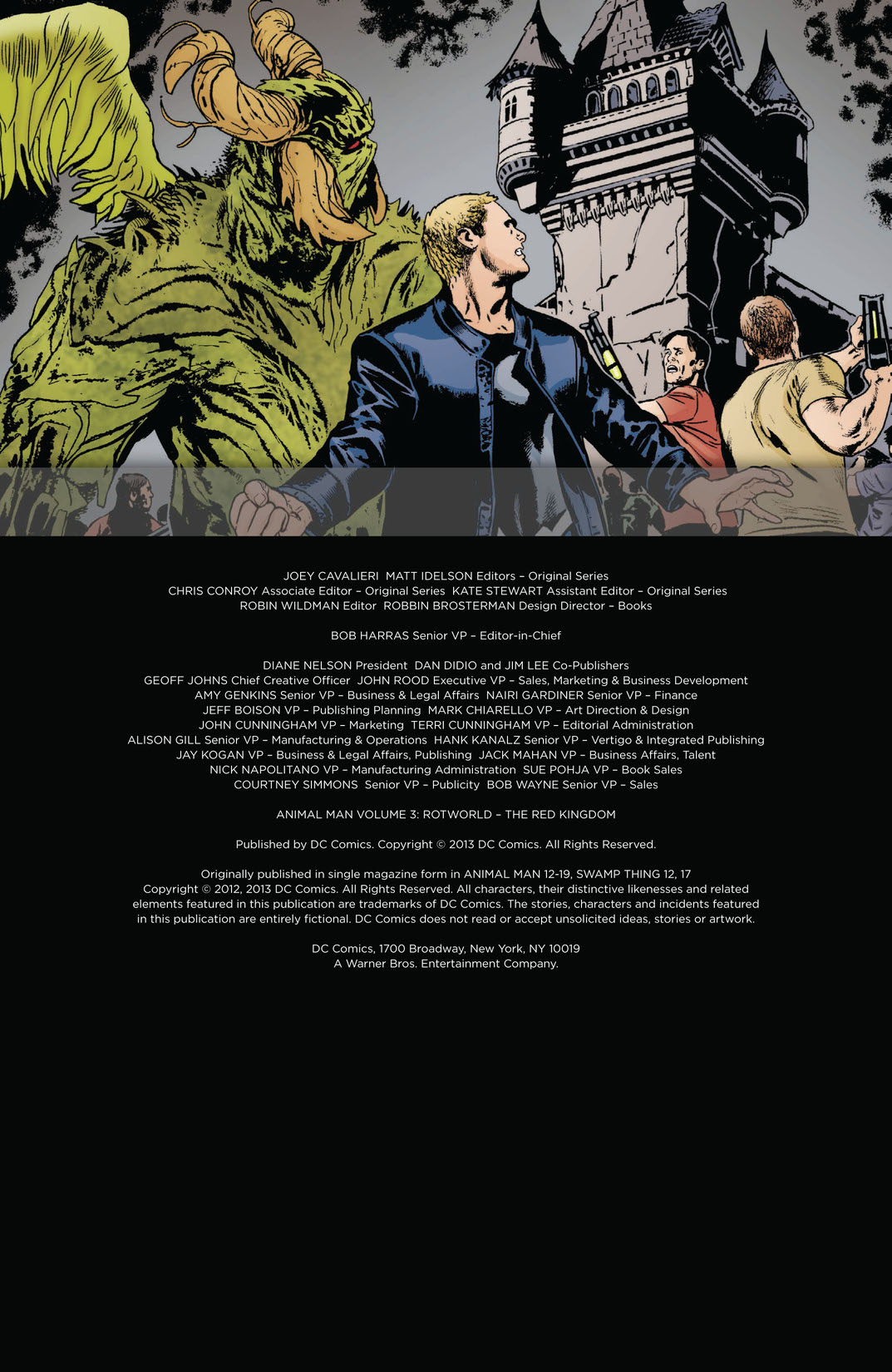 To defeat The Rot, the unstoppable forces of decay terrorizing Earth, Animal Man has joined forces with the Swamp Thing, avatar of all plant life. With the combined strength of The Red and The Green, the two venture deep into The Rot to attack their enemy in its seat of power. they were deceived. And as a result, The Rot was free to spread across the Earth unrestrained. Baker returns to a world where this withering force of death has won, and nearly all of Earth’s heroes are its agents. With the help of John Constantine, Steel and the last few living heroes, Buddy must risk everything to ensure that Rotworld never takes root. when you risk everything...you must be prepared to lose everything. Critically acclaimed writers Jeff Lemire (JUSTICE LEAGUE DARK, SWEET TOOTH) and Scott Snyder (BATMAN, AMERICAN VAMPIRE) join together for an epic team-up tale between the DC Universe’s strangest heroes, with the help of artists including Steve Pugh (JOHN CONSTANTINE, HELLBLAZER), Marco Rudy (FINAL CRISIS) and Timothy Green II (RED HOOD AND THE OUTLAWS). Collects ANIMAL MAN #12-17 and SWAMP THING #12, #17-18.