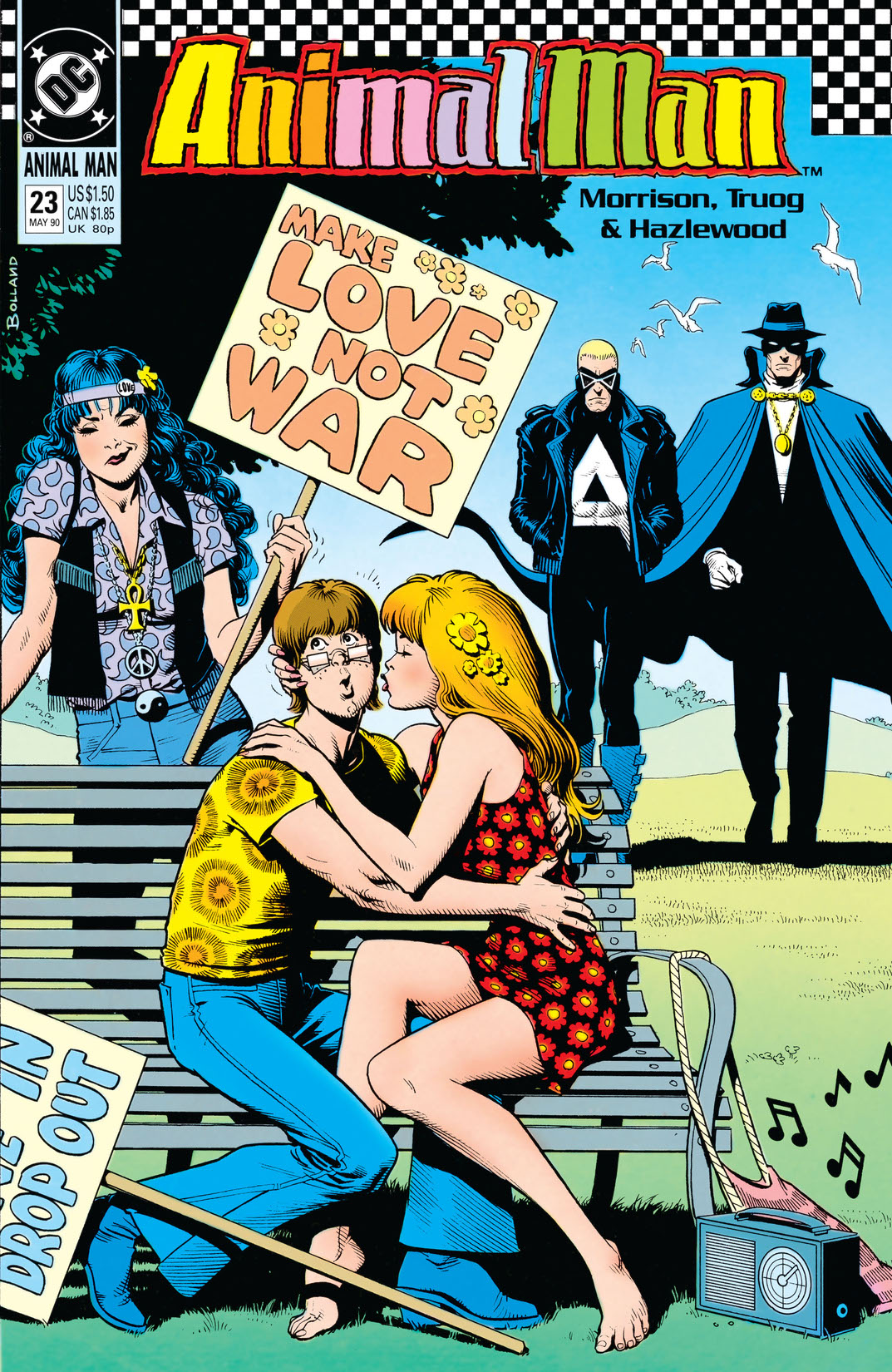 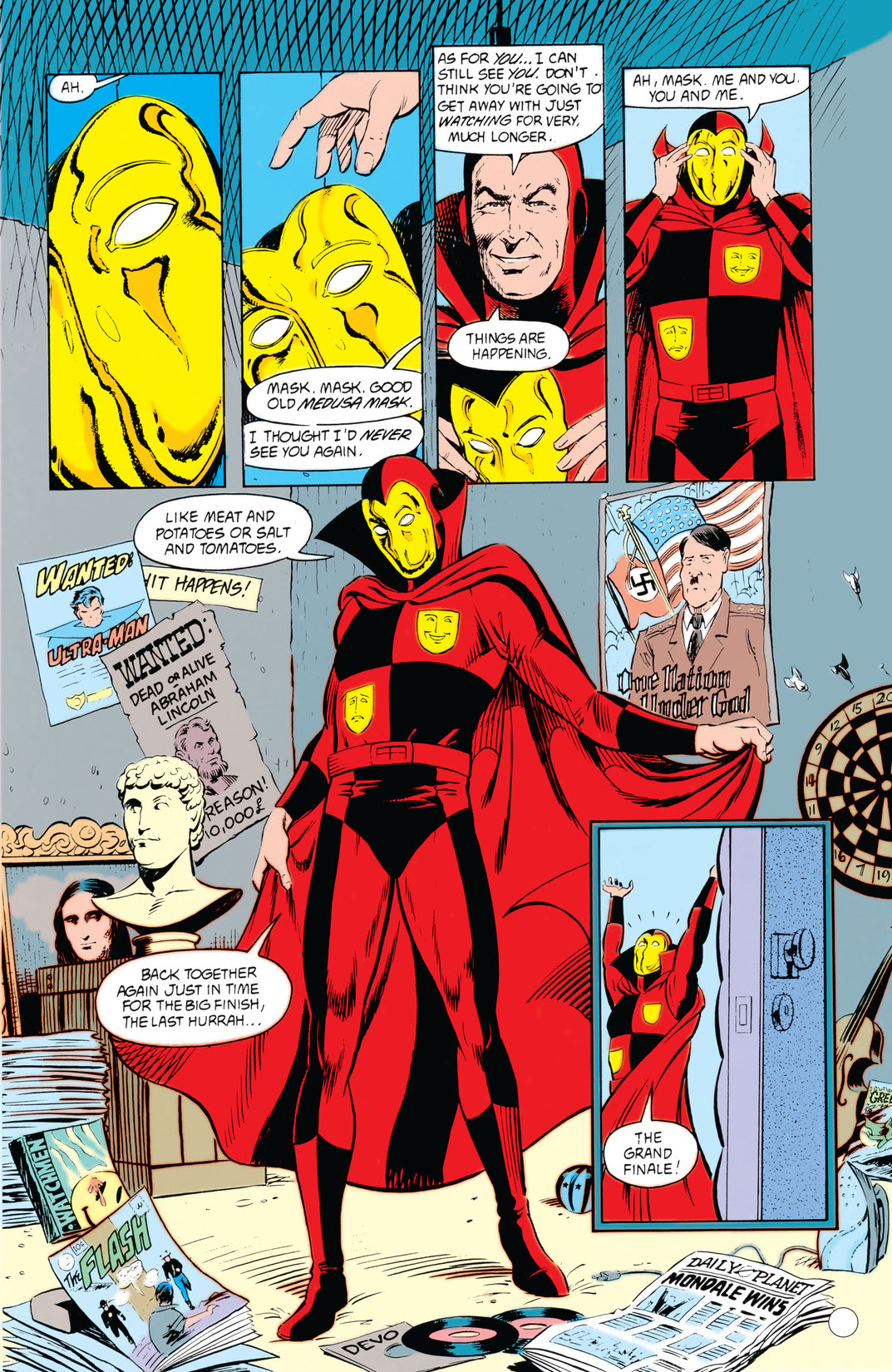 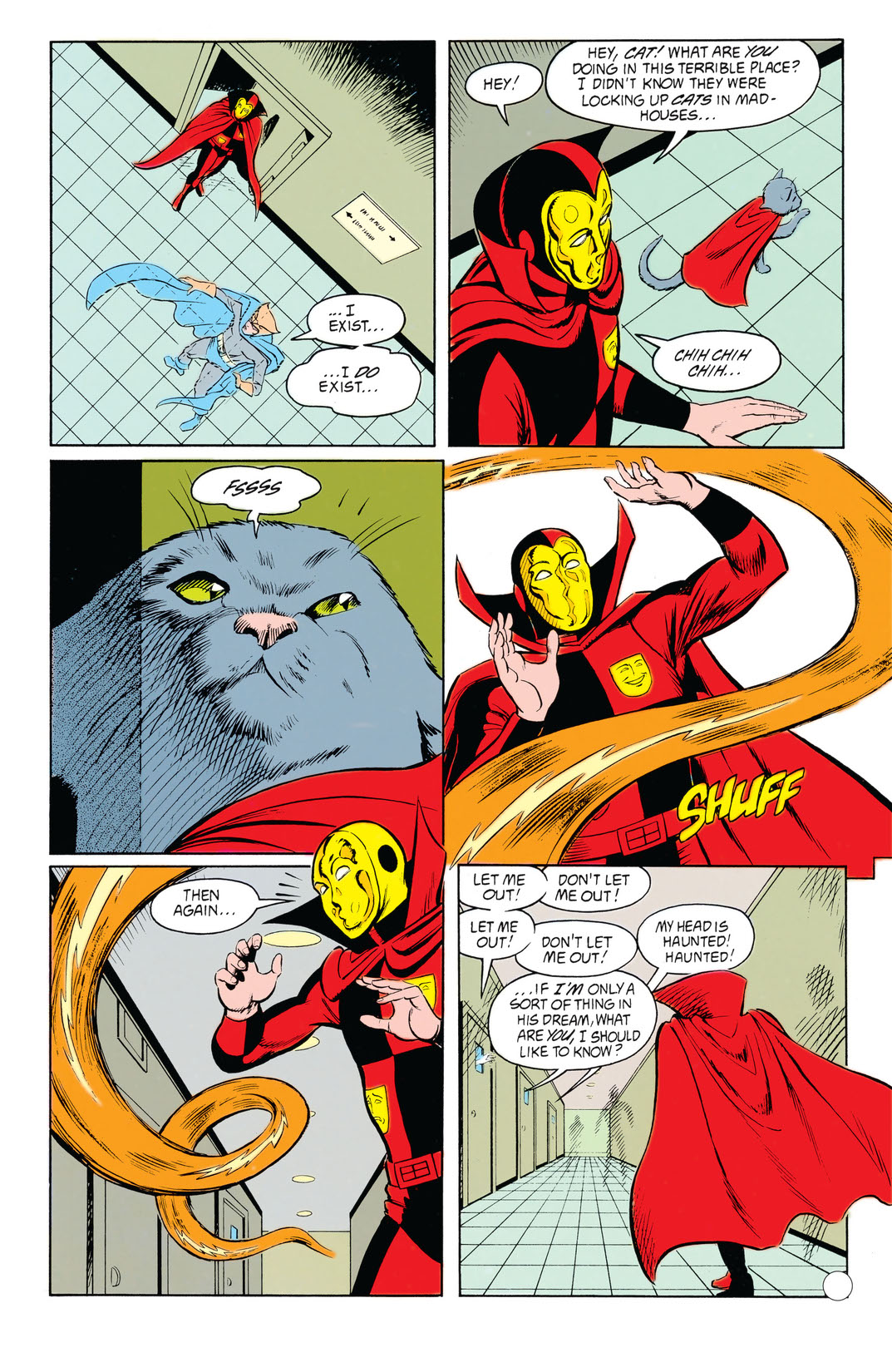 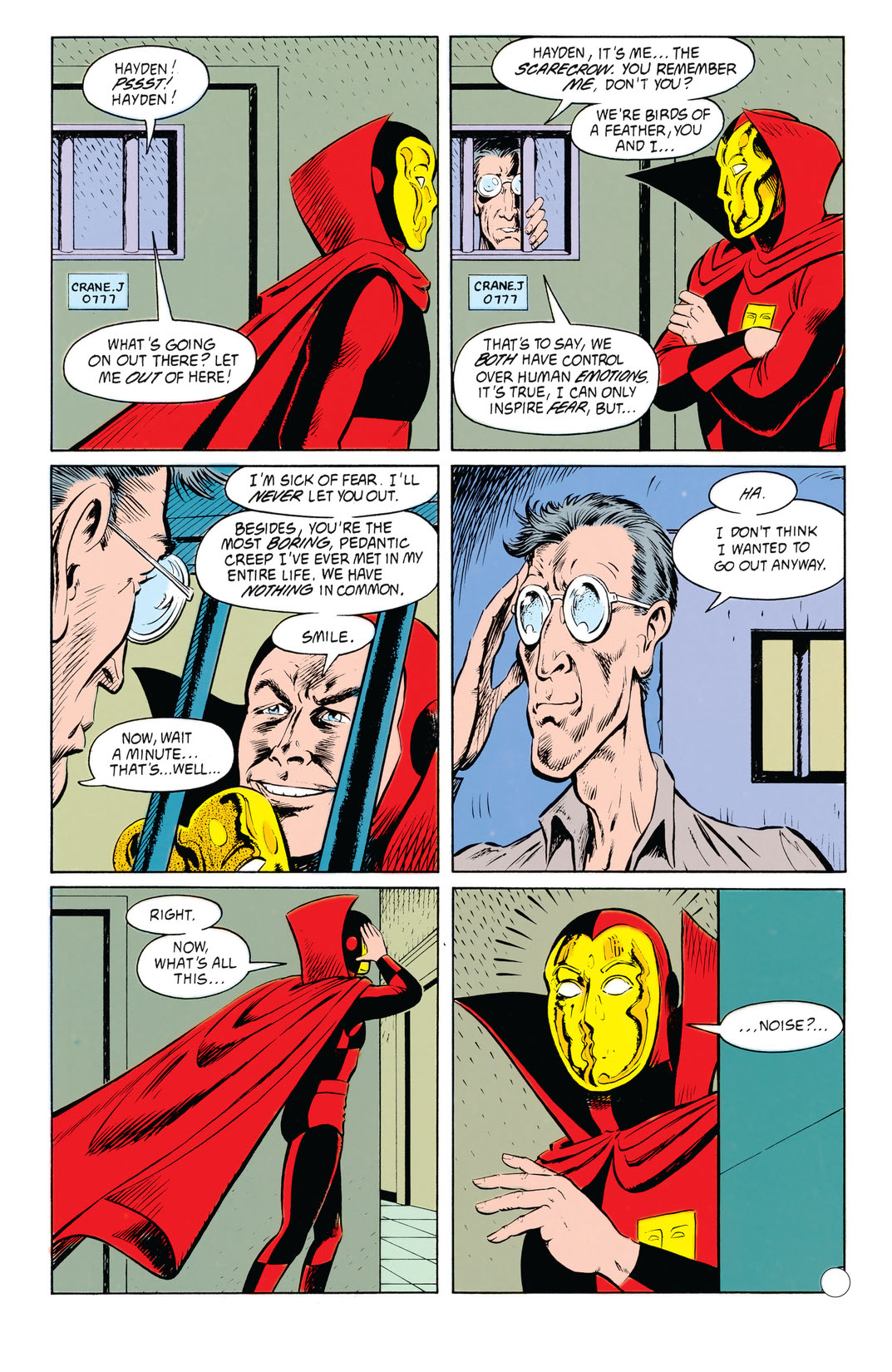 As Animal Man takes a stroll with the Phantom Stranger and meets some very interesting individuals, Psycho Pirate, the man who can control others emotions and the only person in the DC Universe who remembers the multiverse that existed before the events of Crisis on Infinite Earths awakens in Arkham Asylum. Psycho Pirate's memories come back to haunt him literally and the effects could prove disastrous for current continuity. This one has guest-stars galore featuring the Phantom Stranger, the Immortal Man, Jason Blood (the Demon), Ultraman, Johnny Quick, and Power-Ring (of the Crime Syndicate of Amerika), Aquagirl, Sargon the Sorcerer, Overman, Detective Chimp. And more.