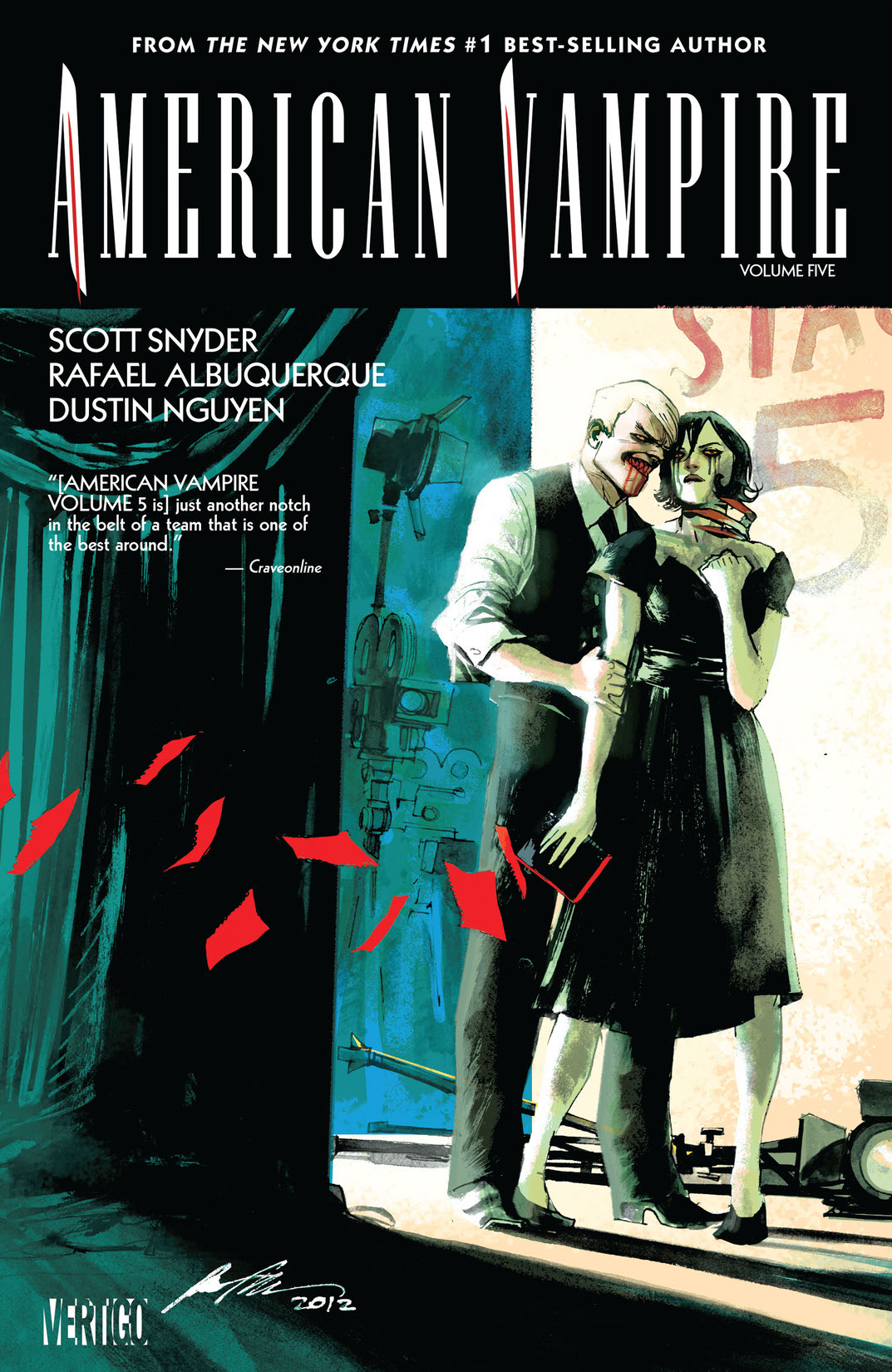 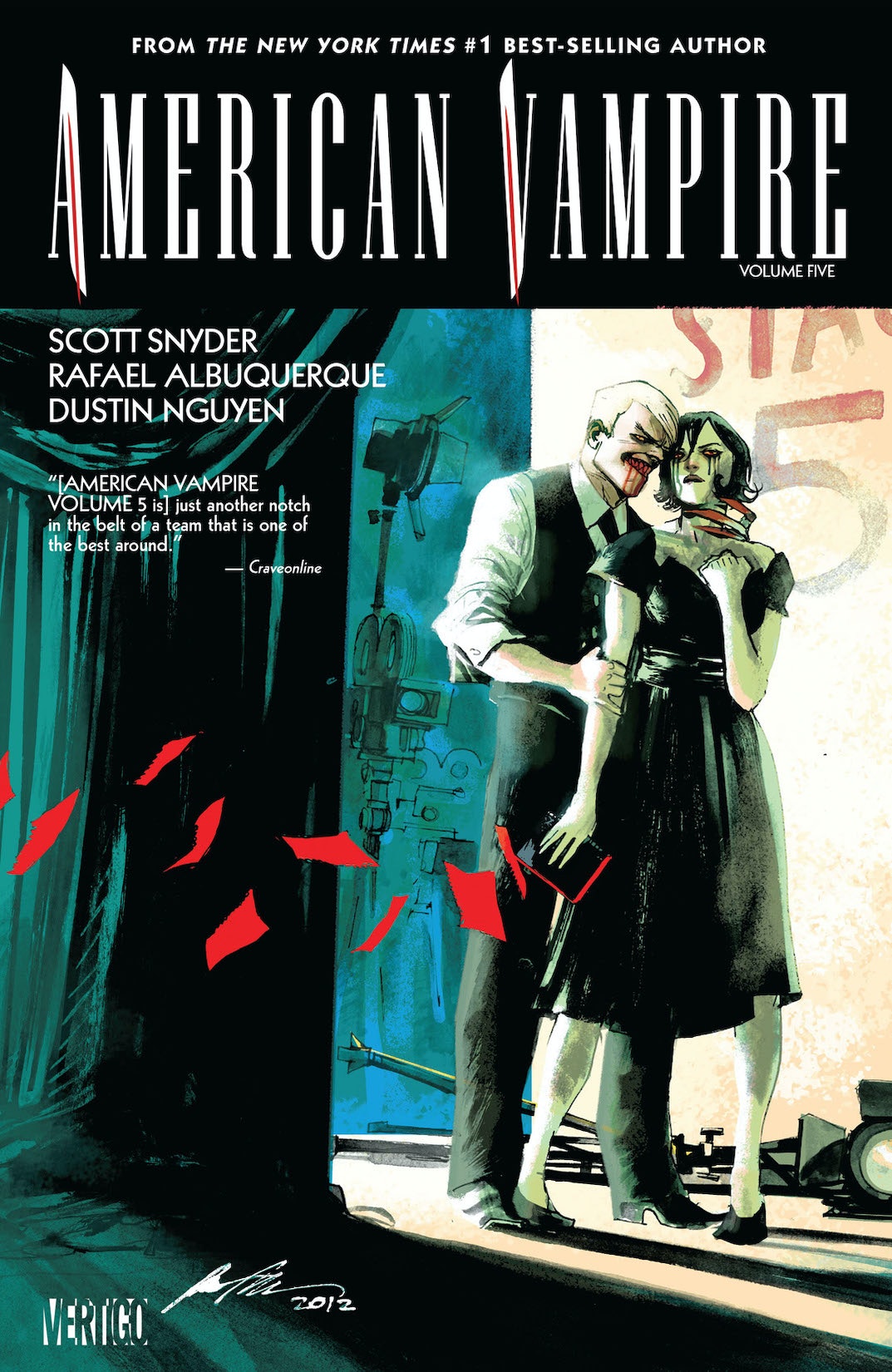 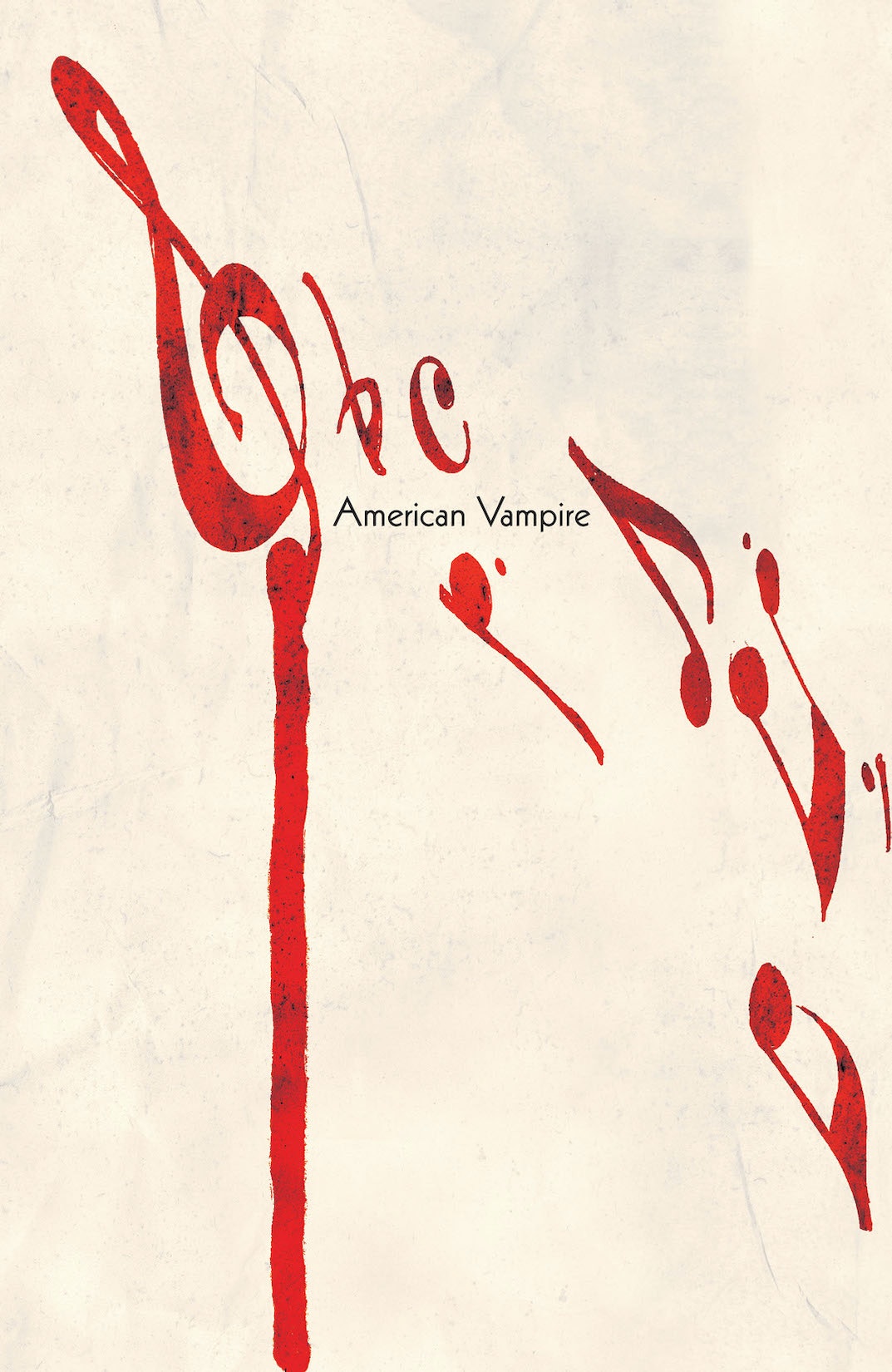 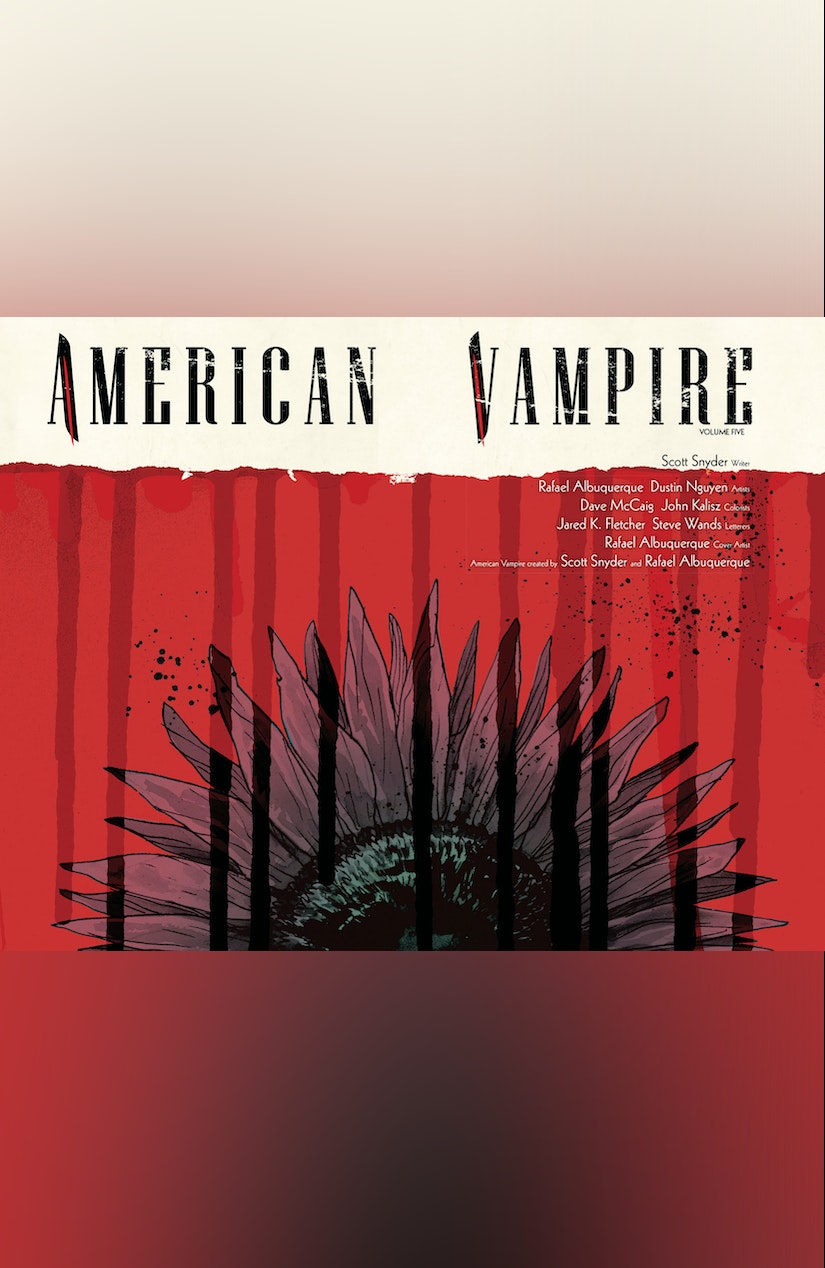 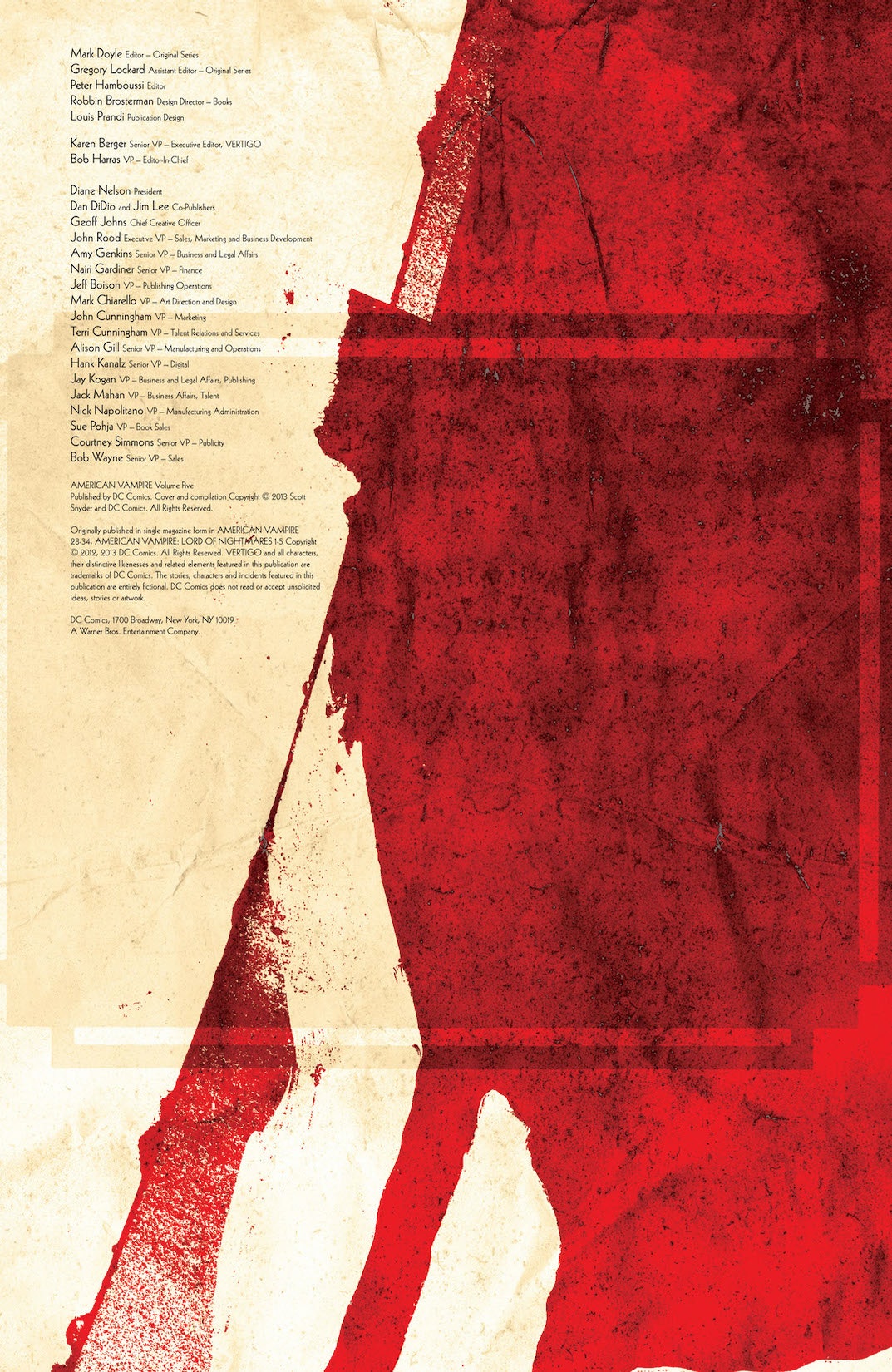 In the first story, series mainstays Skinner Sweet, Pearl and company return to Hollywood in the 50s during the Red Scare. In a time where America was on the lookout for the next Communist threat, was the real danger something far more insidious? A major turning point in AMERICAN VAMPIRE lore begins here! In the second tale, familiar face and vampire hunter Felicia Book is "retired" from vampire hunting when she gets called back into action to track down and kill the most powerful vampire of all time. The hunt takes our heroes through post-war Europe, behind the Iron Curtain and into the heart of Russia to track this deadly enemy…