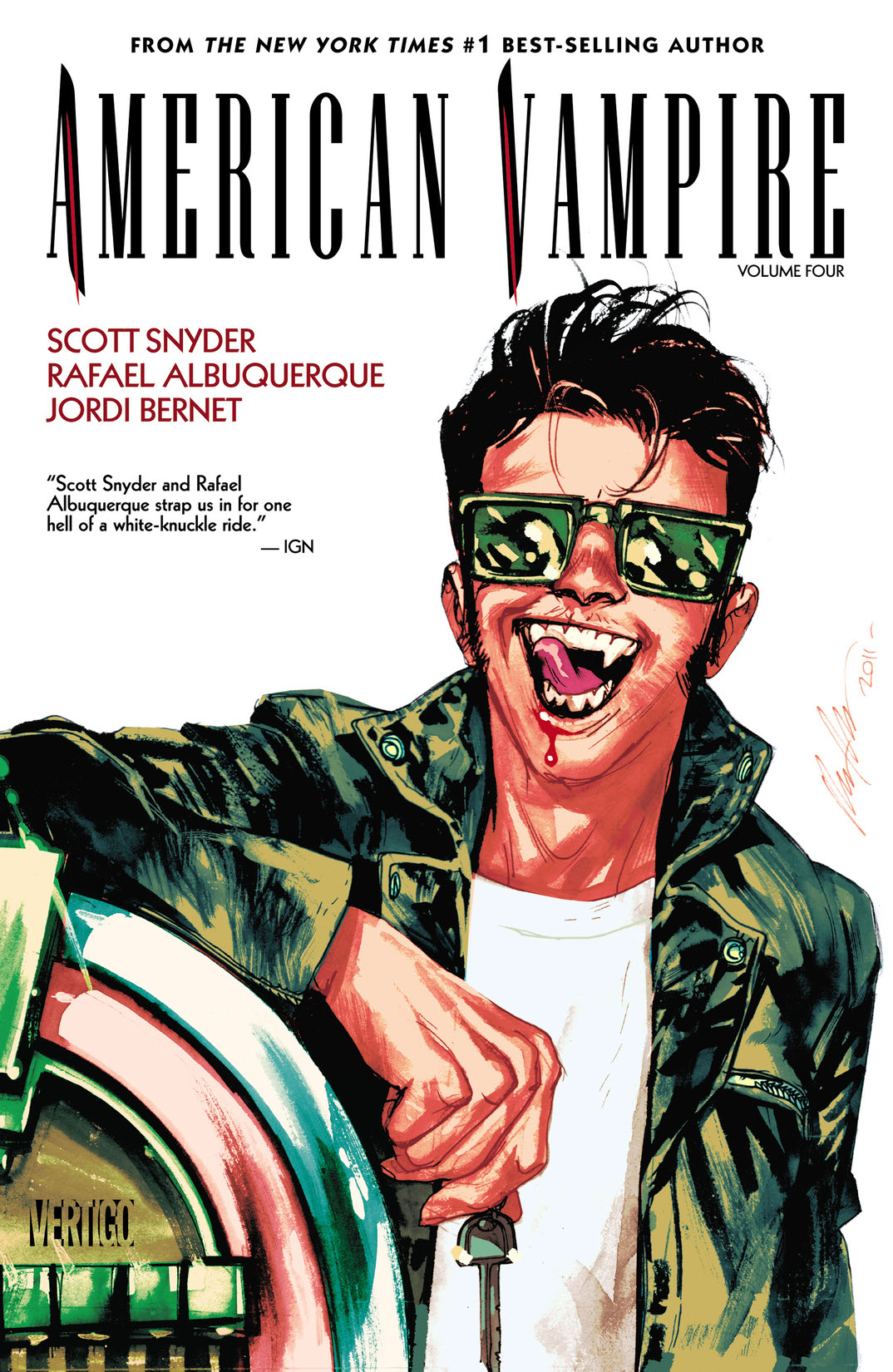 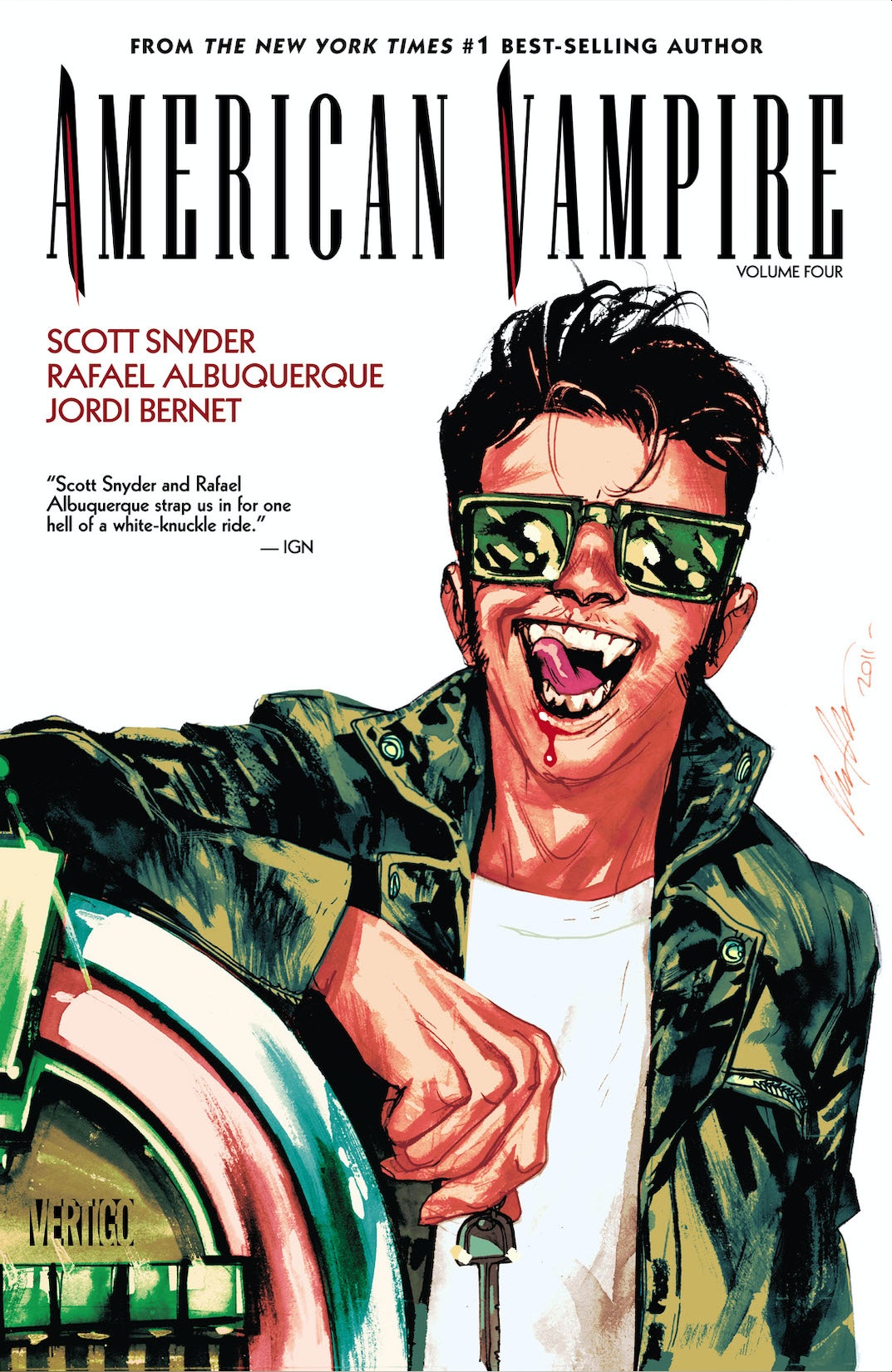 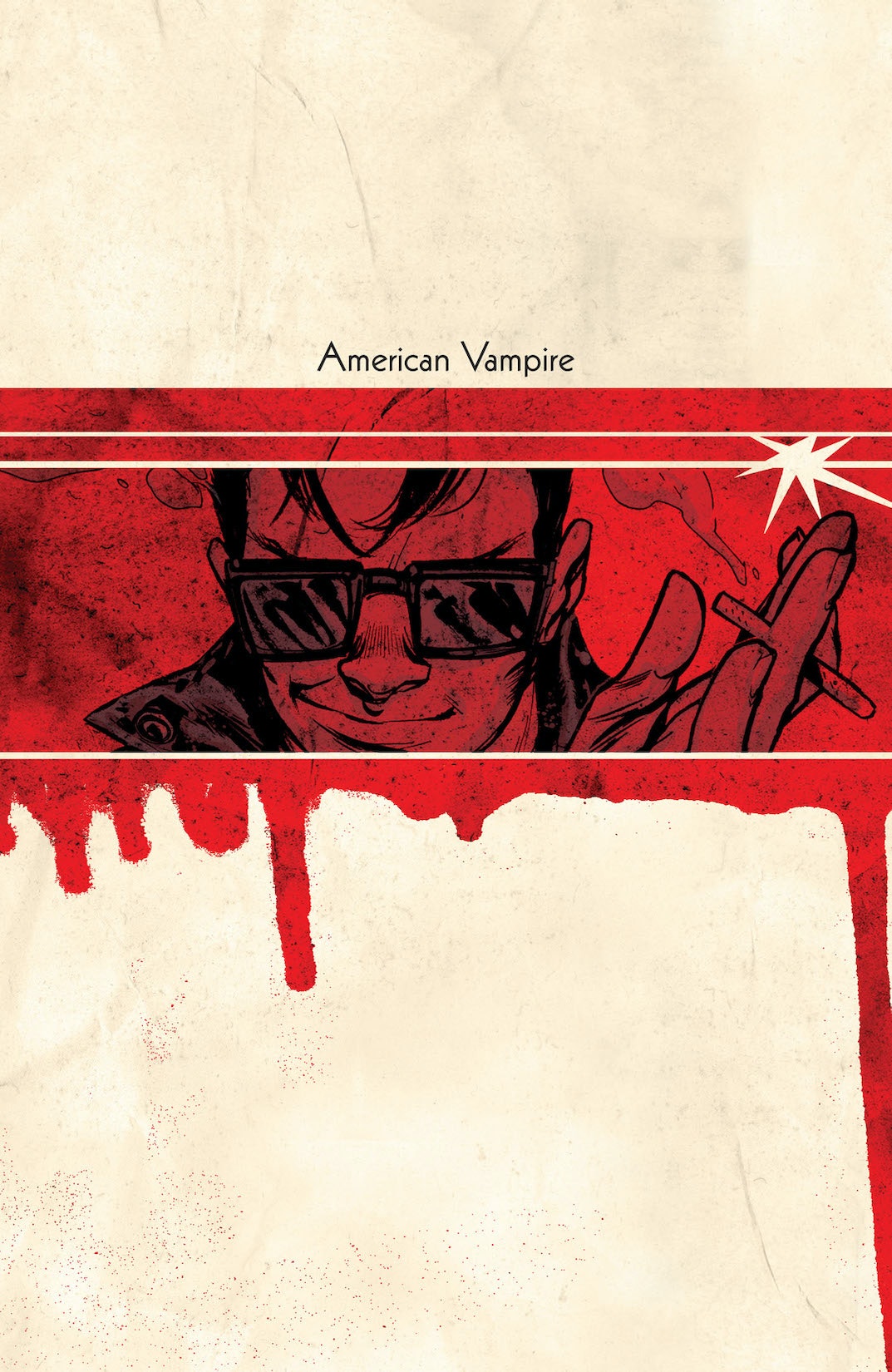 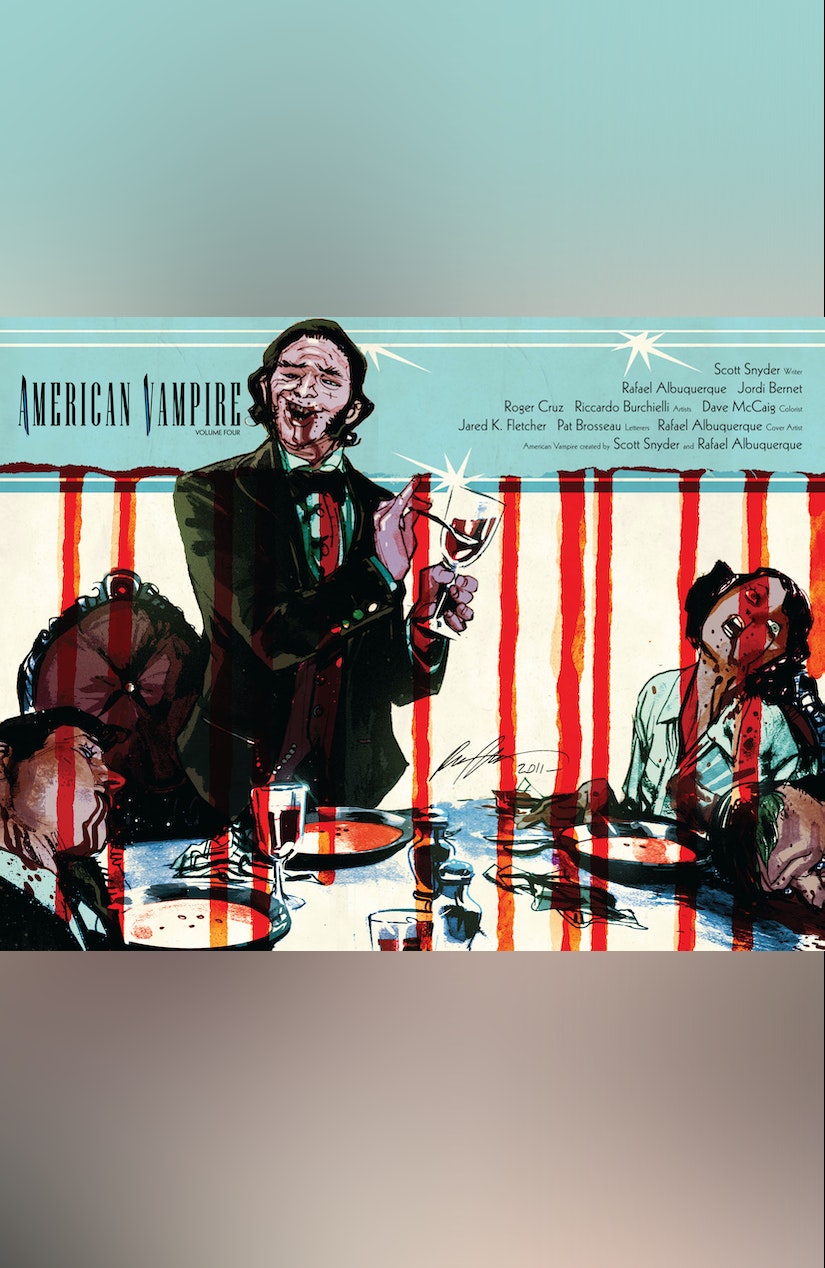 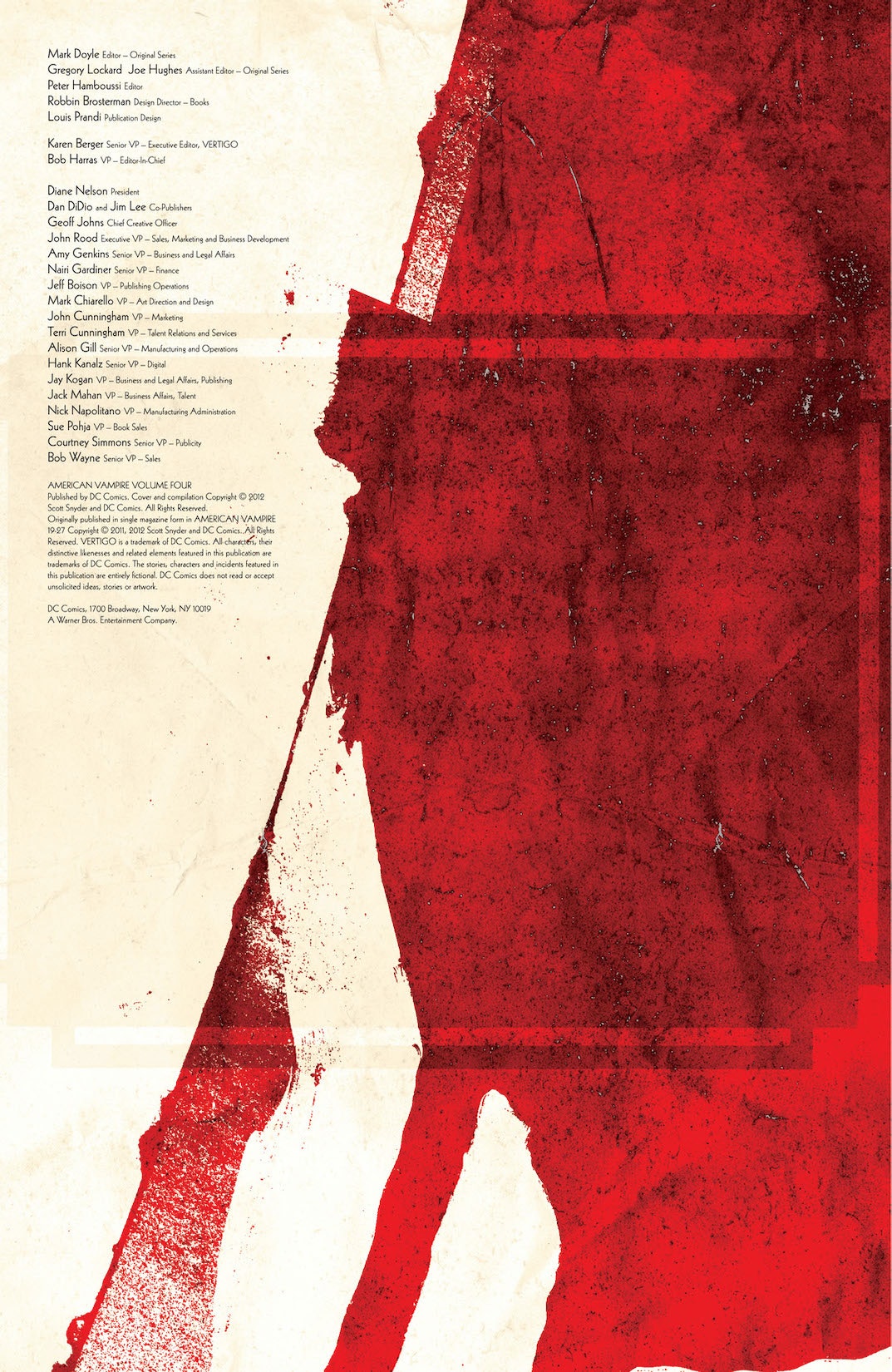 AMERICAN VAMPIRE flashes back to two very distinct points in American history. The first tale comes from the early 1800s with the "The Beast in the Cave" featuring art by the legendary Jordi Bernet (Torpedo, JONAH HEX). Learn about the original American Vampire, Skinner Sweet, and his involvement in the brutal Indian Wars, and an ancient evil hidden in the heart of the Old West. Plus, more about the man Skinner used to call his best friend--James Book! The second tale comes straight from1950s America, where AMERICAN VAMPIRE is terrorizing the suburbs with hot rods, teenyboppers and fangs! "Death Race" focuses on ferocious new vampire hunter Travis Kidd--but what is his connection to Skinner Sweet? As the story comes to a violent end, a sworn enemy's identity is finally revealed, and lots of blood is spilled! Writer Scott Snyder (BATMAN, SWAMP THING) and artist Rafael Albuquerque bring together even more threads to the complex tapestry that is the world of AMERICAN VAMPIRE.