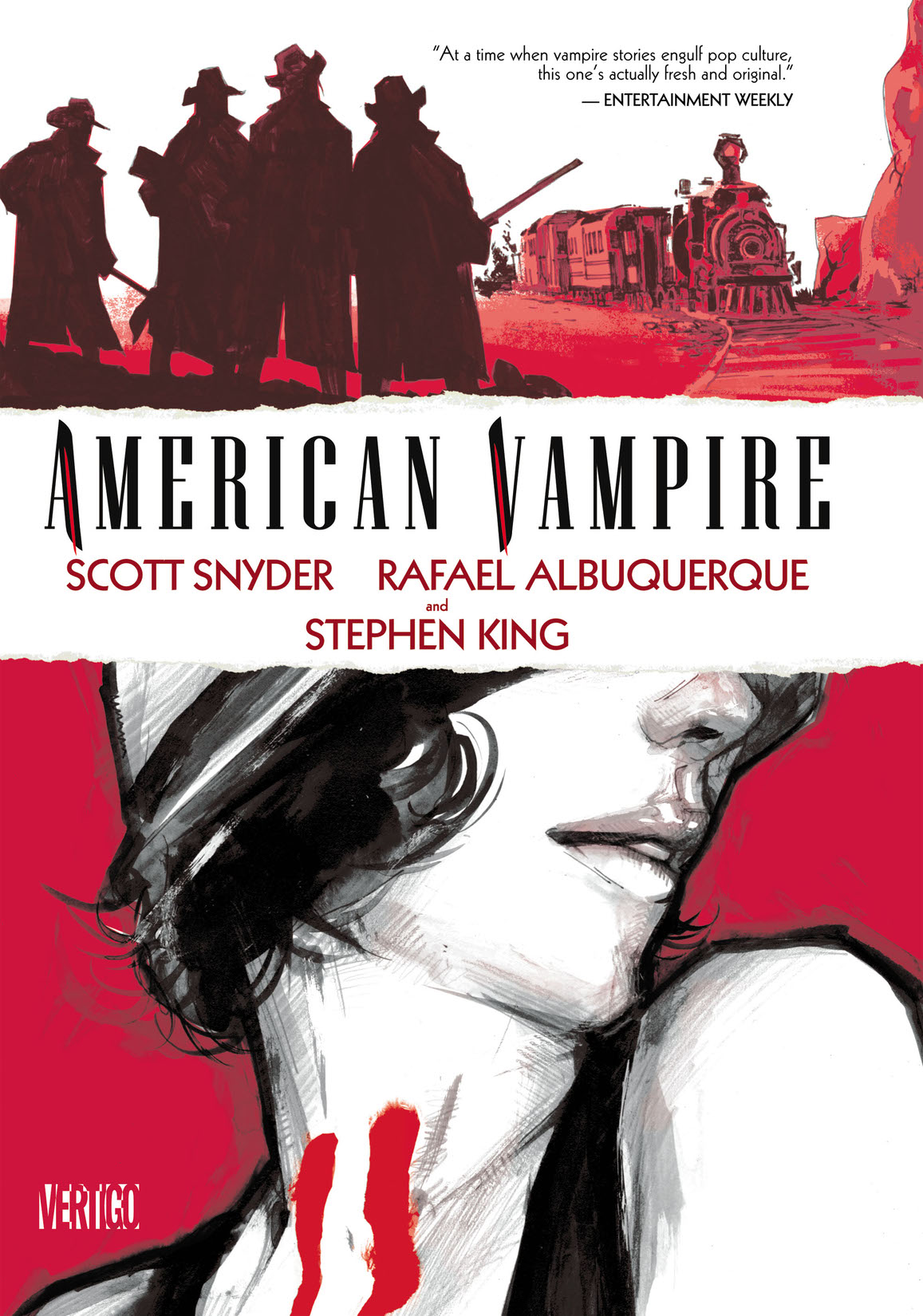 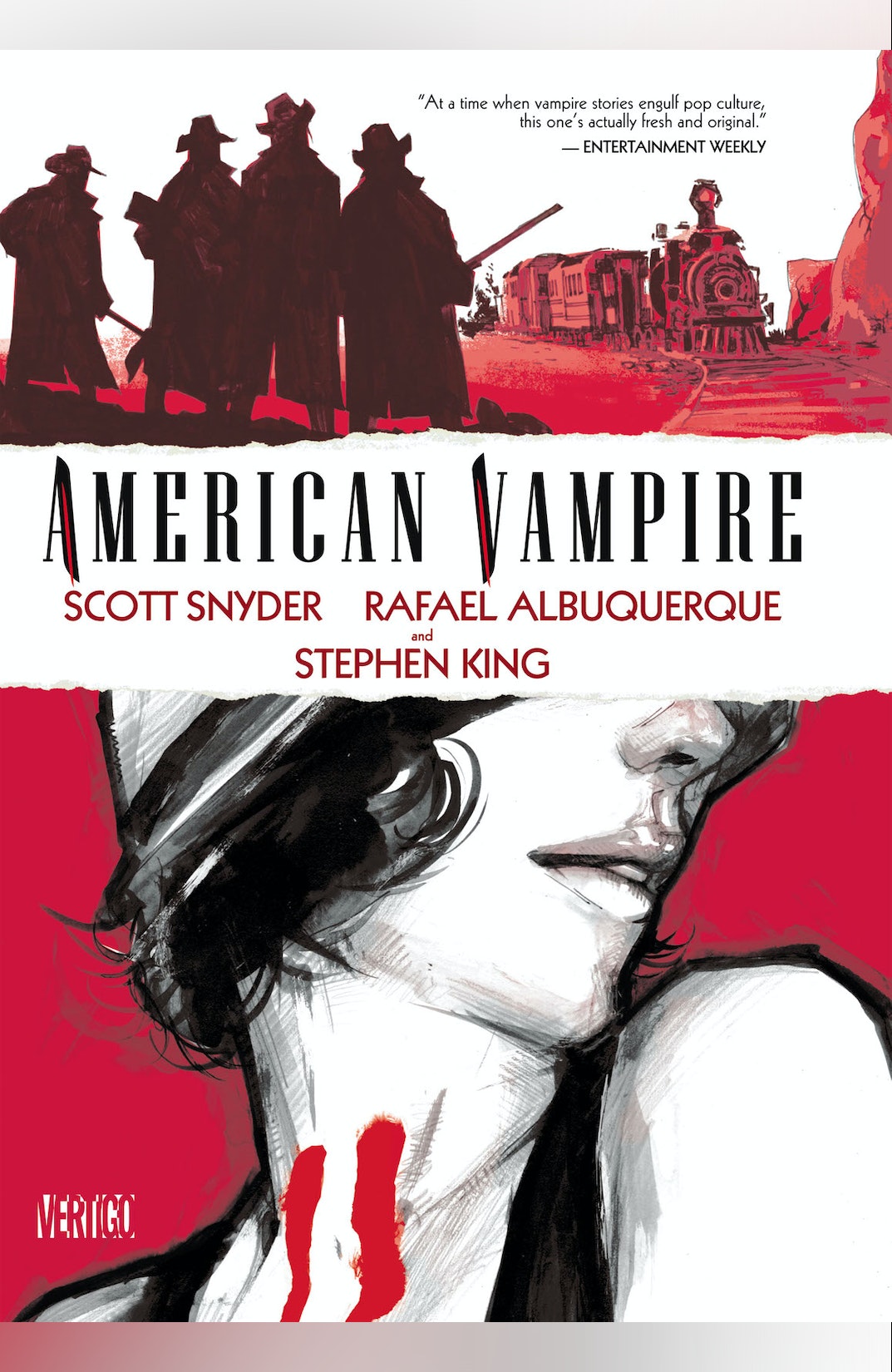 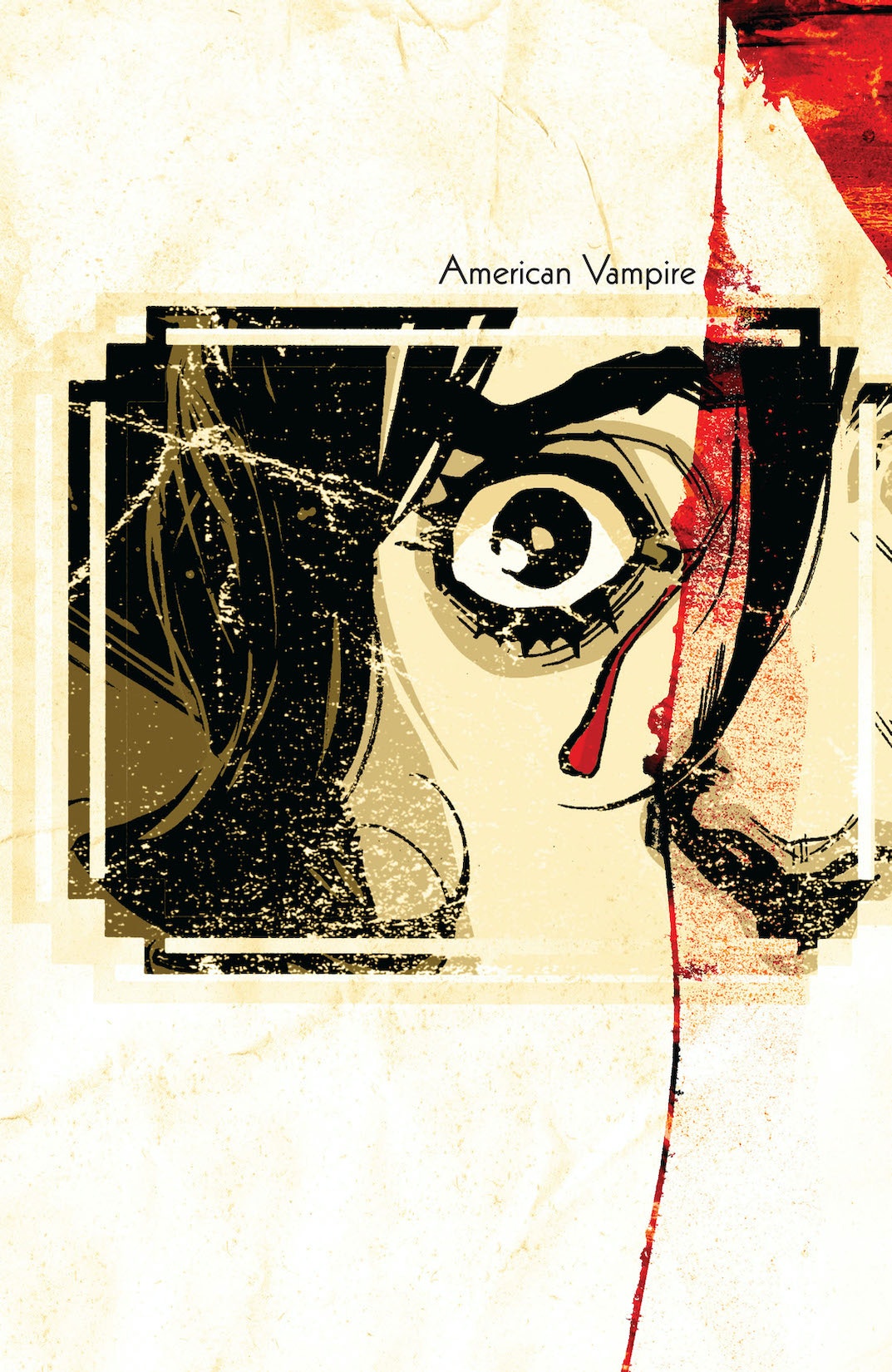 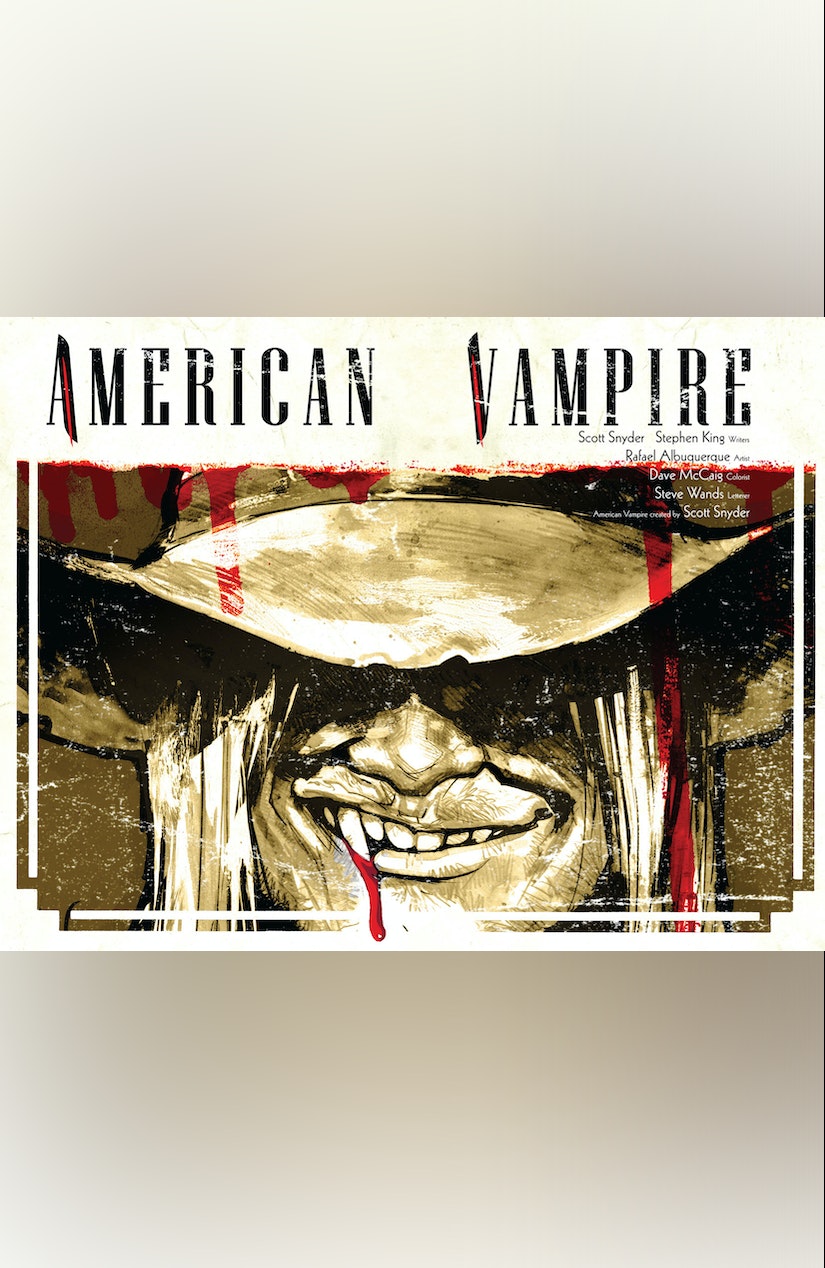 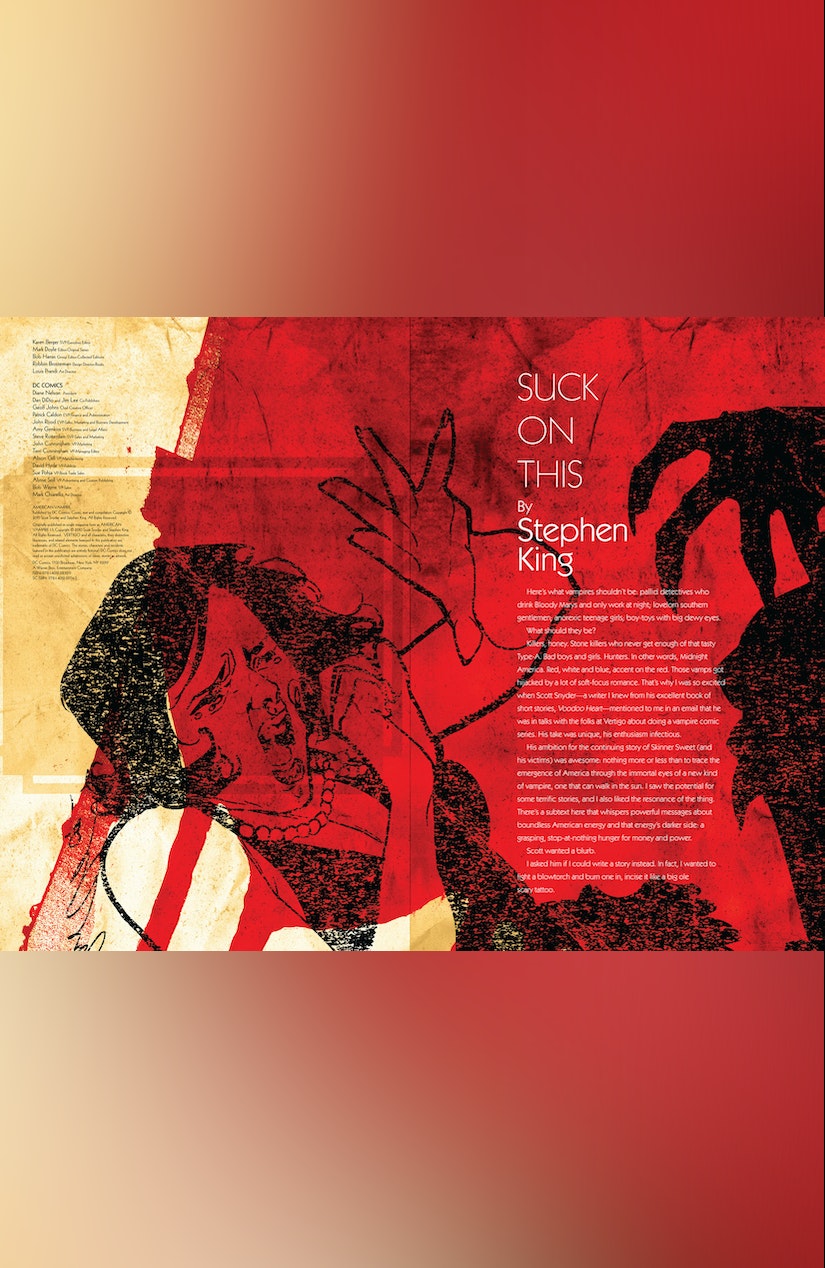 This volume follows two stories: one written by Scott Snyder and one written by legendary horror writer Stephen King. In Snyder’s story set in 1920s LA, we follow Pearl, a young woman who is turned into a vampire and sets out on a path of righteous revenge against the European vampires who tortured and abused her. This story is paired with King’s story, a Western about Skinner Sweet, the original American vampire-a stronger, faster creature than any vampire has ever seen before.